Traditional Shanghai cuisine is best described as hearty comfort food. But the city is also home to scores of refined restaurants that tout celebrity chefs from the major capitals of the world. Here is our guide to food and eating in Shanghai. 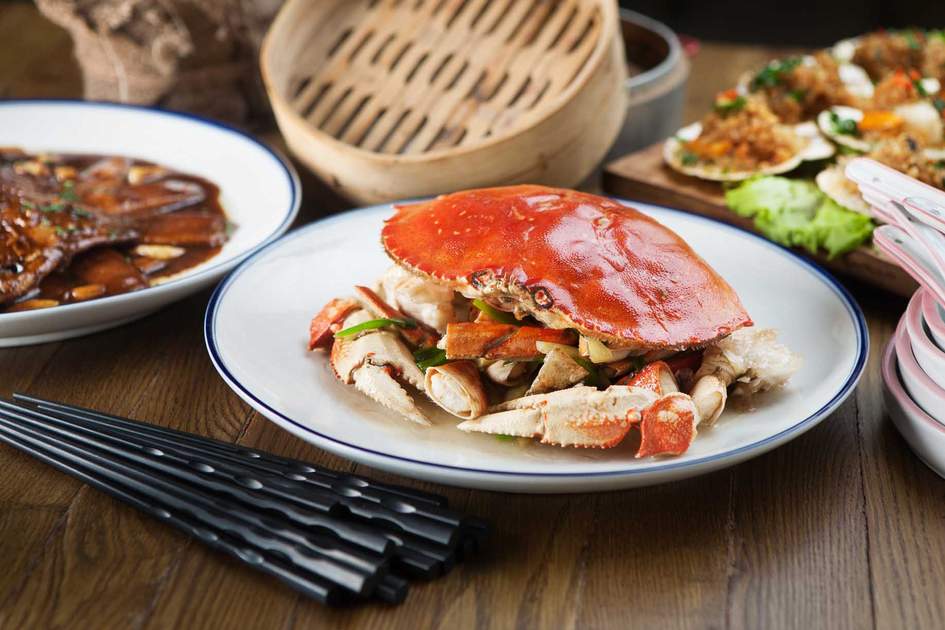 From crispy fried crullers for an early breakfast to a late-night snack of steamed dumplings, it is clear that Shanghai is a city that loves to eat, 24 hours a day. At first light, cooks begin crowding the produce markets, starting the cycle of buying, preparing, eating and talking about food that is central to the Chinese way of life.

Shanghai cuisine has its roots in hearty peasant cooking. With its long-simmered stews and sauces, sweetened for the child in all of us, this is comfort food not haute cuisine. However, its emphasis on seasonality and freshness elevates it from being ordinary. With its rustic roots, the preparation of Shanghai cuisine is far less complex than that of its Cantonese or Beijing cousins. There are only three major methods of preparation: hongshao or red-cooked (with sugar and soy sauce), stewed or simply stir-fried with ginger and scallions.

The sea and rivers that feature so prominently in Shanghai’s history play an equally important role in shaping its largely seafood-based cuisine. The most famous dish is Shanghai’s signature dazha xie or ‘hairy crab’. The crustacean gets its name from the black hair-like filaments on its legs. To retain their exquisite taste, the crabs are steamed and served with a black vinegar and ginger dip.

River fish like carp are typically ‘red-cooked’ – prepared in a sauce of soy and sugar. Clams are stir-fried with ginger and scallions, and mussels are cooked with soy sauce and chilli. The classic Shanghai prawn dish is ‘crystal prawns’ – marinated in egg white and brine, then stir-fried. 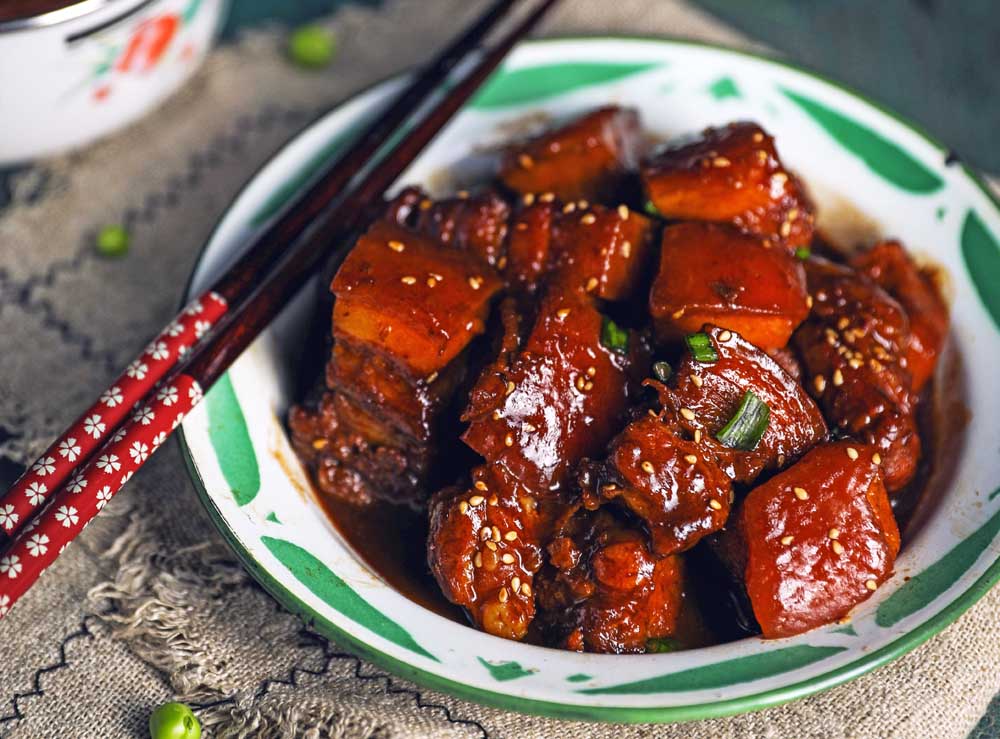 Turning inland, pork is more prominent in the cuisine than poultry. The rustic tipang, a great hunk of pork rump on the bone, stewed until tender, is a Shanghai classic. Another is hong shao rou or ‘red-cooked’ pork – fatty cubes of pork stewed in a soy sauce marinade until they melt in the mouth.

Poultry also plays a role in Shanghai food culture. A classic appetiser in the city is zuiji or ‘drunken’ chicken (chicken marinated in Shaoxing rice wine). Fengya or ‘wind-dried duck’ is also popular. The poultry meat is dried outdoors and preserved for the winter, and use to prepare duck and taro soup.

The international influence on Shanghai’s design, architecture and fashion has also left a culinary footprint. Many of the first-generation state leaders, notably Deng Xiaoping and Zhou Enlai, spent time in Paris. It was their love for croissants, say the Shanghainese, that perpetuated the Euro-style bakeries that were first brought to Shanghai by the French. Shanghai’s neighbourhood bakeries today number in the thousands. Their shelves are filled with croissants, jewel-like teacakes, brioches and airy sponge cakes. 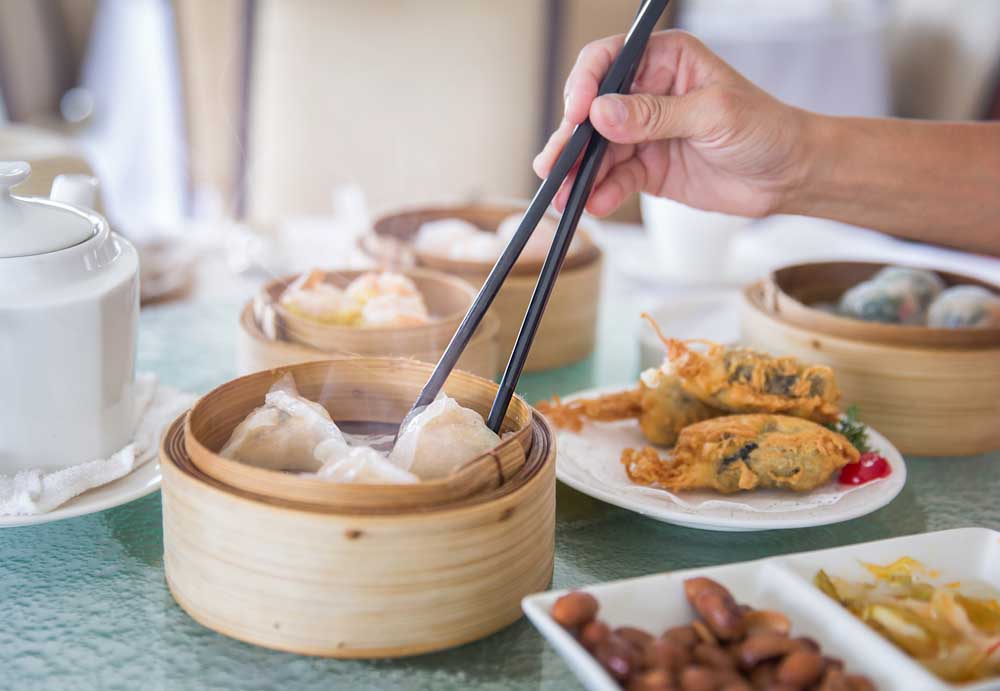 Shanghai’s international culinary scene is so vibrant that the city is the only one on mainland China to have its own Michelin Guide. New restaurants open frequently, and dozens of different types of cuisine are served. Add to that the huge variety of eateries, from hole-in-the-wall spots to celebrity chef haute cuisine venues, and you have a dining scene that is unrivalled in China.

As a city of immigrants, Shanghai’s restaurants represent a veritable microcosm of China. Along with the major cuisines – Cantonese, Beijing, Sichuan – are endless variations in between. Sichuan hotpot (huoguo) restaurants, at which a pot of spicy soup, sitting over a flame, is used for dipping and cooking vegetables and meats, are popular, as are dim sum buffets.

Shanghai is becoming quite an international dining hotspot, drawing celebrity-chef and Michelin-starred franchises as well as homegrown restaurants manned by talented chefs from around the world. Perennial local favourite M on the Bund started it all. Its European-Mediterranean menu, excellent wine list and views of the waterfront are still hard to beat. Across the road, celebrity chef Jean Georges Vongerichten serves French, Italian and Korean cuisine at three dazzling restaurants within Three on the Bund.

Joël Robuchon, Shanghai-based French favourite chef Paul Pairet and the Hakkasan team from London are among the tasteful inhabitants of luxury landmark Bund 18. Pairet also helms Shanghai’s most avant-garde table at Ultraviolet. This exclusive spot serves an interactive 20-course menu to 10 diners a night at a secret location and is booked out months in advance. Shanghai dining options are as endless as they are exciting. 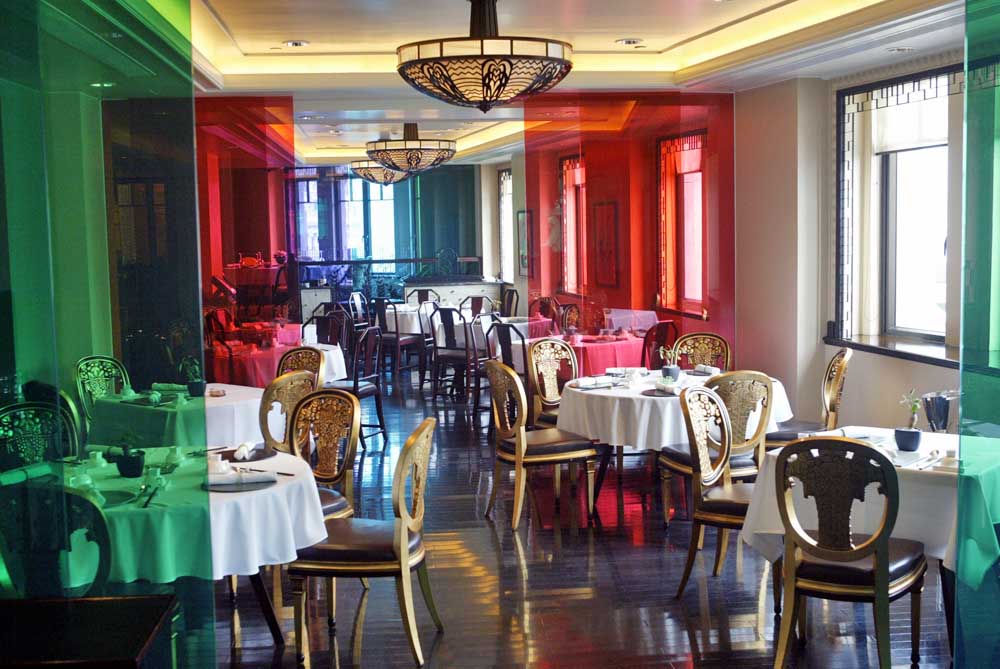 Ready to dine in Shanghai?

Our local experts can plan fascinating trips to Shanghai for you. Simply get in touch, telling us when you'd like to travel, and your ideas for the trip. We will then create an itinerary for you, which you can amend until you're happy with every detail before booking. Our existing itineraries can offer inspiration, and remember that all of our planned itineraries can be tailored to suit your needs.