Sri Lanka’s festival calendar holds a wealth of religious pageantry, with spectacular processions, caparisoned elephants, and drummers and dancers aplenty. Here’s how to see the best of them 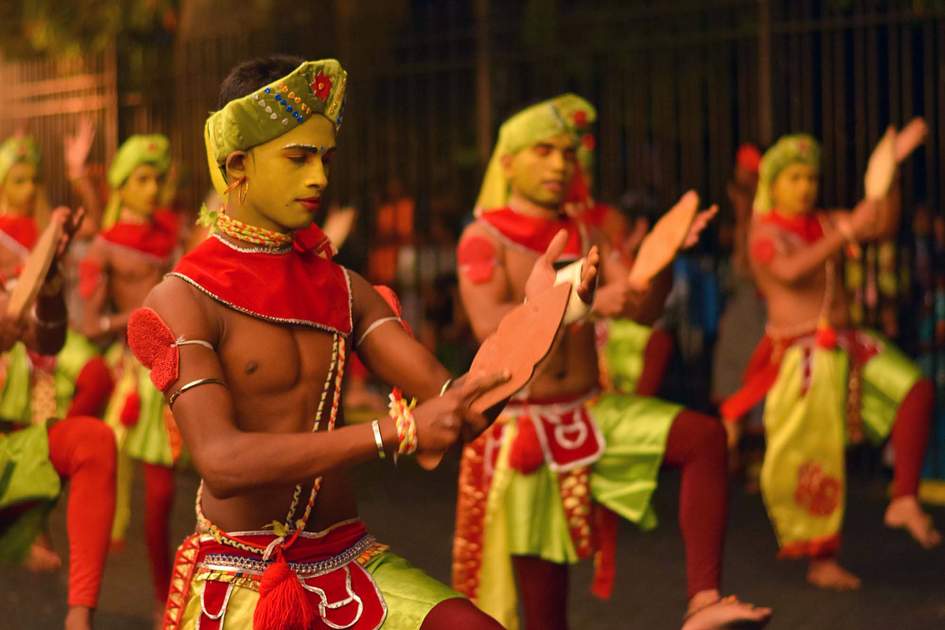 Sri Lankans sometimes claim that they host more festivals than any other country in the world... While this is difficult to prove it does leave travellers wanting to experience one for themselves lost on where to start. Here are our favourite festivities for your Sri Lanka trip itinerary

The Sinhalese and Tamil New Year (13–14 April) is celebrated by Hindus and Buddhists alike. The festival was originally agricultural, marking the end of the harvest and the beginning of the southwest monsoon, and old rituals – such as lighting the hearth and eating for the first time in the new year – are still carried out at astrologically auspicious times by more traditional islanders, while horoscopes are also cast and special foods made and offered to the gods.

Businesses close for the duration and many people return to their villages, put on new clothes and celebrate with games and fireworks. Nuwara Eliya is particularly busy over New Year and the weeks before and after, with a lively programme of sporting and social events such as horse racing, golf tournaments and a mini-carnival. Plan your trip to Sri Lanka to coincide with the New Year: talk to our local experts to time your holiday just right.

Vesak, celebrated on the day of the full moon in May, is the most hallowed of Buddhist festivals, celebrating the Buddha’s birth, enlightenment and death, all of which are believed to have occurred on this one day – like Christmas, Easter and Whitsun rolled into one. Buses and cars are decorated with streamers and garlands, shops and streets decked out with myriad paper lanterns. Tiny clay coconut-oil lamps are lit in villages, while in the cities illuminated structures called pandals are put up, with richly decorated panels depicting events in the Buddha’s life.

Because it is considered meritorious to offer gifts of food and drink during the festival, you will find specially constructed roadside booths (dansal) where both are offered free of charge. The fare on offer ranges from rice and curry to Vesak sweetmeats. The devout dress in white and visit their local temples to spend the day performing religious observances, fasting and praying.

May is an ideal time to travel to Sri Lanka; visit during Vesak for an unforgettable trip. Browse our suggested trip itineraries online now.

Poson Poya (June) commemorates the introduction of Buddhism to Sri Lanka. The day is celebrated at temples all over the island, but the biggest celebrations are at Mihintale, where the Buddhist emissary Mahinda converted King Devanampiya in 247 BC, establishing Buddhism as the national religion of the Sinhalese.

The lunar month of Esala is a month for festivals and peraheras all around the island. Easily the finest and most famous is the Esala Perahera held at Kandy over the 10 days leading up to the Esala Poya day (late July or early August). The festival dates back to ancient Anuradhapura, when the Tooth Relic was taken through the city in procession, and the pattern continues to this day, with the relic carried at the head of an enormous procession which winds its way round and round the city by night. The perahera becomes gradually longer and more lavish over the 10 days of the festival, until by the final night it has swollen to include a cast of hundreds of elephants and thousands of dancers, drummers, fire-eaters, acrobats and many others – an extraordinary sight without parallel anywhere else in Sri Lanka, if not the whole of Asia. 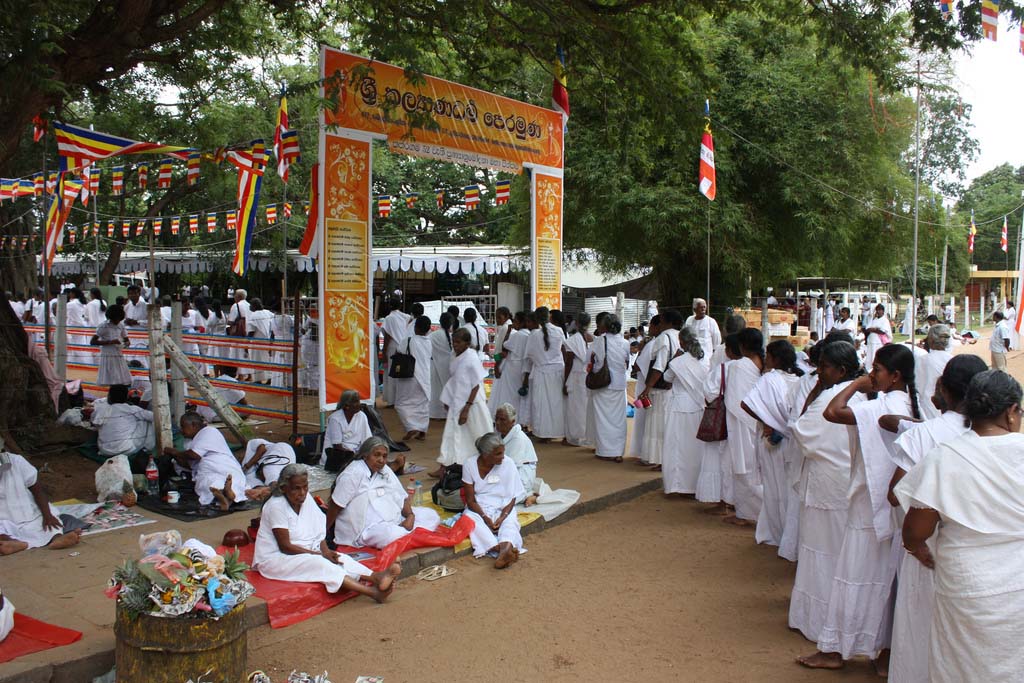 Held at the same time as Kandy’s Esala Perahera, the Kataragama Festival is the main event of the year at the remote southern pilgrimage town of Kataragama. Whereas the main focus of the Esala Perahera is on spectacle and pageant, the Kataragama Festival is more about individual acts of devotion and penance – much more Hindu in inspiration, although the town and festival attract pilgrims from all four of the island’s main faiths. Devotees perform ritual acts of self-mutilation, piercing their cheeks, arms, legs or backs with skewers as an act of devotion to the god Kataragama, who is believed by Hindus to be a form of Skanda (also known as Murugan), a son of Siva.

Experience Kataragama Festival for yourself on Insight Guides' Unforgettable Sri Lanka holiday. Simply tell our experts when to time your trip.

Another Skanda-inspired event is the Hindu festival of Vel, held in Colombo (July or August) to venerate the god’s trident (vel). Every year, Skanda’s vel is placed in a great gilded temple chariot and pulled by hundreds of devotees dressed in white and smeared with holy ash. The procession starts at the Sea Street temple in the Pettah district and moves on to a temple in either Bambalapitiya or Wellawatta, in the south of the city. The journey across town proceeds at a snail’s pace and takes a whole day.

Other festivals honouring Skanda are held elsewhere on the island at this time, especially around Jaffna, the largest being the Nallur Festival, held at the great Nallur Kandaswamy Temple on the edge of Jaffna. This mammoth event lasts 26 days, featuring chariot processions around town, and attracts thousands of pilgrims during its spectacular final days, including a devoted few who subject themselves to bloody acts of self-mutilation and physical penance to express their love of Skanda.

Time your trip right to explore the age-old traditions of Vel: end your Perfectly Sri Lanka trip with Insight Guides in Colombo.

Deepavali, the Hindu festival of lights, is celebrated in late October or early November. Thousands of flickering oil lamps are lit to celebrate Rama’s return after his period of exile and to welcome Lakshmi, the goddess of prosperity – symbolic of the triumph of good over evil.

The most important Muslim festival is the celebratory Id-ul-Fitr (held on 6 July in 2016; date changes annually by 11 days) marking the end of Ramadan, the month of religious observances during which devout Muslims observe a daily fast from dawn till dusk.

The Duruthu Perahera, held at the Raja Maha Vihara temple in Kelaniya, 8km (5 miles) outside Colombo, is second only to the Kandy Perahera in spectacle. Staged annually in January, the perahera commemorates the first visit of the Buddha to Sri Lanka over 2,500 years ago, with a lavish procession of elephants, dancers and drummers. 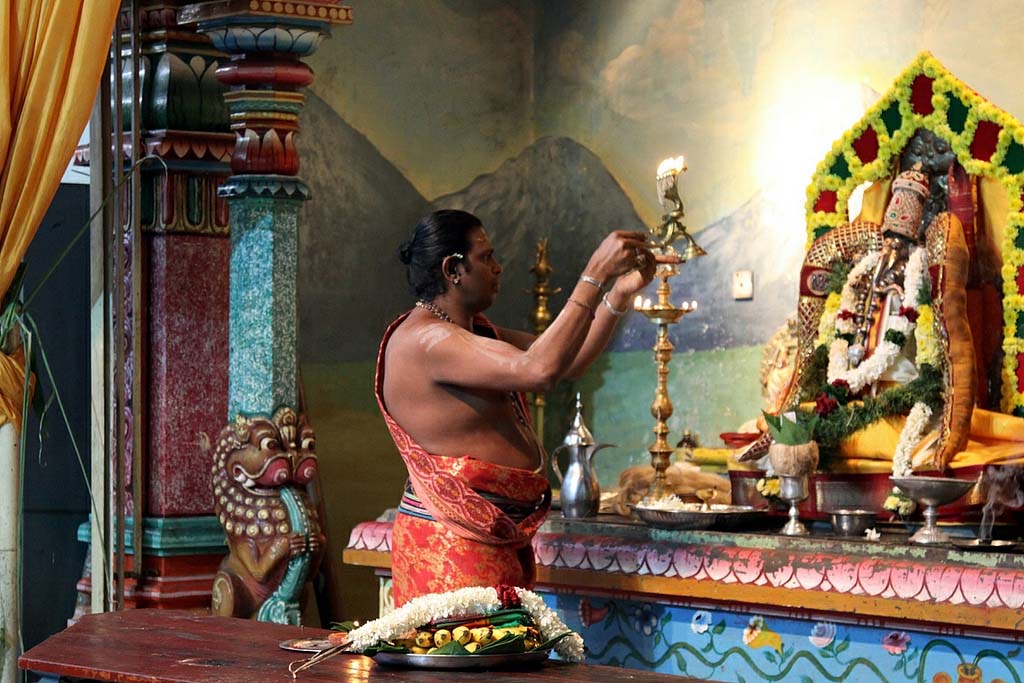 Here at least is one festival you can count on taking place on the same day every year (14 January), as Hindus celebrate in honour of the sun god. The word ponkkol means “boiling over” and, after worship at the kovil (temple), a huge pot of rice is ceremonially cooked in spicy sweetened milk and left to boil over. The direction of the spilling indicates good or bad luck in the coming year – and the rest makes a delicious sacramental feast.

Get your first trip for 2017 booked now and experience Pongal up-close on a trip to Sri Lanka..

The new wave of festivals

Not all Sri Lankan festivals are religious. The Fairway Galle Literary Festival (late January/early February), first held in 2007, established itself on the international literary scene, attracting leading authors from around the world, along with eminent Sri Lankan scribes. The success of this, however, has inspired a spate of other new festivals ranging from the Colombo Art Biennale (February) through to the Electric Peacock Music Festival (December), and the Hikka Beach Fest (late July/early Aug), during which revellers take over the beach at Hikkaduwa.

Ready to take your trip to Sri Lanka?

Read more: The 10 best things to do on your holiday in Sri Lanka

Which is the best month to visit? Our guide to when to go to Sri Lanka

What to do on your trip to Sri Lanka: 11 essential experiences

Learn more: How to get off the beaten path in Sri Lanka

Our trip to Sri Lanka was amazing, we enjoyed every city and all the different experiences. `A special thanks to our travel agent Justyna, who has been patient and supportive in the booking process and helped us finalising a lovely holiday.