Modest in size compared to many of its neighbours, Sri Lanka packs in an astonishing array of attractions. History runs deep here, with a profusion of monuments commemorating the island's role as one of Buddhism’s great strongholds. Here is our guide to Sri Lanka's top eight cultural attractions. 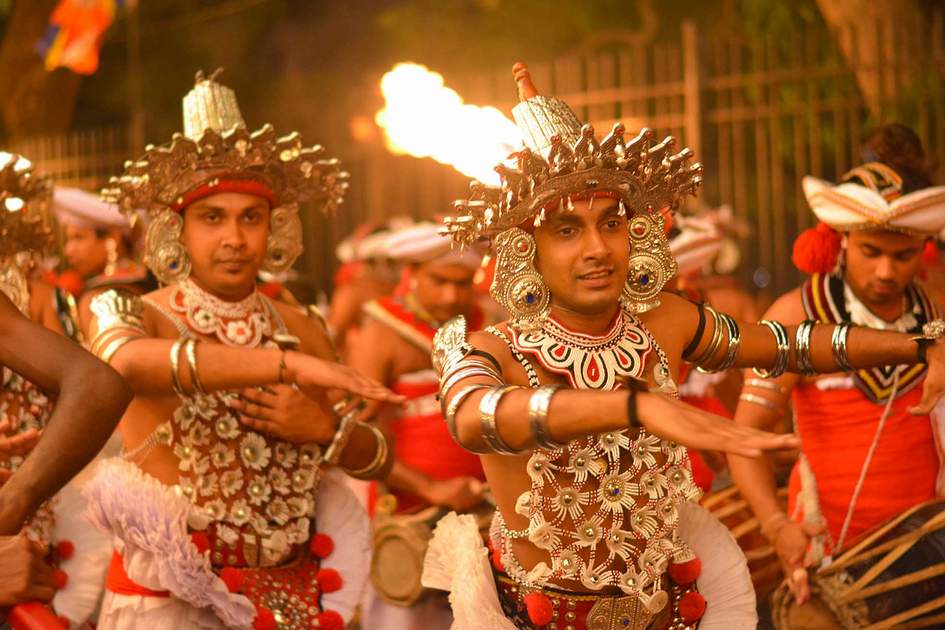 Anuradhapura is one of Sri Lanka’s top attractions, forming part of the nation's famous Cultural Triangle. It was the greatest monastic city of the ancient world and the heart of Sri Lankan civilisation for more than a millennium. At its height it was home to tens of thousands of monks at dozens of monasteries, served by a lay population which records suggest could have numbered as much as two million people. Its flourishing Buddhist culture and architectural achievements made it famous across Asia and as far afield as Europe, while even today the sheer scale of its surviving ruins and stupas is breathtaking. Restoration of the site is ongoing, sometimes amounting to rebuilding, since Anuradhapura is not a dead city but a living pilgrimage site. During the most important full moon festivals (Poya), more than a million Sri Lankans may flock to the site.

Second only to Anuradhapura in the ancient history of Sri Lanka, Polonnaruwa – also part of the Cultural Triangle – served as the island's capital from the 11th to 13th centuries, a relatively brief but glorious period that saw a flourishing of Buddhist arts and architecture – with a large dose of Indian influence thrown in. In its prime, the city stretched for many kilometres along the eastern side of the majestic Parakrama Samudra reservoir, its monasteries and sumptuous palaces and temples, both Buddhist and Hindu, protected by 6km (4 miles) of encircling fortified walls. Today, most of the ruins are protected within a specially fenced-off archaeological site north of the modern town. Other parts of the ancient city – most notably the Island Park (or Rest House Group) and the southern ruins – are free to enter, and open 24 hours. 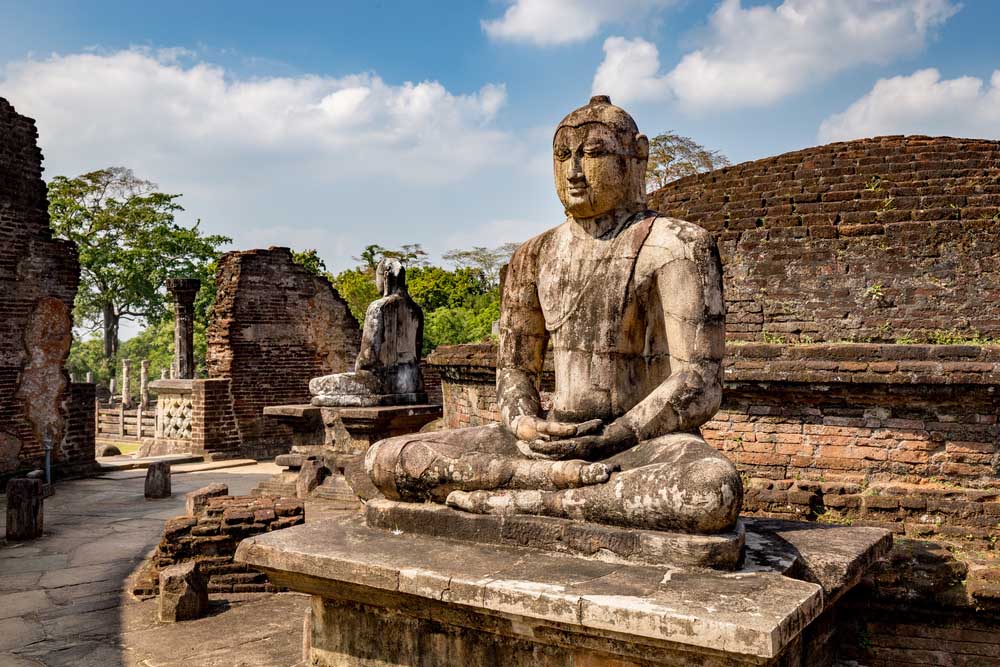 Dating from the 1st century BC, these are the most beautiful temples in the country, festooned with a marvellous array of sculptures and murals, placing them firmly among Sri Lanka’s top attractions. More or less at the centre of the Cultural Triangle, the imposing 140-metre (52ft) Dambulla Rock, just south of the dusty and workaday town of Dambulla, houses the most impressive temples in Sri Lanka. These temples were originally created by King Valagambahu I, who sought refuge here for 14 years after being driven out of Anuradapura by Tamil invaders, later building the temples in gratitude after successfully reclaiming his throne. The site was repaired and further embellished by the kings of Kandy during the 17th and 18th centuries, most notably by King Kirti Sri Rajasinha (1747-82), who was responsible for many of the murals and statues surviving today. It's a steep climb up to the temples, offering superb views over the plains and rocky outcrops of the Cultural Triangle, including magical views of the Sigiriya rock fortress in the distance. Visit these splendid temples as part of Insight Guides’ The Temples and Sacred Sites of Sri Lanka trip.

The extraordinary rock-citadel of Sigiriya is one of Sri Lanka's most spectacular natural landmarks and a breathtaking cultural attraction: a majestic, sheer-sided outcrop of reddish rock rising 200 metres/yards above the surrounding plains and embellished with the remains of one of medieval Sri Lanka's most remarkable royal palaces. Next to the entrance of the site, the impressive Sigiriya Museum details the long and complex history of the site and surrounding area, showcasing a range of prehistoric finds along with other artefacts discovered at Sigiriya. There's also a bird's-eye scale model of the rock and replicas of the Sigiriya Damsel frescoes and a portion of the Mirror Wall. Explore Sigiriya as part of the trip of a lifetime on Insight Guides’ Sri Lanka Family Adventure tour. 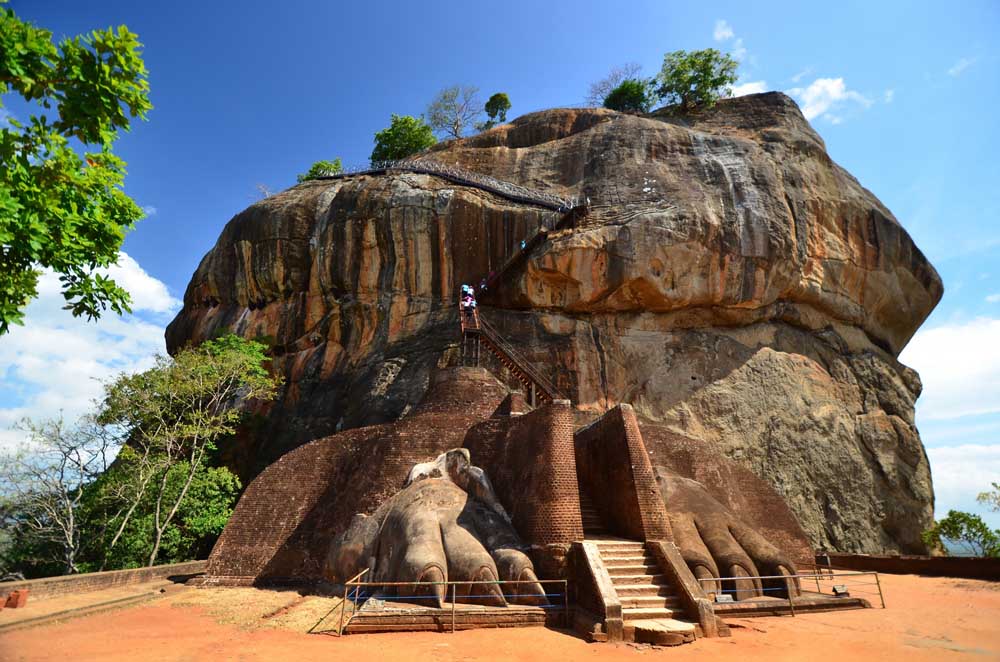 5. Kandy and Temple of the Tooth

Living Buddhist traditions are evidenced in the vibrant city of Kandy, the historic bastion of the island's Sinhalese culture and home to the Temple of the Tooth. The city is included on the Sri Lanka Cultural and Natural Beauty trip, which stops at The Temple of the Tooth, the most important pilgrimage place in Sri Lanka. It houses the revered Tooth Relic of the Buddha, believed by many Buddhists to be the most precious thing in the world. Set against the densely wooded backdrop of the Udawattekele Sanctuary, the temple comprises a sprawling complex of white, hip-roofed buildings scattered around lakeside grounds. You can also come to the city to watch traditionally Kandayan dancing – a cultural experience you'll never forget. Spectacularly costumed dancers perform acrobatic choreography to an insistent accompaniment of high-octane drumming.

The island's rich colonial heritage is most notable at the gorgeous little town of Galle, one of Asia's most perfectly preserved Dutch-era settlements. Galle Fort, enclosed by towering bastions, is home to the old Dutch town. It seems barely to have changed in two hundred years, with low, quiet and mercifully traffic-free streets lined with old villas, churched and other mementos of the Dutch era. For the holiday of a lifetime, Insight Guides’ Sri Lanka Deluxe trip offers the chance to travel around the island in style. 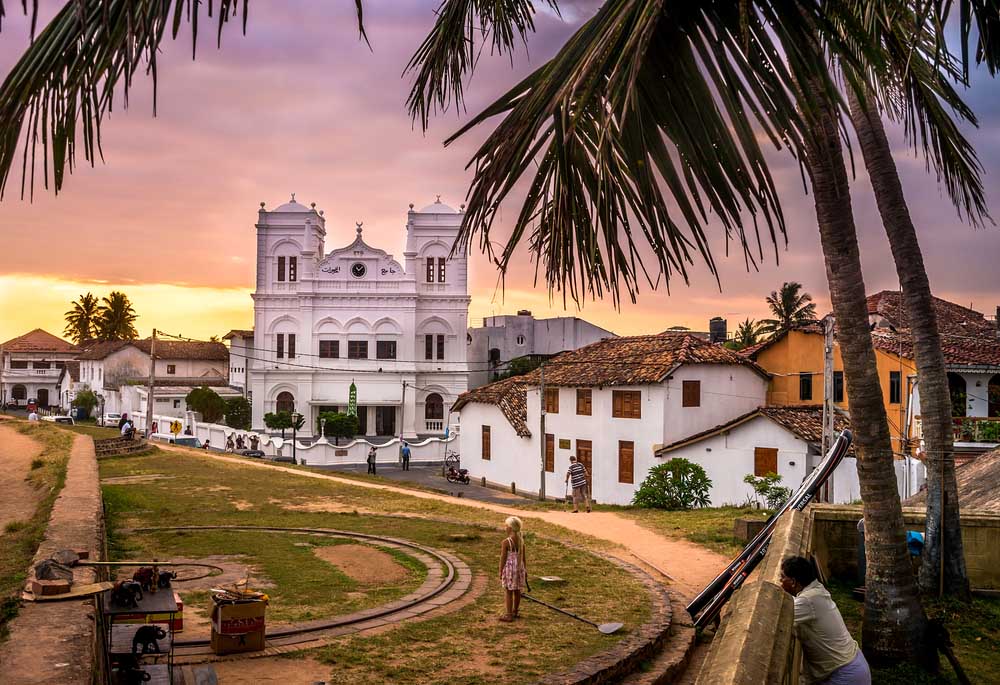 Fort Galle, Sri Lanka, built in 1588 by the Portuguese, then fortified by the Dutch in the 17th century. Photo: Shutterstock

According to legend, it was at Mihintale that the Indian missionary Mahinda met and converted King Devanampiya Tissa in 247 BC, establishing Buddhism as the island's state religion. Regardless of your beliefs, Mihintale is unforgettable and a true cultural highlight. Its sequence of beautiful shrines, stupas and caves strung out across wooded hills is connected by broad flights of frangipani-shaded carved steps, which are usually busy with crowds of devout, white-robed pilgrims.

Buddhists, Hindus, Christians and Muslims alike flock to the shrines at Kataragama, the island's most eclectic religious site and the site of an extravagant festival each July. One of Sri Lanka’s top attractions, pilgrims come here all year round to worship at the shrine of the god Kataragama Deviyo (believed by Sri Lankan Tamils to be a form of Skanda, or Murugan, the 12-armed and warlike son of Siva; and by Sri Lankan Buddhists to be one of the most important protectors of the island and the Buddhist faith). The temple complex stands on one side of the Menik River, where an extensive collection of shrines and temples lies scattered around a beautiful area of wooded parkland.

Ready to take a trip to Sri Lanka?

Our local experts can plan wonderful tailor-made trips to Sri Lanka for you. Simply talk to a local expert today, to tell us your ideas for the trip and when you would like to travel, and we will create the perfect personalised itinerary for you. You can browse our existing travel itineraries to Sri Lanka for inspiration, and keep in mind that all of pre-planned itineraries can be tailored to suit your specific requirements.

The booking was perfect + flexible including my ideas + making suggestions. I was able to change as the trip went on. The driver was friendly & knowledgeable and I would love to come back.

If we come back to Sri Lanka we will book with Umesha again and specifically request the driver we had. We have already recommended Umesha to our friends.