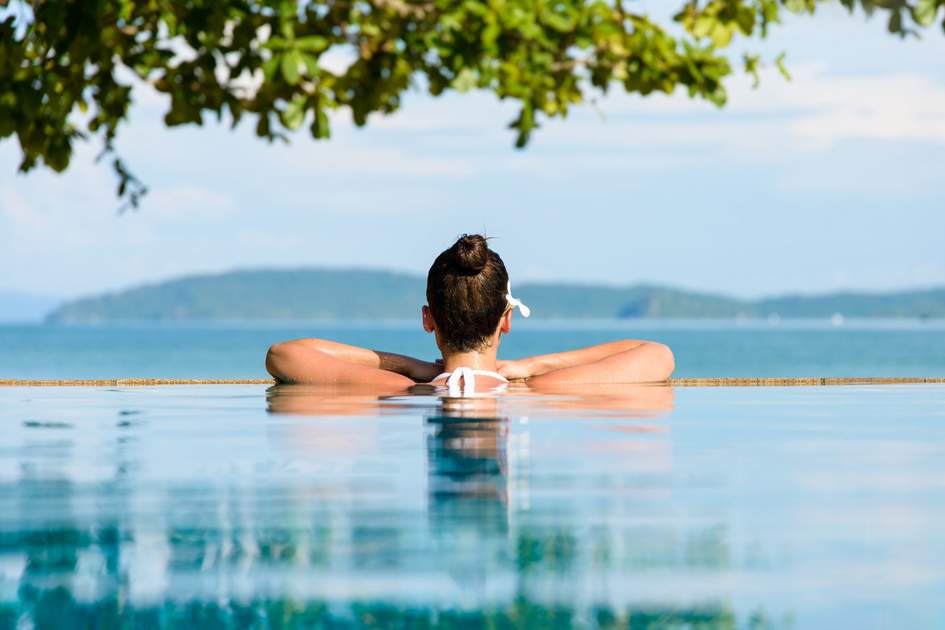 Who needs backpacking? Looking towards the sea at Krabi, Thailand.

Once a deserted paradise, Thailand became increasingly popular with backpackers during the 1970s and 80s. Leonardo DiCaprio well and truly opened the floodgates to the Far East with his performance as American backpacker Richard in ‘The Beach’ back in 2000. Luckily, however, strapping your worldly possessions to your back, watching pirated Friends DVDS in a cramped, smoky bar and sleeping in noisy dormitories aren’t the only ways to experience this beautiful country. The growing tourism trade has facilitated a plethora of different ways to have your own adventure in Thailand and retain some individuality and authenticity. Here, we’ve compiled a useful guide for those wishing to experience Thailand, not just as another backpacker on the tourist trail.

Upon arriving at Bangkok airport, the chances are you’ll be a little jetlagged, so be nice to yourself and get a taxi to your hotel. Most are metered, inexpensive, and most importantly, air-conditioned.

Once settled and rested at your hotel, explore the city using the clean and efficient Bangkok Mass Transit System, which is known as the Skytrain because of the track’s elevated position. There are also several river bus services operating, which cost as little as 10 baht each way and are an authentic way to travel in Bangkok.

When departing Bangkok, try local buses for short journeys. They are inexpensive and Thai locals are very friendly, especially to foreigners and tourists who step out of their ‘comfort zone’ and on to public transport. Get tickets at the bus station – not from travel agents, as these will most likely be tourist coaches.

For longer journeys, go by train. The state-owned Thai Railway offers incredibly effective service, with around 44,000,000 passengers using them each year. Don’t go to travel or tour operators to get your tickets. Go to your closest station and, depending on size, there is usually a window for foreigners. Sleeper trains are an experience not to be missed.

Don’t book yourself onto a tourist sleeper bus – these services are uncomfortable, long and often packed with loud backpackers!

If you are feeling very adventurous, why not explore Thailand by bike? Getting your luggage around on a bike could be a challenge but Thailand’s roads (maybe not Bangkok’s) are a dream for experienced riders. By bike, you can choose where to go, when to stop, where to stay – all at your own pace and your own route. Buy a bike on arrival in Bangkok, ride along the craggy, picturesque coast of Trat and go island hopping. After your road trip, sell your bike in Bangkok. Who knows, you may even make money! A word of warning: exercise extreme caution whilst riding through busy Thai cities. 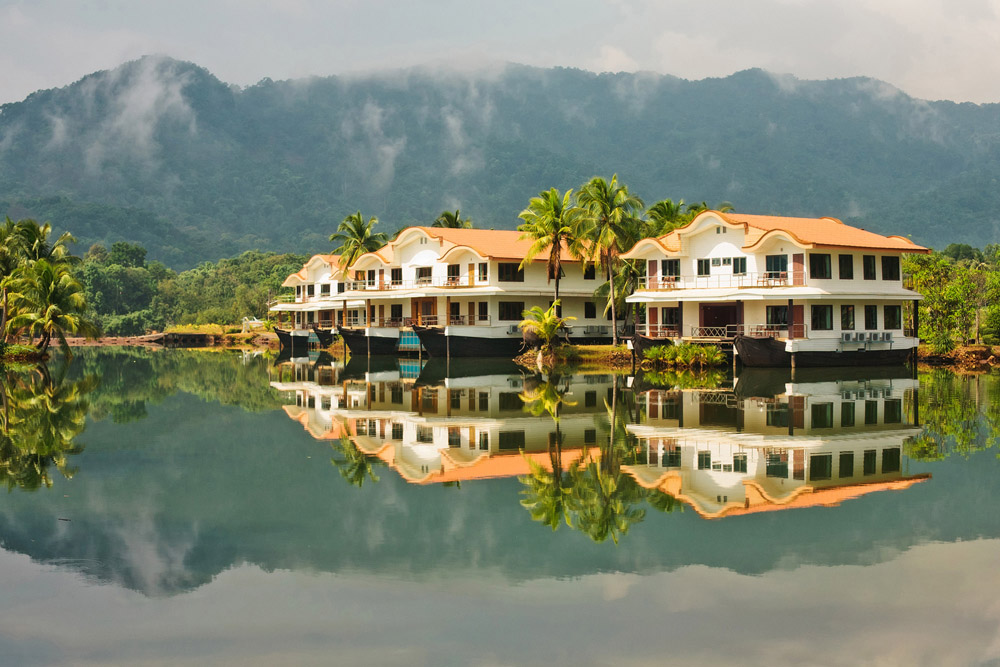 Recommended places to go to

One of the largest yet least inhabited Thai islands, Ko Chang has something for everyone. The interior of the island is made up of dense, steep jungle and only the coastal areas are populated. There is one main road that runs around the entire coastal perimeter of the island. From the road, you can access many of the island’s numerous beaches. Some areas are more developed than others - a few resorts have sprung up over the years - but the island is so large that it is easy to find your own, peaceful secluded spot. The various towns and villages house a selection of restaurants and bars that cater to all tastes.

Ko Kut is the easternmost Thai island and is actually closer to Cambodia in some parts. Lying southeast of Ko Chang in Trat province, it is reachable via a high-speed ferry direct from the Laem Sok on the mainland, or from Ko Chang.

Widely regarded as one of the least developed islands in Thailand, Ko Kut is about as off the beaten track as you can go without actually going off a beaten track and sleeping under the stars. Expect idyllic palm-lined beaches, crystal clear water perfect for diving, and a handful of quality restaurants and cafes. Don’t expect any kind of nightlife – when the restaurants close after dinner, that’s it for the night.

A small town in northern Thailand with a population of around 3,000, Pai is around 150km (90 miles) away from Chiang Mai and is close to the border with Myanmar. Surrounding by emerald green hills, Pai is like the little brother of Chiang Mai and is renowned for laidback atmosphere and slower pace of life. The surrounding valley and hills are picturesque and there are many walks and treks that will expose the region’s true beauty. Mo Paeng Waterfall is about 10km (7 miles) away and can easily be reached on foot or by bicycle. The Japanese constructed a bridge near Pai during World War II, which has now been turned into a memorial, and is well worth seeing. 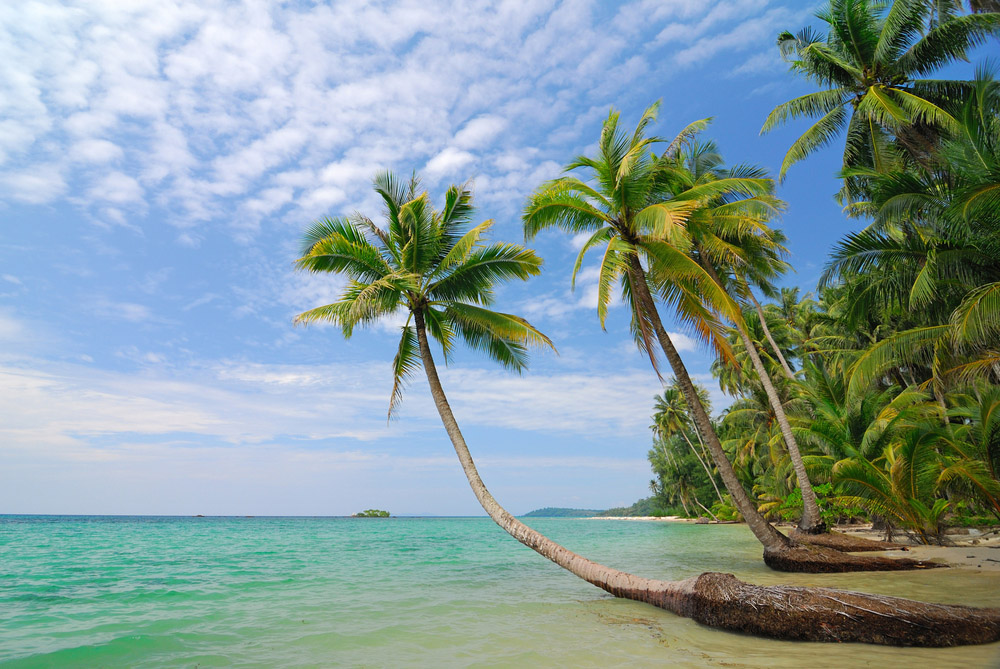 This neon-illuminated stretch of tarmac is the most infamous backpacker hangout spot in the world. With more cheap hostels, tattoo parlours and fast-food restaurants than you can shake a stick at, steer clear of Khao San Road if you’re aiming to avoid the backpacking scene.

The home of the infamous Full Moon and Half Moon parties, thousands of partygoers descend on Hat Rin twice monthly, bringing with them noise, rubbish, and plenty of UV paint. 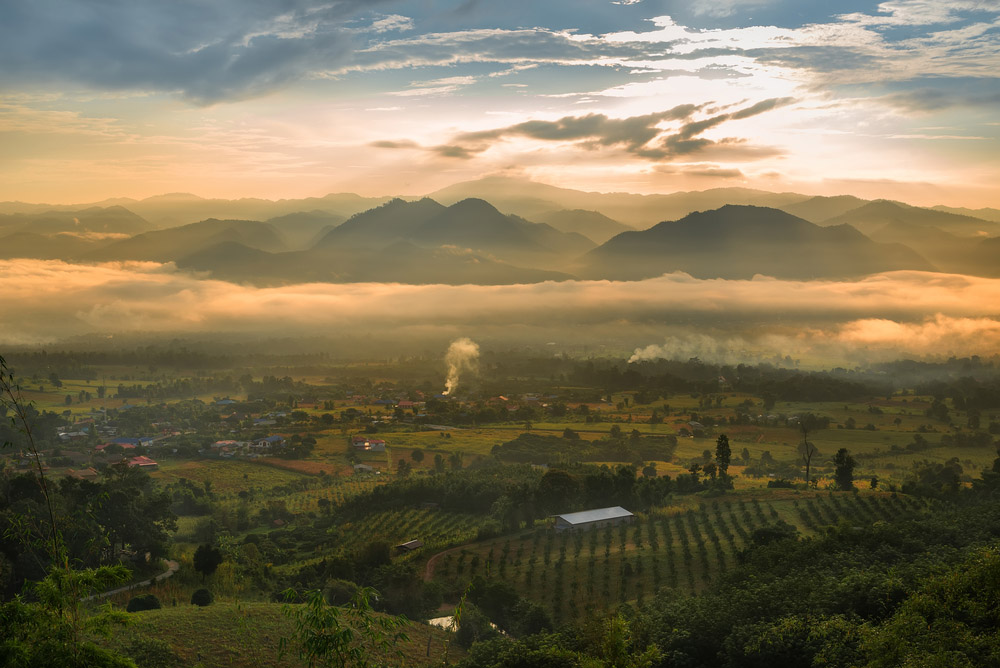 It may seem obvious, but Thai people will really appreciate any effort you make to assimilate to their language and culture. Therefore, we recommend learning a little more than the standard ‘hello’, ‘I’ll have one beer please’, ‘thank you’ and ‘goodbye’.

Expand your culinary tastes; eat from one of the many street food vendors. Street food is often a fraction of the price of restaurant food, and is always delicious. Dispel the notion that it is unsafe as its not cooked in a restaurant – it’s cooked in front of your eyes!

Alternatively, look for restaurants well off the tourist trail, as far away from the nearest McDonalds or KFC as possible! Look for good signs, such as a restaurant full with locals and no one outside handing out menus. Some restaurants may have no menus in English; some may have none at all – a golden opportunity to practice your Thai!

Read up on Thai food: A Feast For The Senses – Experiencing Thai Cuisine

In the areas we’ve recommended visiting above, please be aware that a lack of tourism will, in all likelihood, also result in a lack of western amenities, such as flush toilets, so be prepared to use squat toilets in some areas! We say it’s a small price to pay for an authentic experience.