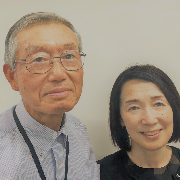 The Cinema of Japan

Japanese cinema has always refused to embrace the values of Hollywood. In so doing, it has produced some of the world's most aesthetic and powerful films. 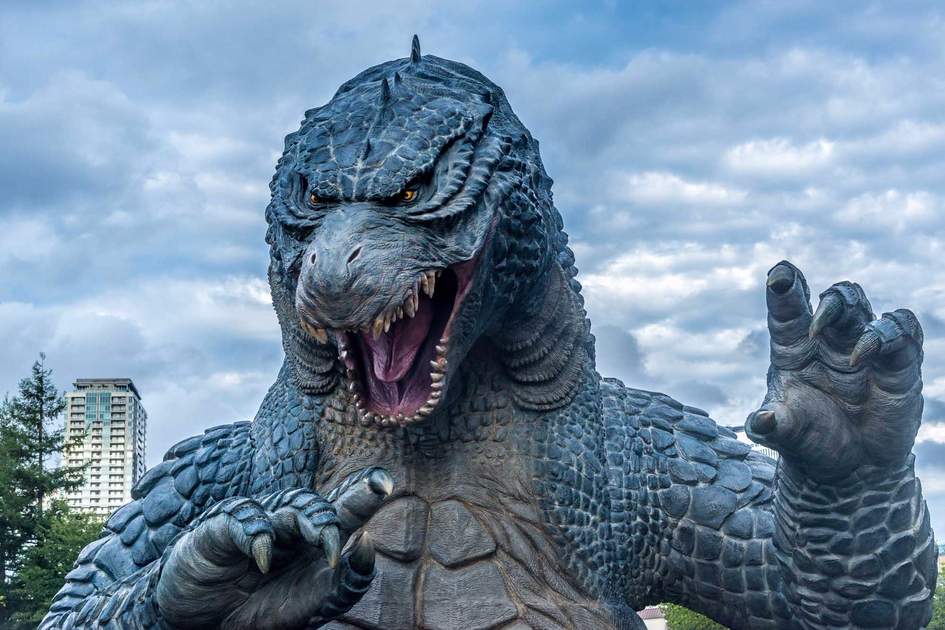 The Japanese cinema has been pronounced dead so many times over the past few years – perhaps most often by Japanese critics and filmmakers – that its stubborn survival, if not full resurrection, comes as a relief. Just when it seemed that Japanese audiences had enough of films detailing their country's history, along came Mononoke Hime (Princess Mononoke) from Miyazaki Hayao, which smashed the previous all-time box-office record. What was so heartening about the success of the Miyazaki film was that Japanese were indeed interested to see an epic historical fantasy about Japanese history, set in an ancient time filled with gods and demons. Mononoke Hime is a cartoon, or more accurately, anime, which has always been taken more seriously in Japan than in the west.

Dramatically, the classic three-act structure of Hollywood holds little place in Japanese cinema. Character and mood, rather than plot, are what propel many of its best films. Stories often trail off without a 'proper' ending, storylines (especially in jidai-geki, or historical dramas) can be convoluted and confusing, even to the most ardent devotees, and most move at a slow pace.

In a typical Japanese movie, dynamic action stands in contrast to long, sustained scenes of inactive dialogue, or just silence. Directors not only take the time to smell the roses but to plant them, nurture them, and then watch them grow, quietly. Landscape and atmosphere also play key roles in Japanese cinema, perhaps tied into the other major religion of the country, the pantheistic Shinto. Floating mists, drops of water slowly falling into a stream, the soft, sad sound of cherry blossoms falling on an April day – all familiar to Japanese audiences. Of course, it must also be said that such mass-market genres as kaiju (giant monster) and contemporary yakuza (gangster) movies are often just as breathlessly mounted as the latest Hollywood action flick.

There's also considerably more space in Japanese cinema for morally dubious protagonists since, in both Shinto and Buddhist traditions, life is a balance between forces of good and evil, with both necessary to maintain life as we know it. Thus, a cold-blooded killer like the ronin (master-less samurai) Ogami Ito, who roams Japan with his tiny son Daigoro, dispatching others by decapitation and disembowelment in the popular Sword of Vengeance series of films, would baffle most western audiences. Is he a good guy or a bad guy? The answer is both. The dirty, amoral bodyguard in Kurosawa Akira's Yojimbo and Sanjuro would also fit this bill quite beautifully. He was the prototype for Clint Eastwood's man with no name in Sergio Leone's operatic spaghetti Westerns A Fistful of Dollars (a remake of Yojimbo) and The Good, the Bad and the Ugly.

But what really makes Japanese film special isn't so much the bloodshed and ultra-violence, but rather the profound humanism and compassion ranging through its entire history. Look no further than Kurosawa's Ikiru and Ran, Ozu's Tokyo Story, Kinoshita Keisuke's Twenty-Four Eyes or Mizoguchi's The Life of Oharu. 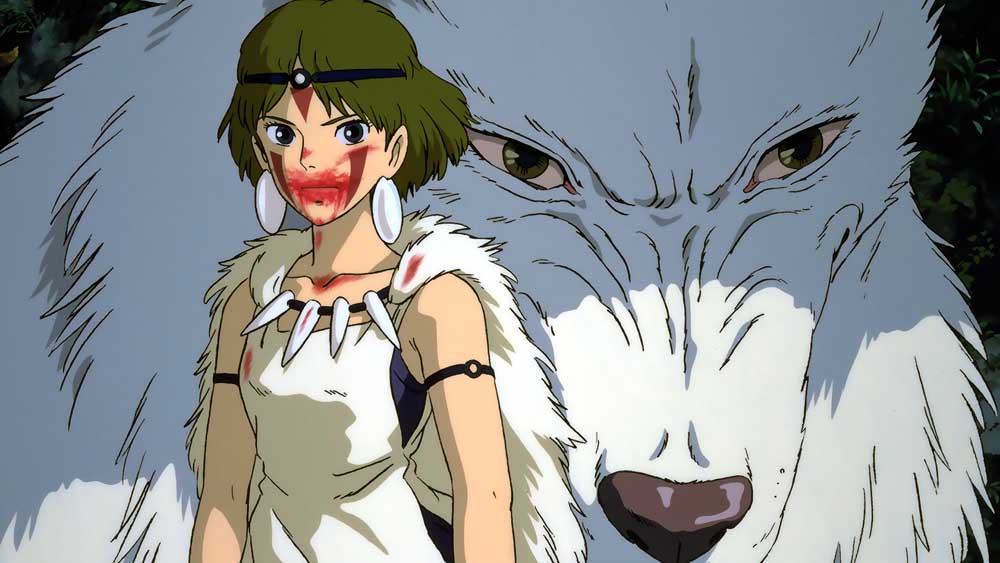 The great, golden age of Japanese fill, which lasted from the post-war 1950s until the late 1960s when the burgeoning availability of television laid it to waste, is certainly gone. The three major studios still surviving – Toh, Shochiku and Toei – barely crank out enough domestic films in a year to fill a couple of the multiplexes that are suddenly springing up. But it's not over yet.

The death of Kurosawa Akira in 1998 was a particular blow. 'Sensei,' as he became known, almost single-handedly put Japanese film on the international map with Rashômon, which won top prize at the 1951 Venice Film Festival. His rising and falling fortunes over the next half-century were emblematic of the Japanese industry itself. Endlessly frustrated by unreceptive Japanese studios and aborted projects, Kurosawa attempted suicide after a box-office failure in 1970. Yet he would go on to make five more films, at least two of which –Kagemusha and, particularly, Ran – would be counted among his greatest works. However, Kurosawa repeatedly had to look outside Japan to Francis Ford Coppola, George Lucas, Steven Spielberg and Serge Silberman for support.

Imamura Shohei, one of Japan's acclaimed filmmakers, who died in 2006, brought a gritty realism to Japanese cinema, preferring to make films portraying people from the lower classes. He won the Palme d'Or at the Cannes Film Festival for The Ballad of Narayama (in 1982) and The Eel (in 1997).

Japanese film suffered a shocking and unexpected blow by the still inexplicable 1997 suicide scandal of Itami Juzo. (A tabloid newspaper was about to reveal a supposed relationship between the filmmaker and a younger woman.) Itami was responsible for smart and funny dissections of contemporary life, all of them starring his wife, Miyamoto Nobuko: The Funeral, Tampopo and the societal exposés of the Taxing Woman films.

Another shock to the system was the 1996 death of actor Atsumi Kiyoshi, Japan's beloved Tora-san. Over a span of nearly 30 years and 47 films, this intolerant amulet seller was to Japan what Chaplin's Little Tramp was to the world during the Silent Era, only more so. Within the restrictive, often suffocating bounds of Japanese society, Torasan's gypsy-like existence had strong appeal to the millions of businessmen, and his endlessly disappointing romances held women in thrall.

Although filmmaking styles have been altered for scaled-down financial resources and changing audience tastes, there's so much to recommend in Japan's current generation of filmmakers. Suo Masayuki's delightful Shall We Dance? (1996) was the highest-grossing foreign-language film ever to play in US movie theatres at the time. The anarchic, dark, violent and often funny ruminations by Takeshi 'Beat' Kitano – a tremendously successful and popular comedian, actor, game-show host, raconteur and moviemaker – have won international acclaim, particularly the alternately tender and cataclysmic Hana-Bi (Fireworks), and Zatoichi, which won the Silver Lion award at Venice in 2003, as well as Outrage, which competed for the 2010 Palme d'Or in Cannes. 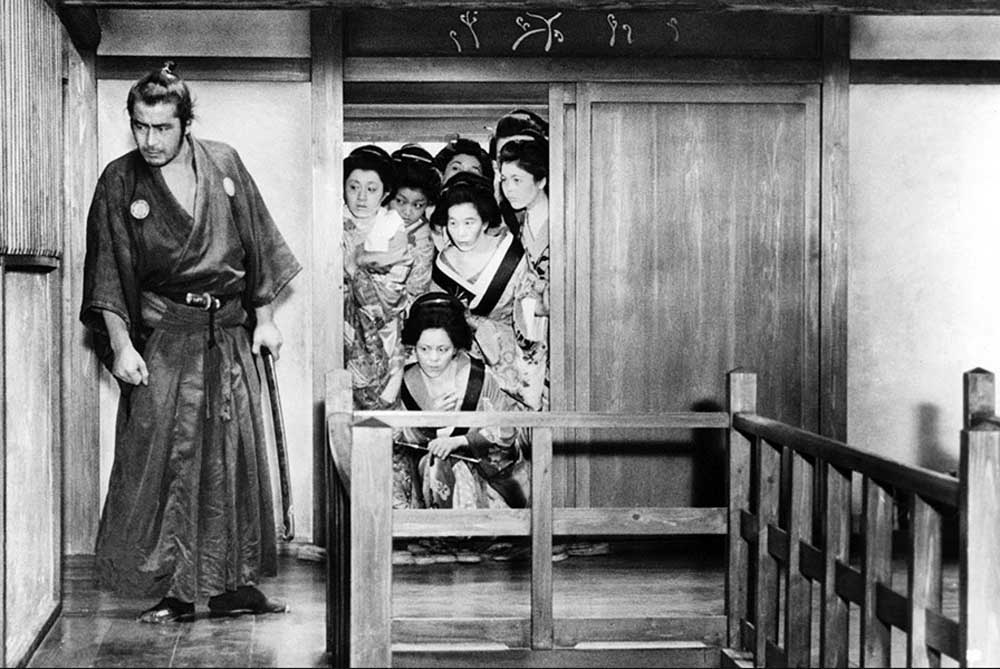 Screenshot of Yojimbo by Akira Kurosawa

Japan's economic downturn of the 1990s produced even greater box-office revenues. Much of this is due to foreign films such as Titanic, but domestic product was also on the rise.

Elsewhere there was scrutiny and criticism from the Japanese and international media with another film, Unmei no Toki (Pride), a big-budget, nationalistic biopic from director Ito Shunya that sympathetically portrayed Japan's wartime prime minister, General Tojo Hideki. A storm of controversy erupted around the region upon the film's release. Asians were incensed that the man generally considered to be the prime instigator of Japanese Asian aggression – and the person responsible for what has become known as the Rape of Nanjing – was depicted in the film to be battling for Asian interests against Western imperialism. Pride was made for a huge (by Japanese standards) US$11 million and starred the highly respected actor Tsugawa Masahiko as Tojo.

Japanese films about World War II have always veered wildly between the powerfully pacifistic (Ichikawa Kon's harsh Fires on the Plain and the stunningly emotional The Burmese Harp, also directed by Ichikawa) and Jingoistic flag-waving. Often, war films try to have it both ways, especially in recent war movies in which popular teen idols, male and female, are cast in primary roles and then killed off tragically.

The claim that the Japanese enjoy nothing more than seeing themselves through the eyes of the outside world is corroborated by a glut of well-received Hollywood-made movies with Japanese locations and subjects. Hollywood had been fascinated with Japan as a setting for its dramas even before the 1958 John Wayne hit The Barbarian and the Geisha, or the 007 thriller You Only Live Twice, but the years around the turn of the millennium witnessed a Japan boom that seems unstoppable.

Memorable films include Ridley Scott's Black Rain (1989), filmed in Osaka, where a thriving criminal underworld provided theme and visual substance, and Paul Schrader's Mishima (1985), which looked at the troubled but intriguing life of literary giant and right-wing imperialist Yukio Mishima.

Quentin Tarentino's 2003 Kill Bill Volume 1 and its sequel Kill Bill Volume 2 were homages to the Japanese yakuza film; Tom Cruise's portrayal of a transplanted Americal Civil War veteran in The Last Samurai was a smash hit in Japan; Sophia Coppola's Oscar-winning comedy Lost in Translation, which nevertheless received some criticism for its dated view of the Japanese, was filmed almost entirely in a Tokyo hotel and picked up an Oscar in 2003. The 2005 film version of Arthur Golden's novel Memoirs of a Geisha became a hit in Japan, where it was released under the title of its main character, Sayuri. Clint Eastwood's look at warfare from the American and Japanese perspective in Flags of Our Fathers and Letters from Iwo Jima (2006) are more sophisticated examples of how Japan continues to inspire Hollywood. 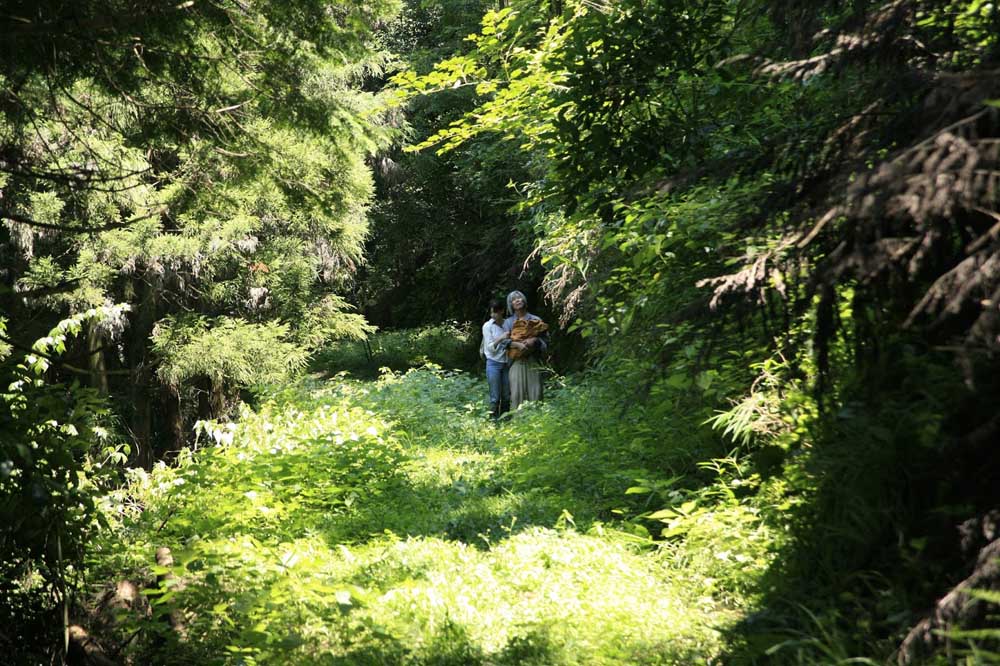 The silver lining for Japan's silver screen after the erosion of the studio system has been more freedom for independent directors. Although many independent production companies have become mainstream now, their works are among the best being made today. Early film successes were Ichikawa Jun's Tokyo Lullaby and Iwai Shunji's 1996 Swallowtail, a story about mindless materialism in a fictional urban setting called Yen City.

Addressing other shortcomings of contemporary existence are a number of thoughtful films by Kiyoshi Kurosawa, including the future-set Barren Illusion, the 2000 film Charisma and the later Tokyo Sonata, which addresses the dilemmas faced by an unemployed salaryman. His Journey to the Shore, a story about love and death, won the Un Certain Regard Award for Best Director at the 2015 Cannes Film Festival.

Another serious take on society's shortcomings is Koreeda Hirokazu's drama about children switched at birth, Like Father, Like Son, which won the Jury Prize in Cannes in 2013.

Kawase Naomi's Mourning Forest won the prestigious Grand Prix at Cannes in 2007, her second nomination for the award. Still the Water and Our Little Sister both competed for the Palme d'Or at the Cannes Film Festival in 2014 and 2015 respectively.

Other films with serious themes and excellent casts are Bad Company (2001), the sombre I Just Didn't Do It (2006), All Around Us (2008) and Yamada Yoji's About Her Brother (2010). Yojiro Takita's life-affirming Departures, which took the prize for best foreign film at the Oscars in 2009, is set in a funeral parlour in Yamagata Prefecture. Narushima Izuru's award-winning Rebirth (2011), Ishii Yuya's The Great Passage (2013) about a dictionary editor, and Yamazaki Takashi's war drama The Eternal Zero (2013), depicting Kamikaze pilots, are some of the best films produced in recent years.

Japanese directors are not renowned overseas for their comedies, but there are some exemplary films, like Uchida Kenji's A Stranger of Mine (2005), Naito Takasugu's The Dark Harbour (2009), and Yoshida Daihachi's The Kirishima Thing (2012). Writer-director Ogigami Naoko's 2010 feature Toilet, a light but delightful comedy about values and bonding in an insecure world, was made entirely English.