The most unique dive sites on earth

Sticking with sports, but getting a little more normal, today's post delves deeper into the world of diving. 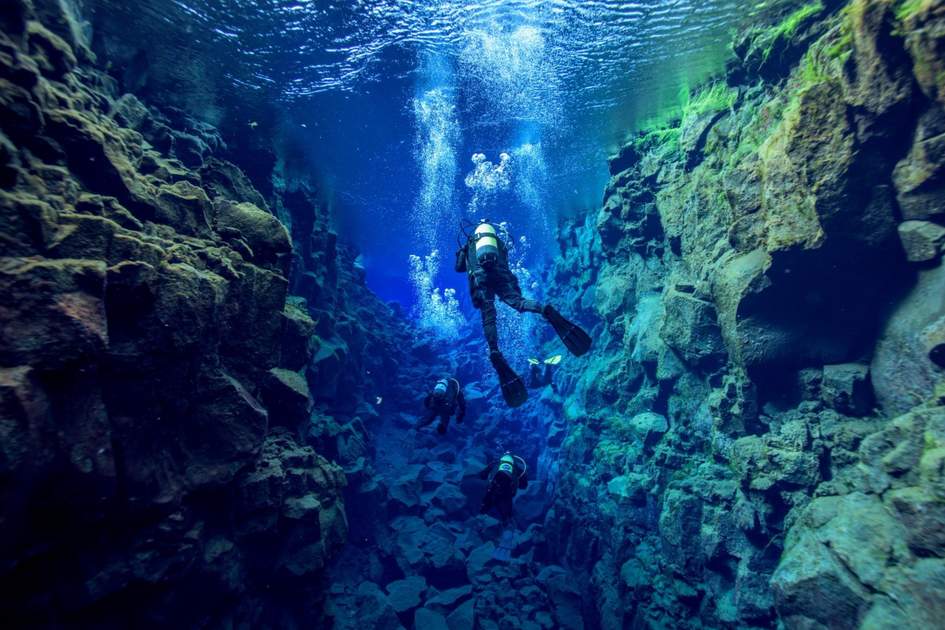 Continuing our sporting theme from yesterday’s post, but heading back towards a slightly more conventional sport, today we are looking at the most unique dive sites from around the world. To qualify for this list, each site must have a truly unique characteristic, and does not have to reside in the ocean:

Silfra boasts the rather extraordinary accolade of straddling the point where the Eurasian and North American tectonic plates join together. The exact point where these two giant landmasses meet is the stunning Silfra Ravine, which sits like a deep scar in the ocean bedrock, and reaches a depth of around 40m. The water at Silfra is said to be among the clearest in the world, with visibility extending toover 100m, giving divers the surreal feeling of floating on thin air. The area is largely devoid of marine life, except perhaps a few tiny fish.

You can’t get much more unique than diving in a nuclear missile silo, which is exactly what Dive Valhalla, Texas, offers. Built during the Cold War to accommodate a 25m-long nuclear missile, the silo was decommissioned just after just 2 years after building work had been completed.  After decommissioning, the silo began to fill up slowly with groundwater, around 7.6 million litres in total. The silo is 18m wide and 38m deep; the water is clear and a comfortable 15 degrees centigrade all year round.

Located in the waters off the tiny Japanese island of Yonaghuni are a complex of mysterious rock formations. The island itself sits in almost complete isolation, 78 miles from the closest island, Taiwan, with a population of just 2,000. Known as the Yonaguni Monument, the mysterious rock formations are located just off the southeastern tip of the island, at depths varying from 5–40m. Formations include a massive platform, steps and pillars – all of which predate the earliest known manmade buildings and have therefore inspired a great deal of debate among historians and geologists as to their origins. 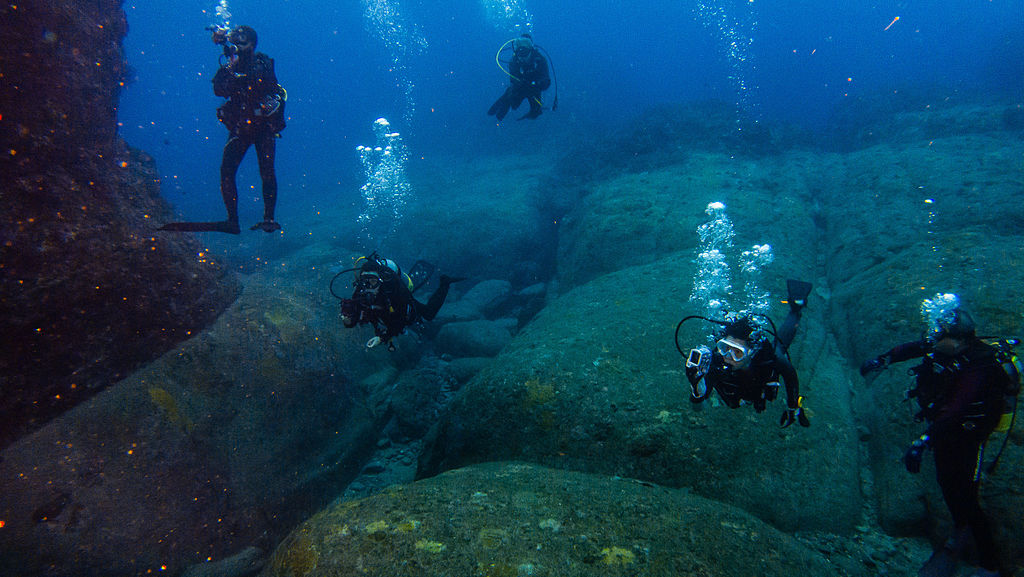 Bonne Terre was the world’s largest lead mine for 100 years, and had special pumps installed to deal with encroaching groundwater. After the area had been completely depleted of lead in 1961, the mine was deserted and the pumps were switched off, allowing 5 billion litres of groundwater to slowly seep in. Bonne Terre Mine in Missouri is now the world’s largest freshwater diving complex. Beneath the surface, lamps have been installed in the walls of the mine. Aside from this, nothing has changed since the day the mine was abandoned; machinery, equipment, locomotives, pickaxes and even train tracks remain frozen in time. Visibility is an impressive 30m, which makes exploring this eerie labyrinthine network of shafts, tunnels and calcium formations one of the most unique diving experiences on the planet.

If you thought that above ground (well, ice) temperatures of – 40 degrees centigrade would put people off diving into the Antarctic waters, then you’d better think again. McMurdo Sound is the area that connects the Ross Sea to the Ross Ice Shelf via the Haskell Strait. The McMurdo Ice Shelf covers the sound, which is 3m thick in places. There are several established entry points on the sound, where the ice has been drilled through. Once through the ice, and into the icy cold water, which stays at – 1.8 degrees centigrade all year, divers’ eyes must first acclimatise: just 1 per cent of sunlight can penetrate ice that thick. Once the eyes have retuned themselves, divers are rewarded with stunning visibility of up to 100m and a surreal world of ice valleys and cliffs, inhabited by a staggering array of marine creatures, from jellyfish to sponges, to starfishes and even some cold-water coral. If you’re really lucky, you may spot a penguin hunting for its next meal.

RELATED: 9 of the best beach vacations in the world 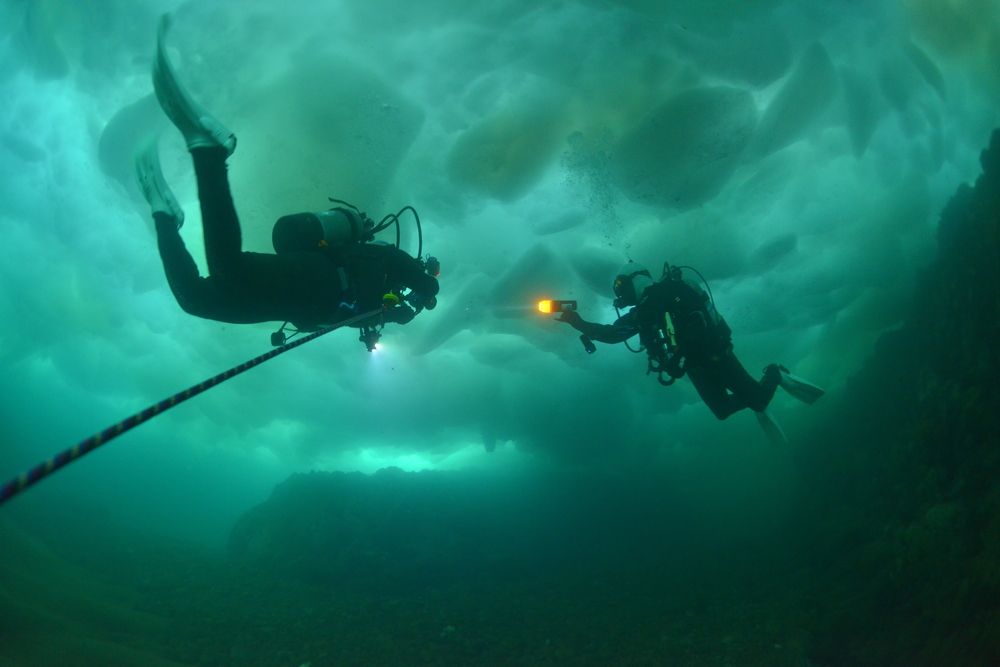