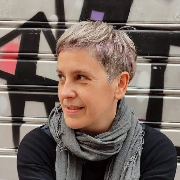 15 best things to do in Rhodes, Greece

Rhodes offers a wealth of intriguing things to do. It’s true that the gorgeous climate and balmy Aegean Sea lapping at numerous beaches are two of Rhodes' main attractions, but the island also offers rich culture and an intriguing history. Here is our guide to the 15 best things to do in Rhodes, Greece. 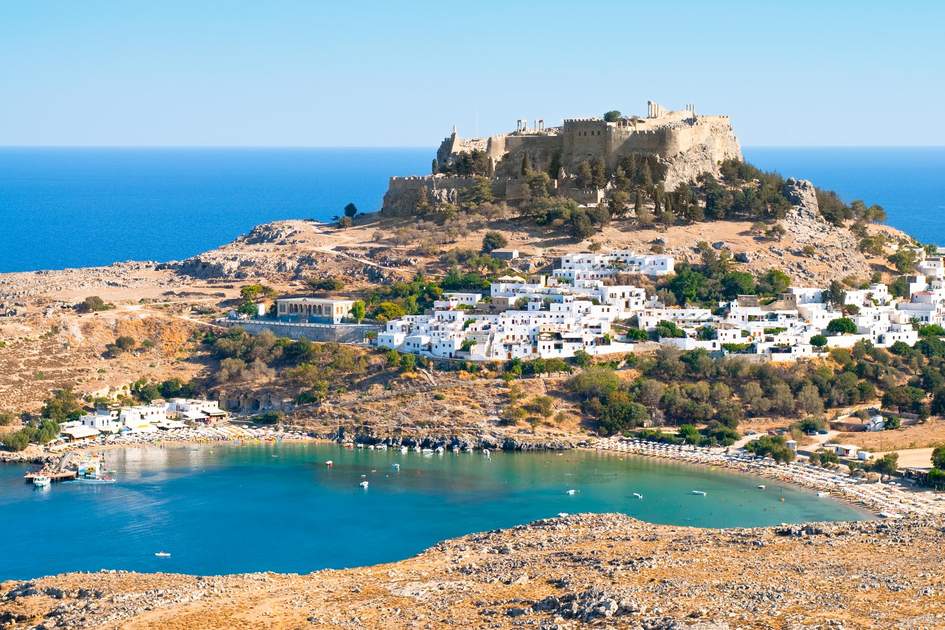 A visit to the Acropolis above the ancient town of Líndos on Rhodes, Greece, is one of the best things to do on the island. Photo: Photo.Lux/Shutterstock
PrevNext

According to the ancient Greeks, Rhodes was 'more beautiful than the sun'. Even today’s hugely popular resorts cannot dim the appeal of the island's benign climate, entrancing countryside and fascinating history. The best things to do in Rhodes range from exploring deserted beaches to visiting remote monasteries and climbing up to castles perched above forests.

1. Explore the Acropolis at Líndos

The climb from the village of Líndos up to its famous Acropolis is steep, and made more arduous in summer by the hot air that often hangs heavily in the windless village. However, when you reach the top you will discover a series of ancient monuments including the inner Temple of Athena Lindia at the highest seaward point on the rock. The remains seen today – columns of the propylaia and inner bemas (raised platforms) – date from 342 BC. Perhaps what impresses most, though, are the superb views of Líndos Bay to the north, the town to the west, and perfectly sheltered St Paul’s Bay to the south. 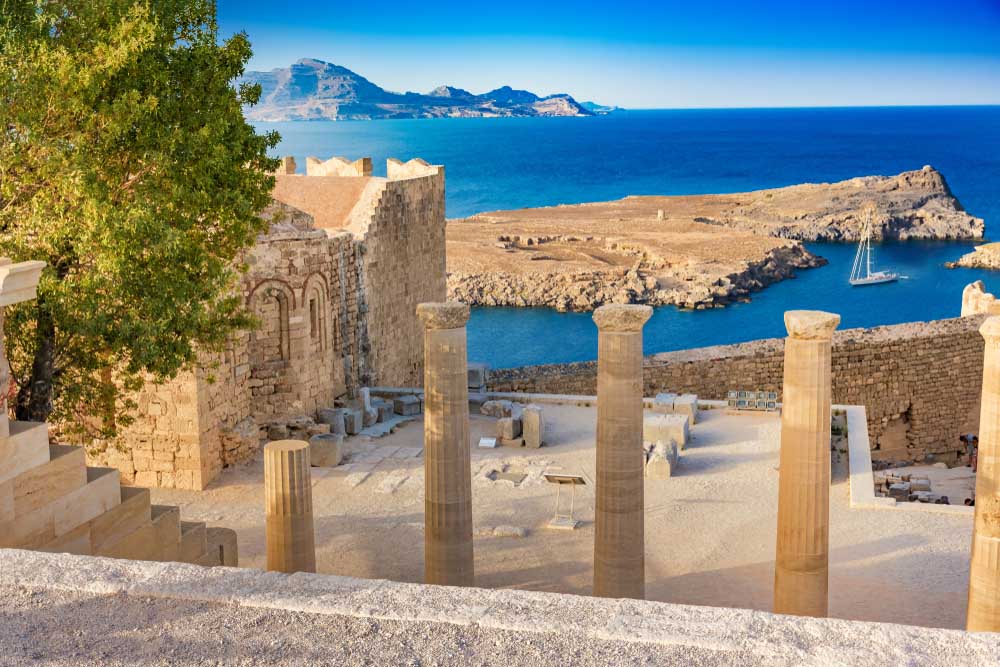 Staircase of the Propylaea and Church of St. John on the Acropolis of Líndos, Rhodes. Photo: Shutterstock

On descending from the clifftop ruins of Líndos Acropolis, you can relax on one of the best beaches on Rhodes. In a small bay enclosed by rocky headlands, the golden sands of Lindos Beach are lapped by clear, warm waters. There are plenty of sun loungers for hire and water sports are available if soaking up the sun is too laid-back for your taste. A handful of bars and restaurants overlook the beach, which is one of the best places to visit in Rhodes.

3. Lose yourself in Rhodes Old Town

The walled Old Town of Rhodes with its ramparts and 11 surviving gates is a UNESCO World Heritage Site. This well-preserved medieval quarter is a maze of narrow cobbled alleys cut through with bustling commercial streets lined with shops and restaurants.

Step through the northernmost Liberty Gate (Pylí Eleftherías) into Platía Sýmis to view the foundations of a Temple of Aphrodite. Contiguous Platía Argyrokástrou is flanked by the Inn of the Order of Auvergne and the Knights’ cathedral, Panagía tou Kástrou. Expect to get lost as you discover medieval mosques, Gothic churches and Byzantine museums. The 15th-century Knights’ Hospital now houses the Archaeological Museum. Among its exhibits of ancient artifacts is the eerily sea-eroded Aphrodite Adioumene in the Hellenistic statuary gallery, as well as the more accessible Aphrodite Bathing, wringing out her tresses. 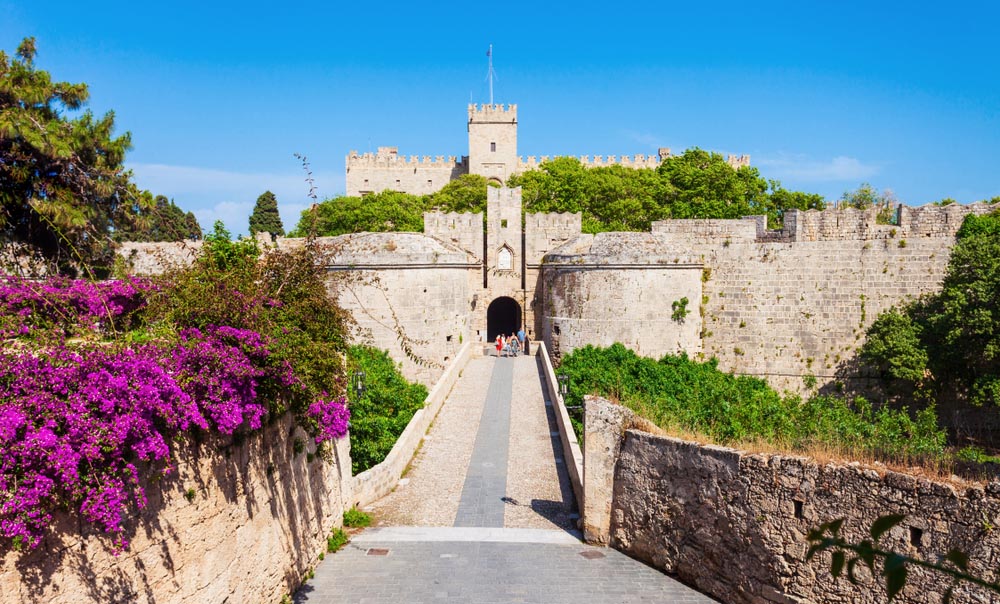 4. Stroll up the Street of the Knights

The splendid Street of the Knights is where many of the inns of the crusading Order of the Knights of St John were based. One of the most intact medieval streets in the world, its buildings of finely chiseled sandstone form one uninterrupted facade that rises to a double archway spanning the road at its peak. Italian-restored, and preserved from commercialization, the thoroughfare houses inns of the Knights, as their lodgings were divided by linguistic affinity. The Inn of France, emblazoned with the heraldry of several Grand Masters and now the French consulate, is the most imposing.

During the day the street is crowded with strolling visitors, so it is easier to imagine yourself back in the 14th century at night, when the street takes on a more magical atmosphere with the waxy glow of the streetlights reminiscent of medieval oil-lamps.

5. Palace of the Grand Masters

At the top of the Street of the Knights stands the The Palace of the Grand Masters. Housed in an imposing castle, it was almost completely destroyed when a munitions store in the nearby church of St John exploded in 1856. During the 1930s, it was rebuilt by the Italians as a summer residence for King Victor Emmanuel and Mussolini, neither of whom ever used it.

Traipse up the grandiose staircase to view ostentatious upper-floor decorations, including Hellenistic mosaics brought here from Kós. Two adjacent ground-floor galleries are devoted to ancient Rhodes and medieval, pre-Ottoman Rhodes. With their coverage of daily life in the Hellenistic city and the role of the Knights’ outpost as a trade port respectively, these exhibitions are jointly the best on the island making them a must-see in Rhodes. 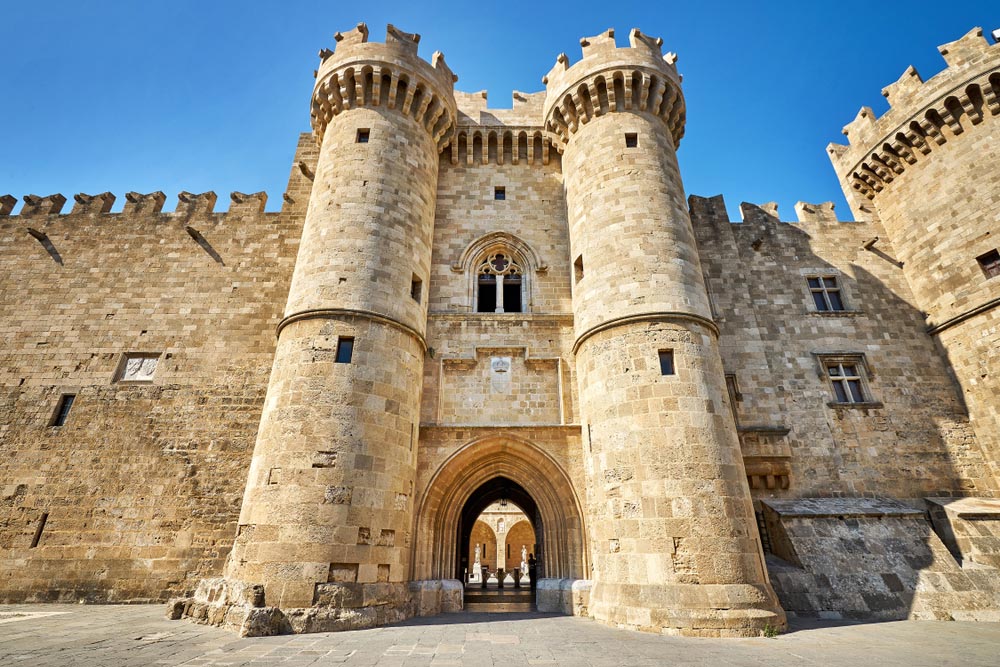 In addition to the sizable Turkish community that still reside in the Old Town, the other local minority that lived in the quarter were the Jews. Deported to Auschwitz by the Nazis in June 1944, few returned. Their synagogue Kal Kadosh Shalom on Simíou is essentially maintained as a memorial. However, it also houses the excellent Rhodes Jewish Museum with exhibits on the former life of the community and its far-flung diaspora.

Overlooking a palm-tree lined plaza north of the Old Town, just moments from the island’s northernmost point, stands the Museum of Modern Greek Art. The gallery’s exhibits detail the history of modern art in Greece and include the most important collection of 20th-century Greek painting outside Athens. Two annexes (one in the Old Town) host worthwhile temporary exhibits – one ticket allows entry to all three sites.

Tsambíka Monastery sits on the peak of a rocky promontory overlooking the east coast of the island. It is believed that the Virgin, to whom the monastery is dedicated, can make women fertile. Consequently, the tiny, vaulted 17th-century monastic church, which retains fresco fragments, is a magnet for childless women. Female pilgrims usually walk barefoot from the main road to pray for fertility and the chance of a child, especially during the festival on 8 September each year. Even from the parking lot and taverna, there are still 298 steps up to the pinnacle, a breathtaking walk in all senses of the word. The views from the grounds along the coast are second to none. 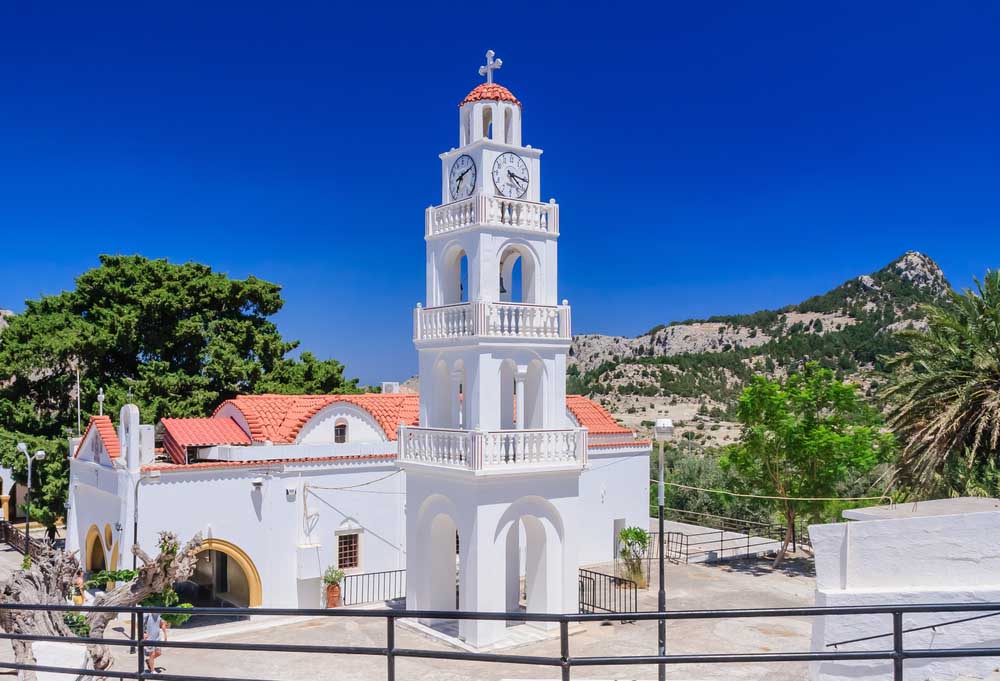 Some 326 meters (1,060ft) directly below Tsambíka Monastery, the sandy stretch of Tsambíka Bay is certainly one of the finest beaches on Rhodes. Gently shelving, it is the first beach on the island that becomes swimmable each year in April. Rugged limestone promontories enclose its golden sands and the shallow waters are warm making them ideal for children to swim in. Peddle boats and water sports can keep families entertained and there are several simple tavernas behind the beach serving drinks and simple, tasty meals. 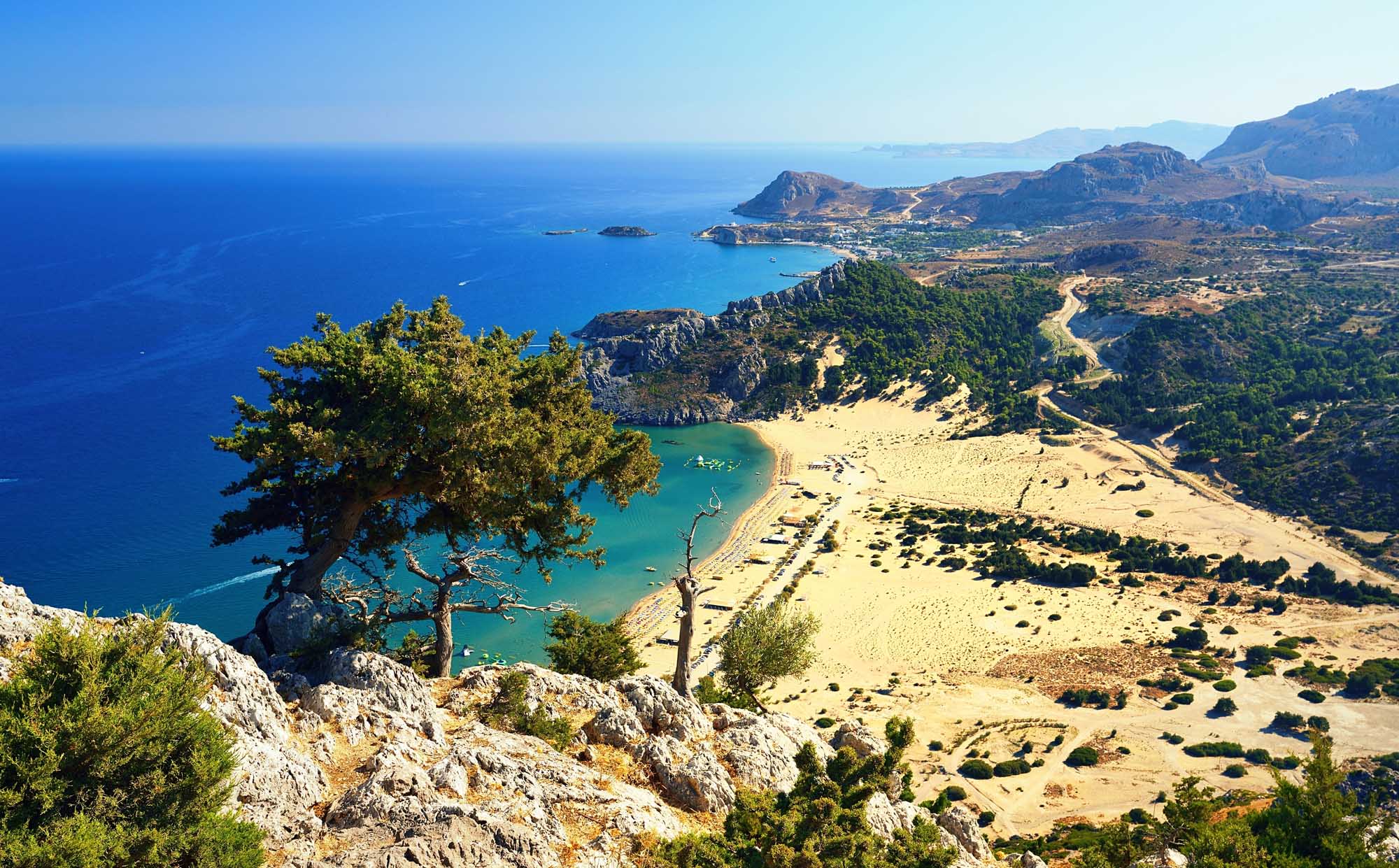 10. Marvel at the beauty of the Valley of the Butterflies

Up in the hills south of the airport is Petaloúdes. This literally translates as ‘butterflies’, and the area is usually known as the Valley of the Butterflies. One of the island’s beauty spots it is a must-see in Rhodes. Petaloúdes is actually a seasonal home not to butterflies but Jersey tiger moths, which are attracted by the oriental sweetgum trees that grow densely in this valley.

The whole valley has been set aside as a well-laid-out nature reserve for visitors, who can walk through the trees, over streams and around ponds and waterfalls, looking out for the winged creatures. The climb to the 18th-century chapel of Kalópetra at the top of the valley takes around one hour.

A major attraction on the northwest coast of Rhodes is the Italian-excavated ancient city of Kameiros. While no single monument stands out, the site encompasses a remarkably complete Doric townscape. You can easily imagine the city's buildings, bath houses and temples as they might have been as you wander along the roads at the site. Unusually, there were no fortifications, nor an acropolis, on the gently sloping hillside. Views from the top of the hill of the sparkling sea and other islands in the distance are absolutely breathtaking making Kameiros one of the top places to see in Rhodes. 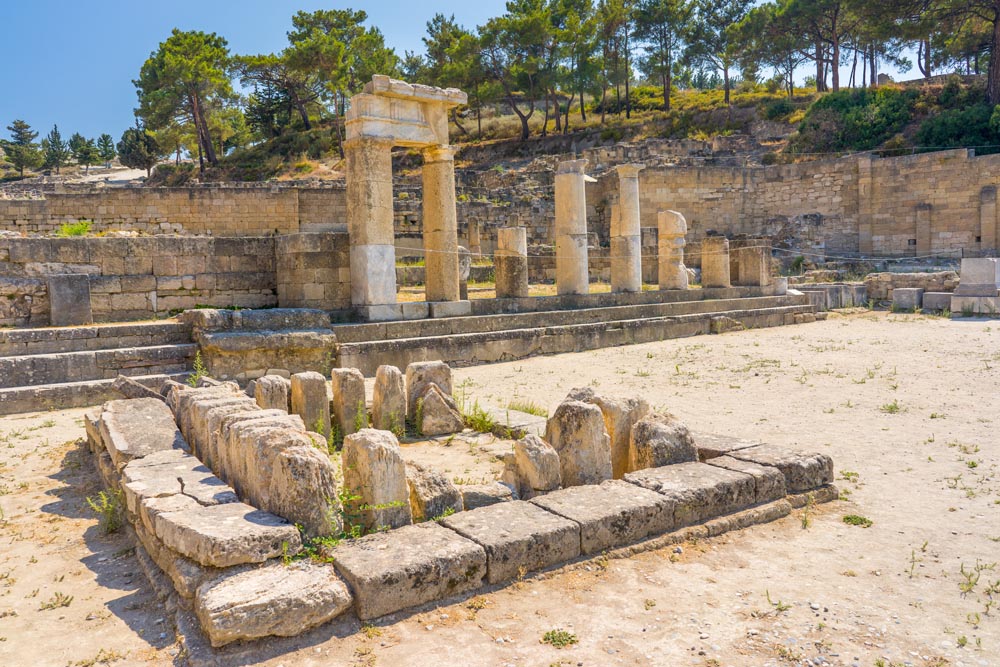 Doric temple at Kameiros on the Aegean coast of Rhodes. Photo: ian woolcock/Shutterstock

Near the southwest coast of the the island, the flat-roofed village of Monólithos gives access to the nearby eponymous castle. Perched on a narrow pinnacle, with a 200-meter (656ft) sheer drop on all sides the ruined fortress dates from the 15th century. Spectacular sweeping views to the west make up for the fact that little remains of the original building, but a tiny chapel has been built within its walls. Steep steps lead up to the site and there is a small taverna at their foot.

A 10-minute drive further on from Monólithos Castle takes you to the small and unspoiled stretch of Fourni Beach. Lively waves break on to the shingle and pebble shoreline at this wild and secluded spot with clear blue waters. There are caves and rocks to explore and a small café behind the beach serving drinks and simple meals. Apart from that, there are no facilities. This is a destination in which to enjoy the natural beauty of the coastline and one of the best places to visit in Rhodes.

A short drive away from Rhodes town on the island’s east coast, Kallithea Springs is a former spa. Built by the Italians in the early 20th century to harness the therapeutic powers of the area’s natural thermal springs, the complex features a splendid Art Deco folly, complete with domed pavilions and palm trees. One rotunda is home to a small exhibition space and a permanent gallery on the history of the spa. Below it there are shingle beaches along the rocky coastline where you can enjoy swimming and snorkeling in the startlingly clear waters. 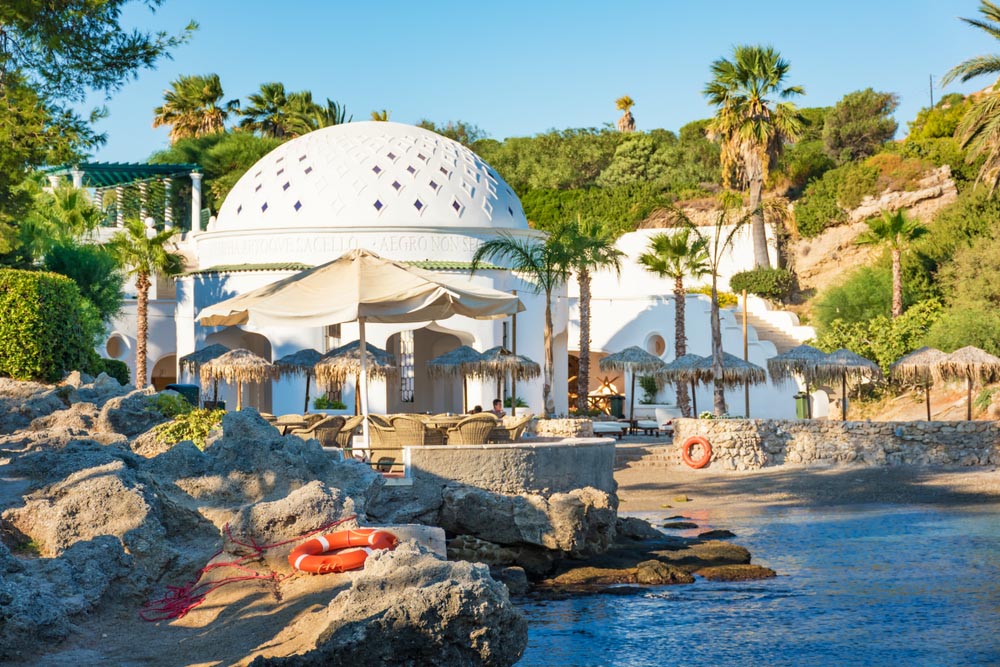 The small island of Sými is deservedly the most popular day trip from Rhodes, and is about one hour away by the fastest craft. Arrival at Sými’s ferry terminal offers one of the most impressive vistas in Greece. Hundreds of neoclassical stone facades and iron balconies combined with thousands of pastel-hued shutters rise from the harborside up the slopes. High above harbor just out of sight lies Horió, the island’s inland village, reached either by climbing 357 broad stone steps, the Kalí Stráta (the ‘Good Road’), or, less strenuously, by bus from the south quay. Horió is crowned by the inevitable Knights’ castle, built amid the ruins of Sými’s ancient citadel. 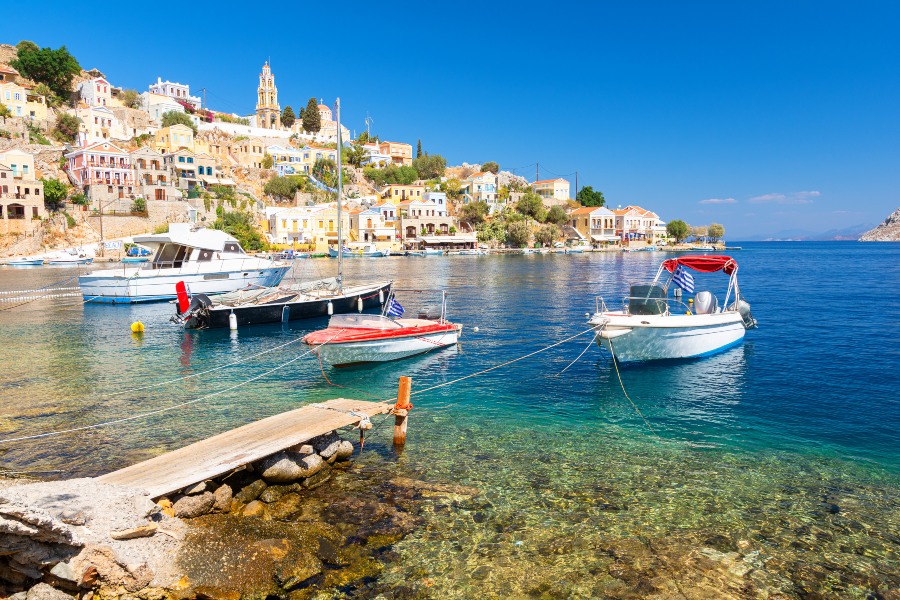 Insight Guides can help you plan and book incredible trips in Greece. Simply get in touch to let us know your ideas for the trip and when you would like to travel. Local travel experts will then create a tailor-made itinerary based on your preferences which you can amend until you're happy with every detail before booking. Our existing itineraries can offer inspiration, and keep in mind that they can all be tailored to meet your specific needs.