The island of Sicily has drawn the attention of all the powers that have prowled the Mediterranean over the last 3,000 years and they have left behind a wealth of stunning edifices testifying to their presence. Here is our guide to the top 6 beautiful buildings in Sicily. 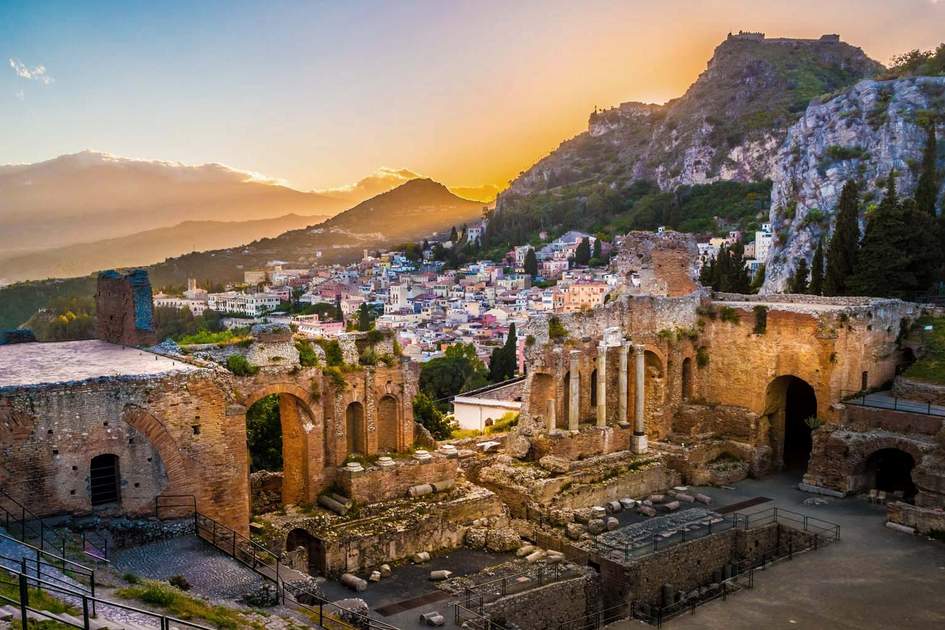 To the west of Palermo, the ancient Greek Temple of Segesta makes an impressive sight sitting atop Mount Barbaro. It’s a well-preserved Doric temple ruin that is thought to have been built around the 4th century BC. Segesta, the name of the nearby town, was one of the major cities of the Elymians, the people who built this remarkable piece of architecture. Despite its remote location the temple is relatively easy to reach – you can drive from Palermo and then take the shuttle bus from Segesta’s archaeological park. The town is also home to other historical buildings, including an amphitheatre, a mosque and an old fortress. If you're visiting during the summer, try and catch one of the classical Greek drama productions which are staged seasonally in the ancient amphitheatre. 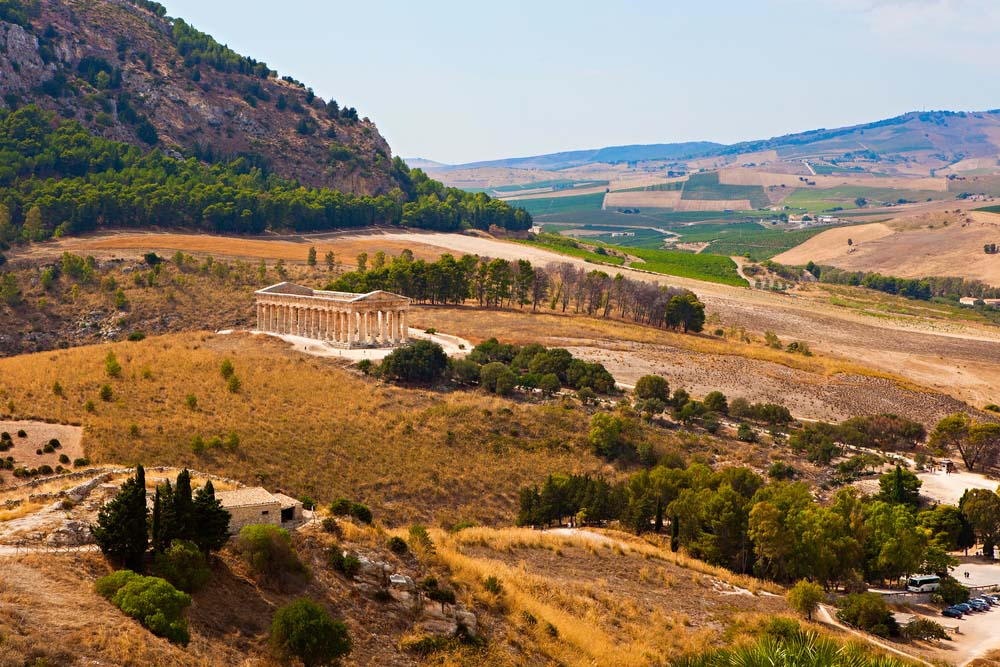 Dating from the 3rd century BC, the Ancient Theatre of Taormina is one of the largest open air amphitheatres in Sicily with a diameter of around 120 metres. The original walls of the structure are crumbling away, but what remains perfectly frames the view of the crystal blue sea, the rugged Mediterranean coastline and colossal Mt Etna in the distance. The theatre is located in Taormina, one of the most beautiful cities on the island, and is still used today for operas and musical performances.

In the coastal city of Acireale overlooking the Piazza Duomo, imposing Acireale Cathedral was originally built in the 16th century but was modified extensively over the next few hundred years until it was finally awarded the title of cathedral in 1872. As a result, the building displays examples of a range of architectural styles – a Baroque portal, a neo-Gothic frontage and a pair of mannerist-style bell towers. The cathedral’s lavishly decorated interior features paintings by Italian artist Francesco Mancini-Ardizzone and a chapel dedicated to one of the city’s patron saints, Santa Venera, containing relics dating from the Middle Ages. 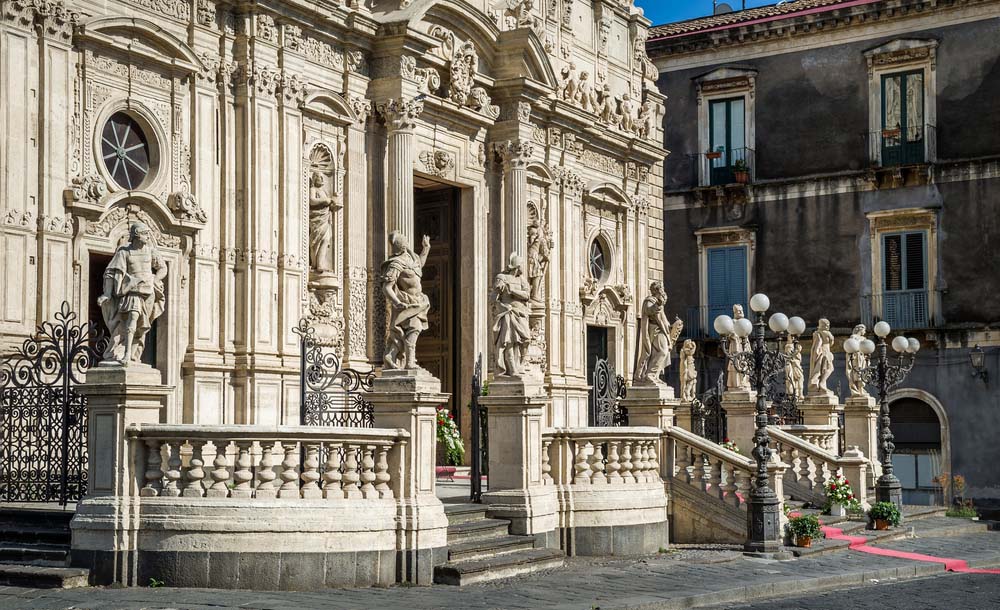 A broad flight of steps leads up to the monumental Baroque facade and neoclassical dome of Cathedral of San Giorgio in the southeastern city of Modica. Rebuilt after the destructive 16th-century earthquake that hit the region, the cathedral is known as the Mother Church due to its lofty position overlooking the city below. A landmark of Sicilian Baroque architecture, the its richly decorated interior houses impressive paintings, marble statues and the remains of San Giorgio, as well as a paved sundial on the transept floor that marks noon in the church. 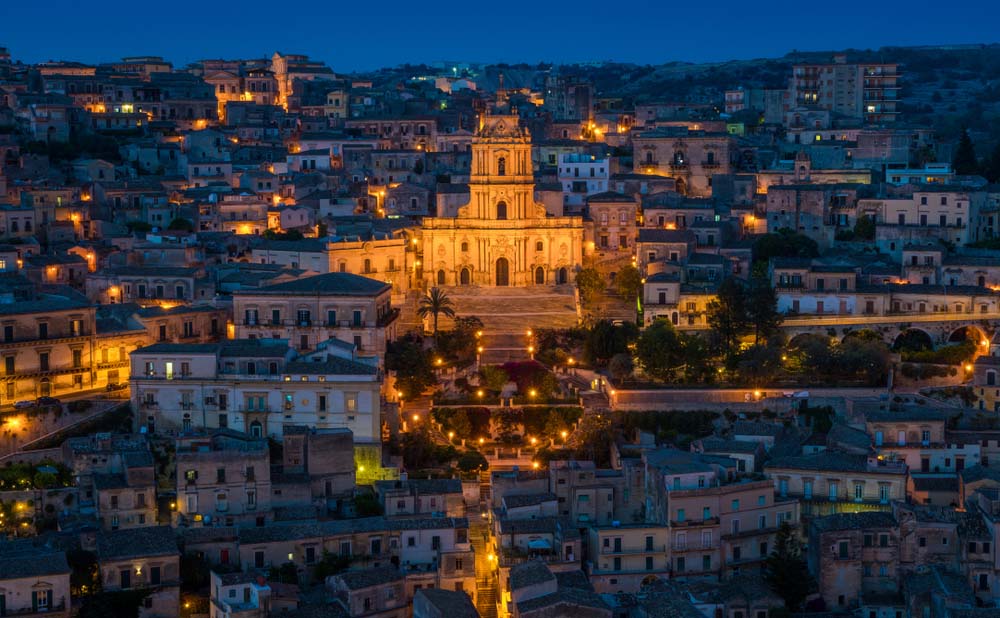 Housing a fine collection of Ancient Roman and Greek artefacts, Palermo's Antonio Salinas Regional Archeological Museum is a must-see for history buffs. The museum houses an impressive array of Greek ceramics, beautiful mosaics, Roman murals, and other pieces unearthed at Sicilian archaeological sites. The museum itself occupies an exquisite sixteenth century building housed in the Olivella convent and is known for having one of the richest collections of Punic and Greek art in Sicily – the Punics being a people hailing originally from what is now Tunisia, who were defeated by the Romans in the Sicilian Wars of 265–146 BC.

Located outside the town of Piazza Armerina, the Villa Romana del Casale is an extravagant villa from the Roman Empire. Dating from the 4th century AD, the villa is particularly notable for its 3,300 square metres of magnificently detailed and well-preserved floor mosaics, for which the site is UNESCO World Heritage listed. The mosaics are unique in the Mediterranean and indeed the world as an extensive collection depicting realistically observed scenes of peerless artistic invention and quality. 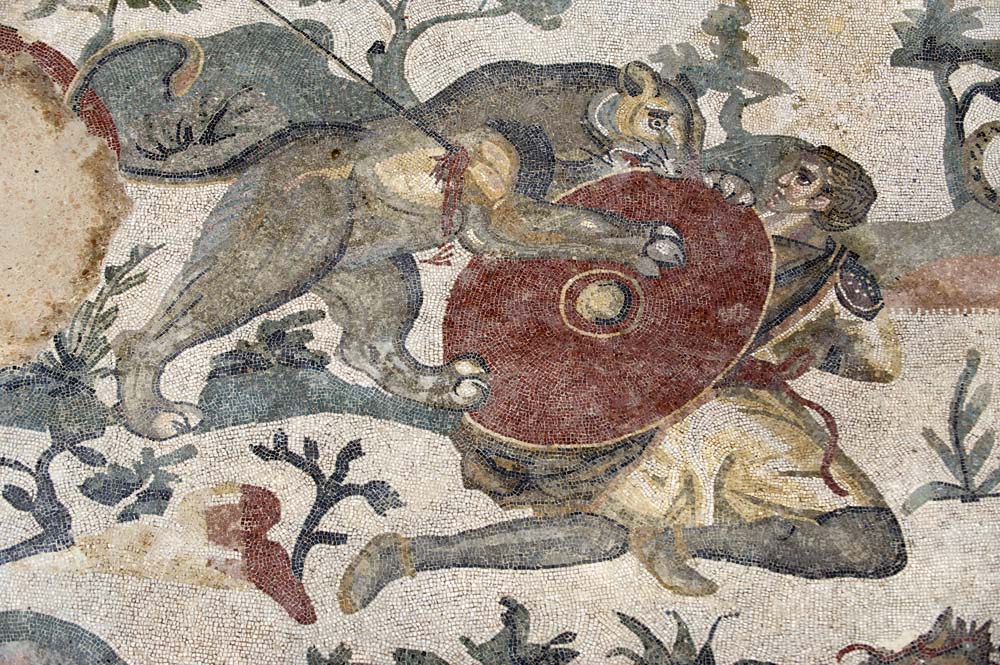 Ready to take a trip to Sicily?

Our local experts can help you with planning fantastic trips to Sicily. Simply get in touch to let us know your ideas for the trip and when you would like to travel. We will then create a personalised itinerary that you can amend until you're completely happy with every detail before booking. Check out our existing Sicily itinerary for inspiration, and keep in mind that it can be tailored to meet your specific needs.