South Africa is a country of exceptional natural beauty that is home to uniquely diverse cultural variety and incredibly welcoming people. Of the vast range of amazing experiences on offer, here is our look at the top attractions in South Africa. 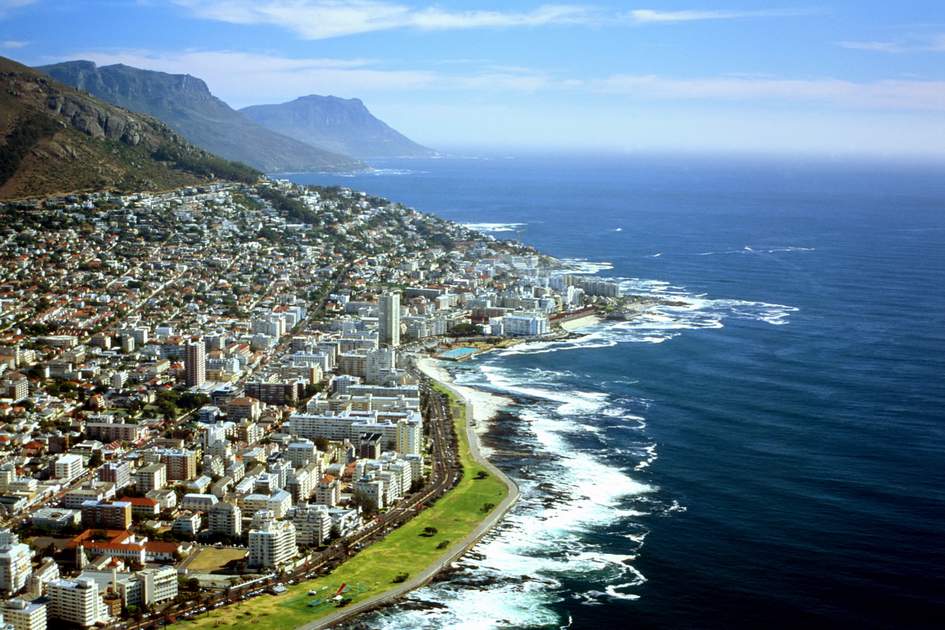 Magnificent scenery is certainly a major part of Cape Town's appeal – from towering Table Mountain and blissful beaches overlooking the Atlantic Ocean to the breathtaking craggy landscapes running down the Cape Peninsula to Cape Point. And its spectacular setting is complemented by a climate that alternates between pleasant and sublime.

Highlights of a visit to this cosmopolitan and engaging city include world-class museums such as the Iziko South African Museum overlooking the serene Company’s Garden park, and exploring the narrow streets of the Bo-Kaap, or Malay Quarter, lined with pastel-painted early 18th- and 19th-century cottages. The redeveloped historic Victoria and Alfred Waterfront houses stores and attractions and is a great place to sample the city’s vibrant dining and nightlife scene. Guided tours of Robben Island leave daily from the V&A Waterfront. This notorious prison where Nelson Mandela spent 18 years of his sentence now functions as a national monument and museum dedicated to the struggle against apartheid.

Cape is a must-see on every traveller's itinerary to South Africa. Get to know this wonderful city on Insight Guides' Cape Amazing: Cape Town Explored trip. 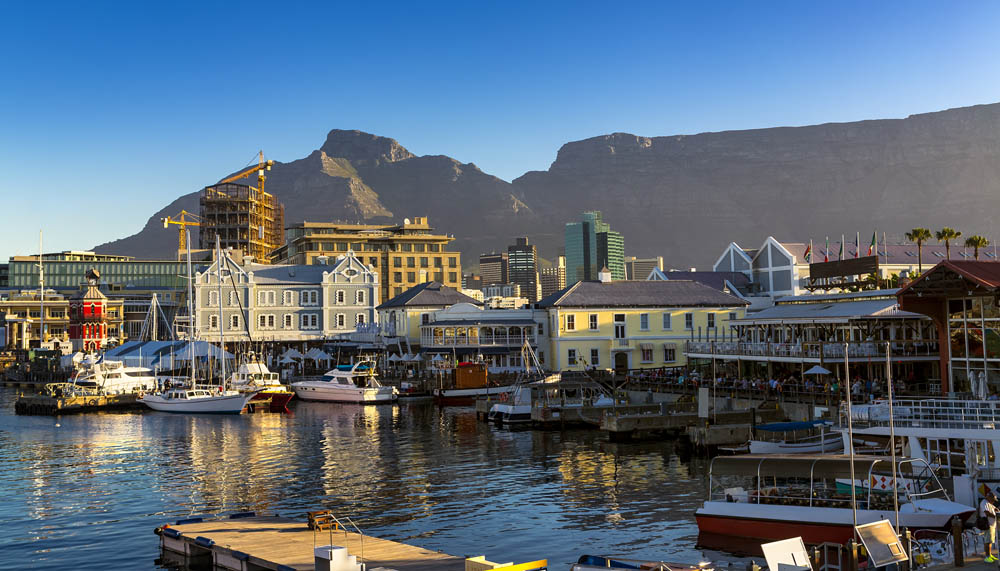 A flat-topped block of horizontally bedded sandstone that dominates the skyline of Cape Town, Table Mountain is a landmark for everyone in the city. No visit is complete without climbing the mountain to take in the views stretching in all directions: over the Waterfront and Robben Island to the north, across Camps Bay and the Atlantic coast to the west, False Bay to the east, and the undulating mountainous spine of the Cape Peninsula to the south. The easiest way to reach the top is by riding the Table Mountain Aerial Cableway. Alternatively, you can walk. A popular route to the summit by foot is Platteklip Gorge, which follows a 3km (1.6 miles) path zigzagging uphill from Tafelberg Road. The steep path up Skeleton Gorge leads through lush forest and rocky stretches en route to the mountain’s 1,086-meter (3,560ft) summit. This route starts at the magnificent Kirstenbosch National Botanical Gardens on the mountain’s eastern slopes. The gardens’ formally laid-out beds showcase some of the nation’s most impressive flora before blending into the natural yellowwood forests on the mountainside. 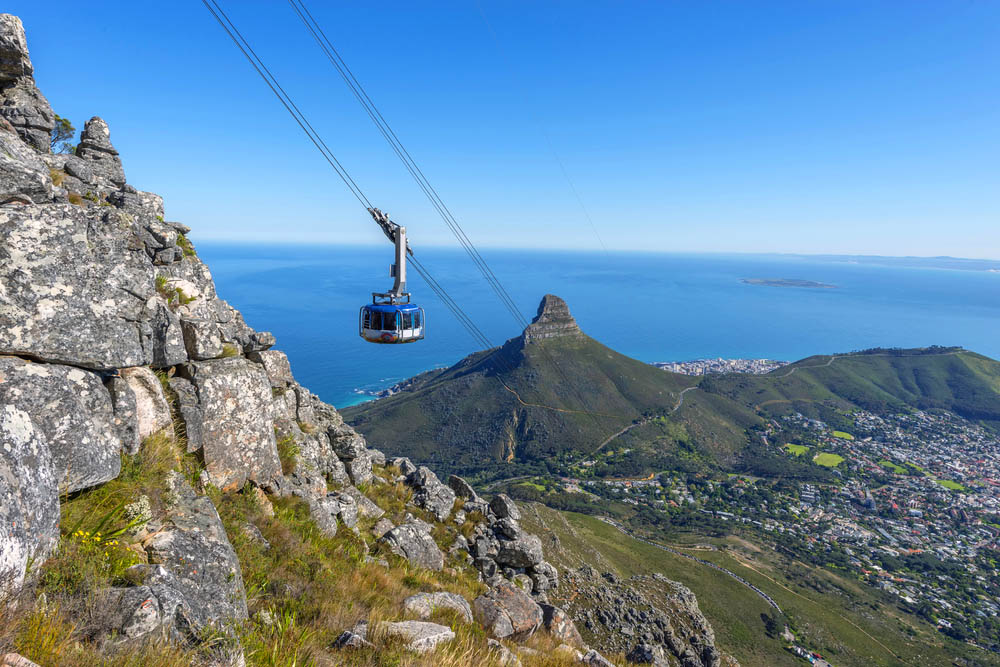 Kruger National Park has an extraordinarily rich and diverse animal life, which together with its tremendous size makes it one of the world’s great game reserves. Some 147 mammal species have been recorded, including the ‘Big Five’ of lion, rhino, leopard, elephant and buffalo, as well as hippo, zebra, giraffe and spotted hyena. Most of Kruger’s game is spread evenly throughout the park and sixteen national park rest camps are scattered across its expanses, all of which you can reserve at the National Parks website. Coach tours are available, but game viewing from a private car is just as enjoyable – and you can go at your own pace. The best time to visit the park is during the dry season from May to September when temperatures are relatively moderate. Paradoxically, visitor numbers peak during the hot, wet summer months from October to April, as this is the best time to visit Cape Town and coincides with winter in the northern hemisphere. 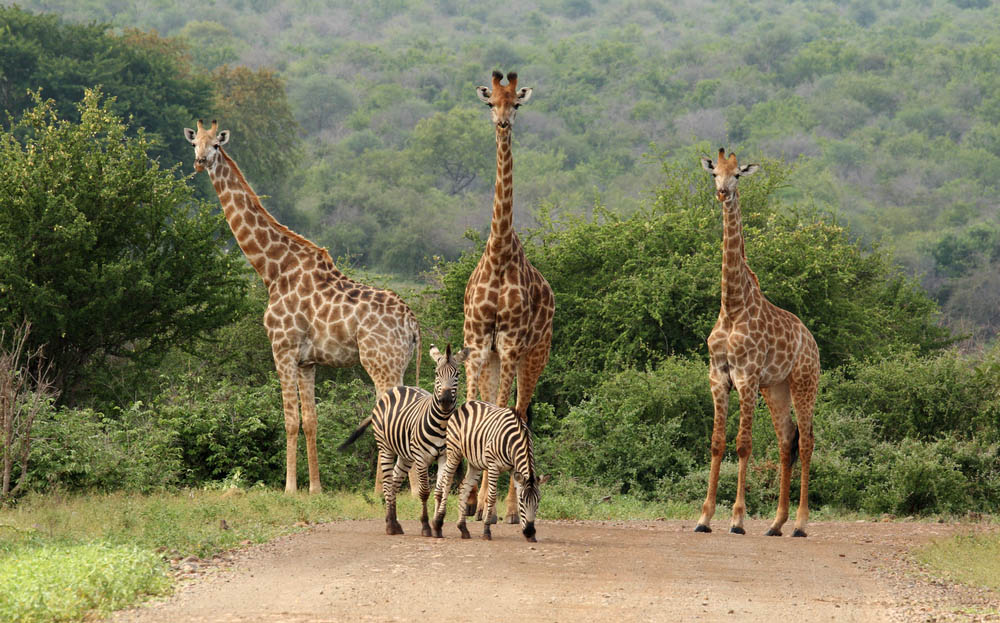 The traditional center of Cape viniculture, and home to its highest concentration of vineyards is the mountainous region east of Cape Town known as the Boland (Highland). This region is studded with literally hundreds of wineries, and distinguished by some beautiful mountainous landscapes and elegant Cape Dutch architecture. There are a dozen or so wine routes which take in memorable scenery and venerable estates in the area and can all be visited on day trips from Cape Town.

Stellenbosch, the second oldest town in South Africa, is an architectural jewel which is home to numerous, beautiful 18th-century Cape Dutch, Georgian, and Victorian buildings. In the surrounding winelands, dozens of estates are nestled in the valleys and foothills. Kanonkop produces some remarkable Pinotage, while the Pinot Noir and Merlot at Meerlust are equally outstanding. The Rustenberg Estate offers an authentic Cape Dutch atmosphere and stunning mountain scenery, while Vergelegen is arguably the most beautiful estate in the Cape and certainly one of the top wineries in South Africa. 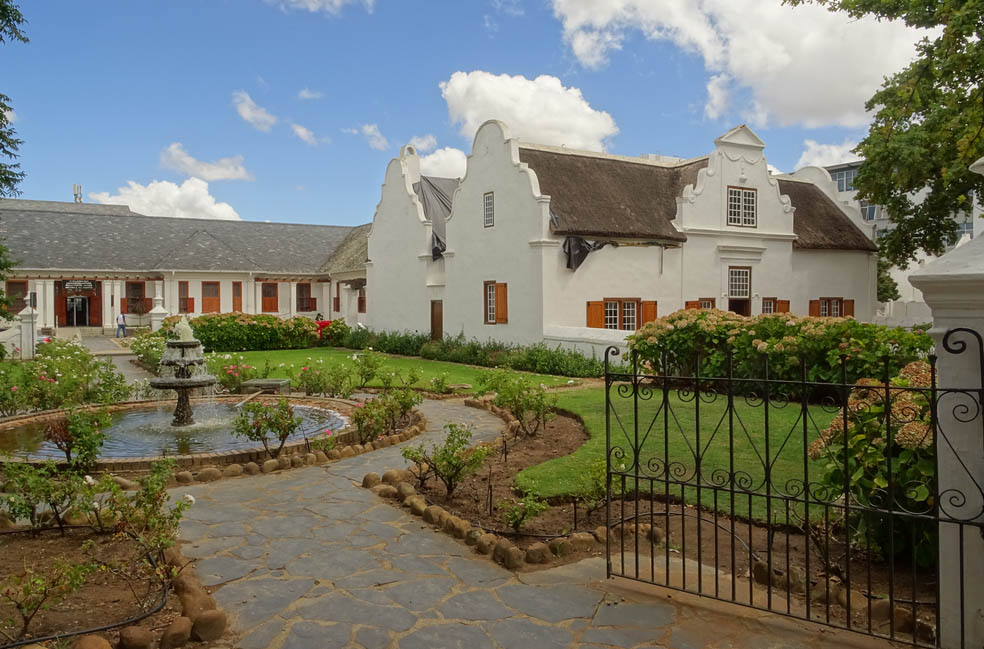 Pilanesberg is the closest fully fledged ‘Big Five’ reserve to Johannesburg – about a two hour drive away from the city. The game reserve protects an expanse of mixed grassland and woodland and is one of the best places to see white rhino and elephant, which roam freely alongside lion, leopard, buffalo, zebra and giraffe. Pilanesberg is also home to around a dozen species of antelope and hundreds of species of birds. Served by good internal roads and a range of accommodation options, from camp sites to upmarket hotels, the reserve is perfect for a one- or two-night self-drive safari out of Gauteng. Most lodges in the park also offer guided drives for those who prefer not to drive themselves. 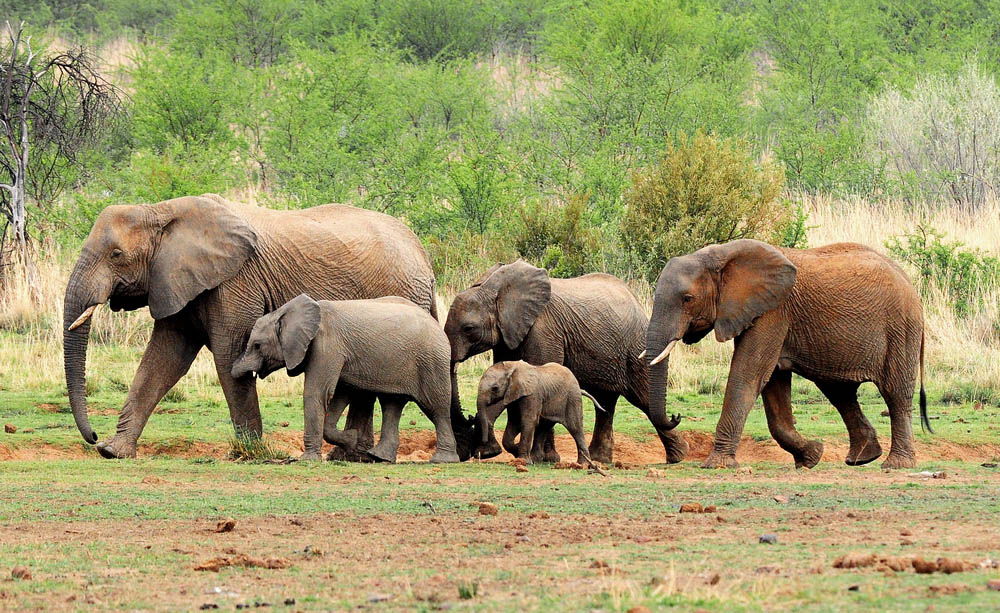 When you think of penguins, it's not usually in the context of the heat of Africa. But beyond the southern end of the historic port settlement of Simon’s Town, on the east coast of the Cape Peninsula south of Cape Town, a penguin colony has become well established at Boulders Beach. The giant granite rocks at the beach were first used as a breeding site by a few pairs of African penguins in the mid 1980s. Now incorporated as part of Table Mountain National Park, the beach is home to several thousand of these comical and fearless birds, forming one of just three breeding colonies on the African mainland. The main breeding colony at the north end of the beach is accessible by a network of of stilted boardwalks and viewing  platforms. The secluded beach at the southern end of sometimes offers visitors the opportunity to swim in the ocean alongside penguins – an unforgettable experience. 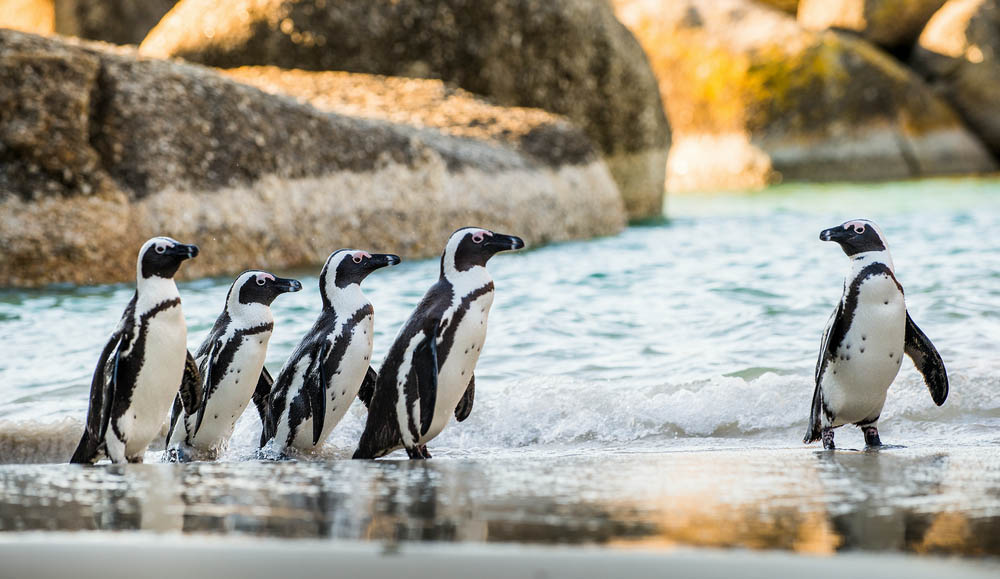 7. Whale Watching in the Western Cape

South Africa is one of the best destinations in the world for whale watching. More than 30 whale species can be found off the South African coast, including killer whales. But by far the most commonly spotted are southern right whales, which seek out sheltered bays along the Cape coastline in great numbers each year to breed. From June to December, there is a good chance of seeing whales all the way round the peninsula, from Elands Bay on the west coast to Mossel Bay on the Garden Route.

The bijou town of Hermanus, just east of Cape Town offers the world’s finest land-based whale watching with its perfect combination of low cliff tops and clear waters at the base of the cliffs. In season, you are practically guaranteed sightings. Hermanus New Harbor at Westcliff is the start of the town's cliff path, which follows the shoreline along the bays and lagoons. Spend a morning walking the length of the path. There are bench seats along the way where you can relax and take in unrivalled views of the whale activity out at sea. 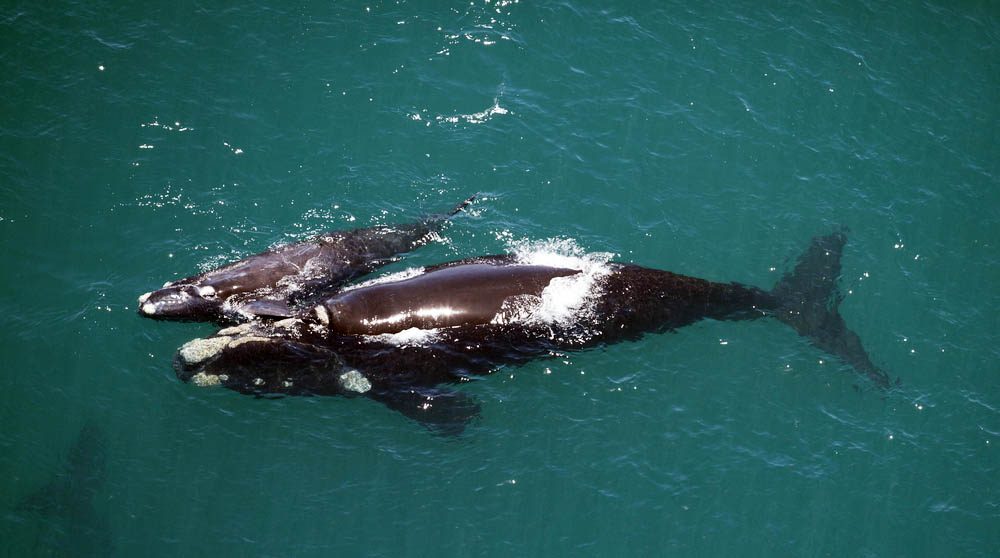 Ready to take a trip to South Africa?

Insight Guides can organise fantastic trips in South Africa for you. To get started, simply get in touch to let us know your ideas for the trip and when you would like to travel. We will then create a personalized itinerary especially, which you can amend until you are completely happy with every detail before booking. You can browse our existing itineraries for inspiration, and keep in mind that all of our pre-planned itineraries can be fully tailored to suit your own specific requirements.