The largest city in southern Italy, Naples is the birthplace of pizza, and authentic crusty Neapolitan pizza served in one of the city’s many relaxed pizzerias is extremely hard to beat. Here is our guide to restaurants where you can relish the top pizzas in Naples. 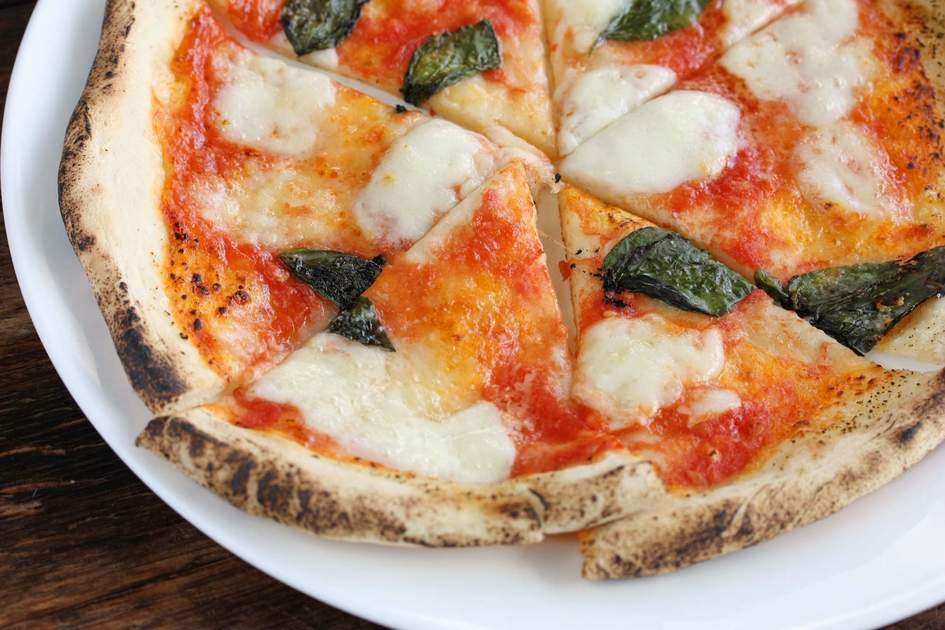 The national passion for food makes Italians demanding customers. And in Naples, the abundant local produce is of exceptionally high quality due to the warm regional climate and fertile volcanic terrain. Ripe tomatoes, basil and olive oil seem to taste better here than anywhere else on the planet, while Campanian mozzarella made from buffalo milk has an exquisite creamy taste and velvety texture, all of which contributes to making Neapolitan pizza the best in the world.

Freshness and simplicity define the traditional cuisine of Naples and its pizza combines the two qualities perfectly. Baked rapidly in dome-shaped, wood-fired brick ovens at extremely high temperature, Neapolitan pizza has a thin base with a puffed and crunchy crust around its edge. The classic Naples pizza is the margherita, named after Queen Margherita, who on an 1889 visit to the city chose this simple version as her favourite, allegedly as she was patriotically attracted by the colours of the basil, mozzarella and tomato toppings, reflecting the green, white and red of the Italian flag.

Authentic pizzerias in Naples generally only offer pizza and can be cramped and crowded, but given how seriously the city’s population takes its food, it's definitely more about the pizza than the decor. A queue of locals waiting on the street outside for a table is usually a good sign that this is indeed a place to eat well. If they think the pizza being served inside is worth waiting for, it invariably is. 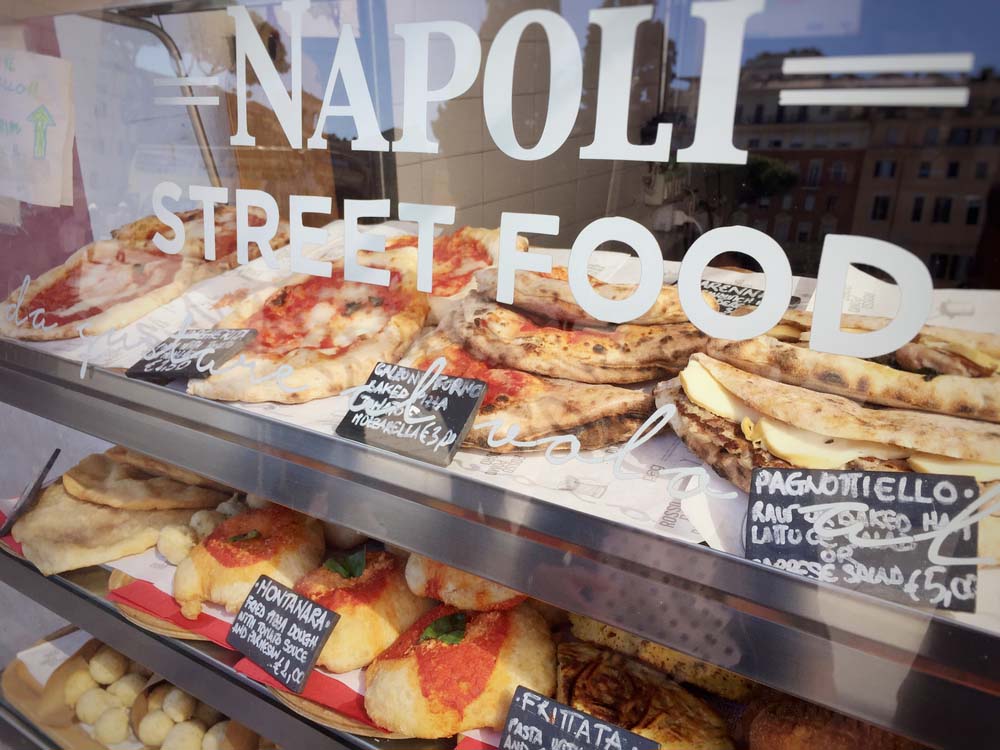 Di Matteo is the archetypal Neapolitan pizzeria: noisy, chaotic and very cheap. One of the most famous in the city, local aficionados rate it highly and when you taste its huge, mouthwatering pizzas, it’s easy to see why. Head upstairs to one of the simple rooms to sample the atmosphere and the house speciality, fritto ripieno (fried calzone).

This venerable pizzeria is the most traditional in Naples and consistently draws legions of devotees to its minimalist dining rooms furnished with marble-topped tables. Only two types of pizza are available, the classic margherita, and the marinara, topped with tomato, garlic, oregano and olive oil – but both are king-size and pretty much perfect. Arrive early to try and beat the crowds – but expect to queue anyway. 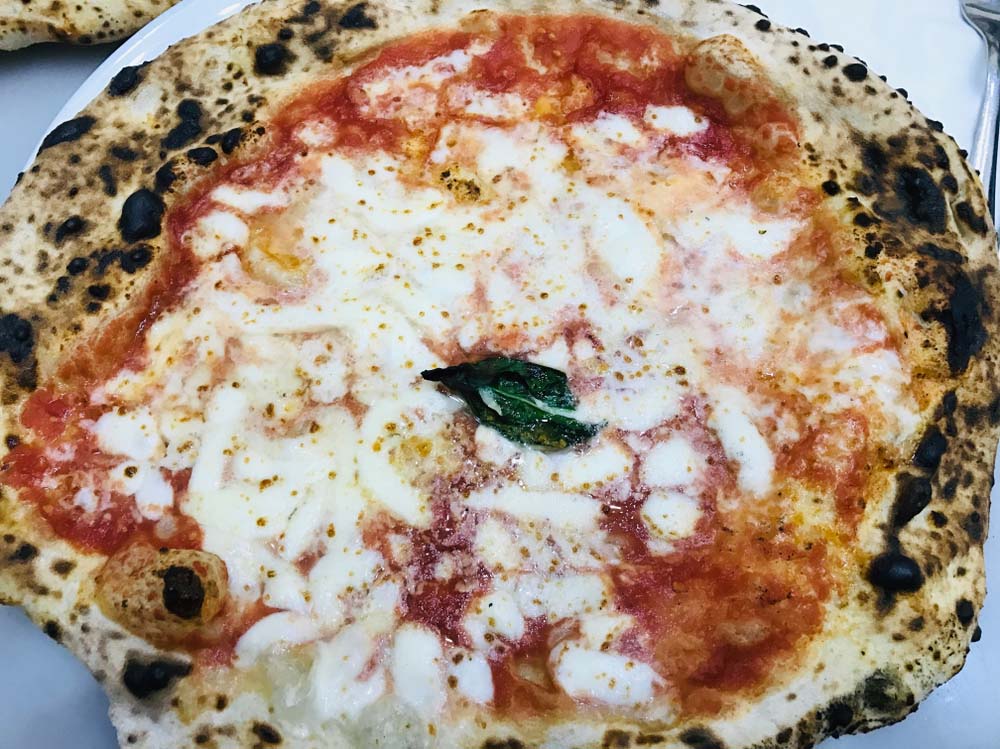 From its early 20th-century origins as a family-run wine cellar, Starita developed into a trattoria and friggitoria (fry shop), and subsequently the traditional Neapolitan pizzeria that operates today. In a bright space with exposed brick walls and vaulted stone arches, diners feast on delicious pizza with light, doughy crust that is prepared exclusively from the finest, carefully sourced local produce.

On a flagstoned alley in the heart of the city centre, Sorbillo pizzeria is run by brothers from one of the oldest pizza-making families in Naples. Originally established by their grandparents in 1935, today, Sorbillo’s enormous pizzas – all made from premium organic Campanian produce – are famous throughout the city, so much so that the queue to get a table can take more than an hour. 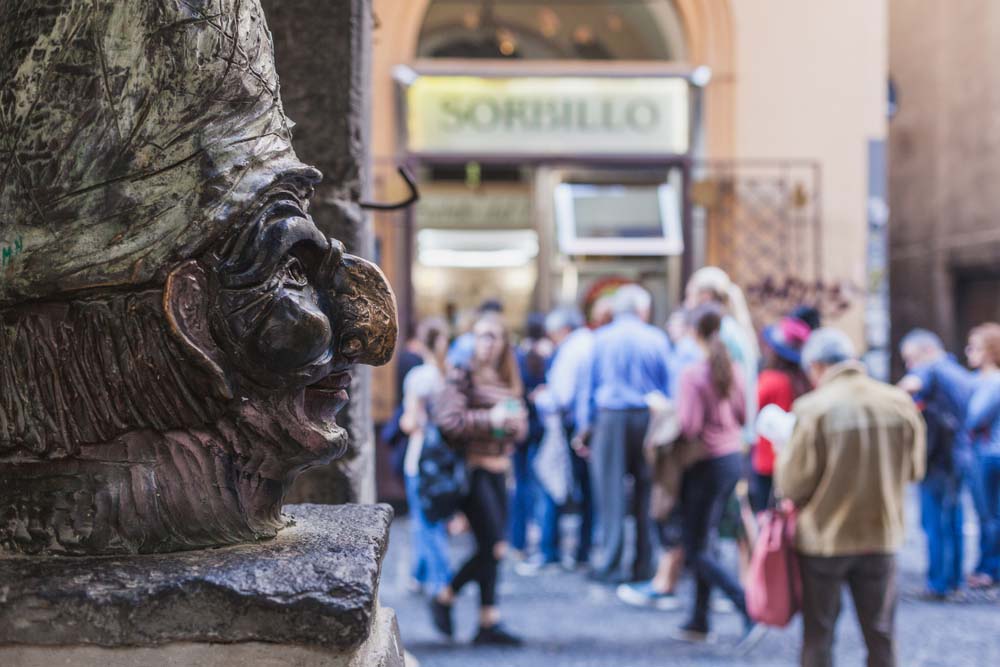 I Decumani – Via dei Tribunali, 58, Naples

One more excellent pizzeria along the stretch of Via dei Tribunali, in the city centre next to the Naples Underground Museum, I Decumani is widely acknowledged as one of the finest. The long menu features dozens of oversized pizzas, from the traditional marinara, to more creative recipes with artichokes, croquette potatoes or friarelli (tender broccoli), and the house speciality stuffed pizzas.

While many of the best pizzerias in Naples are practically institutions in the city, that doesn’t mean that there aren’t newer places springing up where you might consider the pizza on offer to be the best you’ve ever eaten. One such spot is Pomod’oro Pizzeria where you can savour premium Neapolitan pizza prepared with quality ingredients enhanced by a base cooked to perfection with a light, puffy crust – without having to queue up for an hour.

Ready to take a trip to Naples and its pizzerias?

Simply get in touch with us to share your ideas for the trip and let us know when you would like to travel. Our local experts will then create a tailor-made itinerary based on your personal preferences, which you can amend until you're completely happy with every detail before booking. Our existing itinerary to southern Italy can offer inspiration, and keep in mind that it can be tailored to suit your own specific requirements.

I would like to thank you very much for organising the 8 day tour of Rome and the Amalfi Coast which was a highlight of our trip. The accommodation was great value for money, the transfers and tours were all well organised, on time and had good guides... Read more

I would like to thank you very much for organising the 8 day tour of Rome and the Amalfi Coast which was a highlight of our trip. The accommodation was great value for money, the transfers and tours were all well organised, on time and had good guides and it all helped to make the whole trip so enjoyable. I will recommend you to anyone I hear of who is contemplating travel to this part of the world.