Top 5 things to do in Gangnam, Seoul, South Korea

Karni-Marijke Vis explains the best things to do in Gangnam, proving that while Seoul has many traditional sights to track down, its younger suburbs have just as many attractions to offer... 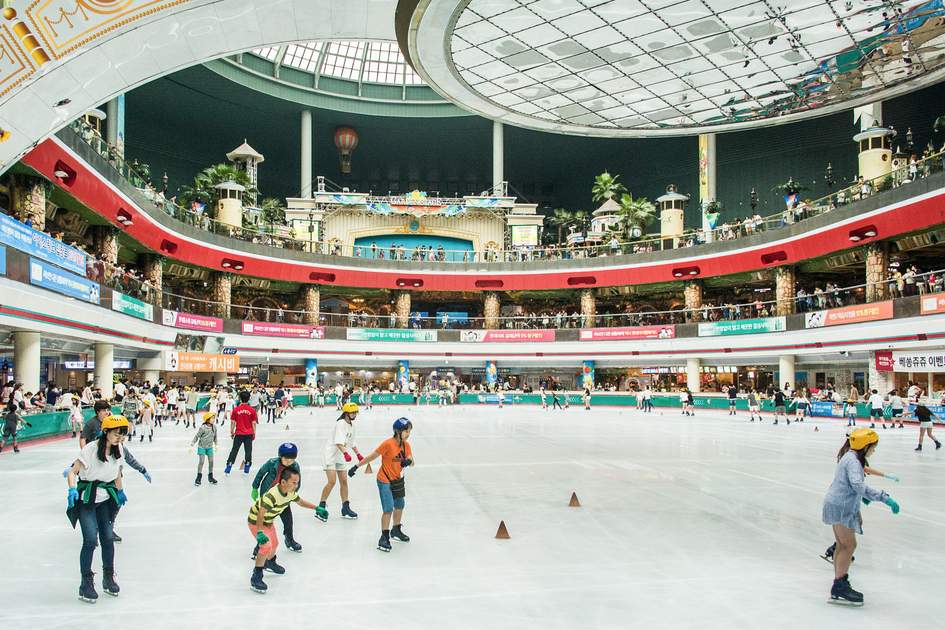 Taking a trip to South Korea with Insight Guides: How to get started

Our local experts can now create tailor-made trips to South Korea! To get started, simply get in touch, tell us where you’d like to go, what your interests are, and we will create an itinerary for you. Then you can amend your itinerary until you are completely satisfied. All that'll be left for you to do is to pack, and enjoy yourself!

1. Visit Lotte World: fun for all the family

This is a great place to stop by if you're travelling with children. Lotte World Mall is ideal for a shopping spree, while kids will be entertained for hours in Lotte World Adventure: an amusement park packed with rides and attractions. Don't let your little ones miss the mini-train that criss-crosses the park or the balloon that ‘flies’ overhead. Active families can rent skates and set their children free on a cool ice-skating rink too.

How to get there: Take Subway Line 8 to Jamsil station; Lotte World is next door.

Bongeunsa, which literally translates to ‘Offering Mercy Temple’, dates back to 794AD and is one of the city’s oldest temples. During the lotus flowering season (June to August) the entrance is piled high with dozens of pretty flower-filled pots. People come to offer incense, light a candle under a canopy of delicate lanterns, or pray in front of the many Buddha statues inside the halls. Bongeunsa also has a temple stay programme for those who want to experience temple life for one or two days.

How to get there: Take Subway Line 9 to Bongeunsa; the temple is next door. 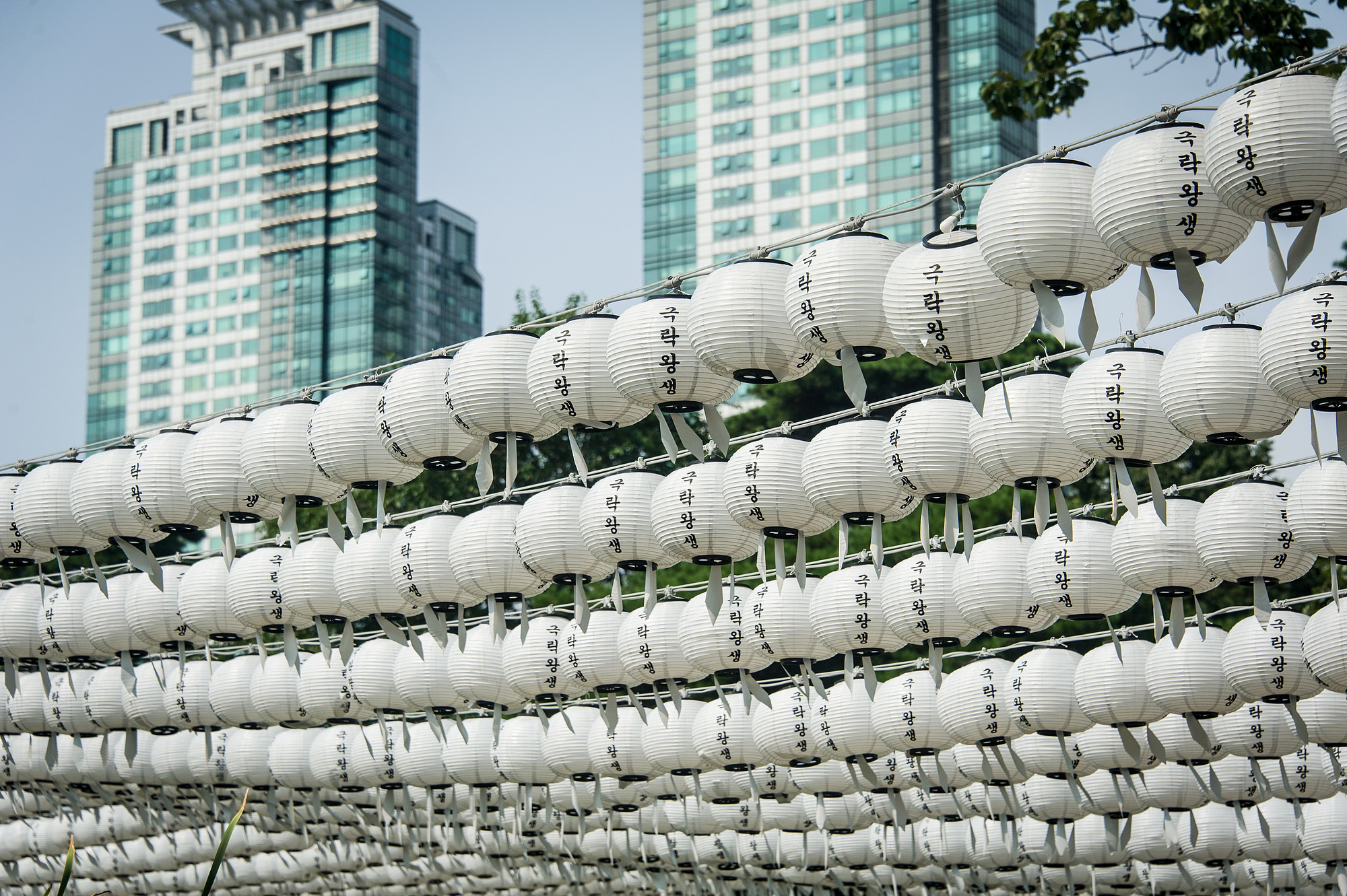 In 1988 Seoul hosted the Olympic games. For this event, as well as for the Asian Games in 1986, South Korea built an Olympic Park. While some stadiums are still used for daily workouts, others offer a range of enticing events and performances. While you're here, make time for a leisurely stroll around the surrounding hills – some covered in grass, others in forest – while admiring around 200 sculptures along the way. The majority were commissioned for the Olympic Games and showcase a range of work by South Korean as well as international artists.

How to get there: While the Subway map mentions a station called Olympic Park on Line 5, this will take you to the rear entrance. Instead, take Line 8 to Mongchontoseong, a stop right in front of the Peace Gate, the official entrance to the Olympic Park.

4. Learn about prehistoric life at the Amsa-dong Settlement

Amsa-dong offers children and adults alike the opportunity to understand South Korea's ancestors. This is the largest prehistoric site found in South Korea, combining a range of excavation sites and reconstructions. The reconstructed huts, which are partly underground, are beautiful and respectful of their original features. In the museum, you’ll find pottery, stone utensils and examples of burial chambers.

How to get there: Take Subway Line 8 to the last station, Amsa. From there, it's a 1.5km walk to the settlement. 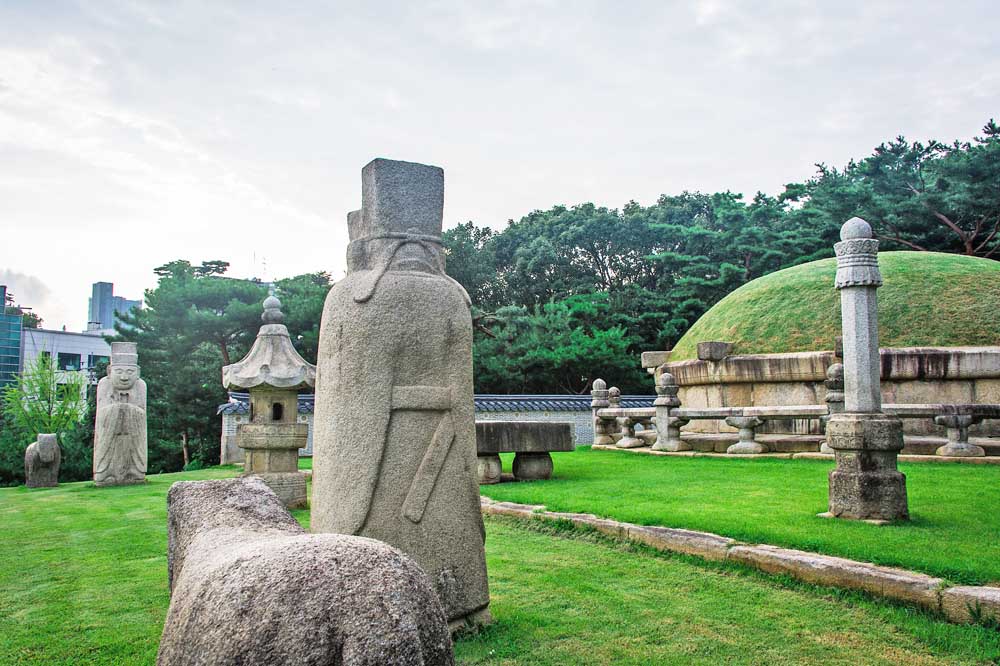 No list of things to do in Gangnam would be complete without a stroll around the Royal Tombs. Photo: Coen Wubbels

5. Combine a stroll with culture at the Royal Tombs

Even super-cool Gangnam features Korea’s royal past. The royal tombs are a Unesco-declared World Heritage site, and you’ll find 40 neung – tombs of kings or queens from the Joseon dynasty – in South Korea. All of them have been preserved and well maintained and you can see three of them here, in Gangnam. King Seongjong (9th ruler) and Queen Jeongyeon lie in hills on the west side, and King Jungjong (the 11th ruler) on the east side.

The burial mounds are surrounded by walls, stone animals, a stone lantern, and in front is an area with a shrine where ceremonies are held, as well as a spirit road and king’s road leading up to the site. Many locals come here to walk through the forest, as this is by far the largest green space in the area.

Writer Karin-Marijke Vis, along with her partner and photographer Coen Wubbels, combine their love for adventure with work. Since 2003, they have travelled extensively across Asia and South America in a Land Cruiser; you can follow their adventures on www.landcruisingadventure.com

This feature was originally published on January 29, 2017