5 weird and wonderful Christmas traditions from around the world

Summer is well and truly behind us, the evenings are drawing in and it's getting colder and colder. It can mean only one thing: Christmas is coming... 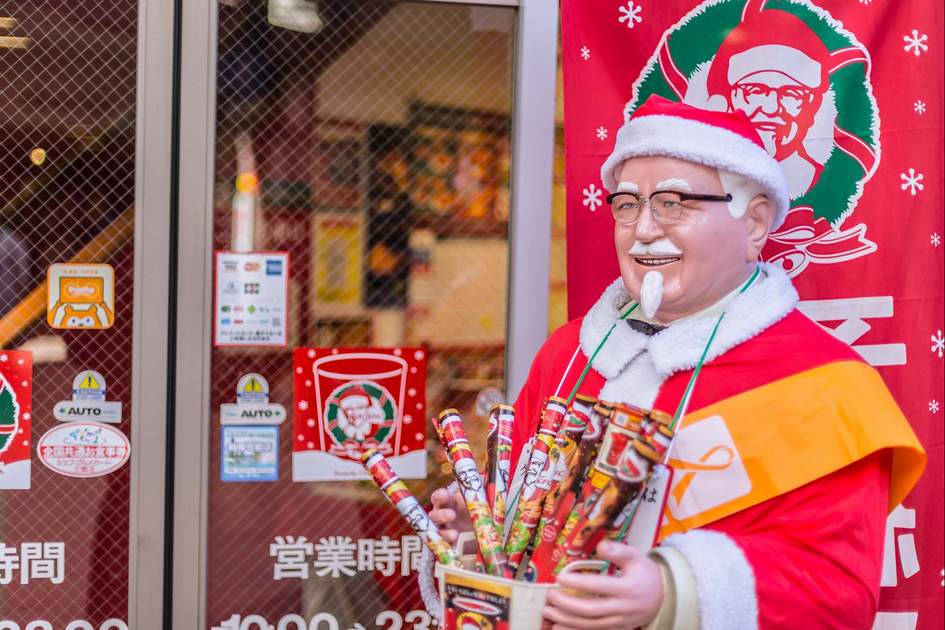 Granted, we are still some way off annual Christmas adverts but it’s still fast approaching. With this in mind, we’ve picked out some of the weirdest and wackiest Christmas traditions from around the world to inspire you to swap your turkey dinner for, well... Read on, to find out.

A very small percentage – roughly 2% – of India’s total population are practicing Christians and celebrate Christmas. Proportionately it may not seem like much, but when India’s huge overall population of almost 1.3 billion is considered, suddenly the Christian population becomes more significant.

Christmas is celebrated in India much as it is in other Christian countries, with the major exception of Christmas trees. Fir and pine trees are native to Europe, and therefore in scare supply in India. The solution? Use banana and mango trees instead, of course! Book a tailor-made holiday to India with Insight Guides and see India’s banana and mango Christmas trees for yourself or browse our ready-made itineraries.

Around 2% of Japan’s overall population are also Christian, which amounts to roughly 3 million people. However, this particular tradition is less the result of any religious practice and more an ingenious marketing campaign.

In 1974, KFC ran a marketing campaign in Japan called ‘Kentucky for Christmas’, that worked so well that eating KFC at Christmas is now an annual Japanese tradition, enjoyed by generations. Sales increase by up to 500% during December; on Christmas Eve and Christmas Day, it’s not unusual to see people queuing out of the door and staff dressed up as Santa Claus.

No matter what your feelings toward KFC are, we think you’d probably prefer to have your Christmas dinner in Japan than in South Africa.

On Christmas Day, South Africans tuck into the deep-fried caterpillars of the Emperor moth, which are considered to be something of a delicacy. The fried grubs are eaten as a kind of starter before the main meal. Enjoy Christmas, South African-style (minus the deep-fried caterpillars) on a tailor-made trip with Insight Guides. Browse our pre-planned itineraries for inspiration. 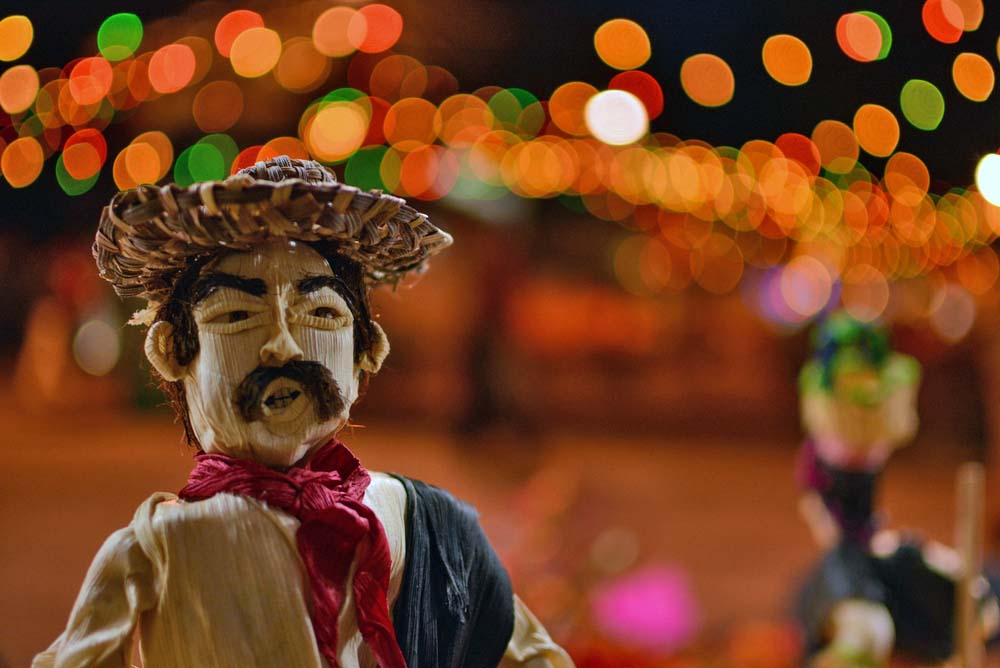 4. Mexico: night of the radishes

We’ve all seen plenty of different nativity scenes over the years: from novelty nativities, featuring fluffy toys, to the picture-perfect, not-a-single-hair-out-of-place nativities that are put together each year by the church.

However, in Oaxaca, Mexico, they do nativity with a difference. Each year, on December 23, residents come together to make nativity scenes from radishes. Yep, that’s right, radishes as in the vegetable, radishes. The city even holds a competition to pick the best radish nativity scene.

This tradition, called noche de los rábanos, or night of the radishes, has its roots back in the 18th century, when the Spanish introduced radishes from their native country, China. One year, during the harvest, a few radishes were missed; when eventually discovered, they had grown large and misshapen. The radishes were sold at a local Christmas market on December 23, and soon after were carved into novelty shapes and figures. In 1897, the mayor created the competition that is still running strong today.

Visit Oaxaca this Christmas and carve a radish for yourself, with Insight Guides’ Magnificent Mexico and Mayan Treasures trip.

5. Indonesia: celebrating with the dead

Christmas is a big deal for Indonesia’s Christian population, so much of a big deal that it lasts for over a month in Manado, North Sulawesi: traditionally, celebrations begin here on December 1, and continue into the New Year, coming to an end on the first Sunday in January.

During the period after Christmas but before New Year, it’s traditional to visit the graves of loved ones. However, in the spirit of Christmas, this visit to the graveyard is about celebration, and not mourning, so the graveyard is cleaned up, and decorated with bright lights and ornaments, and families bring along picnics, to give the occasion a festive feel.

See Indonesia at Christmas for yourself, with Insight Guides’ Indonesia Island Hop trip.

This article was originally published on 25th October, 2016

Ready to take your Christmas holiday with Insight Guides?

What to do in Europe, during the winter? Don't miss our top 5 highlights in Spain and France