6 places to visit in honour of Nelson Mandela

On 18 July, the UN marks Nelson Mandela International Day, calling on individuals to make a difference and to promote humane imprisonment conditions. To mark the date, here is an overview of Nelson Mandela's struggles, as well as 6 places to visit in his honour. 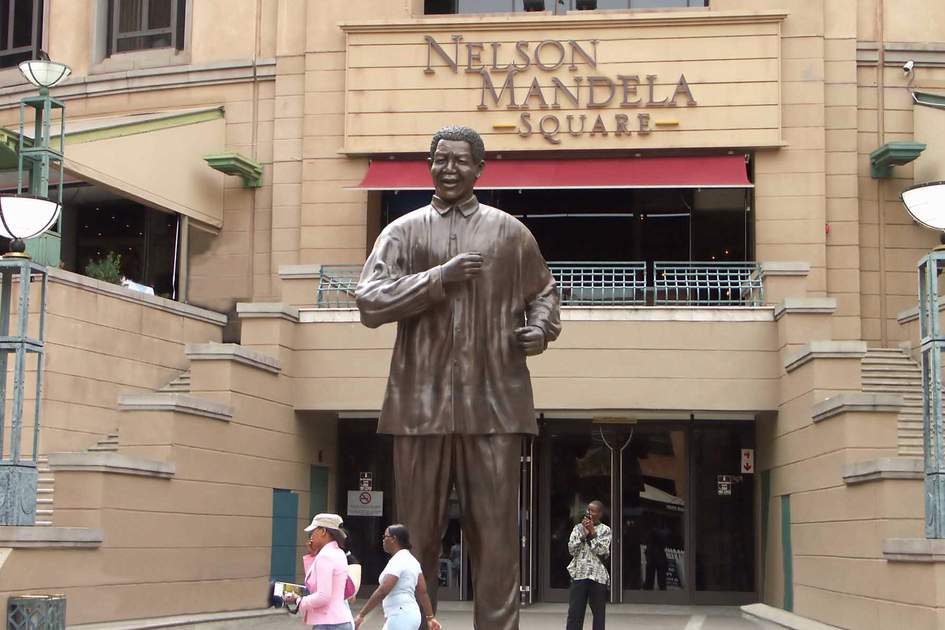 South Africa’s first black president, a giant of 20th-century politics and a proponent of international peace, Mandela dedicated his life to the fight against racial oppression.

Born in 1918 in rural Quno, Transkei (now the Eastern Cape), Nelson Rolihlahla Mandela first become involved in politics as a student at the University of Fort Hare. It was here that he met Oliver Tambo, later to become the African National Congress’s first president-in-exile.

After being expelled from Fort Hare for their role in student strikes, both young men moved to Johannesburg. Here, Mandela and Tambo met Walter Sisulu, with whom they helped found the ANC Youth League in 1944. The League pushed the ANC to adopt a more radical stance on protest action, based largely on Gandhian principles of non-violence. Mandela helped to create the ANC’s Freedom Charter in 1955, advocating that South Africa belonged to ‘all those who live in it, black and white, and that no government can justly claim authority unless it is based on the will of all the people’.

When the ANC was banned in 1960, it decided that the time for peaceful protest was over. Mandela went underground to form Umkhonto we Sizwe (the Spear of the People, commonly known as MK), and to organise a campaign of sabotage.

In 1962, after Mandela had already been sentenced for a less-serious charge, the police raided MK’s Rivonia headquarters and discovered evidence of Mandela’s role in the organisation. He and eight others were found guilty of plotting to overthrow the state and sentenced to life imprisonment. Mandela was sent to Robben Island.

For the next 26 years, the ANC’s leaders in exile struggled to keep the organisation active and united. They were helped in no small measure by Mandela’s growing fame as an internationally respected leader and symbol for human rights. After his release in 1990, Mandela played a central role in the four long, troubled years of multi-party negotiations. This finally culminated in South Africa’s first democratic elections in April 1994. The ANC swept the election, and soon after, Mandela, aged 76, was inaugurated as South Africa’s first black president. He held this position until his retirement before the next election in 1999.

Despite the problems his government had trying to implement an ambitious programme of reform, Mandela was enormously popular throughout his term of office. After his retirement, he remained the living embodiment of post-apartheid South Africa’s most positive aspirations and values. When Nelson Mandela died, aged 95 after a protracted illness on 5 December 2013, he was remembered by his countrymen, and globally, as the single greatest and most unifying person in South Africa’s often-fractious history.

In November 2009, Nelson Mandela’s birthday – 18 July – was declared Nelson Mandela International Day by the UN General Assembly. It recognises Mandela’s tremendous contribution to the forwarding of peace, freedom and human rights. On this day, the UN asks individuals to help make a positive change in their own communities, and to raise awareness on issues relating to conditions of imprisonment.

This year, Nelson Mandela International Day is dedicated to ‘Action Against Poverty’, remembering Mandela’s commitment to helping to eradicate poverty and achieving social justice for all.

So offer up your services and get helping. You could volunteer at a local soup kitchen, clean up a park, buy some blankets for the homeless or visit an elderly person. There are plenty of ways to get involved; click here for more information. 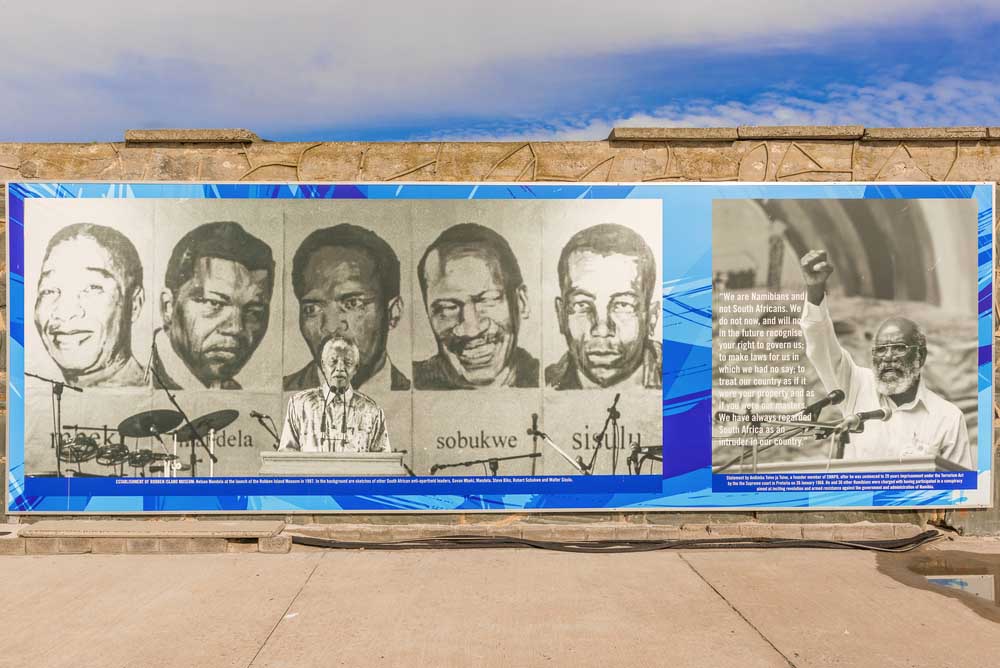 6 places to visit in honour of Nelson Mandela

Originally a penal colony for errant slaves, kidney-shaped Robben Island became one of the world’s most notorious prisons. Many of the top officials in South Africa’s first post-apartheid government were held here at some point. This includes Nelson Mandela, who spent nearly 20 years in Section B.

Proclaimed a Unesco World Heritage Site in 1999, Robben Island and its old jail buildings now function as a museum dedicated to the struggle against apartheid.

You can visit Robben Island while in Cape Town on Insight Guides’ Complete Cape Town trip.

Soweto (an acronym of SOuth WEstern TOwnships) as a whole makes a fascinating visit, with several worthwhile museums. It may seem bizarre to treat a township created by the apartheid government as a tourist attraction, but a visit here enables one to see both sides of what is still largely a segregated society. Home at one time to Nelson Mandela, Archibishop Tutu and Lucas Radeba, Soweto was the backdrop for several important events during the anti-apartheid struggle. The most famous, the 1976 Soweto Uprising, resulted in the death of more than 500 people. It began as a student protest against poor conditions and the forced use of Afrikaans in schools.

The Hector Pieterson Museum here is named after the 13-year-old boy who was the first person to be killed in the Soweto Uprising. The evocative museum is located in the suburb of Orlando West and is dedicated to the role played by children in the struggle against apartheid.

A block or two away, Mandela House is a small museum dedicated to the legacy of the Mandela family. It is located in the house where Nelson Mandela and his family lived prior to his arrest for treason in 1962.

Liliesleaf Farm was once an important ANC base, where leaders met, plotted – and were arrested. Nineteen ANC officials were captured here and later tried for treason. Mandela lived and operated out of this base at one time, using the name David Motsamayi and pretending to be a domestic worker. Although Mandela was already in prison when the police raid was carried out on Liliesleaf Farm, it was evidence found here that led to the Rivonia Trial. As a result, Mandela, among others, was convicted of sabotage and sentenced to life imprisonment.

Opened to the public in 2008, Lilisleaf pays homage to the individuals who changed the political landscape of South Africa. Thought-provoking exhibits document the liberation struggle.

You can add a stop at Liliesleaf Farm to any one of our South Africa trips for the holiday of a lifetime.

The arrest of Nelson Mandela on the R103 north of Howick on 5 August 1962 led to his imprisonment for 27 years. On the 50th anniversary, the Nelson Mandela Capture Site opened at the exact same spot, complete with a spectacular sculpture comprising 50 linear metal strips that collectively depict Mandela’s face.

The Apartheid Museum has graphic displays illustrating the grim history of the apartheid and the perils of racial discrimination. A total of 22 exhibition areas help visitors comprehend the apartheid system. There’s provocative film footage, photographs, text panels and artefacts. Young children may find the museum distressing.

There are plenty more poignant representations of Mandela in South Africa. Among these, some of the best are the 6ft tall bronze sculpture at Nelson Mandela Square in Sandton, Johannesburg; the Nelson Mandela Voting Line Sculpture in Port Elizabeth, with figures representing all the different South African communities with Mandela at their head; and the statue at Groot Drakenstein Correctional Centre, where Mandela spent his last few years in prison and took his first steps as a free man.

Taking a holiday to South Africa: how to get started

Insight Guides can help you with planning, organising and booking your trip to South Africa. Simply, get in touch and share your budget, interests and travel style. Our local experts will create an itinerary exclusive to you and your requirements, which you can amend until it's just right. Alternatively, browse and modify ready-made holidays to create your dream trip today.

Read more about the Cape Winelands