Asia’s numerous national parks encompass some of the most diverse terrains on Earth. From the scattered islands of Ang Thong to the rolling hills and meadows of Ranthambore tiger reserve and snowcapped mighty Mt Fuji, we've toured the continent to track down the best national parks in Asia. 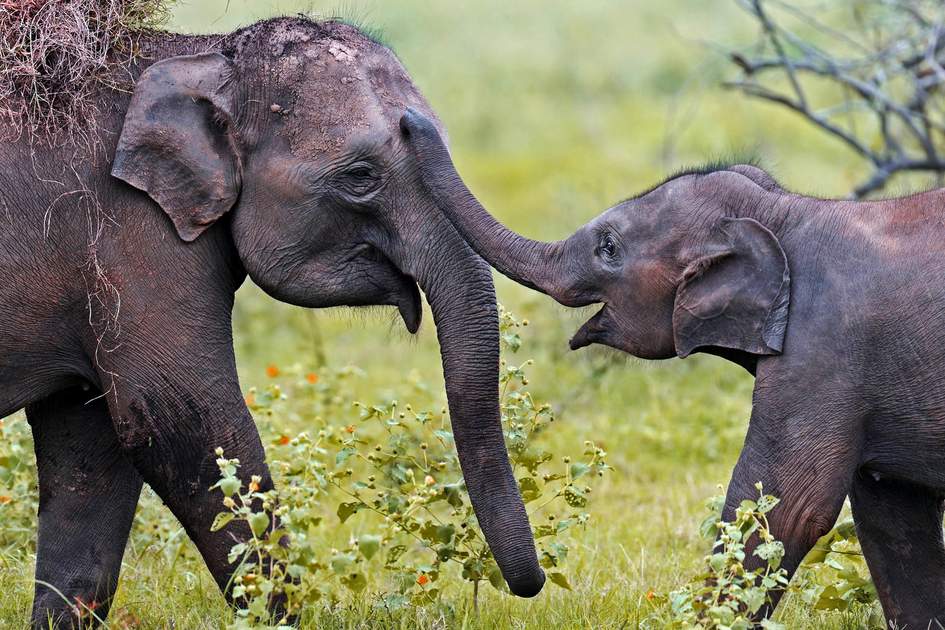 A trip to Gunung Mulu National Park is undoubtedly one of Malaysia’s most memorable experiences. Situated in the state of Sarawak, the park is home to a huge variety of flowers, orchids, fungi, mosses and ferns, but Mulu is perhaps best known for its spectacular network of caves. Set against a jungle backdrop, these intricate ecosystems are teeming with wildlife, including millions of bats, and include some of the most diverse limestone exteriors in all of Southeast Asia.

Short boat rides, cliff-hugging pathways and jungle plankwalks lead visitors to caves comprising the magnificent Clearwater Cave system that is nothing short of staggering in its scale and complexity. Within its dank confines lies the world’s largest natural cave chamber, allegedly big enough to hold 16 football fields. Only four of the 25 caves so far explored are open to the public, but this is easily enough for visitors to be able to gain an idea of the system’s immensity and to marvel at its well-lit stalagmites, stalactites and monumental limestone formations. 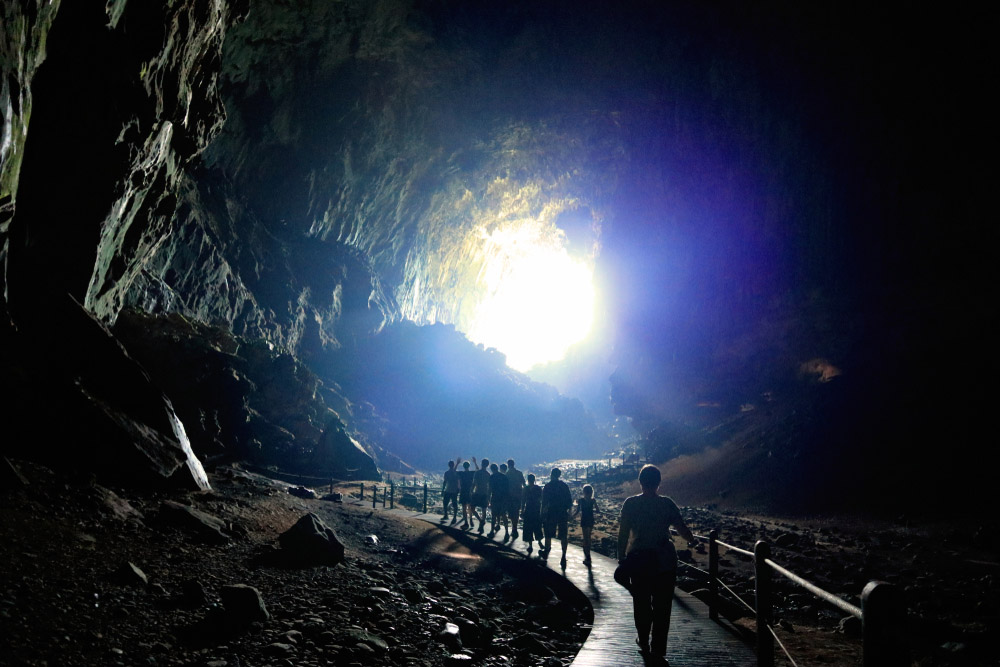 There are mountains — and then there's Zhangye Danxia National Geoparak in China's Gansu province. This UNESCO World Heritage site is one of the world's most mesmerising natural jewels, boasting jagged peaks and crumbling hills that you simply cannot find elsewhere, making it certainly one of the best national parks in Asia. Here, a unique combination of sandstone and minerals has been dancing delicately for millions of years. The result? Vividly colourful peaks dipped in rare hues of copper and rust. From there, it's almost as if someone took a giant paintbrush and added stripes of gold, deep yellow, and even blue to the mountainsides. The vibrant stripes of colour are all at once disorienting and dazzling, and enhanced by the extraordinary ravines, ridges and columns that the elements have sculpted over the centuries. China has no shortage of natural wonder. Take it all in with Insight Guides' Best of China trip. 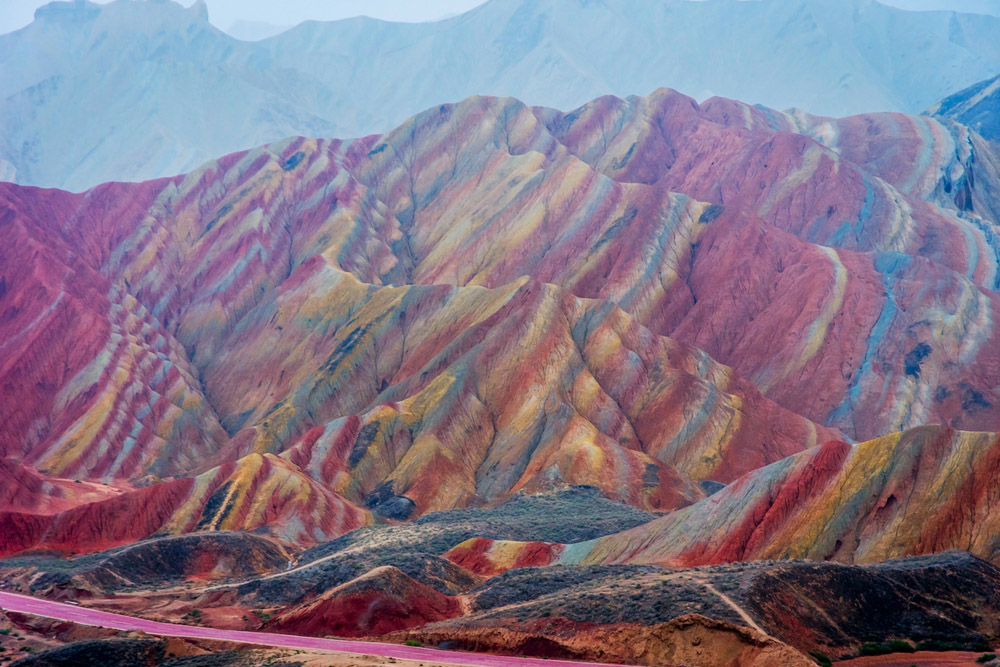 Peppering the turquoise waters around 31km (19 miles) northwest of Ko Samui, the 42 virtually uninhabited islands of Ang Thong National Marine Park make up an archipelago that stretches across 100 sq kms (39 sq miles). This dramatic expanse of land and sea forms a pristine environment that supports a wide diversity of flora and fauna, including macaques, langurs and monitor lizards.

Tour companies run day trips from Ko Samui featuring kayaking expeditions and visits to the emerald-green salt-water lagoon on Ko Mae Ko encircled by sheer limestone walls covered with vegetation, reached by a trail from the beach. On Ko Wua Talab, the largest island in the group, a steep 400-metre (1,300ft) climb leads to the highest point in the national park for unrivalled views of the surrounding waters, with Ko Samui and Ko Phangan in the distance.

The best diving and snorkelling at Ang Thong can be experienced at the northern tip, around the islet of Ko Yippon where the shallow waters make it easy to view colourful corals, caves and natural arches inhabited by sea snakes, stingrays and abundant tropical fish. 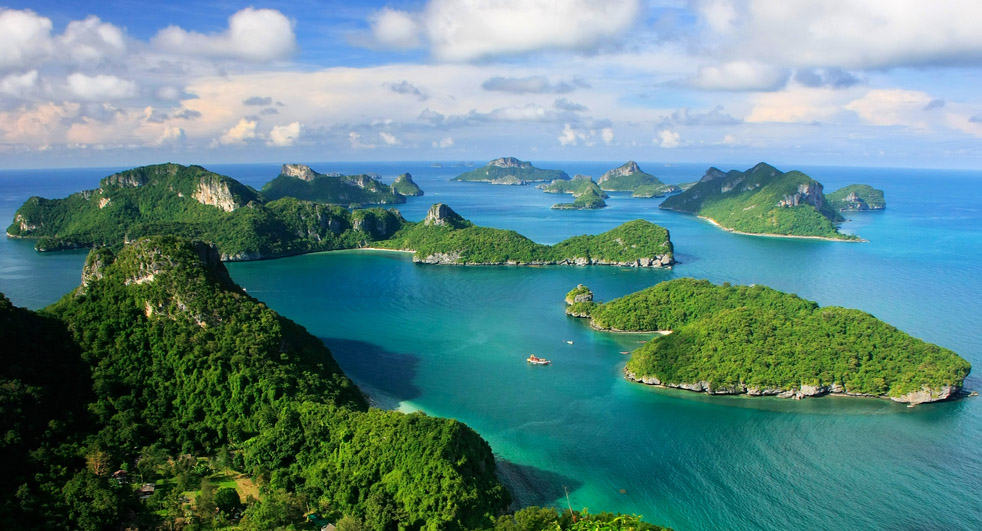 Around a two-hour drive from the resort city of Hội An, the mountainous terrain of Bach Ma National Park is a treasure trove of flora and fauna, supporting species including macaques, langurs, loris and gibbons. The park has a unique climate thanks to its high altitude and is one of the wettest place in Vietnam, with much of its rainfall occurring between September and December – waterproof clothing is necessary if you are visiting during this rainy season.

The park’s numerous hiking routes include the Rhododendron Trail, named after the park’s red rhododendrons that bloom from February to March, which descends 689 steps to a cliffside waterfall that plunges 300 metres (990ft) and eventually feeds the Perfume River in Hue. The Five Lakes Cascade Trail follows a series of waterfalls and pristine swimming pools, while the Summit Trail is one of Vietnam’s most spectacular spots for watching the sunrise and sunset, with stunning views of the surrounding landscape, islands and coastline. 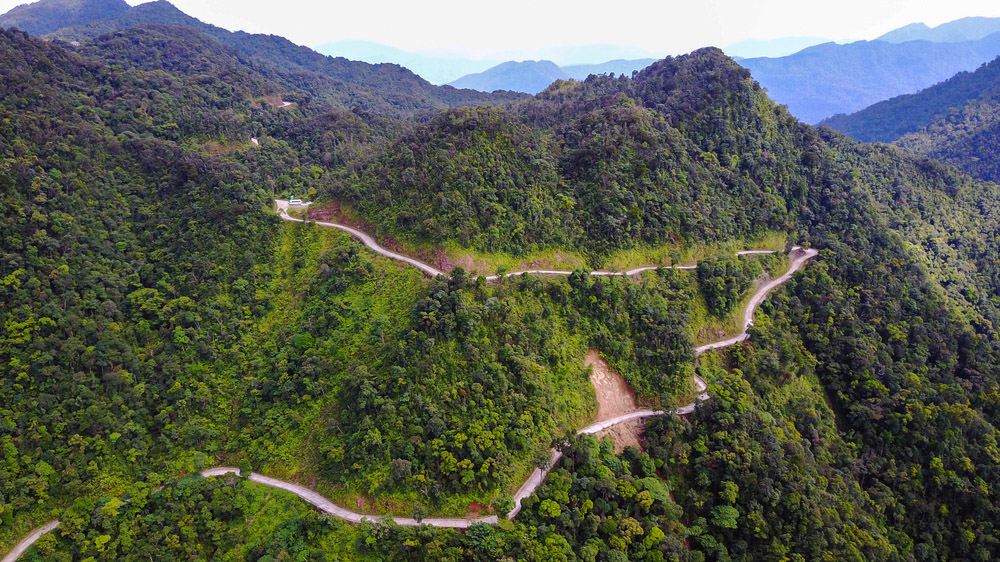 The crowning jewel of Fuji-Hakone-Izu National Park is hidden in the name: Mt Fuji. Sweeping up from the Pacific to form a nearly perfect symmetrical cone, its majestic peak reaches 12,388 feet (3,776 metres) into the sky, and is snowcapped even during the summer months (Jun-Aug). In spring (Mar-May), the base of the volcano is a vibrant explosion of gorgeous pink moss that looks more like a landscape from a Monet painting than a real place.

Although climbers are known to set out to challenge the mountain throughout the year, the ‘official’ climbing season for Fuji-san begins on 1 July and ends on 31 August. The mountain huts and services found along the trails to the top are open only during this period. Expect crowds and a distinctly commercial atmosphere, not only around the facilities but along the entire trail to the top.

Fuji Go-ko (Fuji Five Lakes) skirts the northern base of Fuji-san as a year-round resort. From east to west, the lakes are Yamanaka, Kawaguchi, Sai, Shoji and Motosu. (A '-ko' added to the end of these names signifies ‘lake’.) Yamanaka-ko, which is the largest in the group, and the picturesque Kawaguchi-ko are the most visited of the five, but some of the best spots are hidden near the smaller and more secluded Motosu-ko, Shoji-ko and Sai-ko. Recommended visits nearby include the Narusawa Ice Cave and Fugaku Wind Cave, both of which were formed during one of Fuji’s early eruptions. 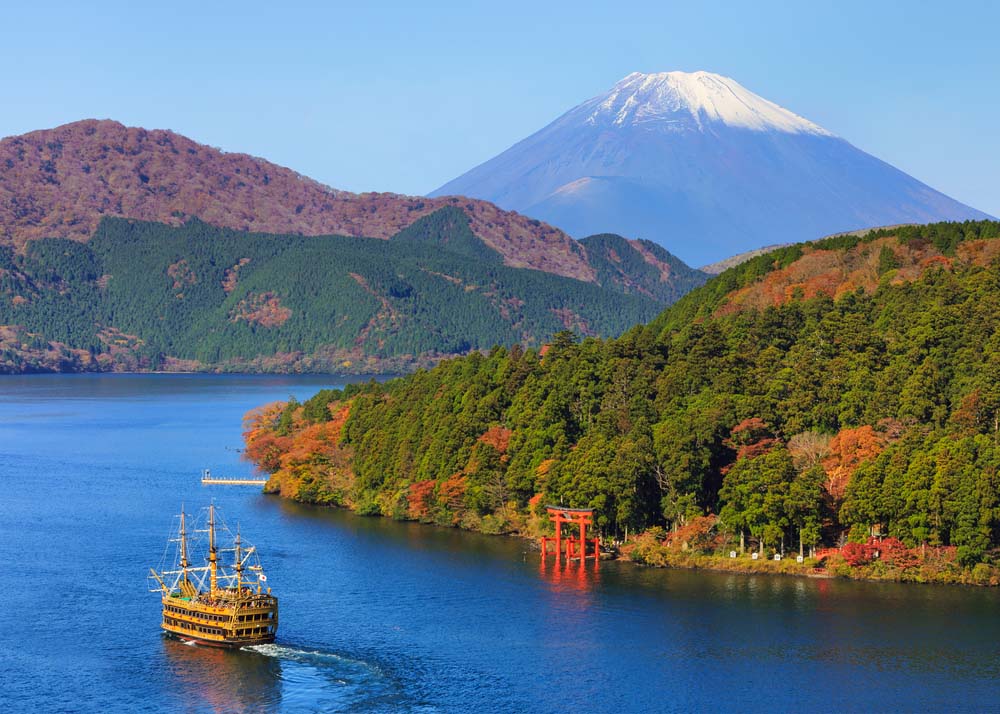 With a total of 22 parks in the country, Sri Lanka is a nature lover's dream. Topping the list of the nation’s finest reserves is definitely Yala National Park, which occupies vast swathes of forest and grasslands in the southeast of the island and is the longest established in Sri Lanka. Yala is best known for its leopards – the park supports the densest population of these big cats anywhere in the world – although it is also a great destination for spotting elephants and sloth bears, as well as a wonderful array of birdlife. Although leopards are famously elusive, the odds of seeing one in the park are reasonably high if you spend time there under the guidance of a reliable nature tour operator.

East of Tonk, to the south of Jaipur in Rajasthan, the ruined fortress of Rao Hamir overlooks Ranthambore National Park. The reserve is famous for its tigers, which can often be viewed prowling among the medieval ruins or in the shallows of the lake. The lure of such exotic wildlife has ensured that Ranthambore has become India’s most visited national park – in spite of the fact its fragile tiger population is in decline, with only an estimated 48 animals surviving. Tickets for safaris, which happen either early morning or late evening, are strictly limited, although you should be able to get hold of some through your hotel.

Touring the park takes place either in a jeep or in a ‘canter’ open-top bus. In addition to the big cats (there are also leopards), the park supports blackbuck, hyena and antelope. Ranthambore is also something of a hotspot for birding, with hundreds of species having been recorded. 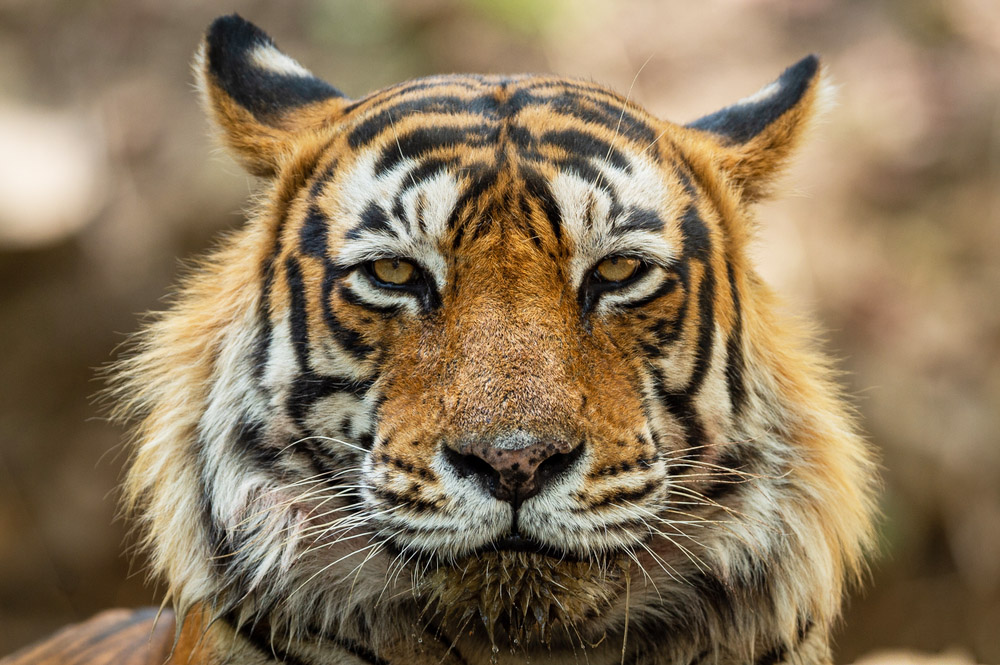 Ready to take a trip to Asian National Parks?

Insight Guides can help you plan and book amazing trips to destinations around the world. Simply get in touch to share your ideas for the trip and to let us know when you would like to travel. Our local experts will then create a personalised itinerary based on your specific requirements, which you can amend until it's exactly how you want it before booking.