Comprising thousands of islands, the Southeast Asian nation of Indonesia is home to vast swathes of untamed natural beauty and more than 50 diverse national parks teeming with rare and wonderful wildlife. Here is our guide to the top national parks in Indonesia. 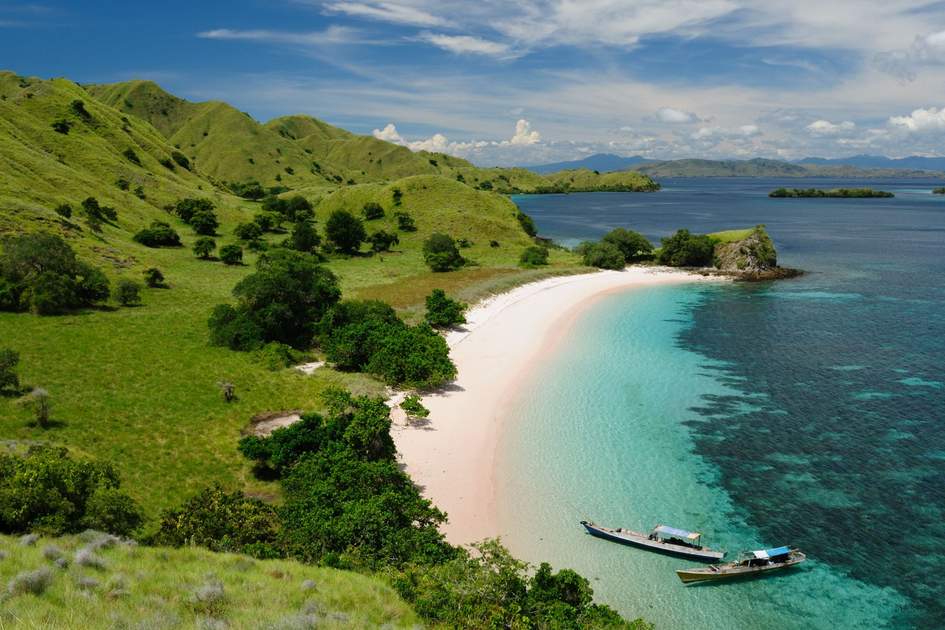 The tropical rainforests of Indonesia comprise some of the world’s oldest and richest natural habitats, which support a fabulous variety of fauna and flora, including many species found nowhere else on earth. The country's multiplicity of islands also encompass large areas of pristine mangrove forest and swamp, montane forests and savannahs, and thousands of miles of coastline harbouring coral reefs. Dotting these diverse environments are Indonesia’s national parks, which are treasure troves of wildlife: Komodo dragons, Javan rhinos, orangutans and Sumatran elephants and tigers. Read on for our selection of Indonesia’s best national parks.

A UNESCO World Heritage Site, Komodo National Park lies in the strait between Sumbawa and Flores and is the natural habitat of the world’s largest reptile, the Komodo dragon. This giant carnivorous monitor lizard is one of the world’s oldest species, and a close relative of the dinosaurs that roamed the earth 100 million years ago. Although there are dragons on two other nearby islands, in order to protect wild populations visitors are only allowed on Komodo and Rinca.

The highlight of a visit to the national park is seeing the dragons in their natural habitat. On Komodo, the most popular trek is a 2km (1.2 mile) walk to Banunggulung. If who wish to see more of the elusive reptiles away from the crowds of visitors, by prior arrangement, you can continue past Banunggulung to Poreng, in the northeastern part of the island, or on as far as Sebita on the coast. Shorter walks are also possible from the ranger station at Loh Liang to Kampung Komodo in the south-west. Trekkers on both islands must be accompanied by a park ranger, whose expertise in animal behaviour, as well as knowing where to look for and spot wildlife, is invaluable. The rangers are also responsible for the safety of visitors.

In addition to its extraordinary reptiles, this remote corner of Indonesia offers some of the best diving and snorkelling in the Asia-Pacific region. At low tide at Pantai Merah (Red Beach), near Komodo, reefs teeming with colourful fish are very near the shoreline. Numerous species of reef-building corals and abundant fish and marine mammals, including manta rays, sharks, sea turtles, dolphins and whales are easily viewed. The strong currents here provide plenty of plankton for small fish to feed on, in turn attracting larger ones, and provide migratory paths for the whales and dolphins. You can visit Komodo National Park as part of Insight Guides' Indonesia Island Hop trip.

Transport There are daily flights from Bali to Labuan Bajo, and Komodo Airport to Bali, each taking around 1.5 hours. Motorboats run from Sape in West Nusa Tenggara to Komodo on a daily basis, weather permitting. 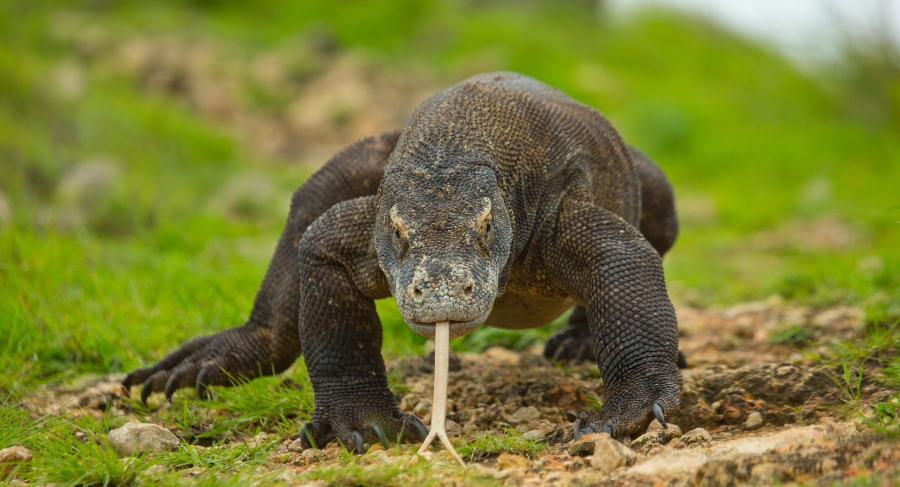 While much of the area is dense lowland rainforest, there are also open woodlands and wetlands – excellent habitats for birdwatching – with beaches in the north and south. Offshore, Krakatau Island also makes up part of the park.

Between April and August, migratory birds flock in their thousands to the nearby islands of Pulau Dua and Pamojan Besar in Banten Bay. The best time of year to visit is during the dry season, from April to September.

Transport The park is best accessed by chartered boat from Carita Beach. From here, a five-hour boat ride takes you to Peucang Island in the national park, which has basic bungalows and a restaurant. Note that in bad weather the boat crossing can be rough. The main office of Ujung Kulon National Park is located in Labuan, where entrance tickets, insurance and park information can be obtained.

In North Sulawesi, the Bogani Nani Wartabone National Park is one of Indonesia’s lesser-visited parks. This vast mountainous rainforest is rich in fruit-bearing trees such as durian, nutmeg and figs, and is home to a collection of rare, endemic Sulawesi animals including babirusas (Sulawesi ‘pig-deer’), shy anoas and Sulawesi warty pigs. The New York-based Wildlife Conservation Society, established in 1895, partners with a local conservation group to manage three of the largest communal nesting grounds for the maleo birds in the park. Its southern coast is the last-known site of beach nests for this endangered land bird.

Transport The park office is on the road to Doloduo, close to central Kotamobagu, which is the nearest town. 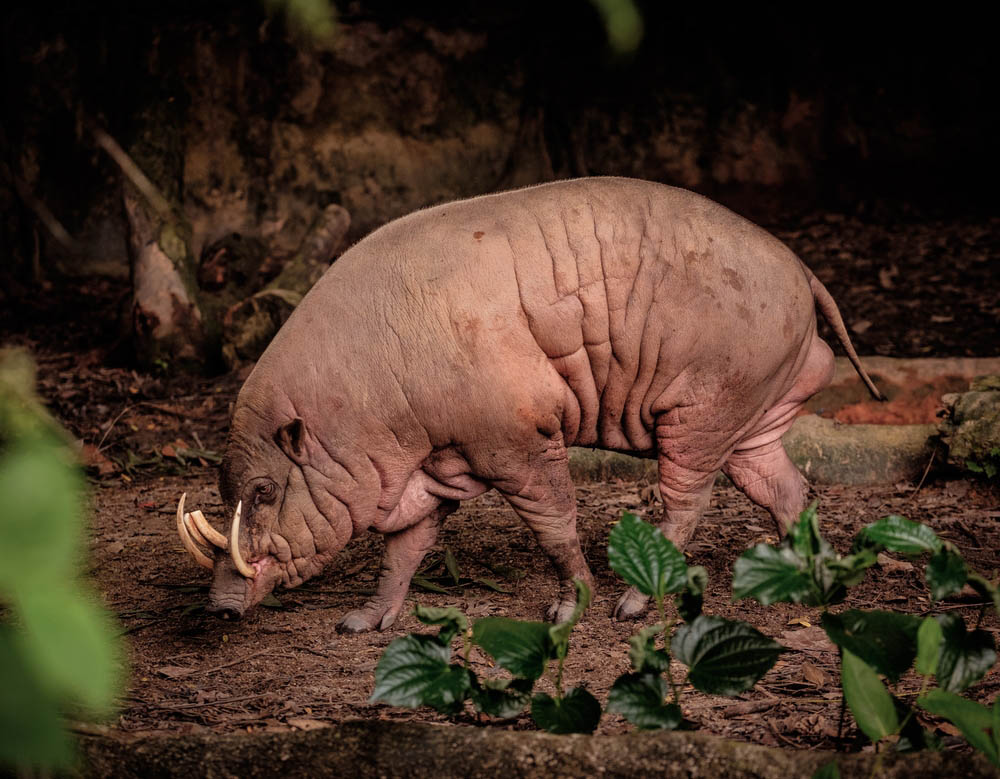 Another of Indonesia’s lesser-visited parks, Kerinci Seblat in West Sumatra shelters Sumatran elephants and tigers, clouded leopards, Malayan sun bears and tapirs, as well as hundreds of species of birds, and the world’s largest and tallest flowers. There are no orangutans, but occasionally sightings have been reported of the mysterious orang pendek, a bipedal ape similar to an orangutan, and the mythical sigau, half-lion and half-tiger.

The park is one of Indonesia’s largest reserves, covering an incredible 14,000 sq km (5,400 sq miles) of jungle and mountains. It is home to the highest peak in West Sumatra, Gunung Kerinci. The second highest volcano in Indonesia, Kerinci attracts climbers who are up for a serious challenge. Conservation groups here have trained local guides to take the adventurous on treks through the forest and climbing expeditions.

Transport Located within driving distance of Padang – the road from the city passes through extraordinarily beautiful jungle scenery.

When you’re there There are a number of simple hotels and a colourful market in Sungaipenuh. Homestays and trekking operators are available in Kersik Tuo, a tea plantation village at the foot of Gunung Kerinci, from where treks set off.

Before planning to climb Gunung Kerinci – or any Indonesian volcano – it is best to check its recent activity. The Indonesian Department of Volcanology lists the current status of volcanoes showing any activity.

In South Sumatra, on the island's southwest coast, Way Kambas is a sanctuary for Sumatran elephants and rhinos, assuring visitors of the chance to spot them. The park comprises estuaries, marshes and open grassland and is the home of the Sumatran Rhino Sanctuary, which plays an important part in the ongoing efforts to save the Sumatran rhino from extinction.

The four-hour (one-way) boat trip through the rainforest from Labuhan Meringgi, 12km (7 miles) south of the reserve, to the Way Kambas estuary comes highly recommended. The trip offers wonderful opportunities to spot wild elephants, boars and tigers that may come to the river’s edge to drink. Birdwatching is also excellent, with resident kingfishers, lesser adjutants, woolly-necked storks and pelicans. The park also houses an Elephant Conservation Centre, in which the endangered mammals are bred and trained to patrol park boundaries.

Transport If you are short of time, day trips to Way Kambas National Park are possible from Jakarta, via South Sumatra's Bandar Lampung International Airport. 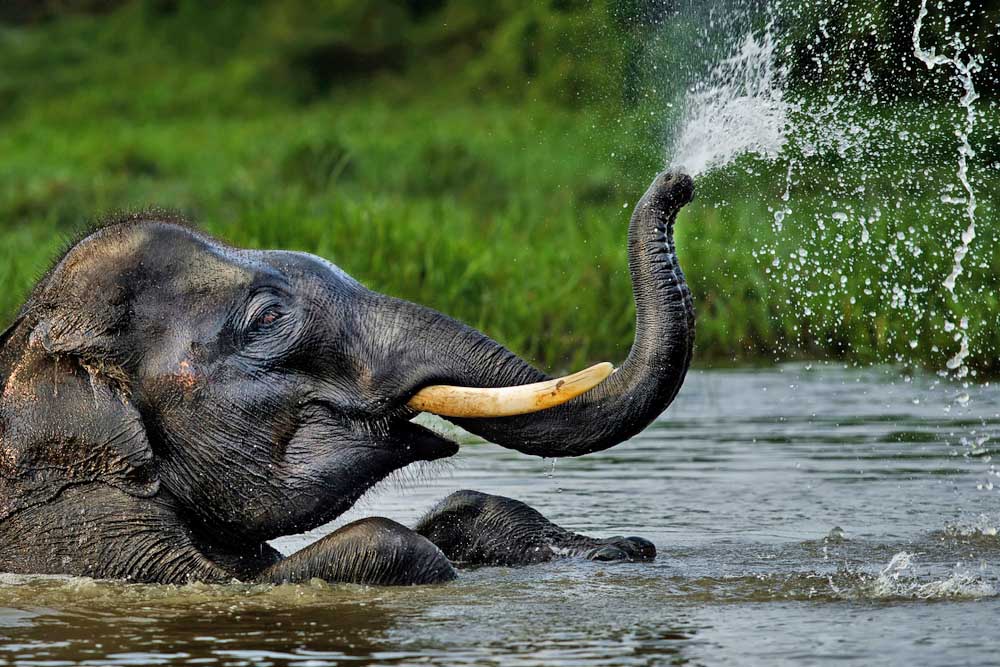 The forested expanses of Tanjung Puting National Park in Central Kalimantan are known for the abundant wildlife they support, especially orangutans. Feeding sessions for these reddish-brown apes (check times upon arrival) take place daily at one of the three park outposts. The first, Tanjung Harapan cares for orphaned infants and new arrivals and has a visitor information centre. By far the most famous of the three, Camp Leakey can be somewhat of a circus during high season (Jun–Aug), with visitors who are less conservation-minded clamouring to walk down jungle paths to see the shaggy red apes.

Older orangutans, sometimes with their offspring, can be found at Pondok Tanggui which functions as a rehabilitation centre. During the feeding sessions at Camp Leakey and Pondok Tanggui, orangutans that linger near the stations are offered bananas and milk to supplement the seasonal lack of food in the forest. Allowing visitors to take part in the experience achieves the additional benefit of raising awareness of the plight of orangutans due to their shrinking forest habitat. It is a joy to sit quietly and watch as semi-habituated orangutans, lumbering hand over heavy hand through the trees, arrive at the feeding platforms.

The best wildlife viewing is possible from the river. At sunrise, proboscis monkeys begin their day’s foraging. Occasionally, one will belly-flop into the water, his lightly webbed toes enabling him to swim against the currents. During these times, the birds are particularly active. Along the riverbanks, watch for mudskippers and archerfish, pythons sunning themselves on branches, and estuarine crocodiles. For a sublime jungle river experience, ask the boatman to stop the engine for a while to allow the boat to drift quietly through the waters.

Transport The starting point is Pangkalan Bun, which is accessible by air. Scheduled arrivals and departures ply routes to and from Pontianak, Ketapang, Banjarmasin, Jakarta, Semarang and Surabaya.

When you’re there From the park office, take a taxi for the 20-minute drive to Kumai, a riverside village that is the entry point to the park. At the harbour, either hire a klotok (local motorised boat) or a speedboat to travel upriver. While speedboats are faster, the noise they generate may nullify whatever chances there are for birdwatching or quiet enjoyment of the mangrove ecosystems along the muddy jungle river. Be sure to buy food and water in Kumai before heading upriver. 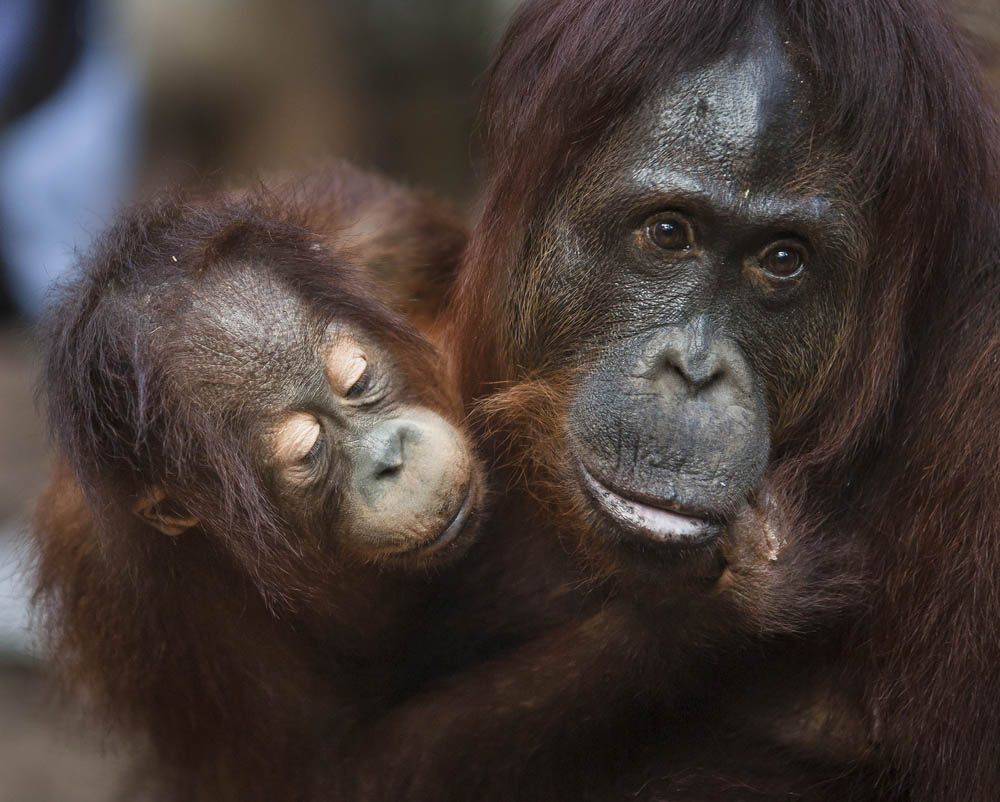 Situated between Timika and Agats in Papua, the western half of New Guinea, Lorentz National Park is a Unesco World Heritage Site and at 2.5 million hectares (6.2 million acres), the largest protected area in Southeast Asia. The park is one of the most ecologically diverse in the world, its vast expanses encompassing tropical marine environments and lowland wetlands, as well as Indonesia’s highest mountain, Puncak Jaya, which reaches 4,884 metres (16,024ft) and is capped by permanent ice fields. The mountain is the tallest peak between the Himalayas and the Andes, and one of only three equatorial glaciers on the planet.

The extraordinary biodiversity of the park supports numerous rare animals. It is also home to a number of isolated tribes, including the Amungme, Western Dani, Nduga, Ngalik, Asmat, Mimika and Somohai.

Transport The most convenient way to reach Lorentz National Park is to fly to Wamena, Biak, Jayapura or Timika, and then continue on by land.

Our local experts can plan and book incredible trips in Indonesia for you. To get the ball rolling, simply contact us with details of your ideas for the trip and when you would like to travel. We will then create a personalised itinerary especially, which you can amend until you are completely satisfied with every detail. You can browse our existing itineraries for inspiration, and keep in mind that all of our pre-planned itineraries can be tailored to suit your specific requirements.

Dearest, I wanted to thank you for the back support had during our trip, for your organization and kindness of all the staff and guides with who have been in contact. It was a wonderful holiday. Keep it up! Best regards and good Sunday.