Autumn brings with it a new climate and character, casting a fresh light over many European destinations. Cities that were stifling all summer are now perfect for a weekend break. Read on for our top picks for 2017... 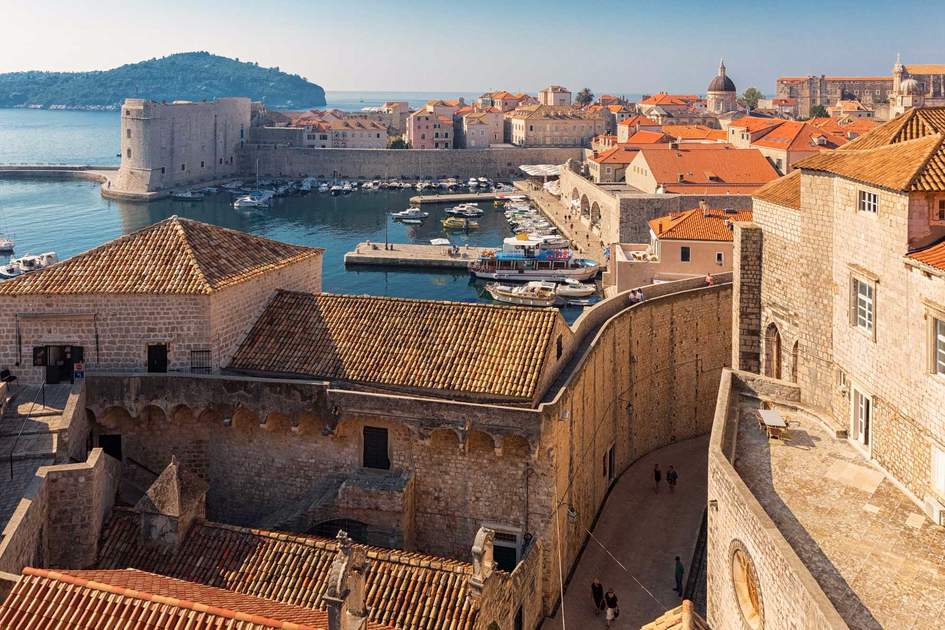 As the summer comes to an end, so too does the hot European weather, and the opportunity for beach holidays. But it's not all bad news: the cooler autumn weather creates a whole new host of possibilities for weekend city breaks:

Where better to start than with the Eternal City? As the school holidays come to an end, temperatures fall from the forties, and Rome emerges as the perfect destination for a city break. The city's attractions – and they are many – are easier to navigate and enjoy in a (slightly) less crowded environment. Don't expect the city to be dead though: Rome is an energetic city with a year-round buzz, which is part of the attraction. With Insight Guides' Eternal Rome for the Weekend trip, you can explore the city's main sights, including the Trevi Fountain, Spanish Steps, Colosseum, and of course Vatican City. Away from popular sites like these, Rome has much to offer the visitor. Rome's side-streets are lined with independent galleries, age-old churches, and charming trattoria. The one problem you may find is fitting it all in to one weekend...

The City of Light, as Paris is known, is another iconic city that benefits from a relative lack of pedestrian congestion in autumn. It's no secret that Paris is one of the world's most beautiful cities. As the golden autumn light washes over the city's facades and monuments, it accentuates its beauty. Paris's accessibility also makes it a popular choice for a quick break: the city's two airports are serviced by most international carriers. The city is well connected to Europe by rail too, with the Eurostar taking just 2 hours and 15 minutes from London. Paris is home to many well-known attractions, including the iconic Eiffel Tower, the Louvre, the Arc de Triomphe, and Notre Dame. See them all on Insight Guides' Romantic Paris City Break trip. Paris is home to many parks and gardens too, including the Jardin du Luxembourg and the Bois de Boulogne. During the autumn, these parks become picturesque patchworks of browns and oranges, and make for a delightful stroll.

Located on Croatia's Dalmatian Coast overlooking the Adriatic Sea, Dubrovnik is becoming an increasingly popular city break destination. The city itself is almost impossibly picturesque. Lord Byron, the famous English poet, once described Dubrovnik as 'the pearl of the Adriatic'. During its Golden Age in the 16th century, Dubrovnik was capital of the Republic of Ragusa, and boasted one of the largest merchant naval fleets in the world. It was during this period that the city's most popular area, the fortified old town, was constructed. In more recent times, Dubrovnik has risen to global fame as the filming location for parts of the Game of Thrones series. The old city's imposing medieval walls give way to shiny pedestrian-only marble streets, lined with green-shuttered stone houses, restaurants and Baroque churches. Sturdy fortifications built into the sea walls have been converted into charming bars and cafés. There are fewer better places to watch the sun go down with a drink. Should you tire of exploring the old town, there are no shortage of exciting excursions from Dubrovnik. The charming capital of Bosnia-Herzegovina, Mostar, is just two hours' drive away, and the beautiful Montenegrin town of Kotor is only one hour away. 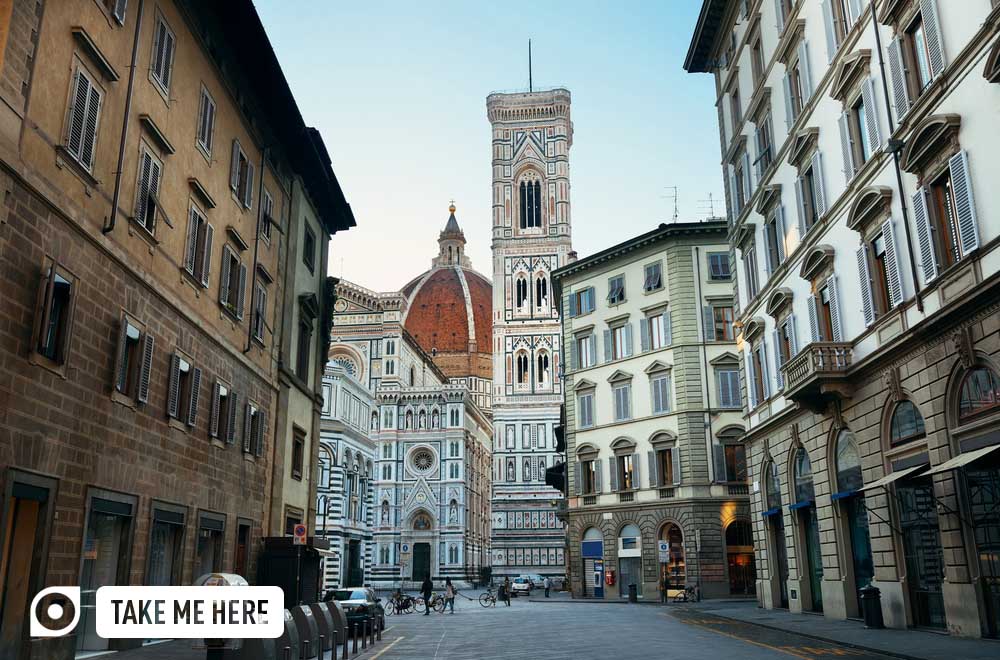 The birthplace of the Renaissance, Florence, is almost impossible to beat for a cultural city break. During the 14th century, wealthy Florentine merchants began to hire skilled artisans and craftspeople. This gave new, progressive ideas a platform on which to develop, and the Renaissance began. During the next 100 years or so, artists and architects including Leonardo da Vinci, Botticelli, Michelangelo, Dante, Galileo and Machiavelli all lived and worked in Florence. To give you an idea of the effect this period had on the city, Unesco estimates that today roughly one-third of all the world's art treasures currently reside in Florence. Among them are Michelangelo's David and the Botticelli's The Birth Of Venus. Florence's premier art gallery is the Uffizi, which houses the latter. The city's skyline is dominated by the iconic cathedral (the duomo). The Arno River, which runs through the city, is crossed by the famous Ponte Vecchio, a medieval bridge which was built back in 1345. Enjoy a guided tour of Florence's top sites and attractions as part of Insight Guides' Florence: A Trip Back in Time trip.

Spain's capital can be punishingly hot during the summer, with temperatures often reaching the mid-forties. In September and October, temperatures drop, and typically range from the mid-twenties to the low-thirties. Although still warm during autumn, it is much easier to make the most out of Madrid. The city itself is relatively compact, with many of the main sights within easy walking distance of each other. Madrid is a city that caters for all tastes and budgets, with dining options ranging from €5 street-side tapas to lavish Michelin-starred restaurants. Insight Guides' trip, Made for Madrid, is specially designed to get the best out of Madrid and takes in all the main sights. Stroll through the expansive Buen Retiro Park in the east of the city to find some shade. Alternatively, pay a visit to one of the city's many outdoor swimming pools. Head to the Reina Sofía and stand in awe of Picasso's masterpiece, Guernica, which depicts the bombing of a town of the same name during the Spanish Civil War. Wander around Madrid's old quarter, which is centered around the iconic Plaza Mayor. Restaurants, bars and cafés spill out onto the pavement as the area comes to life in the early evening, post-siesta.

The Czech Republic's capital has a rich historical and cultural legacy. For centuries, Prague has been the capital of Bohemia, an ancient realm that is now part of the Czech Republic. It was also the capital of Charles IV's vast empire during the 14th century. Today, Prague's old town and castle are popular tourist spots, with the latter dominating the city's skyline. However, there is a city beyond this, one of galleries, gardens and iconic design. Prague is one of Europe's most beautiful cities and encompasses a wide range of architectural styles. The city centre is essentially Gothic, but many of the original buildings given a Baroque facelift during the 17th century. Renaissance, Neoclassical, Art Nouveau and Cubist architectural styles also feature heavily throughout the city. Wandering along Prague's cobbled streets, taking in the unique blend of architectural styles, is a great way to spend a few days. Climb to the top of the old town and look down on the city and the Vltava River from the castle. The Vltava – which snakes its way through the city – is crossed by several stunning bridges, including the iconic Charles Bridge. The banks of the river are home to many cafés, restaurants and bars, and make a great place to spend an evening. 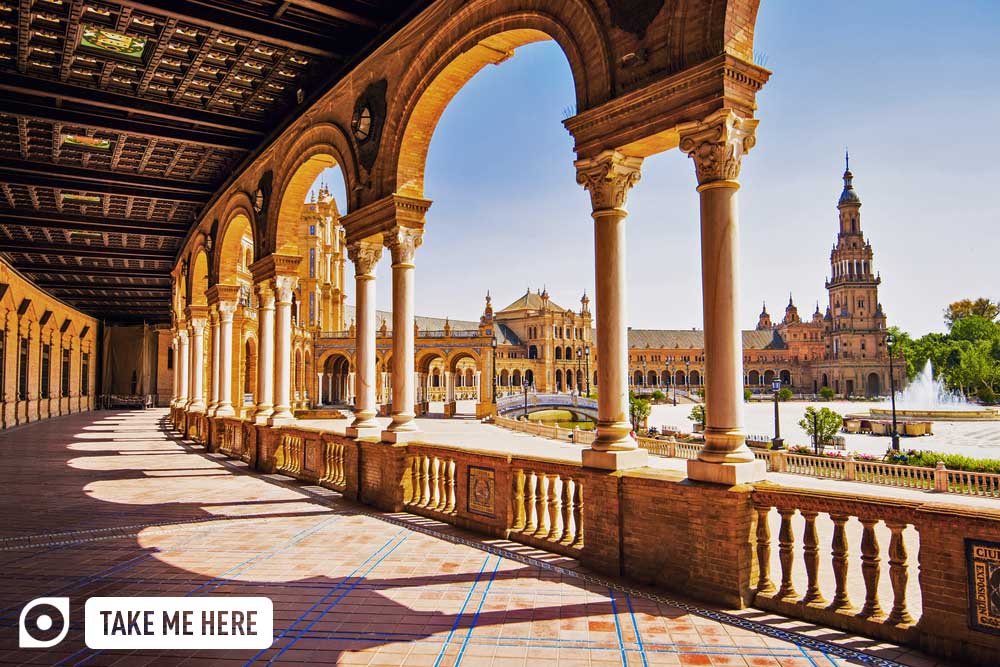 Seville is a great choice for those looking for a smaller Spanish alternative to Madrid or Barcelona. Located in Andalusia, in southwestern Spain, Seville is one of the country's most atmospheric cities. It is famous for being the home of flamenco, and for its Seville oranges of course. The cultural and historical heritage of Seville is immense. It was under Muslim rule until 1248, which is clear from the abundance of Moorish architecture. Seville is also home to the Archivo General de Indias, which was once the centre of Spanish trade with the New World. It's royal palace, or alcázar, is where Christopher Colombus met with King Ferdinand and Queen Isabel. Today, the city is home to the world's largest Gothic cathedral, and its royal palace is the oldest royal building still in use in Europe. Book onto Insight Guides' Simply Seville trip, and enjoy a tapas crawl through the Jewish Quarter and Barrio Santa Cruz. Seville stays warm throughout September and October, with temperatures in the late-twenties.

Taking a holiday to Europe: how to get started

Insight Guides can help you with planning, organising and booking your trip to multiple destinations in Europe. Simply, get in touch and share your budget, interests and travel style. Our local experts will create an itinerary exclusive to you and your requirements, which you can amend until you are satisfied. Alternatively, browse and modify ready-made holidays to create your dream trip today. Remember, all of our trips are fully customisable.

Our trip was packed with a variety of different things to do in Italy. For the most part we enjoyed it all. We had some really great guides, particular mention to Graciela from Floence Town who took us on an unforgettable 5hr walk, lunch and wine tasting. Roberta organized all our hotels, transfers and tours. It was great not having to do that myself, which is so time consuming. Everyone was very professional.