Calling all keen bird-watchers! From spotting sharp-eyed eagles to exotic parrots and blue-footed boobies, these destinations are where it's at for once-in-a-lifetime sightings 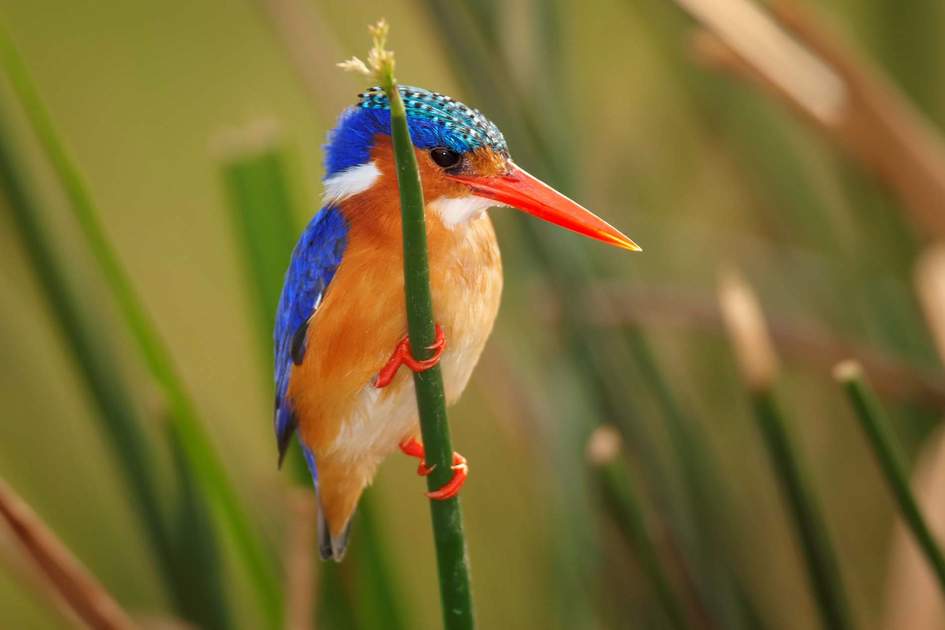 Whether you're a professional ornithologist, devout naturalist, or someone who simply enjoys the beauty of wildlife – do yourself a favour and add these nine best destinations for bird-watching to your travel wishlist

It is currently prime bird-watching season on the Galápagos Islands; October to February is said to be the best time since this is when migrant birds make an appearance and reproduction is in full swing. The region features exquisite bird populations. Perhaps its most celebrated is the blue-footed booby – an exotic little critter with electric-hued turquoise feet. Funnily enough, its name comes from the Spanish word for bobo (meaning dunce). Early sailors coined the name after the birds refused to fly away upon approach.

The Galápagos Islands are home to much-loved penguins as well, especially on Fernandina and Isabela. This part of the world also boasts flightless cormorants, sinister-looking frigates and the ultra-rare Galápagos lava gull, among other rare bird species. Discover it for yourself on a luxury trip to the Galápagos Islands: Insight Guides can take you there.

Costa Rica continues to delight both novice bird-watchers and bonafide ornithologists. The Central American jewel plays host to the much-sought-after resplendent quetzal, a renowned creature that some say is the most spectacular bird in the entire western hemisphere. Males are known for their radiant, cascading colours of rich cherry and shimmering green, which play off its petite yellow beak.

Costa Rica is also where you'll find over 50 species of brightly-coloured hummingbirds. On the super-remote Isla del Coco, you may catch a glimpse of the strange-looking frigate bird, which somewhat resembles a long-billed duck that boasts an enormous red bulge at the base of its neck. Meanwhile, nearly 375 species of birds call Corcovado National Park home. Although Bajos del Toro is famous for its teeny hummingbirds and elusive quetzals.

Madagascar is known the world over for its magnificent wildlife, and its birdlife is no exception. Centuries ago, it was also home to the larger-than-life elephant bird. The creature has long been extinct, but that hasn't stopped modern-day scientists from flocking to the island (no pun intended) to dig deeper into Madagascar's extraordinary bird populations.

These days, visitors can steal glimpses of everything from goshawks to mesites. Parc National de Ranomafana is a premier bird-watching destination that touts a minimum of 115 species. According to the experts, the Sahamalaotra circuit should be on your list for birds, as well as exotic lemurs. The Varijatsy circuit is another winner that's set against a natural pool and stunning waterfall.

The park is a stop on Insight Guides' Wild Madagascar trip, setting the stage for up-close encounters with free-ranging wildlife. This African adventure also includes a journey from Andringitra to Ranohira, where you just might catch sight of the stealthy Réunion harrier bird or the ever-wise African marsh owl. 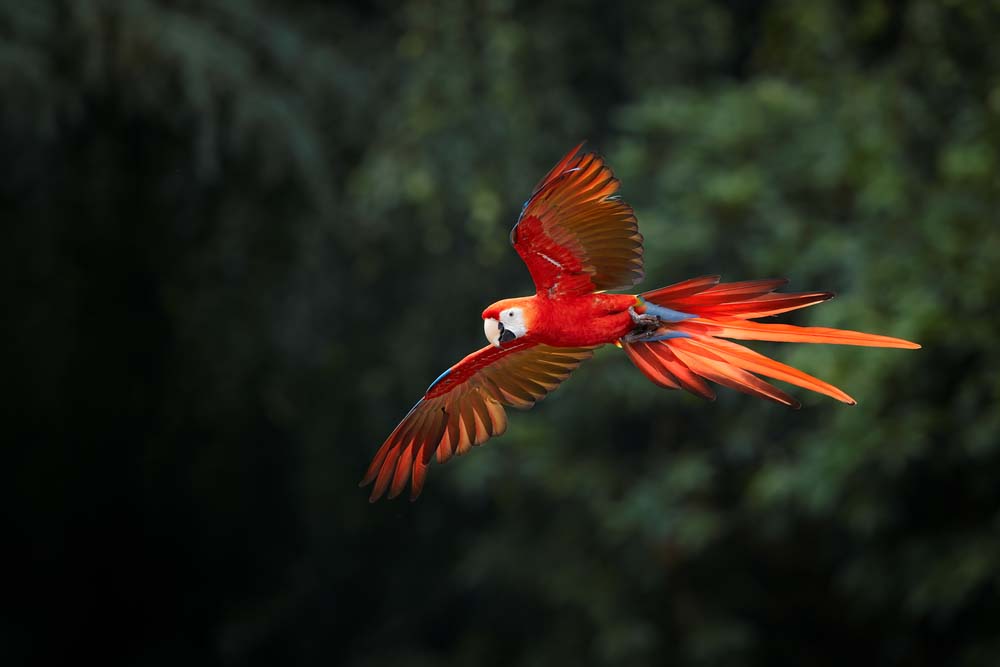 Parque Nacional del Manu, roughly three hours from Cusco, is a must-visit for bird-watching. According to UNESCO, there are about 850 species to be found in its tropical forest. It's ideal for spotting exotic creatures like golden-headed quetzals, pale-winged trumpeters, roseate spoonbills, yellow-rumped caciques and more.

The Peruvian Amazon on the whole is brimming with rare birds of all kinds. The Reserva Nacional Tambopata keeps safe the biggest macaw lick of South America, attracting bird-watchers with its brightly coloured parrots and vibrant avian communities.

In other words, Peru has no shortage of stunning birds to observe and behold. Get your fill at  a private luxury eco reserve deep in the jungle on this Peruvian escape, brought to you by Insight Guides.

Kruger National Park may get all the attention for being one of the top game parks around, but it also happens to be a downright spectacular destination for bird-watching enthusiasts. According to South African Tourism, summer (which takes place from about mid-October to mid-February) is a particularly special time to visit since bird populations are in flux during this time.

The organisation calls special attention to southern carmine bee-eaters, delicate little red birds with long beaks that live in hollowed out tunnels on dry banks. You can also expect to see a variety of majestic eagles – from steppe eagles to brown snake eagles and more – gracing the skies above. Enjoy some time at a private game reserve on this unreal South African holiday.

Malaysia is a top birding travel locale, and we can't say that we're all that surprised. Tourism Malaysia has been promoting it as such for a while now. As the organisation notes, the fact that it's on the path of the East Asian-Australasian Flyway Network Site means that Malaysia is a prime resting destination for migratory birds.

The country boasts nearly 800 bird species. Sabah is a mega-popular bird-watching destination, with Borneo particularly standing out. The Bornean bristlehead, red-breasted partridge, and Bulwer's pheasant are among the most popular. However, it's really the tough-to-pin-down Malayan peacock-pheasant that allures so many birders. This beautifully speckled creature (which, as the name implies, has patterned feathers in classic peacock fashion) is both threatened and exceedingly rare, putting it on the bucket list of many bird-watchers. 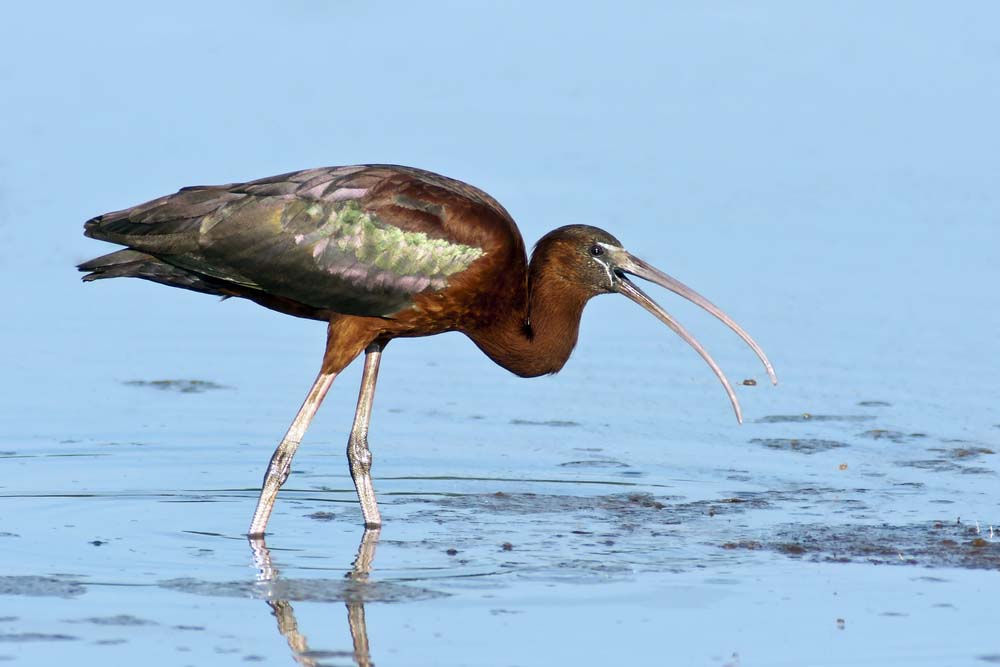 Naturalists who consider birding their specialty won't be disappointed by Spain's southern region. Andalucia is a prime bird-watching hotspot, with Málaga earning a special mention on the list. Experts say that the area's diverse ecosystem plays an important role; the towering mountains, vast expanses of open land, and bodies of water work in tandem to create an atmosphere perfect for exotic bird species.

According to Birding Málaga, everything from dainty little wrens to azure-winged magpies to the menacing griffon vulture can be found in the region (not to mention pink-hued flamingos and the white-headed duck). In other words, its bird population runs a pretty wide gamut, making it all the more attractive for your next birding vacation. Consider adding Andalucia to your travel wish list; Insight Guides' once-in-a-lifetime trip package is a fantastic place to start.

According to The Birding Nerd, China has plenty more on offer for birders. In Beijing, in the park in the Temple of Heaven, you may stumble across red-bellied blue magpies, grey-spotted woodpeckers, grey-faced woodpeckers, Oriental greenfinches and more. This ultra-luxe Best of China vacation can take you to Beijing and beyond, where these exotic species await.

Serious bird-watchers would be wise to put southern Thailand on their dream vacation list. According to PhuketBirdWatching.com, there are hundreds of exotic species to be found in the region. The lovely local waterfalls and epic parks make for a landscape rich with biodiversity.

Experts from the organisation put Hala-Bala Wildlife Sanctuary in Narathiwat at the top of the list, and with good reason. Here, Malaysian rail babblers, reddish scops owls, and garnet pittas abound. The area's abundance of "lowland tropical rainforest species" makes it a real stunner for in-the-know bird enthusiasts. Squeeze in some birding adventures on Insight Guides' Bangkok Pattata Explorer. 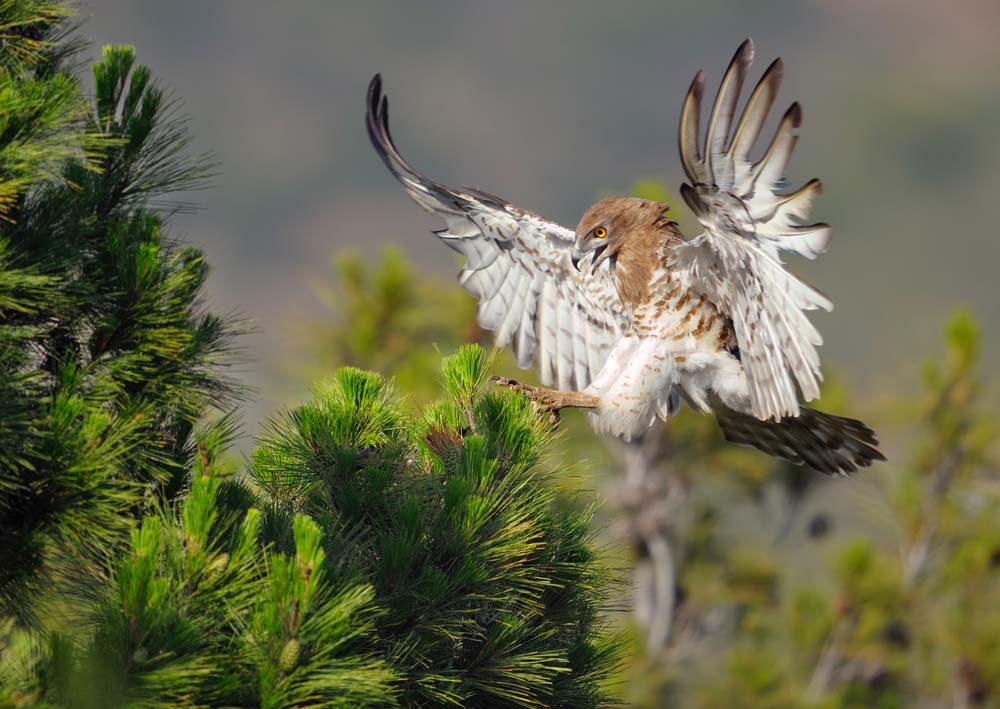 What are you waiting for? Book a birding trip with Insight Guides now:

7 reasons your next trip should feature wildlife