The ancient and modern exist comfortably side by side in this East Asian nation. South Korea is home to a plethora of fascinating sights and hosted the Winter Olympics earlier this year, yet still remains relatively removed from the tourist trail. 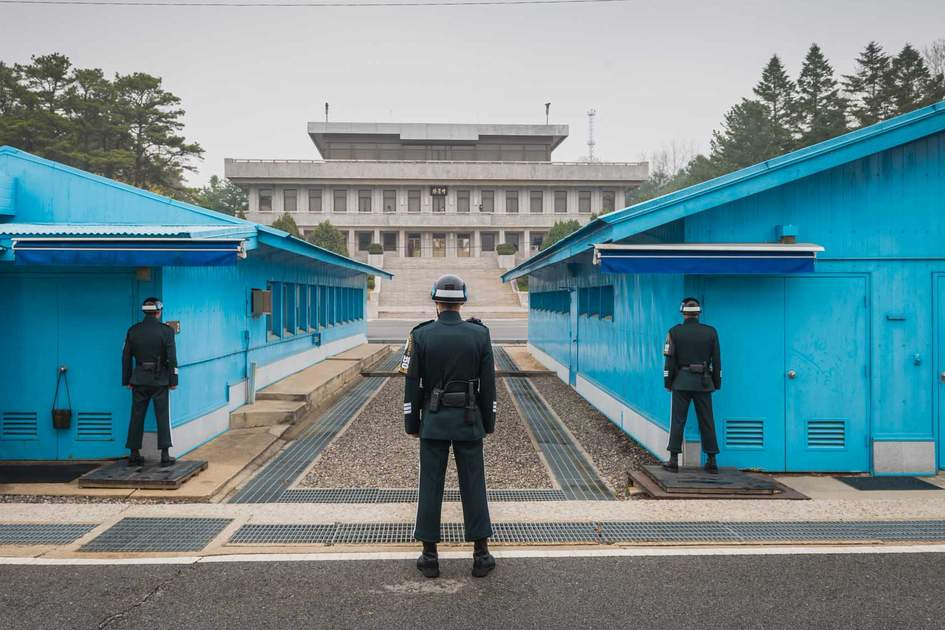 From the megalopolis of Seoul to the forested mountains of Seoraksan and the 'Land of 10,000 islands' off the southwest coast, you can visit wonderful destinations in South Korea as part of a fascinating journey. Here is our guide to the best places to visit in this East Asian nation.

These splendid Korean palace buildings and serene Zen-inspired grounds showcase the grandeur of Korean royalty. Located within a large park in Seoul, the palace was one of the ‘Five Grand Palaces’ of the Joseon Dynasty (1392–1897), and was constructed back in the 15th century. Make sure you don't miss the Secret Garden (Biwon), which is something of a hidden gem within a gem.

South Korea’s most popular national park, Seoraksan’s vast expanse of natural beauty encompasses towering rock pinnacles, dense alpine forests, remote temples and wildflowers at every turn. The name Seoraksan means ‘Snow Peak Mountain’, which is slightly misleading as the park, which forms the panoramic backbone of Gangwon Province, actually consists of a range of peaks. Contact us with the dates when you would like to visit South Korea. Our local experts can then arrange a personalised itinerary for you taking in fascinating attractions around the country. 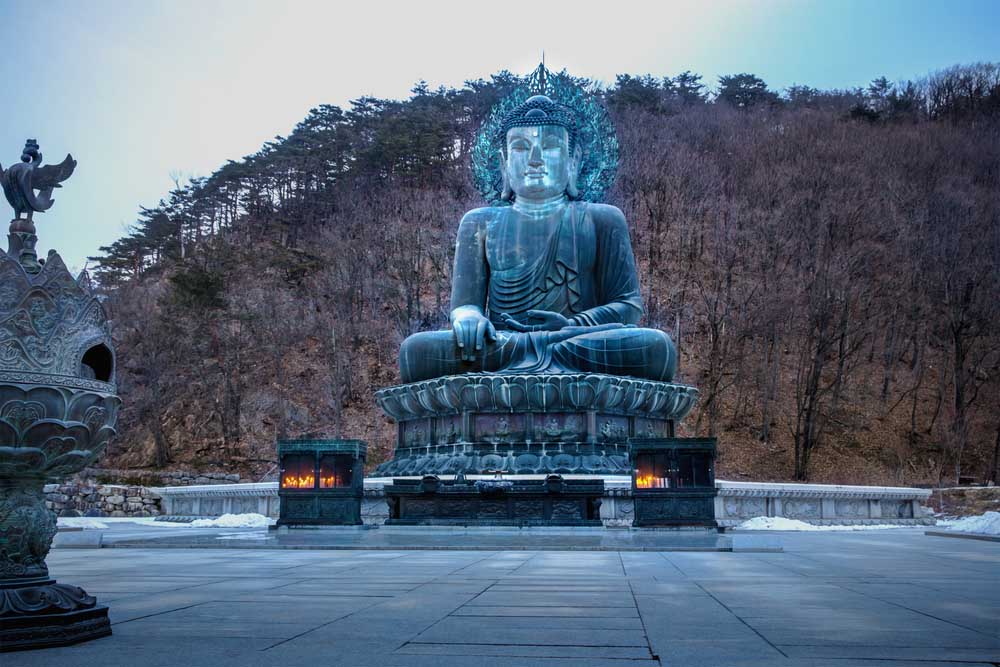 The Demilitarized Zone (DMZ) is the world’s most heavily fortified border crossing. A demarcation line 4km (2.5 miles) wide spanning around 250km (150 miles) across the Korean Peninsula. The DMZ was established in 1953 during the Korean War, when an uneasy ceasefire was agreed. The ceasefire remains tentatively in place today, accompanied by a palpable air of tension – the two countries are still technically at war. The Third Tunnel of aggression – an incomplete tunnel from North Korea, built for a surprise attack – is a must-see. According to the tunnel's visitor information, it was built to accommodate up to 30,000 soldiers an hour.

On the country’s southeast coast, the city of Gyeongju is known for captivating historical sites, many of which date from its time as the capital of the Silla dynasty. Massive burial mounds – most from the 1st to 8th centuries – rise up in both populated and rural areas. The area surrounding the city is also home to fascinating historical sites. Secluded temples abound in the wooded hills of Namsan and Tohamsan, most notably the spectacular, sprawling Bulguk-sa complex with its two stone pagodas.

A tourist hotspot in the capital, Insadong is a time-honoured location for antiques dealers. Numerous specialist shops sell fine Goryeo celadon, Silla pottery and Joseon-era furniture. The area's maze of streets and back alleys is also home to an abundance of art galleries, tiny restaurants, junk dealers and music stores. It's a real bargain hunter's paradise, but be cautious with prices for items – especially antiques – that seem too good to be true. Insadong is also known for its teahouses, where bell jars of dried herbs line the shelves. Ginseng is the most popular, but other aromatic offerings include teas made from ginger root (saenggangcha), lemon (yujacha) and plum (maesilcha). 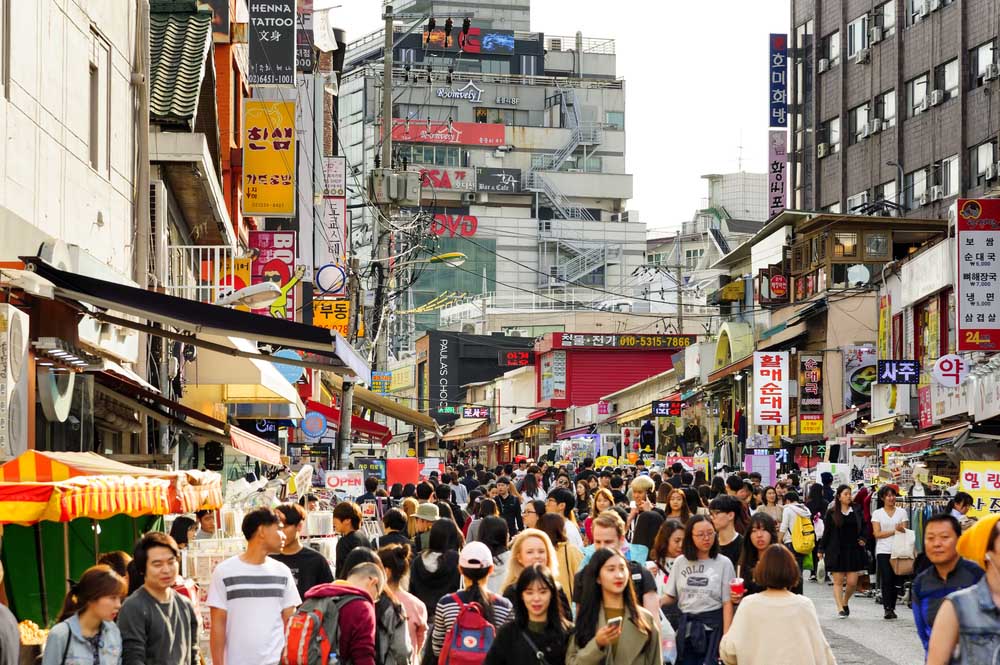 This area off the southwest coast, known as the 'Land of 10,000 islands', offers a wealth of stunning sea views. Many of its multitude of islands are quite beautiful. The largest have fishing ports and small villages, but most are essentially uninhabited. The two best-known islands in the national park are Heuksan-gundo and Hongdo. The former is actually a group of 100 islands, the largest of which has a few small hotels. Stone walls, rustic homesteads and pastoral scenes set against an ocean backdrop make these islands exquisitely beautiful. Rugged Hongdo is known as the 'Red Island' due to the pink hues of its rock, and is famous for the imposing, contorted rock formations and cliffs lining its coastline.

Set amid wonderful forested mountain scenery, Haien-sa is relatively easy to reach from the city of Daegu, but still isolated enough to be a mediative haven. A deeply venerated South Korean temple, this Unesco World Heritage Site houses one of the world's oldest copies of buddhist scripture, carved into a collection of more than 80,000 woodblocks that have been preserved for centuries.

For sweeping views over the vast metropolis that is Seoul, walk, take a taxi, or ride the cable car to wooded Namsan, in the centre of the city. There you can take an express elevator 237 metres up to the two indoor observation platforms, open-air terrace, and revolving restaurant at the top of the N Seoul Tower where you can dine while taking in a 360º panorama of the city. 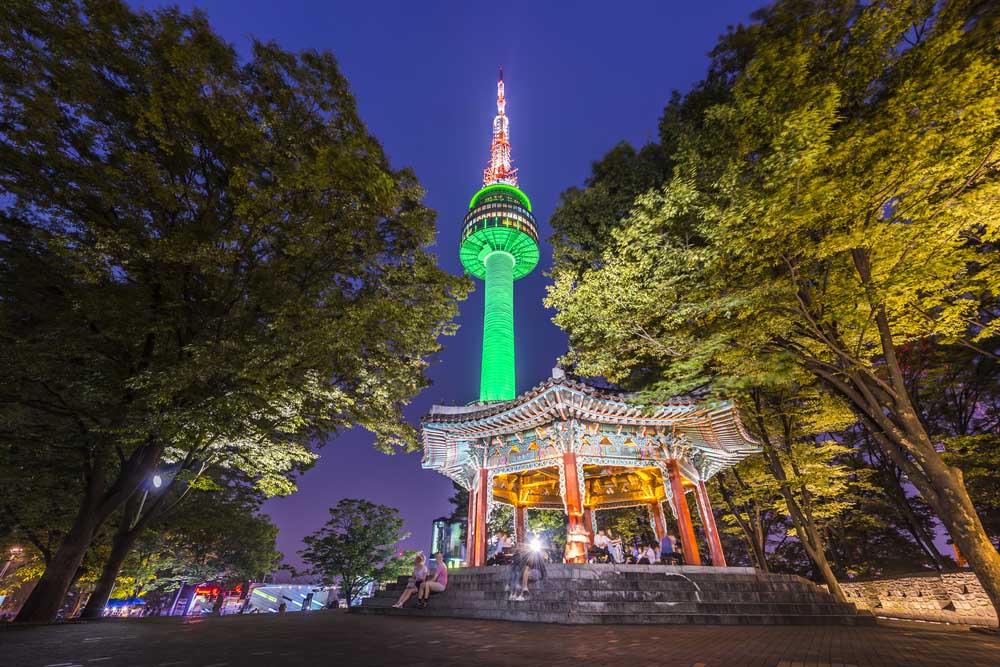 To gain an understanding of traditional Korean life, there is no better place to visit than Hahoe Folk Village. Certainly off the beaten track, a 30-minute bus ride from the city of Andong, the village maintains rural customs dating back 500 years from the Joseon-dynasty. The thatched, earthen huts and larger yangban manors of wood and tile in the hamlet are surrounded by the serpentine Nakdonggang River and the verdant Sobaek Mountains. This is the Korea that is hearty, warm and strongly rooted in tradition.

One of the world's largest lava tubes and part of an even large cave system, Manjang Cavern offers unique glimpses of geological wonders that make it one of the best places to visit in South Korea to experience the country's natural beauty. Highlights include the tube itself as well as features including an enormous lava column. If visiting in summer, you can join lamplight tours of the caverns, filled with bats, spiders, centipedes and unusual lava formations – but dress warmly, as temperatures inside stay between 10 and 20ºC. 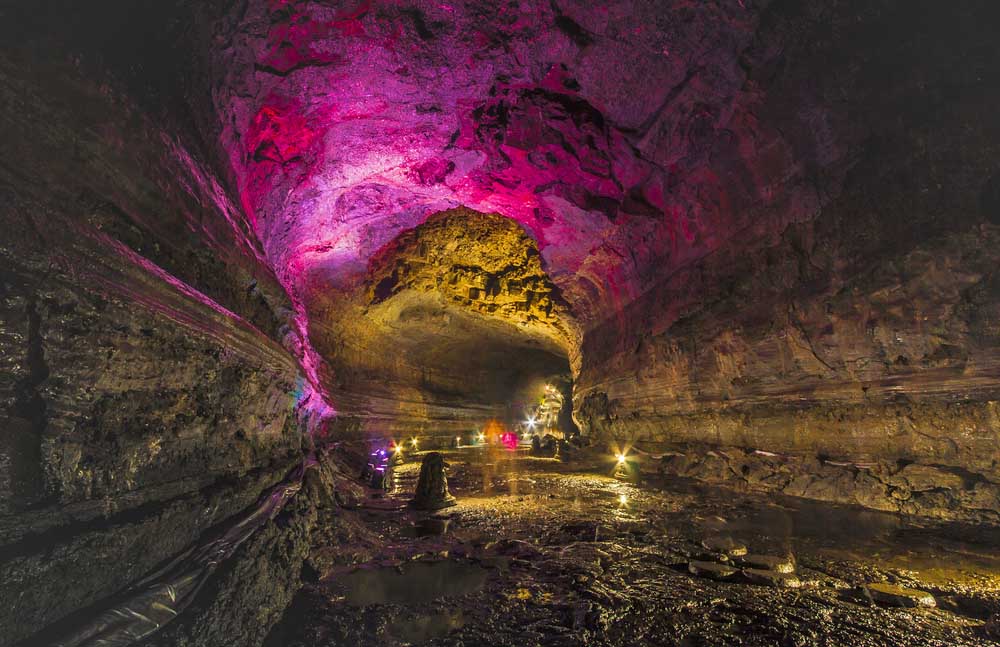 Attractions in South Korea offer delights for every type of traveller – ready to explore?

Our local experts can organise complete tours for you in South Korea, taking in selected highlights in the country. Just get in touch letting us know your travel preferences and when you'd like to visit. We will then create a tailor-made itinerary for you, that can be amended as much as you like before booking so it perfectly suits all your requirements.