Big fins and fresh fish: your guide to fishing in Costa Rica

Costa Rica is a paradise for both fresh and saltwater fishing. It’s quiet too: you will run into other fishing folk only if you really want to. So get out and start exploring… 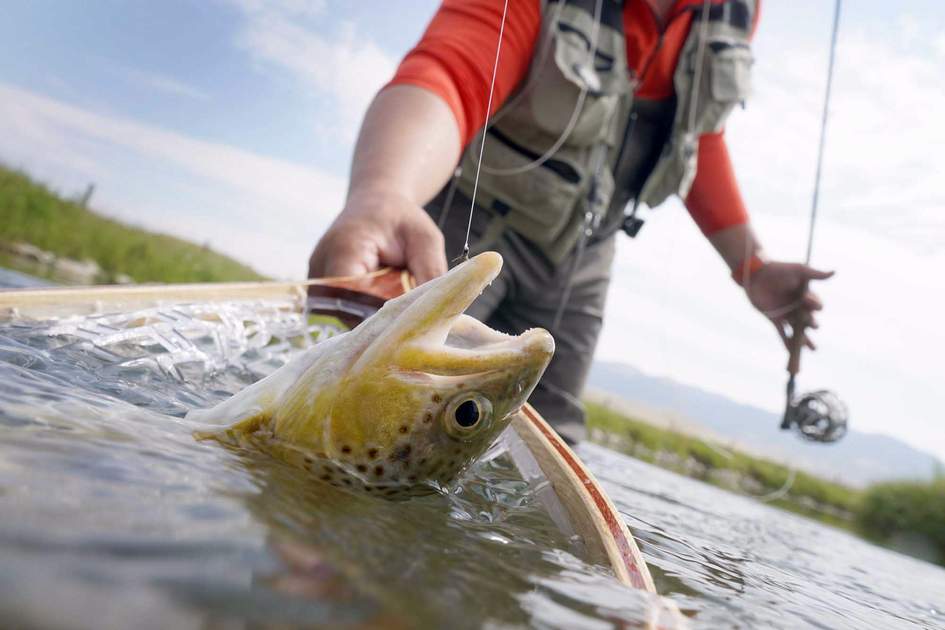 The king of game fish swims calmly towards Costa Rica’s Caribbean coast. At around 70kg (150lbs), he fears no predators, except sharks, as he cruises toward the mouth of the Colorado River. Where the tarpon has come from is a mystery. He could have been off the coasts of Florida, South America or West Africa. Or he may have been in local waters the entire time.

But now he is with an ocean school of 100 fish the same size. Suddenly they spot a school of titi, a small, sardine-like fish, and chase them to the surface. The tarpon cause an acre of the Caribbean to explode as they churn the water and devour the titi. If you are lucky enough to witness this scene, it is simply a matter of casting into the chaos to get into contact with what many consider the most exciting aquatic quarry on earth.

Tarpon enter the river mouths all along the Caribbean coast of Costa Rica, from the Colorado River in the north to the Sixaola River, which forms the border with Panama. In most rivers, they swim a few hundred metres upstream in search of food, and then return to the sea. Only in the Río Colorado do they keep going upriver, following the titi, in an incredible journey of more than 200km (120 miles) to Lake Nicaragua, close to the Pacific Ocean.

To plan your perfect, personalised trip to Costa Rica today, get in touch with one of our local experts and start creating your dream fishing getaway.

As the tarpon begin their long swim, they pass a series of thin fingers of water stretching northward almost to the border with Nicaragua. These freshwater ‘lakes’ are full of a variety of exotic fish that make great sport on light tackle. One of the most fascinating is the alligator gar, known in Costa Rica as gaspar. Looking like a throwback to prehistoric times, this fish has a long, narrow snout as full of sharp teeth as an alligator’s. Its coffee-coloured body is covered with tough skin and large scales. Its tail is broad and powerful. The meat of the gaspar is firm and sweet, not unlike shrimp. But the eggs should never be eaten as they are highly toxic.

The tarpon is not alone in his upriver swims. Snook also make the long journey following the titi. And following them all are bull sharks.

The sharks, like the tarpon, continue all the way to Lake Nicaragua. Their presence has led many people to believe there are ‘freshwater sharks’ in the lake. Actually, they are just visitors from the faraway Caribbean.

Snook are the mainstay of sport fishing in Costa Rica. Large snook are plentiful along all parts of the Caribbean and Pacific coasts, as well as in rivers throughout the country.

All along Río San Juan are lesser rivers flowing into it. At the confluence of the San Juan with the Colorado, Sarapiquí, San Carlos, Infernito, Pocosol, Medio Queso and Frío rivers there is some excellent angling for tarpon and snook. None of these rivers is heavily fished and all require a bit of enterprise to reach. But those who make the effort are usually well rewarded. Add one (or more) of these destinations onto an Insight Guides trip such as Tropical Costa Rica for the holiday of a lifetime. 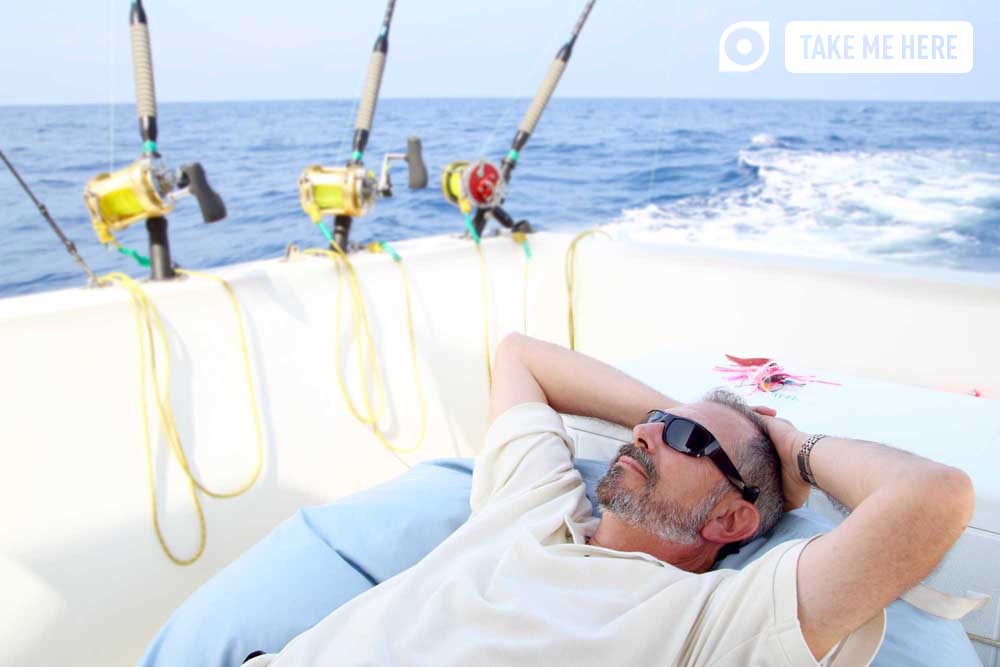 The exception of this rule of relative inaccessibility is the Río Frío, which passes right through ‘downtown’ Los Chiles. Los Chiles is an approximate 3-hour drive, on paved roads, from San José – the start and end point of Insight Guides’ awe-inspiring Coast to Coast trip.

The Río Frío is full of tarpon, snook, white drum, gar and other exotic species. Some people fish right from the municipal landing in Los Chiles; others with boats launch them there and venture north or south. For those who don’t have a boat, it is possible to rent a panga (barge), driven by a knowledgeable local person who acts as a guide. These pangas can be found at the municipal landing.

Some tarpon, as they swim up the Río San Juan, apparently take diversions far into the side rivers. This is the case with the Río Frío. Thirty minutes by boat south of Los Chiles is the convergence of the Río Frío and the Río Sabogal. Here tarpon up to 45kg (100lbs) seem to be present at all times.

Every morning and every evening the giant fish, too big to be in a narrow river, leap high into the air, re-entering the water with a thundering splash. It is a sight every fishing enthusiast would love to see. It can also be one of the most frustrating experiences imaginable, because there are days when these fish just won’t take a lure. However, just the sight is well worth the trip – and there is always a good change of hooking into one of them.

In tarpon fishing, the rules of angling must be suspended or reversed, or there’s no chance of success. The first trick is to retrieve the lure with the rod tip low – at water level or, better yet, in the water. That way, when it’s time to set the hook, the rod tip can be brought up and backwards in a long arc. The manoeuvre must be repeated rapidly at least three times with great force. The success rate of experts is to land about one out of every 10 hooked, though try telling that to your friends when you go back empty handed after a day’s tarpon fishing.

The Río Frío, as well as most of the other rivers of Costa Rica, is full of a fish often overlooked by anglers. The machacha, a silvery speedster, is an unusual fish in that it is primarily a vegetarian. Machacha can often be found under the overhang of chilemate trees waiting for ripe fruit to fall into the water. Costa Ricans fish for them using pieces of banana or tomato, but machacha will also take small lures or flies, running, changing directions, diving and leaping into the air. They can grow up to 9kg (20lbs) and 1 to 2kg (2 to 5lb) fish are common and offer great sport. Their flesh is bony but tasty.

Up a few of the rivers that feed into the San Juan, particularly the Sarapiquí, you can find the bobo, a difficult but rewarding quarry. These fish, which weigh up to 14kg (30lbs), feed in shallow, fast-moving water. They are relatives of the saltwater mullet and are pure vegetarians. They can be taken on small spinners and they offer great sport as they fight hard through the rapids.

In these Atlantic-slope rivers you can also find other exotic species including the mojarra, a strong, sharp-toothed, brightly coloured pan fish resembling a perch on steroids, and related to the sun fish.

For land-lubbers who prefer to eat fish rather than catch them, the mountains south of San José about abount in stocked trout lagos (artificial ponds), where you can sink a line baited with masa (dough), land your trout in minutes and have it cleaned, scaled and cooked on the spot. 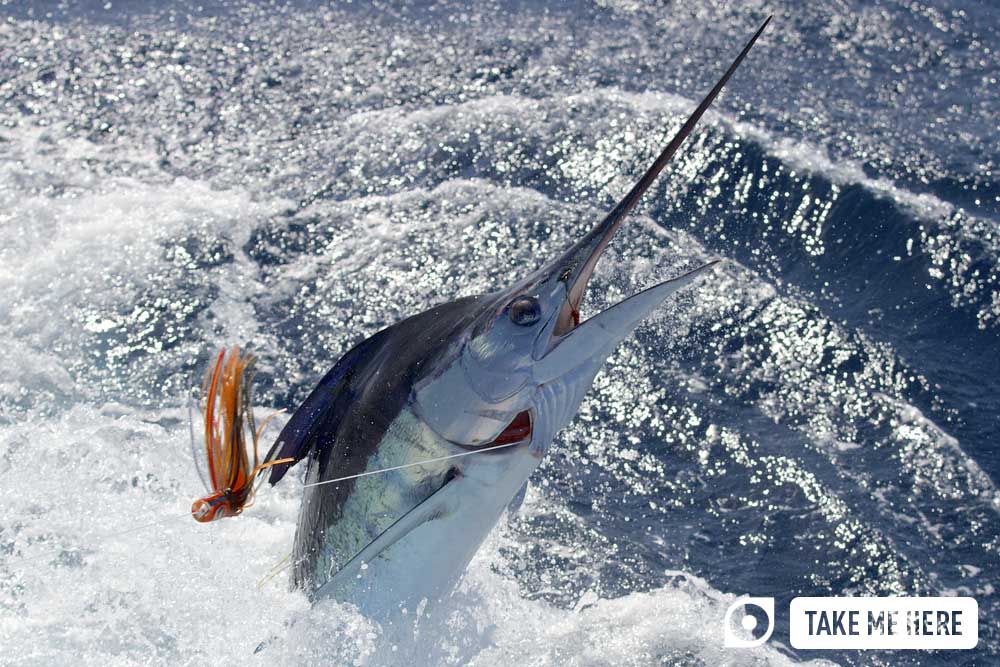 For most people, fishing off the Pacific coast of Costa Rica means angling for sailfish, marlin and tuna. All along the Pacific coast there are boatload of sport-fishing operations. Taking in a destination like Manuel Antonio, visited on Insight Guides Costa Rica Eco Adventure, will give you access to excellent fishing plus numerous other ocean-based activities – including kayaking and snorkelling.

Operators in the Gulf of Papagayo, however, enjoy the most productive sailfishing in the world. Sails here are not the scrawny Atlantic variety. They are hefty, healthy Pacific sailfish averaging over 45kg (100lbs). Fought on a 7kg (15lb) line or less, they offer fantastic sport and a spectacular show full of graceful jumps. Laws require that all sails (except record catches) are released, and fishermen generally respect these rules.

In recent years, marlin have been discovered along most of the Pacific coast. Offshore, mahimahi, tuna, and rainbow runner are plentiful. Offshore reefs also offer great fishing for snapper, including the prized cubbera.

Often overlooked are the fishing possibilities straight from the Pacific beaches. Every beach on the Pacific coast offers the chance to take various types of jack and drum, as well as trophy-sized snook from the surf. Mouths of rivers and streams often attract congregations of snook. Casting from rocks often locates snapper and roosterfish.

Roosterfish abound on Costa Rica’s Pacific coast. The colourful, wide-bodied and powerful fish with the long, spiky dorsal fin that gives it its name, is particularly plentiful in the water surrounding the rocks in Puntarenas or the nearby Pacific port of Caldera. Once hooked, the roosterfish raises its ‘comb’ and speeds away across the surface, offering a unique show and fight.

The star inhabitant of Costa Rica’s few lakes is the guapote. Some people call this fish the ‘rainbow bass’, although taxonomically it has nothing at all to do with bass. The only real similarity to bass is in the way it is fished: casting or flipping plugs or spinner baits. Once hooked, the resemblance is soon forgotten. The guapote is to a bass what a diesel is to a modern train; it is not light tackle fish. Once hooked, it heads for cover with the force of a rhinoceros and if it gets there is will almost certainly cut the line on underbrush.

The guapote is a spectacular fish. A breeding male has large bulbous protrusions above the eyes that ‘light up’, displaying many colours on its flank. Guapote in Lake Arenal, the main place where they are fished, weigh up to 9kg (20lbs) or more, although a 7kg (15lb) fish is about as much as most can handle. The guapote pinto, or painted guapote, can be found in rivers that flow into the San Juan.

Wild trout have never done well in Costa Rica (although farmed trout do very well indeed). Despite numerous attempts to stock them in high mountain streams, they have never really thrived. Trout fishing is possible in the breathtaking mountains between San José and San Isidro del General, such as the Río Savegre in the San Gerardo de Dota valley area. Even if the fish are somewhat small, the scenery alone makes a day spent there worthwhile. If you cannot find any trout then a good substitute is the machine, a fish that is found in rivers where trout would be expected. It puts up a vigorous fight, very similar to that of a trout.

You can buy your fishing license, required by law, at most fishing-boat docks. Most sport-fishing operators will include it in the cost of a charter trip. The licence costs $24 and is good for a year.

Taking a holiday to Costa Rica: how to get started

Insight Guides can help you with planning, organising and booking your trip to Costa Rica. Simply, get in touch and share your budget, interests and travel style. Our local experts will create an itinerary exclusive to you and your requirements, which you can amend until it's just right. Alternatively, browse and modify ready-made holidays to create your dream trip today.