Buenos Aires and beyond

One of South America’s most culturally diverse cities, Buenos Aires offers broad plazas, tango and juicy steaks. Argentina’s cosmopolitan capital is also an ideal base for visiting the Iguazú Falls, Mendoza wine region and Patagonia. Here is our guide to what to see in Buenos Aires and beyond. 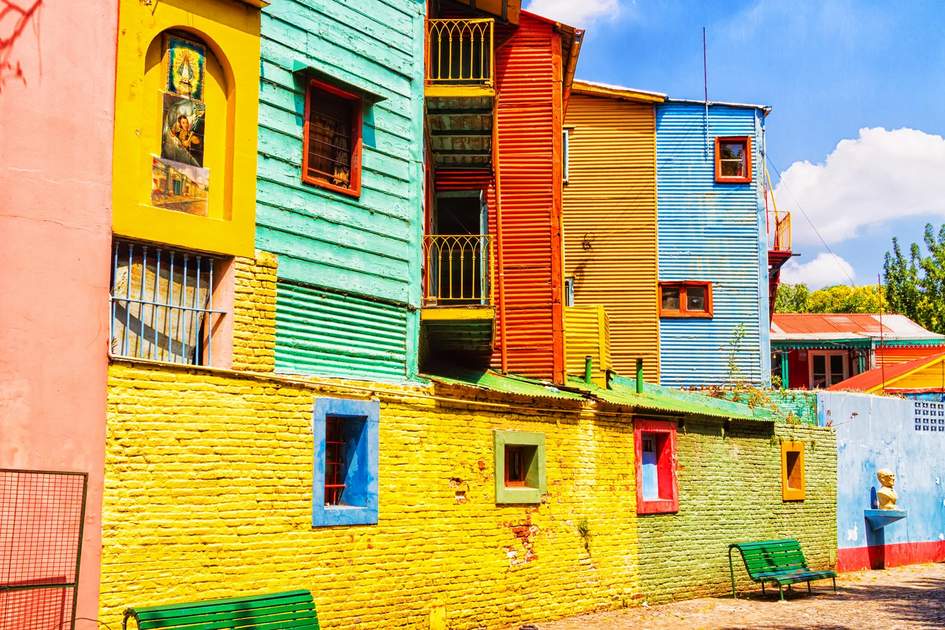 Argentina’s buzzing capital Buenos Aires provides a wonderful introduction to Argentina. Sprawled out along the River Plate estuary shoreline, the city’s warm spring weather, scorching summers and mild winters make it a year-round destination. Locals, known as porteños, are hospitable people who relish their leisure time and are justifiably proud of their culturally rich city.

Neighborhoods, or barrios, have distinctive characters: upscale Recoleta is home to stylish Parisian architecture and Evita’s mausoleum in Recoleta Cemetery, hip Palermo continues to be a magnet for those keen to enjoy wonderful dining and bar hopping, while bohemian San Telmo’s cobbled streets and small plazas are undeniably alluring. Alternative barrios with their own charms include the regenerated docklands of Puerto Madero; vibrant, leafy Chacarita; and La Boca with its lively, colorful streets that are home to Boca Juniors’ football stadium, ‘La Bombonera’. 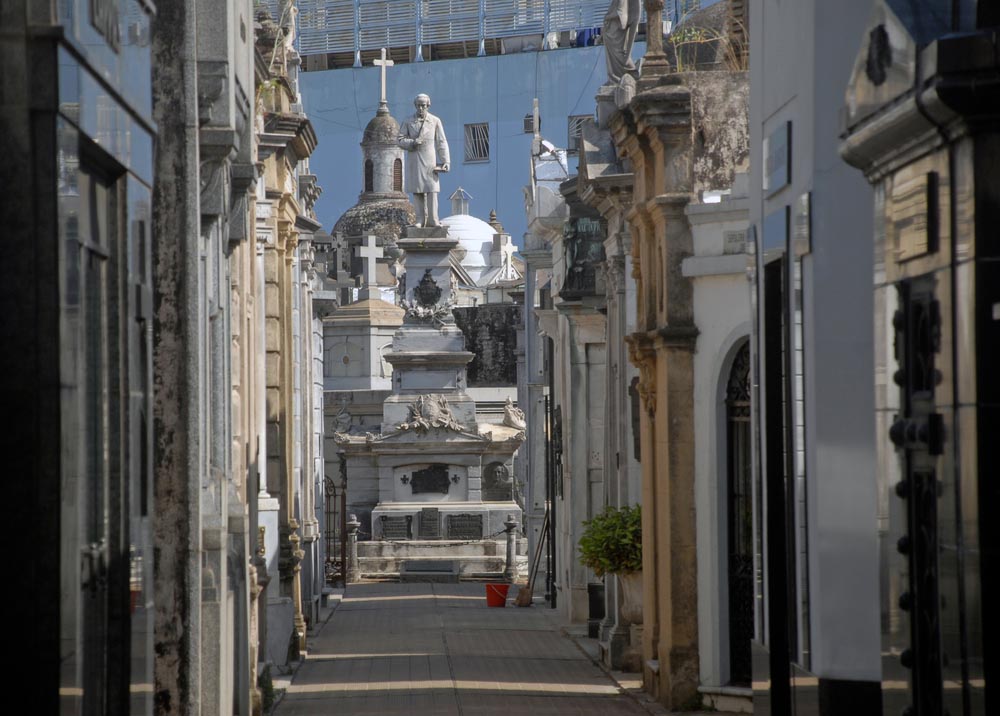 Buenos Aires is pretty much totally flat, making it easy to walk around and take in sights such as the elegant Casa Rosada presidential palace; the broad, tree-lined Plaza de Mayo; the monumental, 68-meter-high, white stone Obelisk; and the striking 1920s office block Palacio Barolo. And as an increasingly eco-friendly city, you can also use free public bikes and ride along 230km of metropolitan cycle lanes by registering with the city’s Ecobici scheme.

BA’s art scene is strong. The city was one of the hosts of Art Basel 2018, and modern art lovers are spoilt for choice with institutions such as Usina del Arte, Proa, MACBA and MALBA consistently providing engaging programs showcasing the work of Latin American and international contemporary artists. 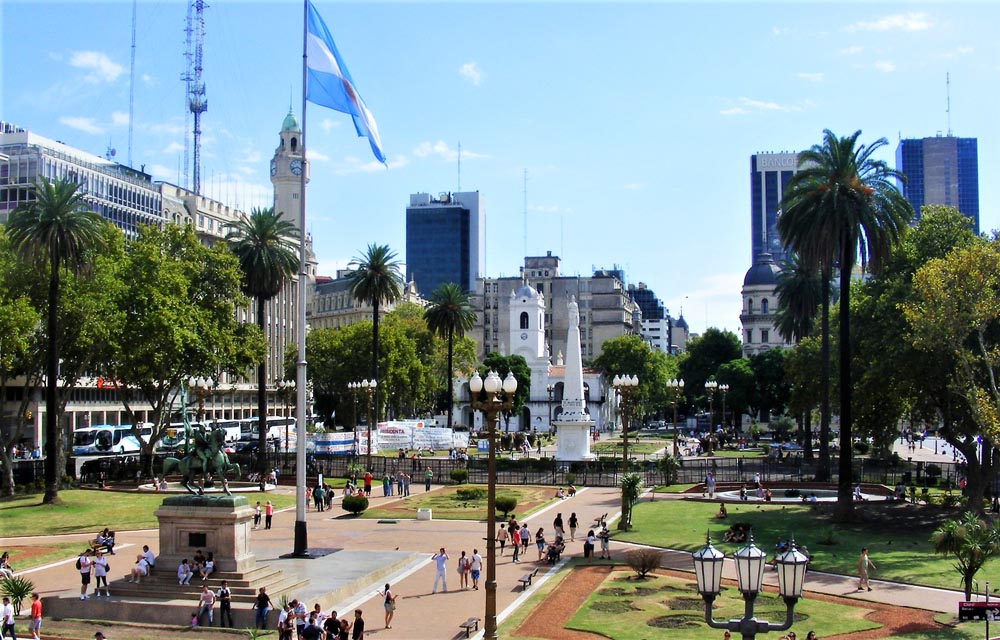 Splash out in Iguazú

This northeastern corner of Argentina is best known for the mighty Iguazú Falls, the awe-inspiring highlight of a vast subtropical national park and Unesco World Heritage Site that is shared with Brazil. On the Argentine side of the park, you can explore and marvel at between 150 and 300 powerful cascades, depending on water levels. Keep an eye out for reclusive wildlife such as toucans and the South American tapir. Racoon-like coati, however, can sometimes be overly sociable!

Iguazú is humid, so prepare to sweat it out or take a boat ride under the waterfalls and get totally drenched. Experience the park’s rainforest setting and spectacular waterfalls on its six nature walks that take in river trails, gangways over the edges of cascading torrents, and the monumental Devil’s Throat falls, as well as offering opportunities to spot abundant wildlife including cai monkeys and countless species of birds. Five nights a month, guided full-moon walks include a ride on the park's Ecological Train en route to footbridges across the Iguazú River, from which you can view the breathtaking Devil’s Throat illuminated by the silvery moonlight. 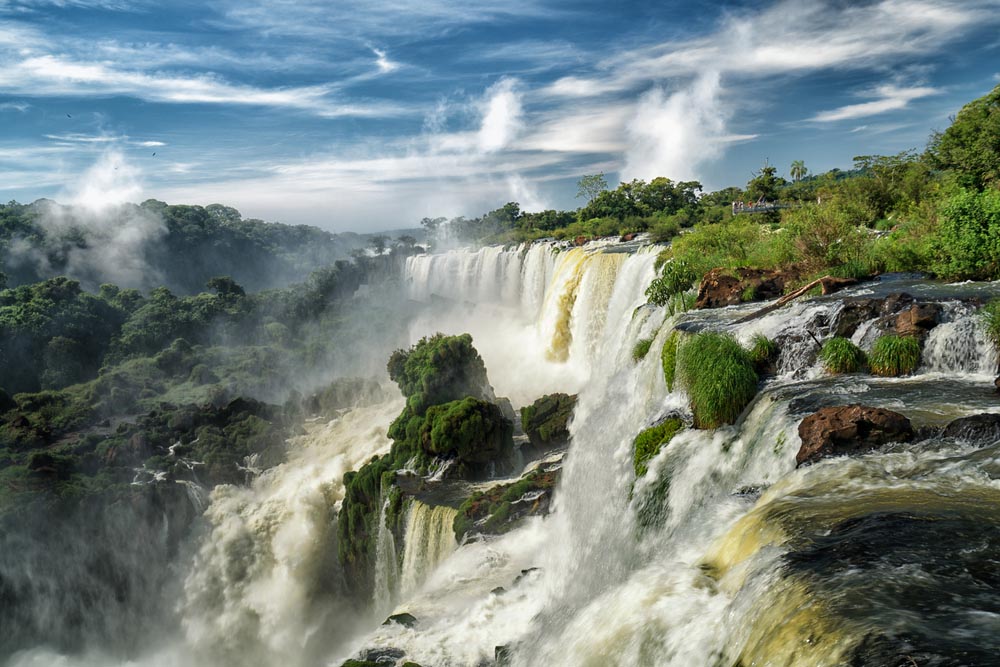 One of the world’s seven great wine capitals, Mendoza wine country is a must for aficionados. Located in western central Argentina, a 90-minute flight from Buenos Aires, there’s plenty to enjoy in Mendoza besides Malbec. Set at the foot of the Andes, architecturally arresting bodegas (wineries), such as DiamAndes and Zuccardi in the Uco Valley and the 120-year-old Lagarde in Luján de Cuyo, serve up delicious paired lunches. You can relish dining in gardens surrounded by verdant vineyards, while enjoying sweeping panoramas of the surrounding countryside. Work it all off in the great outdoors – adventure lovers have plenty to choose from: white-water rafting in the River Mendoza’s snow-melt rapids, horseback rides into the Andean foothills, and even winter skiing on the fantastic powder on the slopes at Las Leñas resort.

At the end of the world in Ushuaia

While many visitors use the port to embark on Antarctic and Cape Horn expeditions, outdoor enthusiasts will find much to enjoy in Ushuaia, the southernmost Argentine city known as ‘The End of the World’. A four-hour flight from Buenos Aires, Ushuaia is an intriguing frontier town set against a breathtaking mountainous backdrop. The city sits on the Beagle Channel strait, which Charles Darwin sailed up aboard HMS Beagle in 1830. The naturist brought the island of Tierra del Fuego to the world’s attention by kidnapping four indigenous Fuegians to help prove his theory of evolution. The native Fuegian people had, of course, lived in this part of Patagonia for thousands of years.

Wonderful trails await, taking in lenga beech forests and iceberg-dotted lakes within the coastal expanses of Tierra del Fuego National Park, where penguins, dolphins and orca can all be spotted and temperatures rarely top 20ºC, even during the summer (Dec–Feb). Skiers and snowboarders can head to the slopes at nearby Cerro Castor, which are open from June to October. 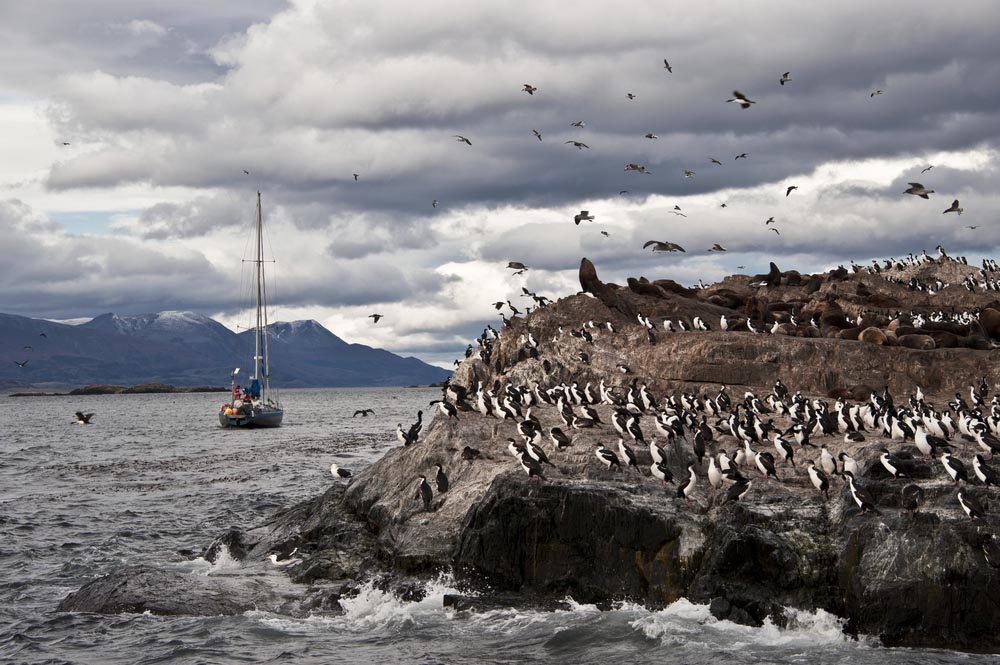 Alpine ambience in Bariloche and the Lake District

Gateway to Andean Patagonia, the town of San Carlos de Bariloche is Latin America’s answer to the Alps. Snowy mountains, alpine woodlands and crystal-clear lakes dominate the landscape, while Bariloche’s own Lago Nahuel Huapi is one of the seven lakes making up the beautiful Siete Lagos (Seven Lakes) circuit. A thrill seeker’s playground, the region’s range of outdoor activities include zip-lining through forests, and summer hiking at Cerro Catedral mountain, or skiing down its slopes during the winter. 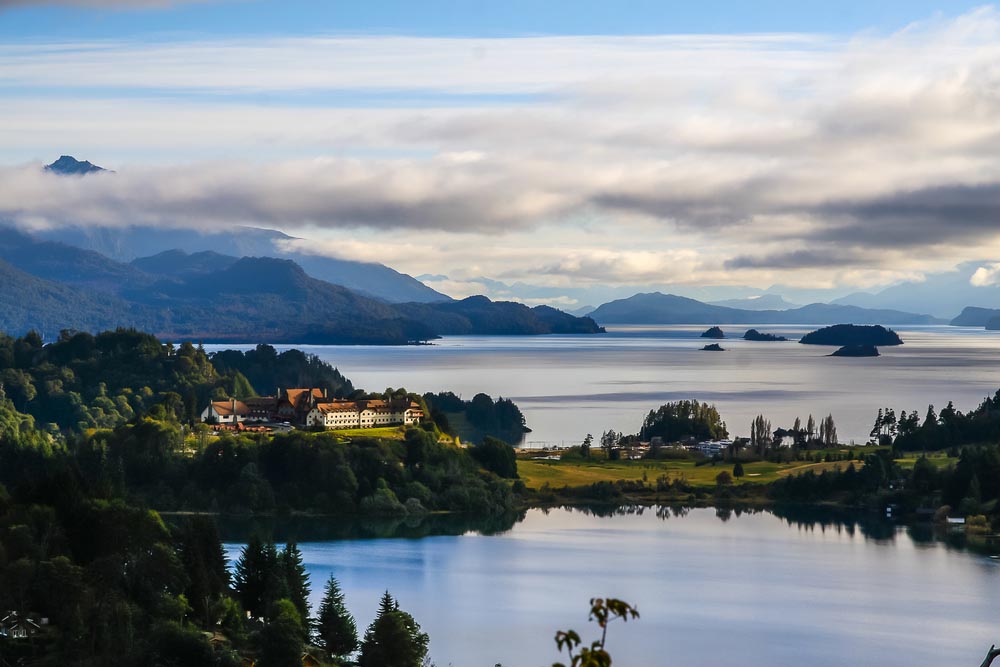 Ready to take a trip to Argentina?

Our local experts can organise fantastic trips to Argentina for you. To get started, simply get in touch to let us know your ideas for the trip and when you would like to travel. We will then create a personalized itinerary especially, which you can amend until you are completely happy with every detail before booking. You can browse our existing itineraries for inspiration, and keep in mind that they can be fully tailored to suit your own specific requirements.