South Africa continues to be a popular travel destination known for its diverse ecosystem and vibrant culture. It's also where adventure awaits. Here's how to embrace the daredevil inside you... 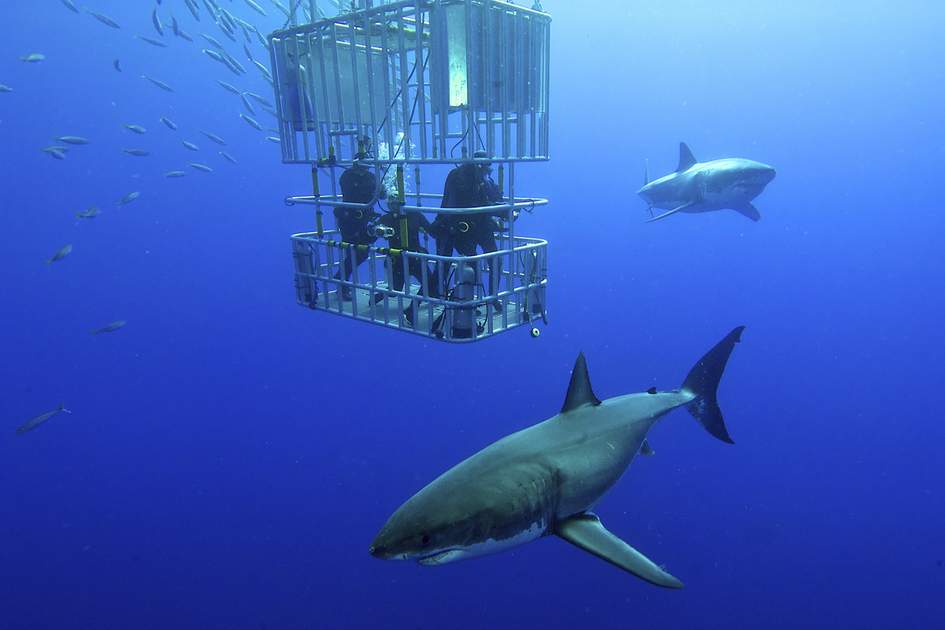 Known as the world's highest bungee jump from a bridge, this experience is not for the faint-hearted. Bloukrans Bridge is suspended 215 metres (710ft) above the beautiful Bloukrans River. Located on the unglamorously-sounding N2 Highway, between the Eastern Cape and Western Cape in the Tsitsikamma area of South Africa's Garden Route, jumpers are surrounded by a lush valley with a rushing river below.

Operating since the 1990s, this bridge is home to a number of bungee-jump records, including the oldest person to have completed a bungee jump (at the grand old age of 96!) and the world record for the most jumps in one hour (19, if you wanted to know). 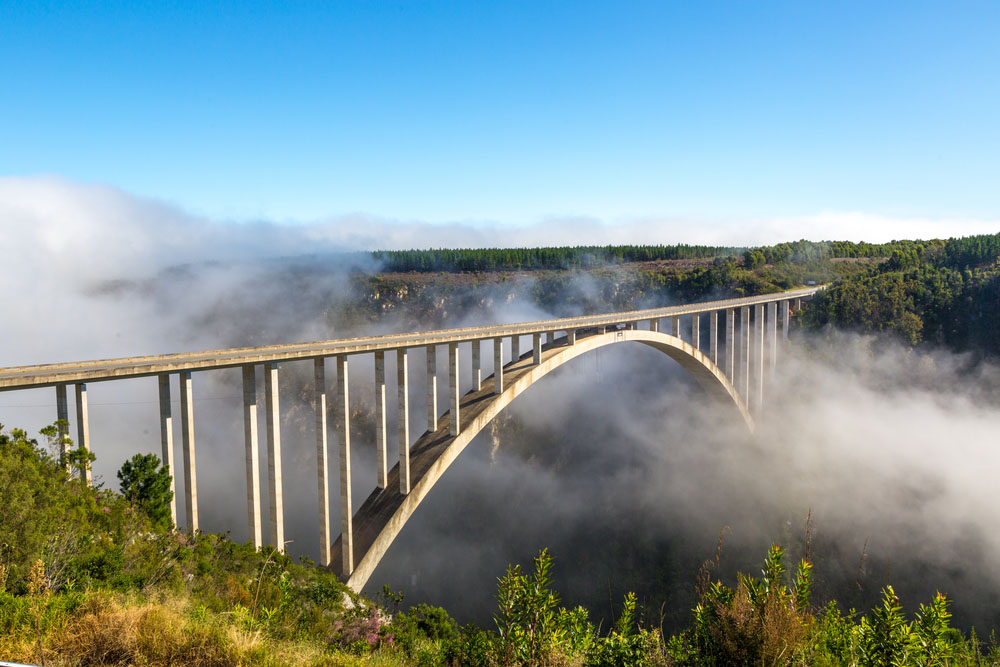 Mossel Bay, located on the Southern Cape of South Africa, is the place to experience the beauty of the impressive great white shark in its natural habitat. One of the area's many tour operators will take you out onto the ocean and lower you into the water, behind the protection of metal bars. For those brave enough to enter the deep blue sea, you won't need previous diving experience as the cage floats on the surface of the water. You will need plenty of courage, though. 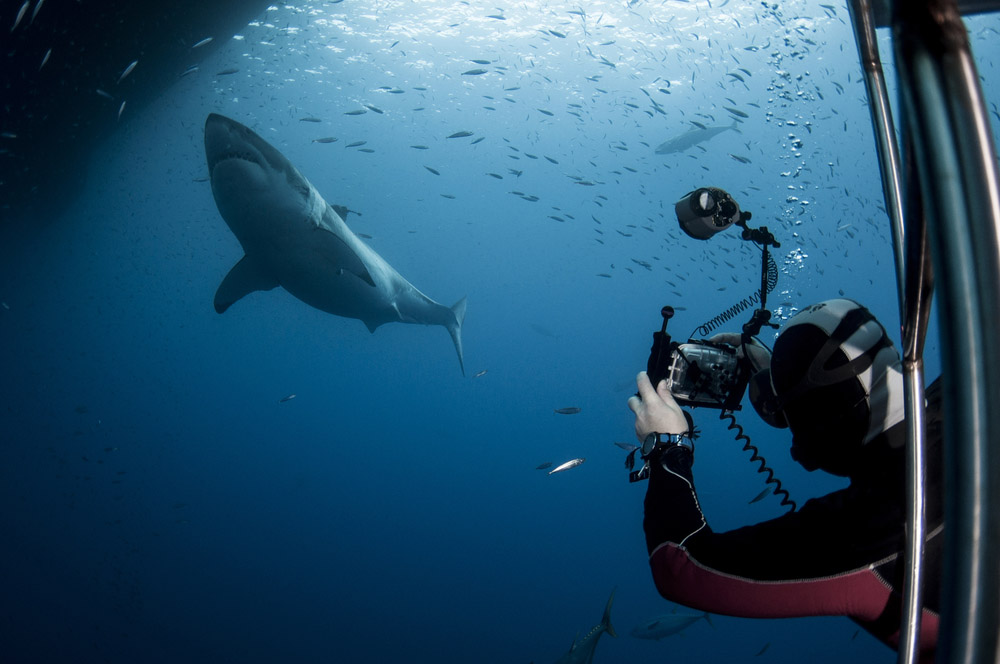 A diver snaps a photograph of the grand great white shark. Photo: Shutterstock

Another highlight for thrill-seekers is the white-water rafting on the Great Usutu River southeast of Manzini. The series of Grade I-IV rapids on this river stretch is probably the most challenging stretch of southern African white-water that can be safely tackled in unguided two-berth crocodile rafts.

Navigable all year through, the turbulent river runs through a starkly beautiful valley of black volcanic outcrops hemmed in by wooded hills, which also makes for an excellent location for abseiling. If your knees aren't knocking too much already... 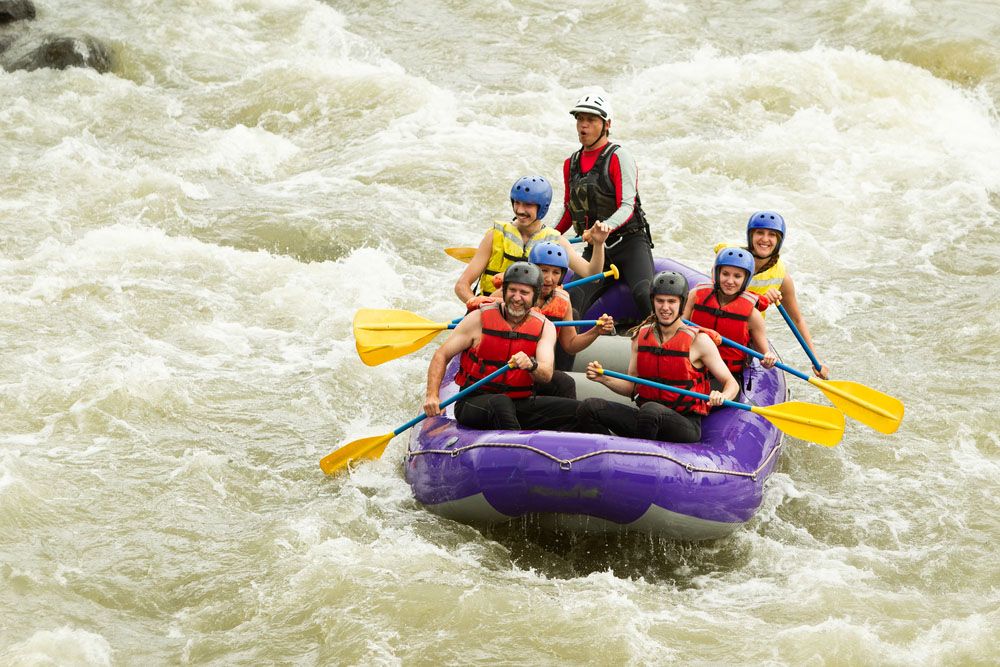 One of the most celebrated wilderness trails in South Africa, the Hluhluwe-iMfolozzi lets you experience exotic African wilderness first hand, and is the country's best place to spot rhinos. Take on a three-five day trek through the reserve, where you'll be accompanied by armed rangers who act as guides as you encounter over 360 bird species, elephants and even lions.

Established in 1957, the trail was the first of its kind in South Africa. To minimise the ecological impact of visitors to this unspoilt area, numbers are strictly controlled; booking ahead through KZN Wildlife is essential. 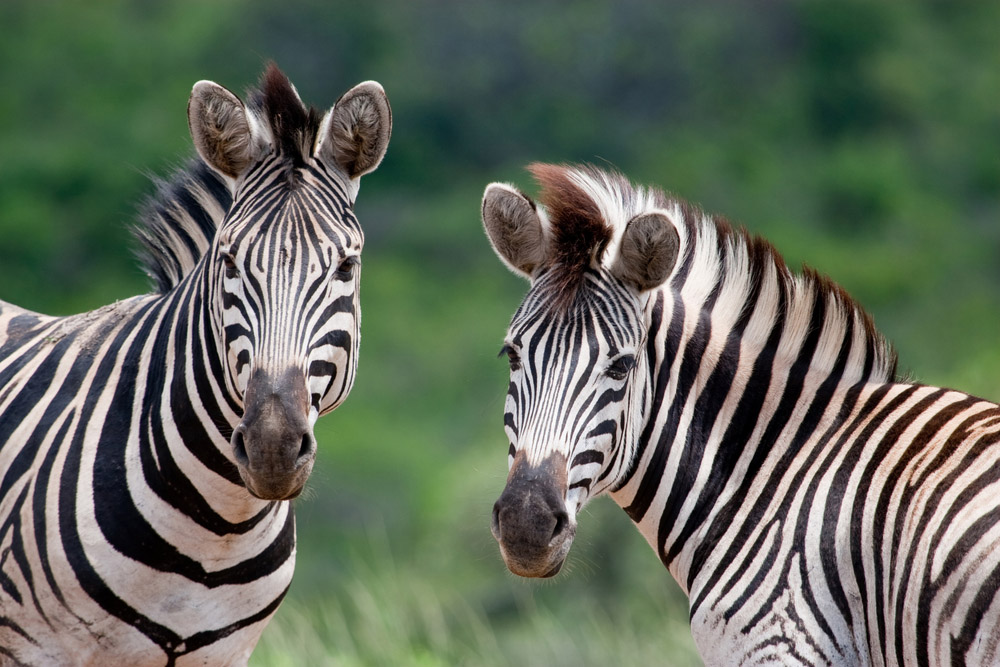 If coming face-to-face with Africa's biggest predators or swimming with sharks don't sound appealing, fear not. A trek through South Africa's scenic (fairly predator-free) nature may be more to your liking. The Otter Trail stretches along the coast of South Africa, and is widely popular with tourists for its views of the coast and local wildlife. The trek takes five days, with allocated resting huts along the way. Book in advance as only 12 people are allowed to start each day.

Take on the Otter Trail, or an adventure that suits you, with a tailormade trip to South Africa. Submit your trip requirements to our experts online now

Looking for a little more inspiration?

Get lost in a guidebook and discover more adventures: Insight Guides South Africa

Take on an alternative destination: 20 best places to go in 2016

Get you autumn travels planned now: Where to go in September, October, November

Words can't explain the experience I had. We started with Cape Town, then proceeded to Johannesburg, Kruger National Park, then Zimbabwe to see Victoria Falls, then Chobe National Park in Botswana, and we finished at the amazing beaches of Mozambique. I can't pick the favorite part of the trip because everything was so beautiful. Zorica was the one in charge of our trip and she made everything PERFECT. The communication with her was really easy going, but yet extremely professional.