The Anuradhapura Kingdom was the first ancient kingdom to be founded in Sri Lanka and dates as far back as 543 BC, but how much do you know about it? Don't miss these little-known secrets before taking your trip 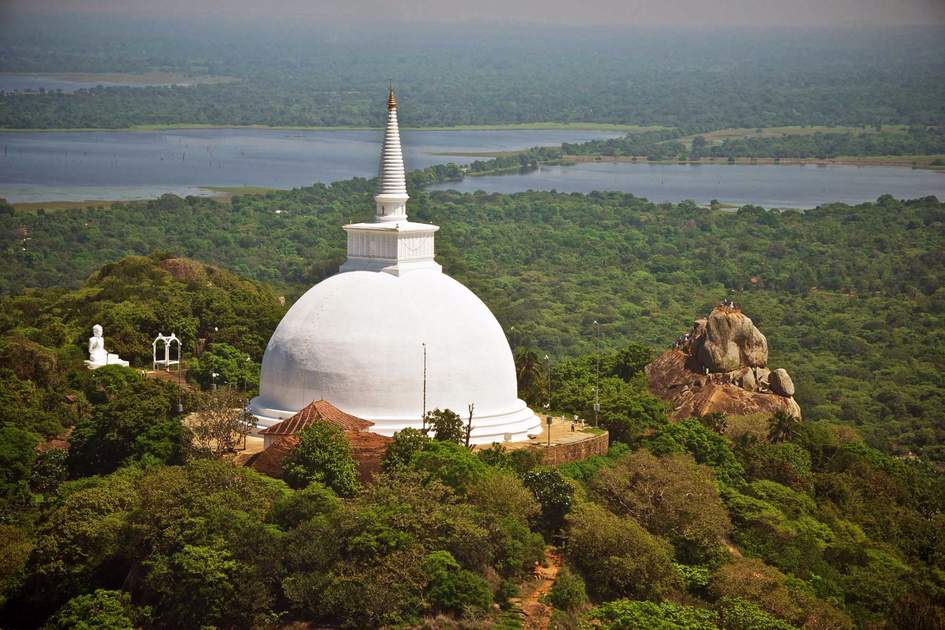 With its stunning ancient stupas and enchanting monasteries, the ancient Anuradhapura Kingdom is one of Sri Lanka's must-see sites. Here are five things you probably didn't know about it:

1. It was the first capital city of Sri Lanka

2. After this, it was abandoned for nearly one thousand years

In the years following 993 AD, the capital of Sri Lanka was moved to Polonnaruwa. Anuradhapura was deserted and lay in ruins for almost 1,000 years. It was not until 1870, when the British rediscovered it, that the repopulation of the city began. In 1980, UNESCO declared the city a World Heritage Site. Today, the city has a population of roughly 50,000 and is home to the headquarters of the Archaeological Survey of Ceylon.

3. It is home to what is thought to be the world’s oldest tree

The sacred fig tree under which Lord Buddha first attained enlightenment under Buddha Gaya in India is known as the Sri Maha Bodhi. In 288 BC, Sangamitta Thera, the daughter of Emperor Asoka, bought the right-hand branch of the Sri Maha Bodhi to Sri Lanka, under the guidance of Buddhist nuns and monks. King Devanampiya Tissa of Sri Lanka planted the branch in Mahamevnāwa Park and converted to Buddhism. Today, the Jaya Sri Maha Bodhi sacred fig tree grows from the branch of the original Sri Maha Bodhi, and is thought to be the oldest living tree on earth. On Insight Guides' Jaffna and Western Sri Lanka holiday, you will tour the kingdom (including a visit to see this sacred tree) with a local expert. 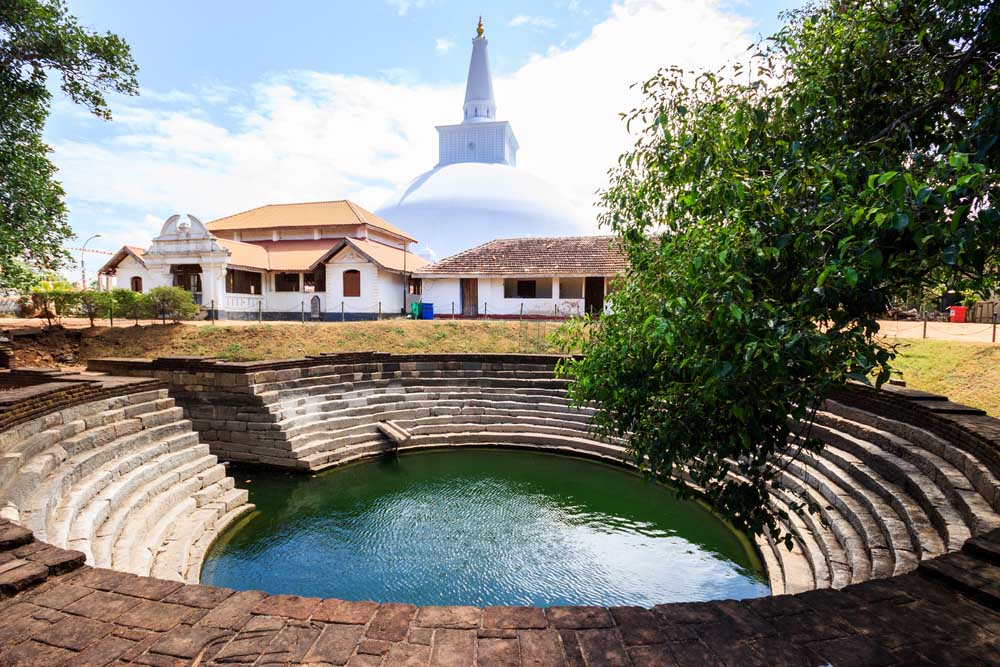 4. It appears on Ptolemy’s world map

The Anuradhapura Kingdom appears on Ptolemy’s world map, one of the oldest maps known to man. The map was made in the 2nd century and was based on writings from Claudius Ptolemy’s book, Geography, which in turn, was compiled from a series of earlier manuscripts that date back to 300 BC. Significantly, Ptolemy’s map was the first map in history to make use of both latitudinal and longitudinal lines. Made long before the discovery of America, the map features just three continents: Europe, Asia and Africa.

5. It's home to the most complex irrigation systems discovered in the ancient world

Due to Sri Lanka’s dry climate, rain-fed cultivation of crops presented a problem and threatened the kingdom’s existence and prosperity. To solve this issue, the rulers of the Anuradhapura Kingdom embarked on an ambitious project to construct a complex network of reservoirs and canals. The reservoirs were designed to collect and store rainwater, and then move it through a complex drainage system to different parts of the kingdom, allowing crops and rice paddies to flourish. Today, Anuradhapura is home to some of the oldest and largest reservoirs in the world. The Kala Wela, for example, is almost four miles long and linked to other parts of the kingdom by a 54-mile-long canal with a gradual slope of one foot in each mile. Explore the ancient ruins at length at the beginning of Insight Guides Perfectly Sri Lanka holiday; review the full itinerary online now.

Ready to take your trip to explore Anuradhapura?

Browse trips to Sri Lanka online now (we can add a day or two exploring the world-famous city to these ready-made itineraries). Alternatively, speak to a local expert today to design your holiday from scratch

We have loved our tour and Ranji has made it effortless and very enjoyable. We thank him, and your company for organizing such a fantastic trip fr us. We look forward to coming back!

Today is my last day in a 7day tour. It was way better than we expected, as a matter of fact it was awesome. I went with my wife and 3 kids aged 3.5, 7 and 11. Went to Sigiriya, Kandy and now spending our last night in Colombo. The whole itinerary was organized by them, all I did was tell them what our preferences are and left it to them to plan.