Italy's best dishes and their origins

For the people of Italy, enjoying a delicious meal is a celebration of life itself – less of man’s art than of nature’s bountiful providence. Here is our selection of the finest Italian culinary delights and a look at where exactly they come from. 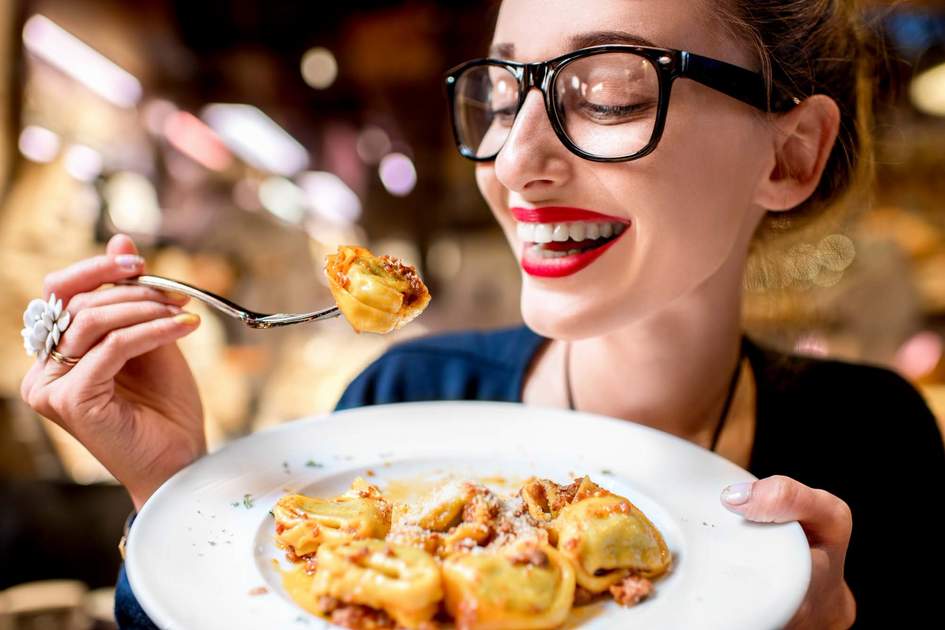 Tortellini and ragu from Bologna

Bologna, the capital of Italian cuisine, relishes its reputation as ‘the fat’ (la grassa), but foodies regard its stuffed pasta as supremely rich rather than fattening. Bologna also claims mortadella, a classic cold cut, as well as meaty ragu, the true Bolognese sauce, rather than the bastardised versions served abroad.

Bologna is the home of tortellini, rose bud-shaped pasta filled with spinach and ricotta cheese. ‘If the first father of the human race was lost for an apple, what would he not have done for a plate of tortellini?’ goes a local saying. Legends about tortellini’s origins abound. One version gives credit to a young cook of a wealthy Bolognese merchant who modelled the curiously shaped pasta on the navel of his master’s wife, whom he had seen sleeping naked. 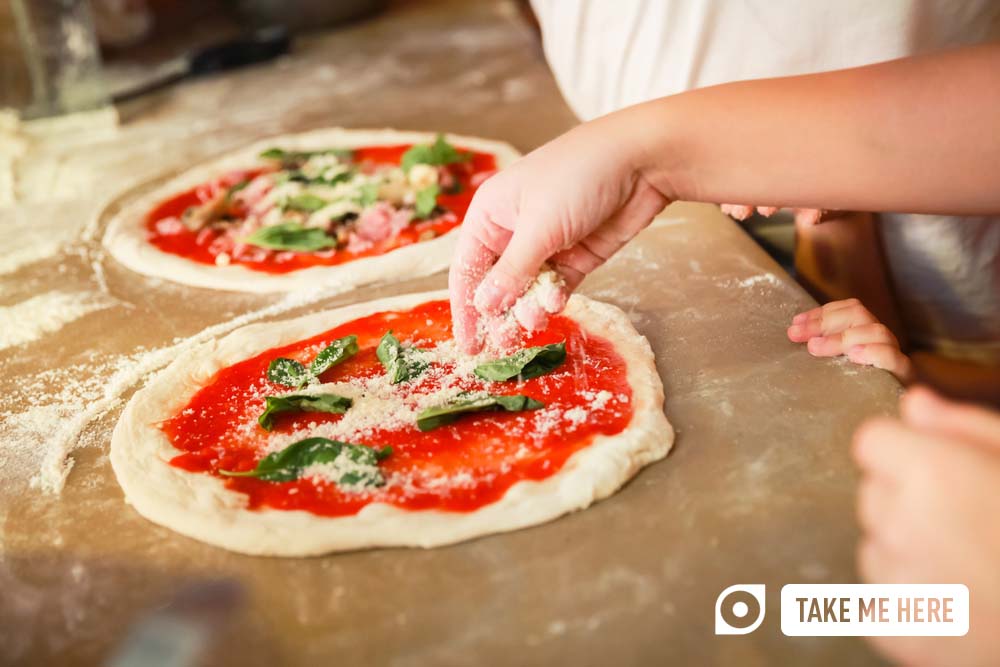 Lombardy produces more rice than any other European region, and the famous risotto alla Milanese, seasoned with saffron, does justice to the native grain, which is ideally suite to slow cooking. Variations on risotto include risotto nero, in which the rice is coloured black by cuttlefish ink. Another way to transform a risotto is to shave a little truffle over the top.

Parmesan and Parma ham from Parma

It is in Emilia Romagna – the culinary region par excellence – that you’ll find both Parma ham and Parmesan cheese. Try Parma ham as a starter (antipasto), sliced into water-thin slivers for eating with bread, melons or figs; and end your meal, perhaps with shavings of superior Parmigiano-Reggiano, partnered with apples, pears or just a good red wine. Parmesan is sold as young (under 18 months), medium (18–24 months) or mature (24–36 months). 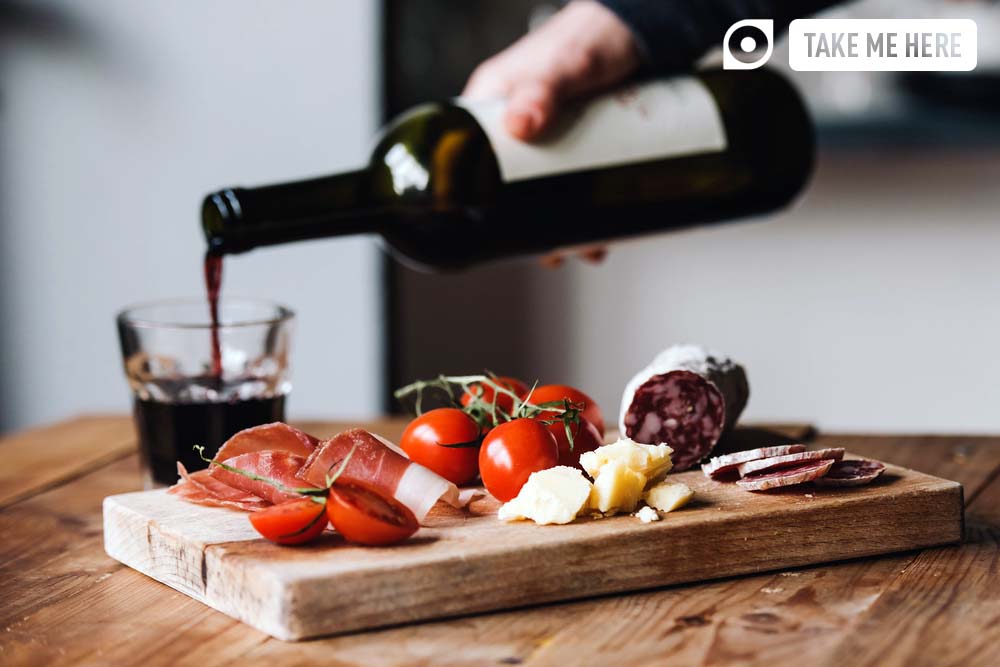 Rome’s cuisine comes nearest to that associated with feasting. Suckling pigs and suckling lambs are mouth-watering specialities. The justly famous salminbocca alla romana (a thin slice of veal wrapped around a slice of prosciutto and a sage leaf, browned in butter and simmered in white wine) lives up to its name – ‘jump into the mouth’. Romans also thrive on gnocchi – feathery dumplings incorporating butter, eggs, nutmeg and Parmesan – while their poor relation, polenta, made from yellow maize flour, is popular in the Veneto and Trentino.

Italy abounds in foodie feasts, but the finely grated truffles transform the simplest dish into a sensation that some Piedmontese say is better than sex. The best white truffles are found in this area of Piedmont, where they are sniffed out by specially trained dogs; white and black truffles are also found in Tuscany, while black truffles are associated with Umbria.

Bread, eaten without butter, accompanies most meals, and comes in myriad varieties. Specialty breads include focaccia, a flat bread drizzled with olive oil and sprinkled with salt, or topped with olives or onions. Sardinia is noted for its carta da musica (music-paper bread), a wafer-thin unleavened bread, which is crunchy and long-lasting. Shepherds traditionally took it with them on long expeditions into the hills with their flocks. 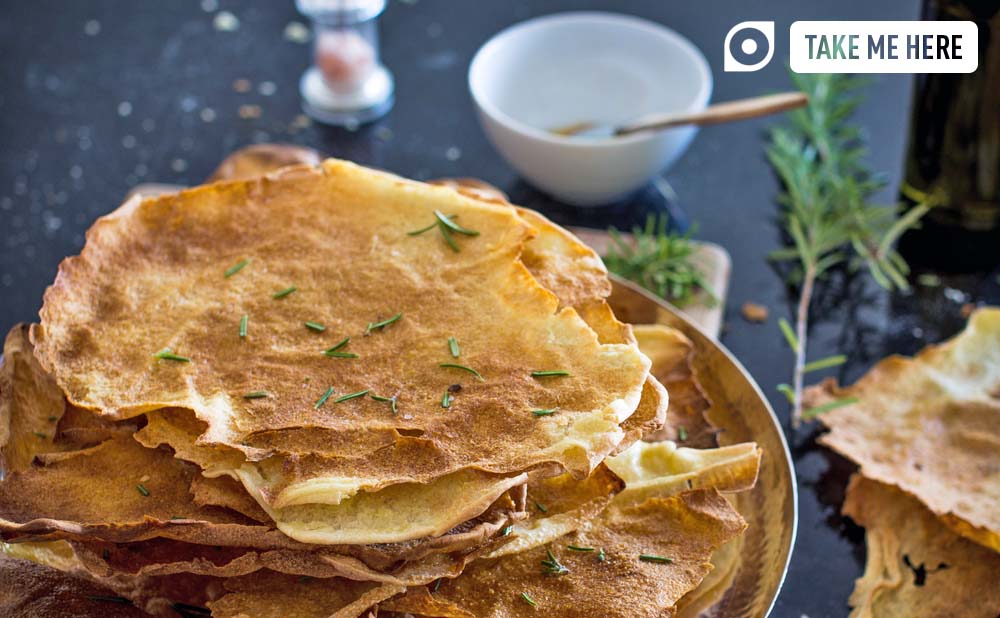 Modena guards the secrets of its renowned vinegar, aceto balsamico. In its prized (and pricey) artisanal version, it bears no resemblance to the industrial slime often found in supermarkets. It is made from sweet grape juice, boiled slowly and reduced to syrup, mixed with vinegar and then aged in wooden casks for many years. A few drops transforms a salad, but it can even be drizzled over fresh berries or ice cream.

In the 9th century, the Arabs invaded Italy, introducing Eastern sherbets and sorbets, originally served between courses to cleanse the palate. Sicily, where Arab influence was most entrenched, is still noted for its sorbets and sumptuous sweets, including cassata Siciliana, a sweet sponge filled with ricotta cheese or pistachio cream and decorated with candied fruit. 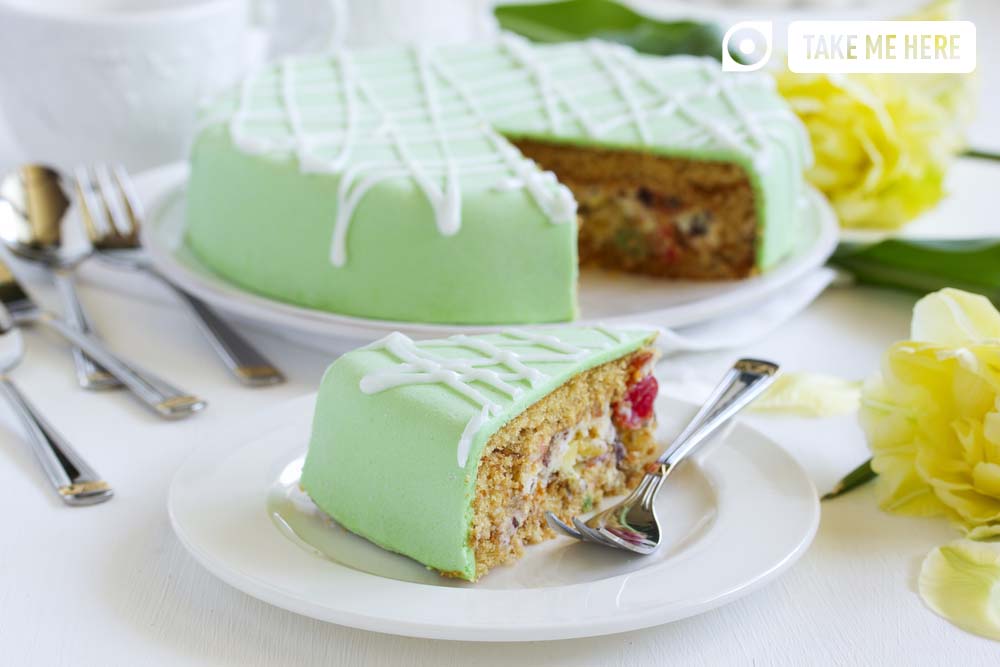 Anchovies and sardines are classic Mediterranean fish. Pasta con sarde, a speciality of Palermo, is pasta with a sauce of wild fennel, pine nuts, raisins and fried sardines.

Tuscany’s Chianina cattle are alabaster in colour and grow to weigh up to 1,800kg (4,000lbs). Chianina beef is used to best advantage in bistecca alla Fiorentina – a recipe in which the steak is marinated in a little olive oil, wine vinegar and garlic, then rapidly grilled. Lamb and kid are popular versions in hilly regions.

Ready to take a trip to Italy?

Insight Guides can help you plan and book incredible trips to Italy. Simply get in touch to let us know your ideas for the trip and when you would like to travel. Our local experts will then create a personalised itinerary especially, which you can amend until it's exactly how you want it. You can browse our Italian itineraries for inspiration, and keep in mind that they can all be tailored to suit your specific requirements.