Life in Lapland – the Sami people

The Sami of northern Scandinavia are a hardy semi-nomadic people with a distinct culture that remains an emblematic example of the struggle of indigenous peoples as they move towards modernisation. Here we take a look at life in Lapland for the Sami people. 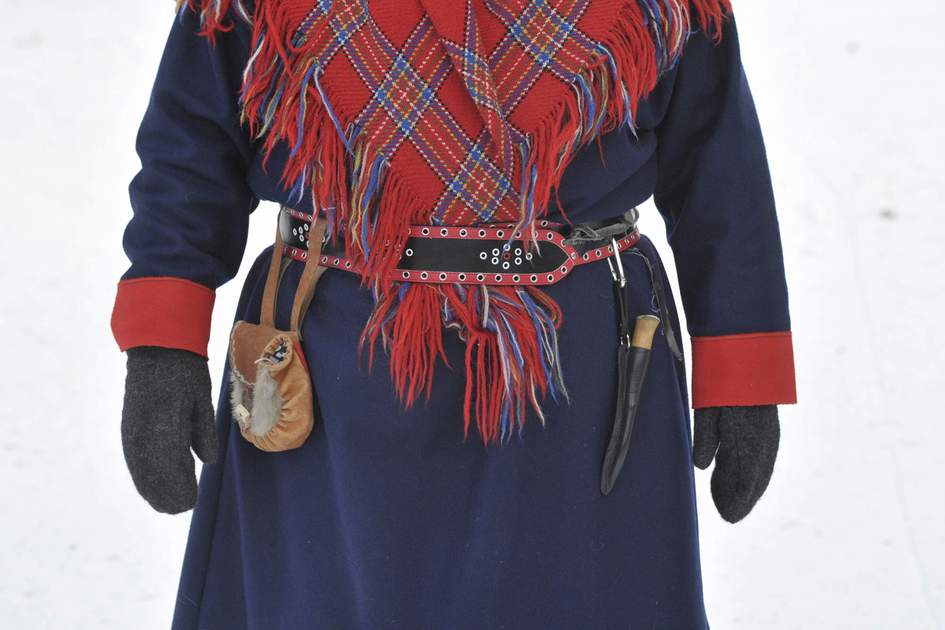 The indigenous Sami people who live in Finland, Norway and Sweden’s most northerly provinces have their own language, religious traditions and customs, and can trace their heritage back for thousands of years. Place names in central and southern Finland suggest that Sami communities thrived here until the Middle Ages. But as Finnish settlers moved in, so the Sami moved ever northwards. In Finland today there are around 9,000 Finnish Sami, concentrated in northern Lapland.

Land of the midnight sun

The Sami home in Lapland is Finland’s northernmost province which covers nearly a third of the country’s total area, most of which is north of the Arctic Circle. Away from the few scattered towns and communities, its extraordinary wilderness beauty encompasses extensive swamps and conifer forests rising in the far north to bareheaded fells, all laced by swift-flowing rivers and peppered with lakes and pools.

Depending on location (and cloud cover), midnight sun is visible here for up to 70 summer days. In winter, there is an almost equivalent sunless period, tempered at times by the shimmering veils of the Northern Lights. 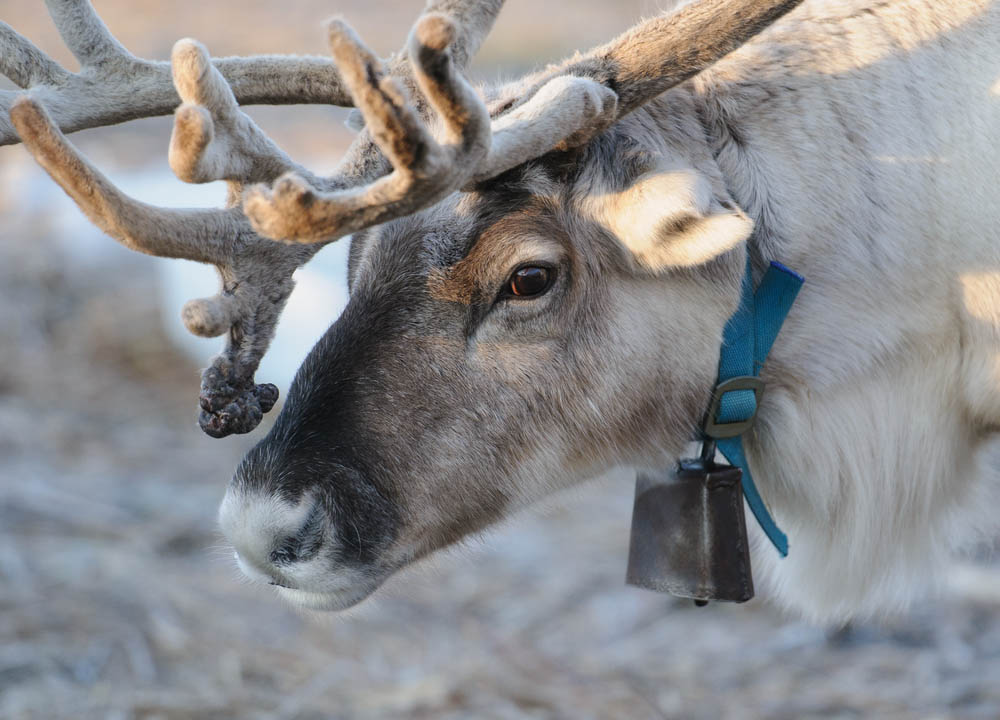 The nomadic lifestyle of the Sami people in Norway and Sweden has never been so widely practised among the predominantly Forest Sami of Finland’s Lapland. An economy based on hunting and fishing evolved into one dominated by reindeer husbandry as wild herds became semi-domesticated. Early on, many Sami adopted the more settled life of the Finns, keeping cattle and cultivating oats and potatoes, the only crops viable in the region. In reverse, many Finns have opted for the reindeer economy.

The docile reindeer has always been crucially important to the Sami: its skin has contributed to bedding and winter clothing, while its antlers have been the raw materials for tools and utensils. It has also provided a major means of transport, hauling sledges across the winter snow, only recently replaced by motorised snowmobiles. Even today, the annual cycle of the reindeer – rutting, herding, separating, slaughtering, calving – moulds the north Lapland calendar. The reindeer round-ups here, when herds are brought together and animals are counted and grouped for breeding or slaughter, are among Europe’s most colourful events, resembling scenes from a Wild West film transposed to an Arctic setting. Visitors are welcome to attend these gatherings, and can also experience the community’s culture at events such as the annual Music Festival of Indigenous Peoples, Ijahis idja (16–17 August, 2019), held in Inari, where a visit to the Siida museum of Sami culture is a must.

Shamanist beliefs rooted in the power of nature were integral to early Sami culture. Everything, it was believed, living or inanimate, had a soul and the spiritual world was as real as the material one. The wise man (noaide) was skilled in crossing from one world to the other, achieving a state of ecstasy with his magic drum and entering the spirit world. 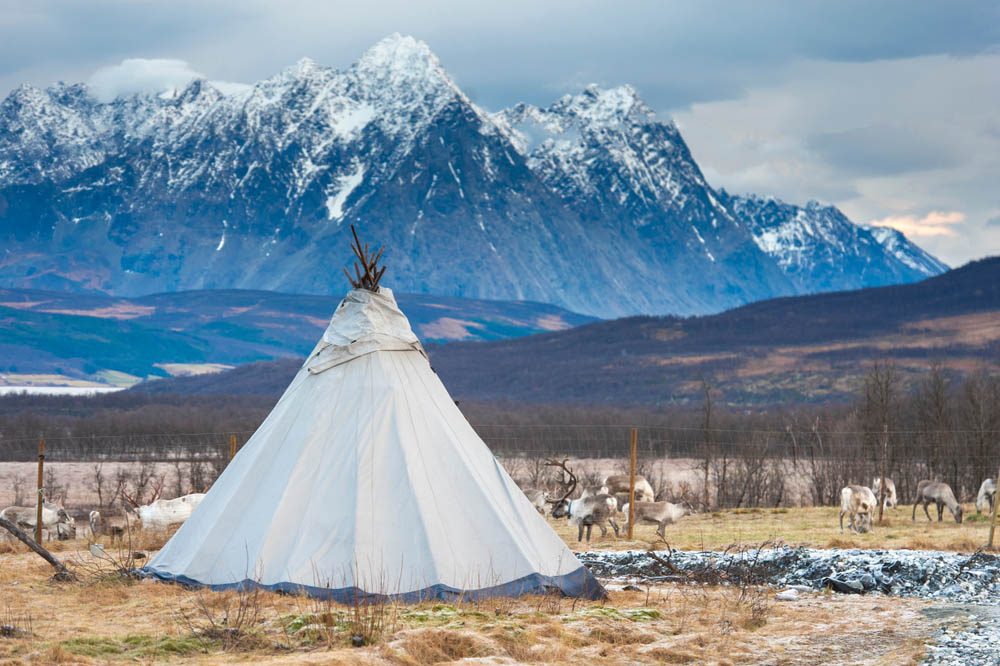 Rebuilding following the devastation of World War II marked the beginning of changes that have altered Lapland for ever. Since 1945, the region's population has increased to 183,000 (predominantly Finns), though in such a vast area this is hardly overcrowded: the population density is just 1.8 people per square kilometre.

The administrative capital of Rovaniemi has expanded to take in a surrounding sprawl of light industry, while a new and improved road network penetrates regions previously only accessible by foot or ski. Rivers, including the Kemi, have been tamed for their hydroelectric power. And a trickle of visitors has grown into a steady stream, spawning a whole range of facilities. Perhaps most importantly, the introduction of snowmobiles and motorbikes into Sami culture has for ever altered Sami patterns of settlement and nomadism, as well as the day-to-day lives of families and individual herders.

For the Sami, modernisation has brought mixed blessings, putting pressure on a fragile social structure and an ecosystem already under threat. However, the many recent changes in the Samis’ world have also triggered a greater awareness of their own identity. 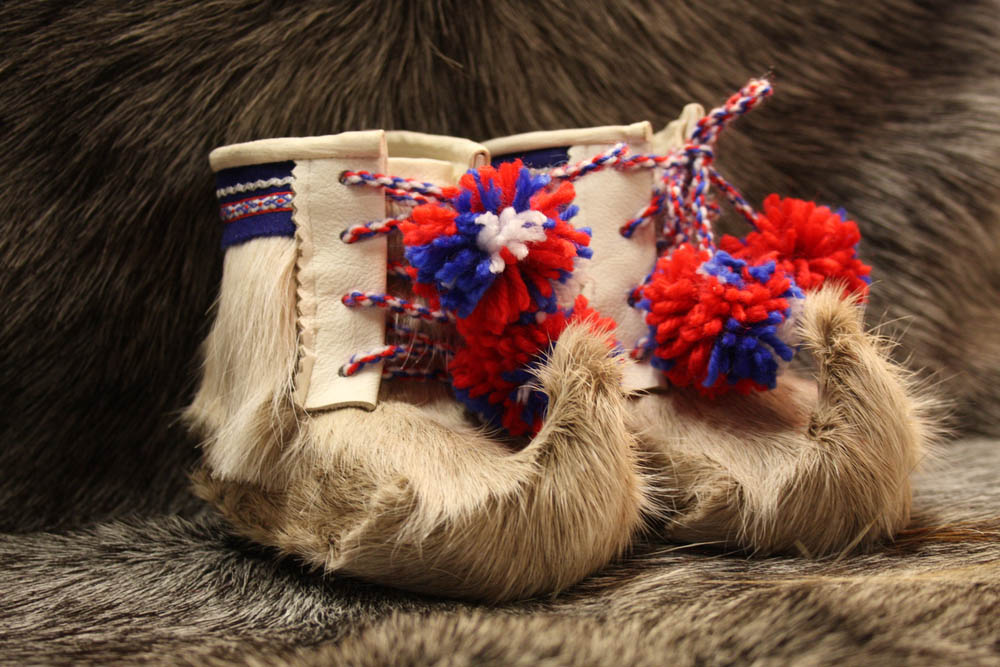 Ready to take a trip to Finnish Lapland?

Simply get in touch with us to share your ideas for the trip and let us know when you would like to travel. Our local experts will then create a tailor-made itinerary based on your personal preferences, which you can amend until you're completely happy with every detail before booking. Our existing Finland itinerary can offer inspiration, and keep in mind that it can be tailored to meet your own specific requirements.