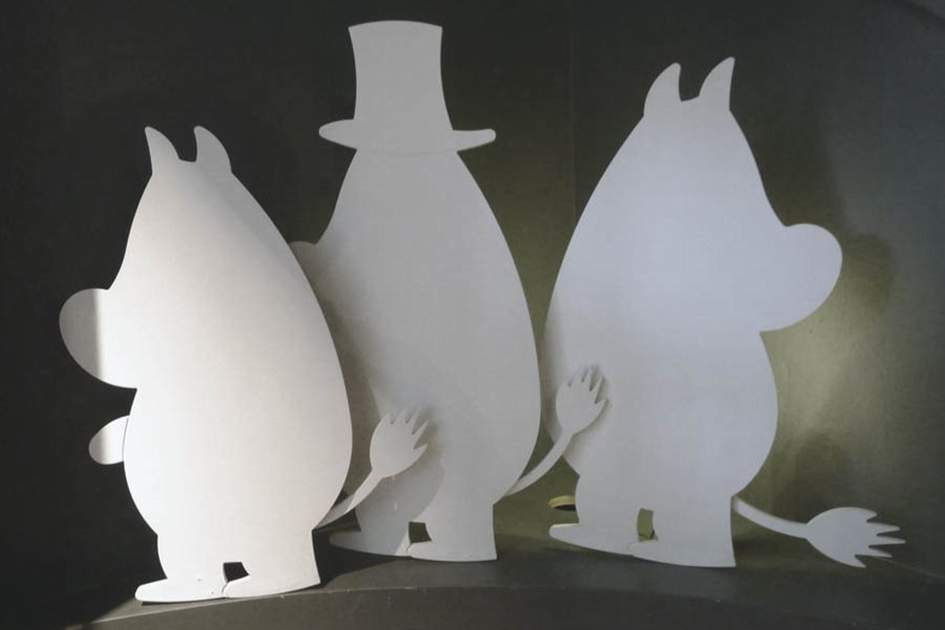 The Moomins, a Finnish icon

At first sight Tove Jansson’s Moomin books seem like storybooks to buy children as gifts. But the mystical fairytale world of mighty nature and ever-changing seasons inspire even die-hard realists.

Tove Jansson (1914–2001) was born to an artistic family – both brothers are artists and writers. A diminutive Swedish-speaking woman, meek to the point of humility, Jansson lived much of her life in seclusion with her female partner on a small island off Finland's southern coast. Here Jansson created another world like C.S. Lewis and J.R.R. Tolkien. 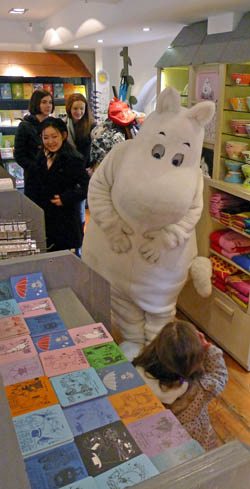 And like the works of Lewis and Tolkien, Moomin books appeal to both children and adults. Younger readers may be more attracted the books’ imaginary worlds and colourful illustrations, while older readers enjoy Jansson’s basic philosophy of acceptance, a quest for space and solitude. Some titles, in fact, may be too advanced for children, but raise many questions in adults.

The books are all led by the Moomin family characters. The bohemian Moominmamma takes care of everything, while Moominpappa is a philosopher, who writes his memoirs and becomes active only when it’s time to explore the unknown. The Moomin house is always open to adopted children and strange creatures that seem to appear from the valley. Love and tolerance reign; difference is always accepted. There are no wars, no alcohol is consumed and nothing threatens the idyll except natural phenomena.

Each character is a sensitively illustrated personality, so every reader will identify with at least one of them. Children fear the monstrous Groke who only appears in winter. He is cold as winter and no one wants to be near him. But even he has human qualities – poor lonely Groke suffers greatly while missing contact with just about anyone. Little Myis an adventurous girl, who, along with Moomintroll, is perhaps Tove Jansson’s own alter ego. Snufkin is a world traveller who prefers wandering alone. Snitt is a coward; the Fillyjonk is a neurotic pedant. Hemulen is an absent-minded botanist and Snork an engineer who does little else than design a light aeroplane. The Snork Maiden, Snork’s sister, is extremely feminine. The strange, worm-like electric creatures Hattifatteners represent foreigners, with whom communication is possible if not easy. All these characters lend themselves to fine psychological drama.

The Moomin life pauses for hibernation when the winter comes, and is reborn at the thaw when Snufkin returns from his world travels, except when the magical winter is brought to life in Moominland Midwinter. These unpretentious little books have conquered the world, having been translated into over 30 languages, though

they never quite caught on in the US, a fate which also befell most Tin Tin titles. In Finland, there is the Moomin-world in Naantali, the Moomin Museum in Tampere and yet another theme park being planned – of all places – in Hawaii. The Japanese love the Moomin figures, and a TV cartoon series was produced in co-operation with a Japanese company. Finnair has had Moomin figures painted on aeroplanes flying to Japan, and Finnair’s flight attendants sell enormous quantities of Moomin paraphernalia to travellers. Be cautious that the commercialised Moomins are not always entirely faithful to the originals. 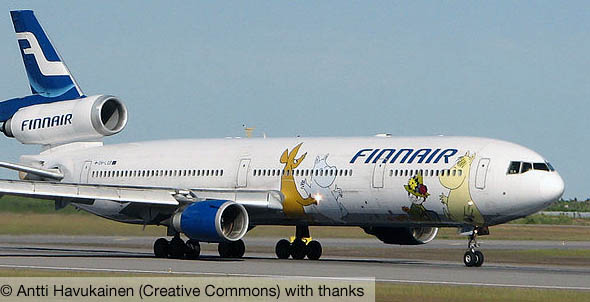 Though Jansson’s world was based around the village at Pellinki, south of Porvoo, a modern Moominworld theme park recreates the stories at Naantali, near Turku.