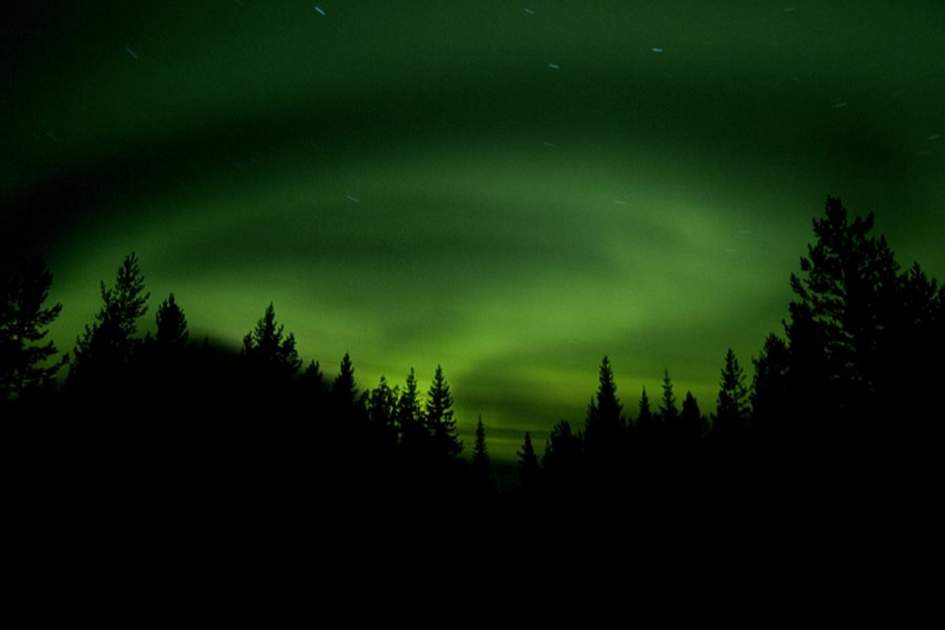 Our Berlitz Language editor, Kate, recounts her experiences of staying in Swedish Lapland where she hoped to catch sight of the mysterious and alluring natural light phenomena that is the Aurora Borealis.

The Northern Lights lure thousands of holiday-makers each and every year. They offer the chance to witness something spectacular and almost otherworldly; a visit to a magical wonderland, a foray into the unknown, a trip to a pure and unpolluted land (a novelty in itself when setting out from the streets of London).

So with all these wonderful ideals in mind, we packed our warmest gear, and set forth from bustling Heathrow on our very own expedition to Swedish Lapland.

On arrival at Kiruna Airport we were met with bracingly cold weather (-15ºC) and snow everywhere. A moody and dense darkness permeated the early evening, but there was a palpable buzz of excitement in the air, with eager eyes peering into the blackness, desperate for a first glimpse of the Northern Lights. And so we set forth on the first leg of our adventure, in a rather unglamorous coach, to Jukkasjärvi - a strangely remote town only 30 minutes away, home to a mere 600 or so residents, and most notably, the ICE Hotel.

The ICE Hotel in itself is a unique experience and, dashing about from one building to the next, it’s almost hard to remember to check the sky for a sighting of the Northern Lights. Our first night was in toasty warm accommodation; which was a comfortable way to settle in.

Our stay the next night was really (and quite literally) cool, and was definitely an experience not to be missed. The bar was great fun too – I won’t say more, as not quite knowing what to expect merely adds to the fun.

For dinner, there was a choice of two local restaurants, one a few metres from the ICE Hotel and another, a good snowy trek down the almost traffic-less main road. The menu in both proved to be exciting, heavy on dishes featuring fish, reindeer and elk. 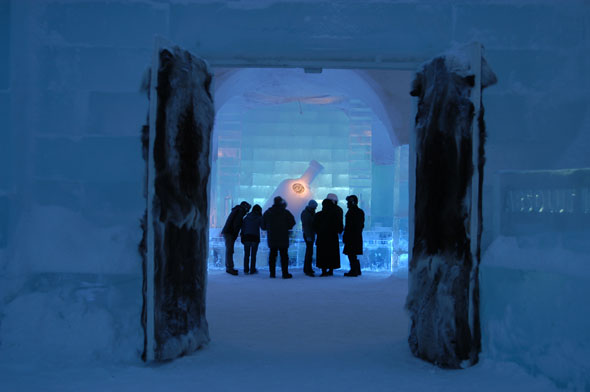 By day three, however, we had not seen even a tiny smattering of Mother Nature’s light show (the projected show onto the ceiling of our ICE Hotel room didn’t count, impressive as it was), so it was with added fervour that we checked out of Jukkasjärvi for our wilderness safari.

We were collected and taken to a camp to go dog-sledding. It’s hard to describe how amazing this was – the almost continuous dusk-like state and muted natural light while being whisked along tracks through the snow was magical, and the sheer remoteness and beauty of the surroundings really became apparent.

It was in darkness that we arrived at camp on our last night, high on adrenalin from our sledding. Sadly, the Aurora Borealis was nowhere to be seen, but, strangely, this didn’t dampen our spirits. And that's because this place is spectacular – it leaves with you a hankering for more, a silent promise to return, and the hopeful wish that next time you just might catch that mysterious light show.

Photographing the Northern Lights - our guide

As with most night- and astro-photography, the biggest hindrance to a great photograph is light pollution. Fortunately, the further north you travel, the environment is less inhabited, so it becomes less of a problem. You should set up for the photographs as far from streetlights or car headlights as possible. Try to position yourself to the north...