Hard-copy manga may be declining, but the image-powered entertainment, combining narrative, humour, stylised violence and sexuality, has made a natural transition to computer tablets and mobile phones... which comes as good news during the coronavirus pandemic. 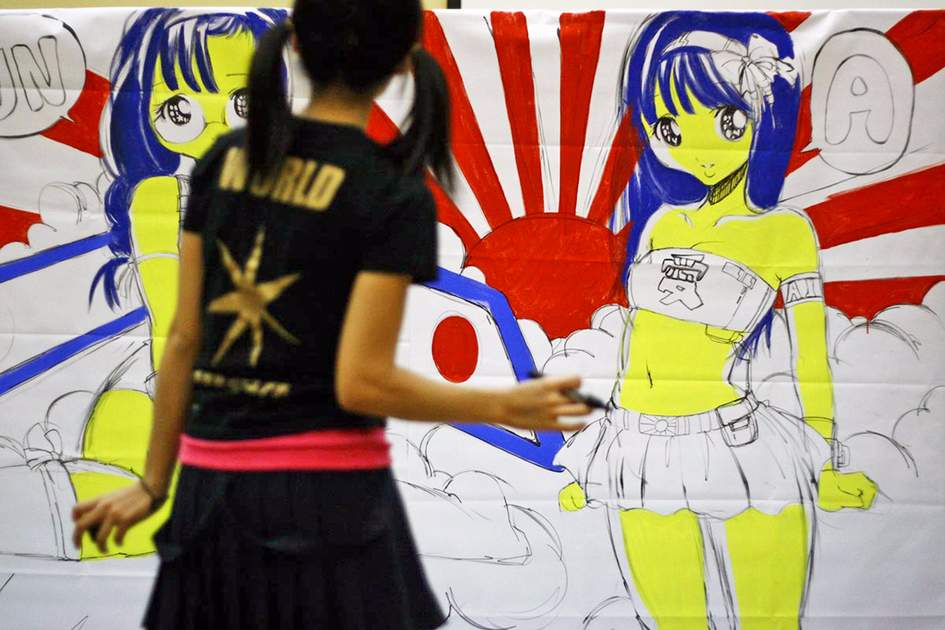 The term 'manga' covers magazine and newspaper cartoons, comic strips, comic books and digitalised formats. Like all cultural forms it has its historical antecedents. Comic drawings and caricatures have been found in the 7th-century temple complex of Horyu-ji in Ikaruga; in Toshodai-ji, an 8th-century Buddhist temple in Nara; and in the ancient scroll drawing called Choji Jinbutsu Giga, in which creatures satirise the aristocracy and clergy of the time.

The master woodblock artist Hokusai is credited with coining the expression 'manga' to describe a form of adult storybook popular in the Edo Period (1600–1868). The popularity of newspapers and magazines during the Taisho Period (1912–26) saw the dissemination of cartoons by popular illustrations such as Okamoto Ippei. Artist, Osamu Tezuka, is recognised as the 'father of manga'. Tezuka brought film techniques like panning, close-ups and jump cuts to manga, but is also credited with creating the unique look of Japanese manga, its characters un-Japanese in appearance. From the early Astro Boy, Tezuka went on to explore more complex themes in Black Jack, about a brilliant unlicensed surgeon, and Adorufu ni Tsugu (Tell Adolf), which examined anti-Semitism.

More recent works, like Dragon Ball by Toriyama Akira, Naruto by Kishimoto Masashi or Oda Eiichiro's One Piece, all of whose total circulation runs into several hundred million copies, have been adapted into anime TV series and/or internationally marketable anime films. Ongoing One Piece is reportedly the best selling manga of all time.

It's almost impossible in Japan to avoid the manga-influenced cute and cartoonish, manifest in advertising, company and city mascots, stuffed animals and cos-play events, where young people dress up as their favourite characters. British architect Richard Rogers commented, 'Tokyo's coming more and more to resemble an adult KiddyLand.' 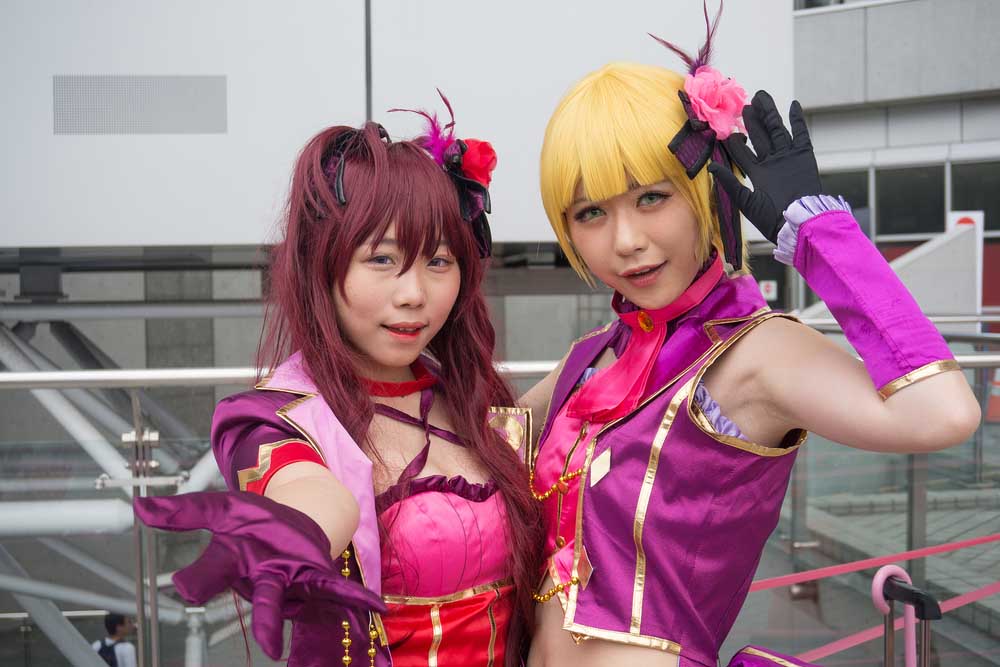 Manga appeals to all age groups and sexes. The late prime minister, Hashimoto Ryutaro, is said to have enjoyed quiet evenings at home with his wife reading manga. Though the appeal is broad, categories exist. Shonen (young boys') magazines often feature noble crusades or quests to win the heart of a seemingly unobtainable girl, while Shoji (young girls') comics take a look at human relationships, often blurring gender lines.

Today's manga includes a range of subjects from flower arranging to 'how-to' approaches to social relations, to abridged versions of classics like The Tale of Genji. Manga is often used to explain and simplify complex subjects like international finance. A special genre known as benkyo-manga, or 'study comics', is aimed at students. Needless to say, manga is a massive, multi-billion yen business, and successful illustrators have achieved the celebrity status of TV talents and pop idoru (idols).

Because the manga style is so pervasive, it has influenced advertising, graphic and book design, and the appearance of the internet. Manga magazines, in fact, are decreasing in sales as the stories are effortlessly downloaded onto more convenient handset of a mobile phone. As Donald Richie has said in his book The Image Factory, 'Eyes that were once glued to the page are now pasted to the palm of the hand.' And with people spending more time at home while countries tackle coronavirus the world over, this could be the perfect time to get acquainted with manga.

Talk to Joy to create a holiday to Japan suited based on your exact interests: submit a trip enquiry online now

Read more: Take in Tokyo's top 10 things to do

Modern vs. Traditional: How to experience the best of both worlds on your trip to Japan

City shopping guide: how to bag a bargain in Tokyo