River cruising on the Danube: Vienna, Bratislava and Budapest 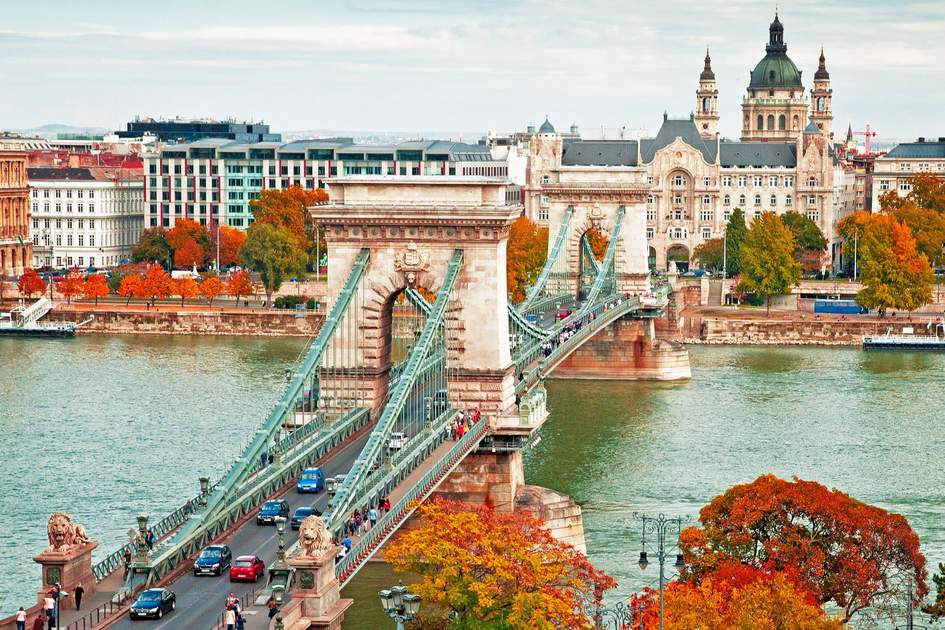 In the second part of his blog, Jeff Titelius tells us about his Viking river cruise trip along the most famous section of the Danube River: the stretch including the glorious cities of Vienna, Bratislava and Budapest. You can read the first part of Jeff's journey here.

This majestic waterway has long been a powerful transportation route and is a perennial favourite for river cruises. The Danube has shaped the history of central Europe over many centuries, as an important transportation route and economic lifeline between the heart of Europe and the Balkans, although, commercially, it is less busy than the Rhine (Rhein). It has halted armies at its banks and been the inspiration for musical serenades, interludes and waltzes. Yet despite Johann Strauss’s famous Blue Danube waltz, the river, its bed thick with sediment, is actually a murky brown, not blue – although some claim that it can have an azure sheen in the spring and autumn sunshine.

A river cruise of discovery through Europe - part 2

We awoke on Day 5 in Vienna and began our day with a walking tour to see the best of the Austrian capital city—home to the symphonic sounds of the Strauss family. Among the sights not to be missed are the exquisite Golden Hall, home to Vienna Philharmonic Orchestra; the magnificent Schönbrunn Palace, former summer residence of the Habsburgs and just a short ride from the city center; the Hofburg Imperial Palace and adjacent Spanish Riding School—among many more. After our morning tour, we explored the remarkable Saint Stephen's Cathedral and climbed up the 343 steps of its south tower for the most stunning views of Vienna.

Later, we boarded the public transit to one of the places I most wanted to visit—the sprawling Baroque Belvedere Palace and Gardens built in the 18th century for Prince Eugene of Savoy. Today, it's home to remarkable interiors of marble statues, a museum where you'll find Klimt's The Kiss and the manicured gardens just outside the palace. Finally, we ended our day with a stop at Café Central for coffee and decadent desserts. 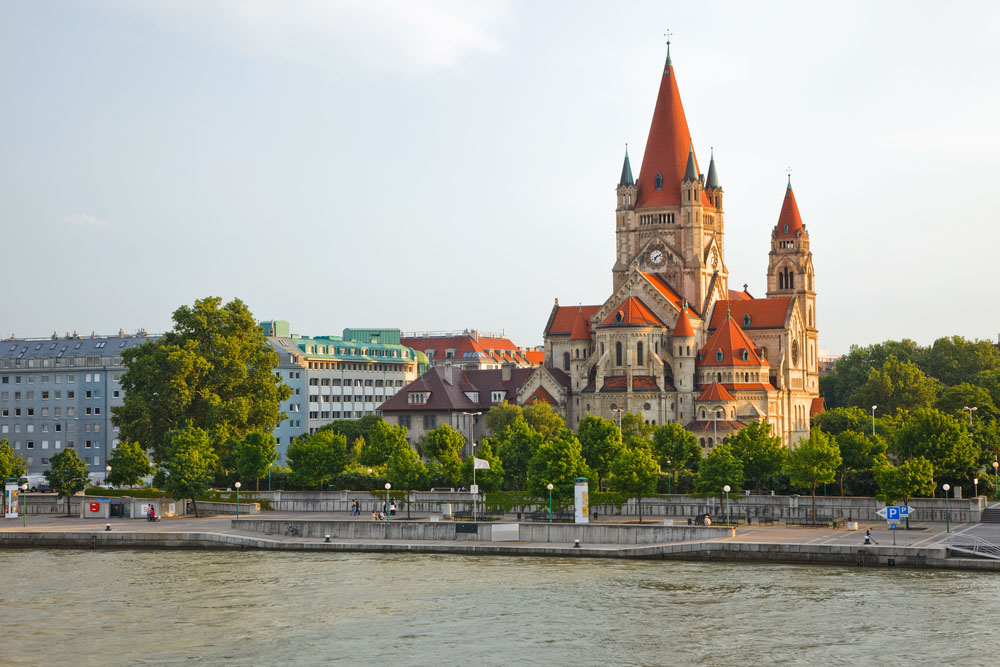 Welcome to Day 6, and once again, we're in a capital city but this time it's Bratislava, Slovakia. Smaller in comparison to Vienna, Bratislava has a small-town charm and is quite easy to navigate. After heading to the city center and Maximilian Café for the most delicious cup of real hot chocolate, we ventured out to see Michael's Gate and Tower, remnants of the 14th-century medieval fortifications that once surrounded the city. Seek out the Segner Lounge and restaurant housed in what was the home of 18th-century physicist, physician, astronomer, botanist, mathematician and inventor, Johann Andrea Segner. What I regret not having time to do is visit the medieval Bratislava Castle which just happened to be the royal residence of Maria Theresa during the 18th century.

During the afternoon, we set sail for what is to become our final stop of our Danube river cruise, Budapest, Hungary. First up was a gingerbread-making demonstration where guests were invited to make gingerbread cookies and later decorate them with myriad sweet confections. Later, we were invited for some "behind-the-scenes" experiences. First, we toured the wheelhouse where the ship's captain pilots the boat and learned firsthand the 21st-century technology at work to navigate the waterways of Europe. Following that, we descended for a galley tour conducted by our head chef. 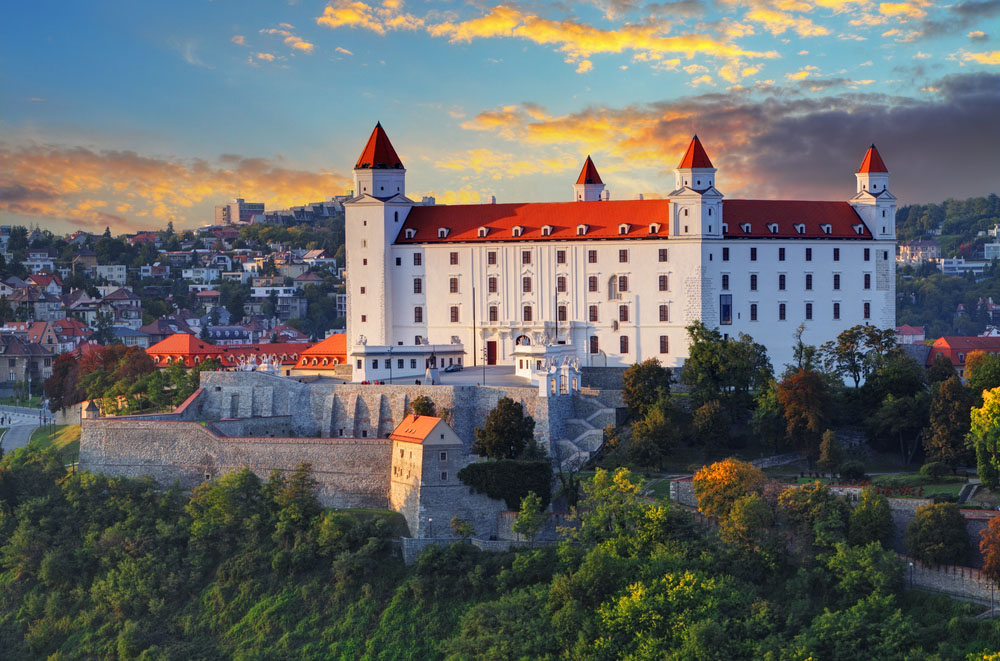 That night, at about 10:30, we were invited to the top deck once again for our arrival into Budapest. Thank goodness for the cups of glühwein to warm my bones because it was a frigid night on the Danube last December. As we imbibed our steaming libations, suddenly, emerging from the darkness, the golden city of Budapest appeared aglow and spread out before our eyes—a sight so splendid, it was almost poetic in its grandeur.

Our morning started with the usual, an escorted tour through the city including stops at Fishermen's Bastion and Saint Matthias church, both of which are located on the Buda side of the Danube. On our way back to the ship for lunch, we stopped at the shoe memorial, the most profoundly moving experience of my entire cruise. This memorial is comprised of 60 pairs of bronze shoes along the bank of the Danube honoring the lives of innocent Jews who were executed and then disposed of in the river. I actually cried as I gazed upon them and was struck by the shoes that once belonged to small children. Later that night, we rode Europe's second-oldest subway to Heroes' Square where we visited the Fine Arts Museum for a Caravaggio exhibit.

Read more about what not to miss in Budapest

And so the music has ended and our Viking River Cruise Danube Waltz comes to an end as well. Truly one of the most memorable journeys of my life—a discovery of new sights, authentic cultural connections, a journey back in time. What I loved most about this Viking river cruise was that they really delivered upon their promise—exploring the world in comfort. Your accommodations, tours, transfers and meals are already planned for and included; having to unpack only once is a real bonus especially if you've ever traveled in Europe and carried your luggage on and off the train, checked in and out of numerous hotels and suffered the lost time of traveling in between. Without a doubt, a European river cruise is the perfect introduction to a wondrous continent steeped in history, culture and time and no one does it better than Viking River Cruises! 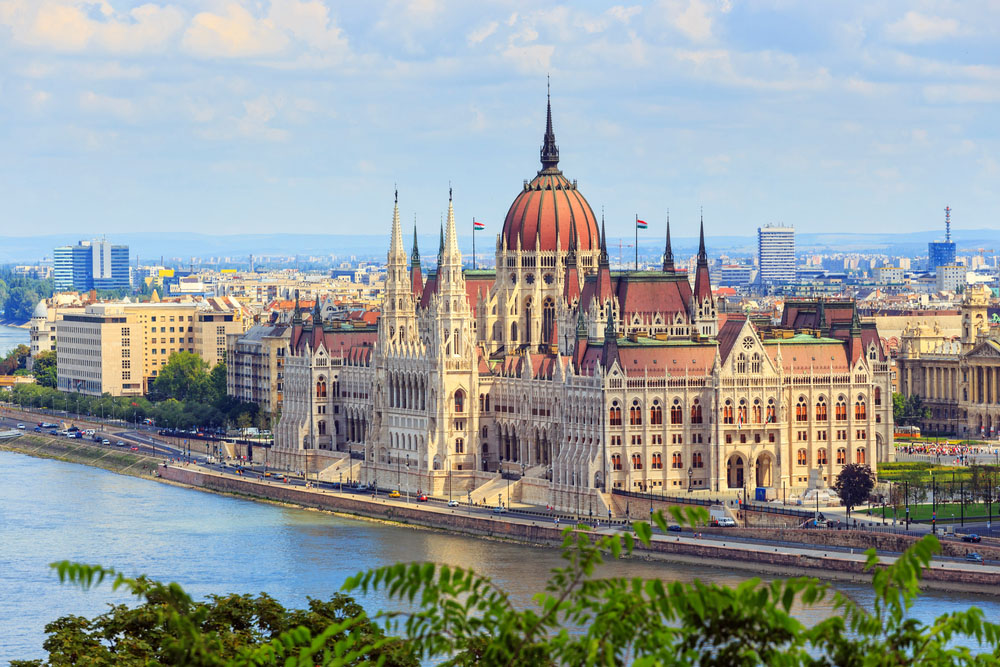