One of the most photogenic, evocative and romantic places in the world, and a highlight on the cultural circuit from ancient times through to the Grand Tours of the 19th century to the present day, Rome has been the inspiration for and setting of a vast catalogue of literary works. Retrace the steps of Goethe and Byron, and discover Rome's best bookshops and book bars... 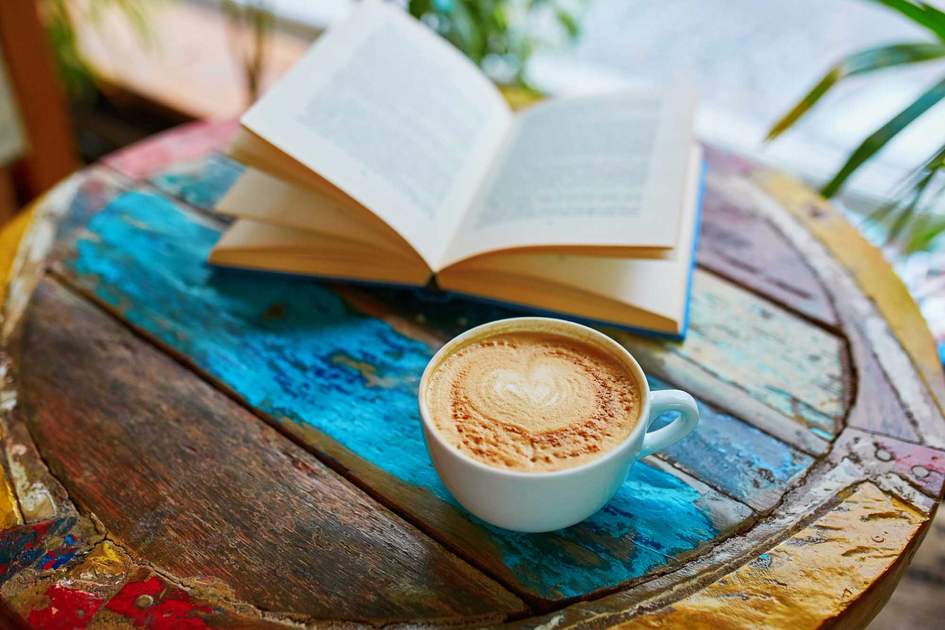 Rome’s literary pedigree stretches right back to the days of the Republic, when Cicero penned his hugely influential philosophical works and speeches, and the city has been inspiring dazzled writers ever since.

You can pay homage to literary luminaries at the former residences of John Keats, Percy Bysshe Shelley, J.W. von Goethe and Alberto Moravia, head for the student quarter and hang out in a trendy book bar, or join the hordes of literature-hungry Romans at the city’s Literature Festival in June.

Speak to a local expert about arranging a custom trip based on Rome's literary scene here, or browse our fully customisable existing itineraries here.

Literature flourished in Rome under Emperor Augustus, a patron of the arts, bringing Ovid, Horace and Virgil to prominence; the latter’s epic Aeneid, a mix of legend and history, traces the story of the Trojan ancestors of Rome, while Ovid’s story of the Roman gods and their diversions, Metamorphoses, remains an entertaining read. In the Renaissance, one of Michelangelo’s Tuscan protégés who also had commissions in Rome, Giorgio Vasari, expanded his talents from painting to penning Lives of the Artists, a rich resource and entertaining read almost 500 years later. Floren­tine sculptor and goldsmith Benvenuto Cellini penned his Autobiography, a warts-and-all look at the times – and himself. A guided tour of Ancient Rome is included in our Wonders of Rome and the Amalfi Coast trip, just contact a local expert to start the ball rolling.

The Romantic Poets to present day

The 18th century was also a period of much literary activity, when a fashion for all things classical brought Europe’s Grand Tourists to Rome in their droves, among them Goethe and the English Romantic poets Keats, Byron and Shelley. In the 19th century, home-grown poets Tri­lussa and Gioacchino Belli wrote bitingly satirical verse in Roman dialect, and in the 20th century, a burst of post-war literary activity included works by Alberto Moravia and his wife Elsa Morante. In recent years, ancient Rome has become a popular backdrop for contemporary novelists such as Lindsey Davis, Michael Dibdin and Iain Pears. Let us plan a tailor-made trip to Italy, based around Rome's literary scene. 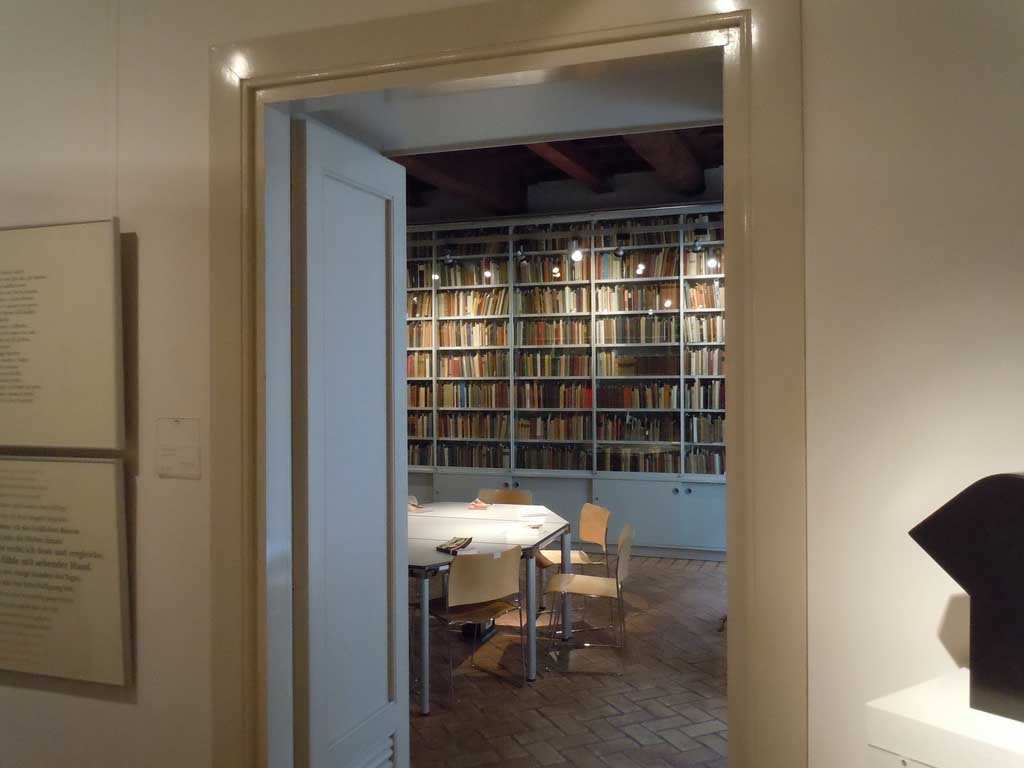 Not far from the Piazza del Popolo is the apartment where German poet Goethe lived for two years from 1786–8. He shared the house with painter Hans Tischbein, whose depictions of the poet are on display, together with a larger-than-life portrait by Andy Warhol. You can peruse the writer’s journals and a room dedicated to all his works either written in, or inspired by, the Eternal City. Among them are Iphigenia, The Roman Elegies, Faust, The Roman Carnival and Italian Journey.

Keats spent the last few months of his life in a small room overlooking the Spanish Steps; he died of tuberculosis there in 1821, aged just 25. In 1906, the house was bought by an Anglo-American association and turned into a museum and library dedicated to Keats and his fellow Romantics who had made Rome their home. The Keats-Shelley House has an intriguing collection of personal objects and documents relating to the lives of Shelley and Byron, but the main focus is on Keats – his prints, paintings, books and even his death mask are on display. 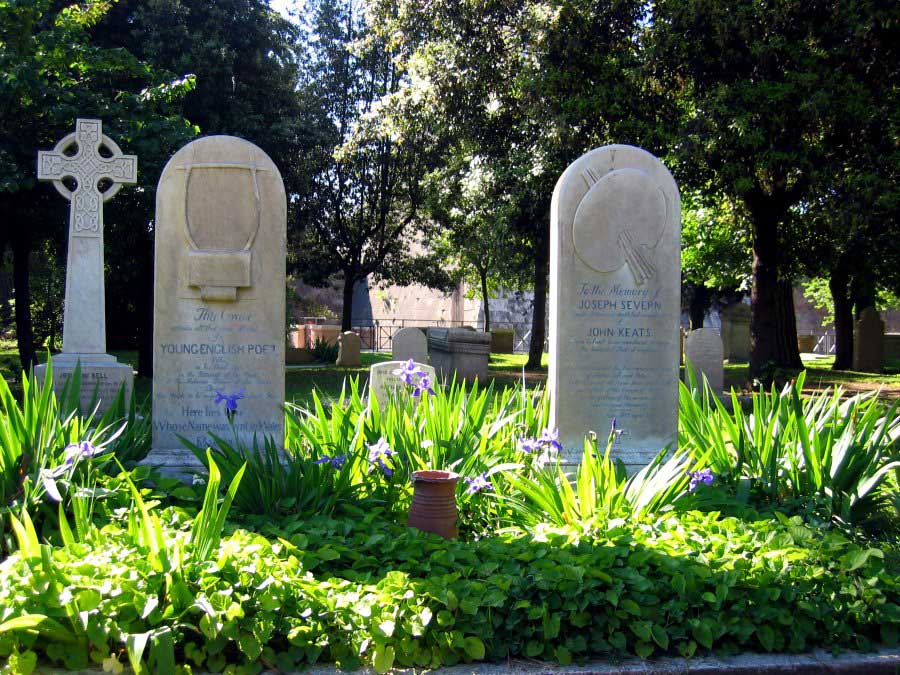 Grave of John Keats in the Protestant Cemetery in Rome. Photo: Allison Meier/Flickr

An extensive range of literature, magazines and guidebooks in English and other languages.

A good range of travel, non-fiction and children's books in English.

This cosy space is dedicated to travellers, with travel literature, guidebooks and maps, appealingly presented in vintage suitcases.

This Australian-run bookshop stocks well-chosen titles. The owner is friendly and very helpful.

Find second-hand books in English, many of which are about Rome. There's also a good children's section. 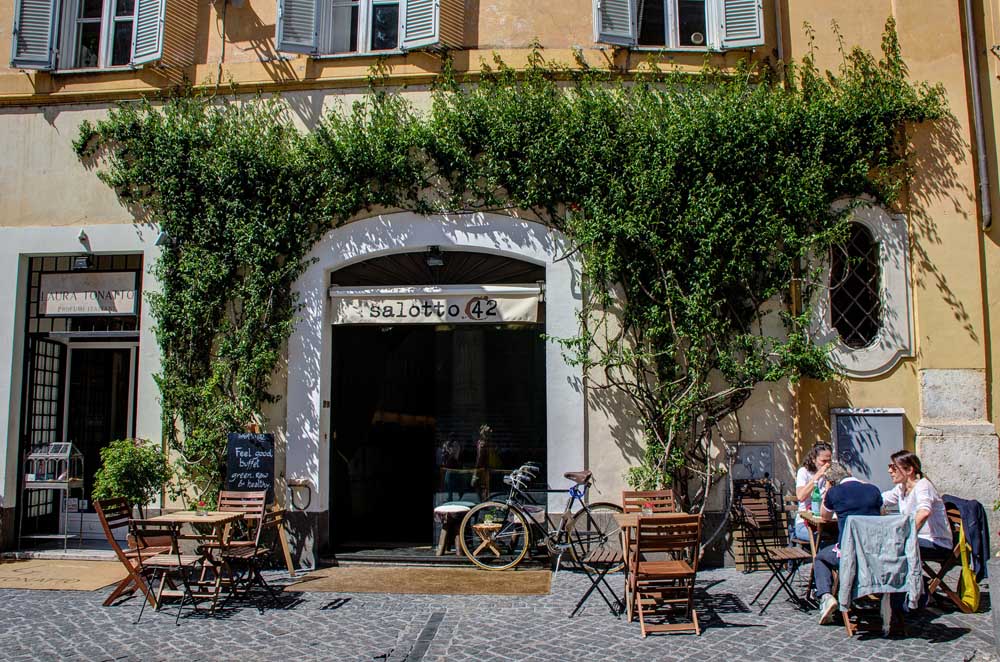 In the student-y San Lorenzo district, this bar has towering shelves crammed with books, a good selection of wines, readings, and occasional DJs.

Wine tastings and live music in an area near trendy Testaccio that’s being transformed into a ‘City of the Arts’. A stylish place to browse as you sip.

100 Via San Francesco a Ripa

With delicious home-made cakes supplementing the drinks menu, and a lively programme of literary, arty and musical events, this Tras­tevere bar is always buzzing.

A slick, stylish bar in the heart of the historic centre, where you can lounge on impeccably trendy designer sofas and leaf through glossy design, art and photography tomes.

This article was originally published on March 5, 2014

Speak to a local expert about arranging the trip of a lifetime to the Rome here; alternatively, browse existing, fully customisable itineraries, such as the Wonders of Rome and the Amalfi Coast.