Shanghai architecture: the old and the new 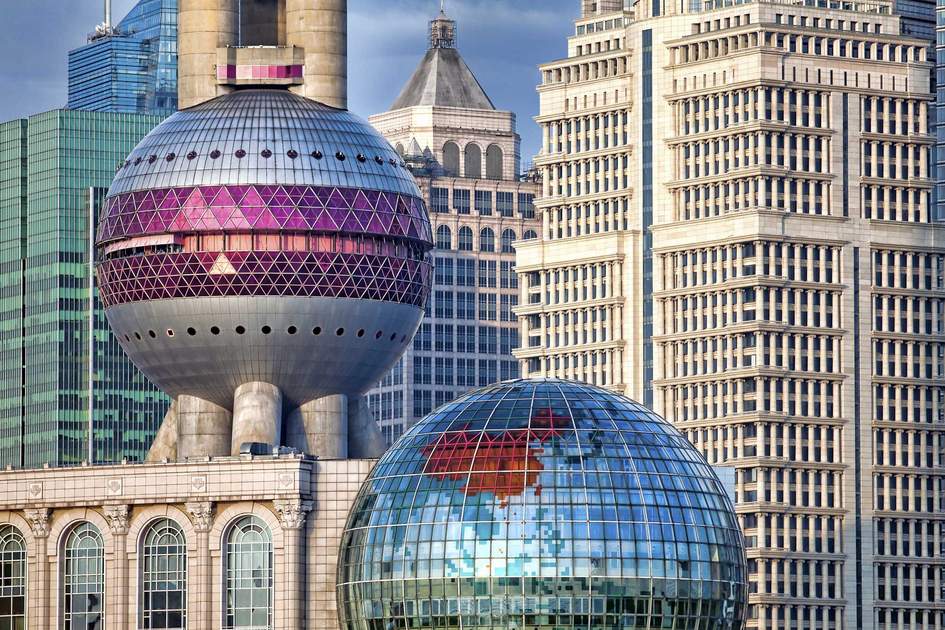 The city is in the middle of the biggest urban building boom the world has ever known. Shanghai’s mix of avant-garde glass and steel structures and its old-world brick and mortar historic buildings is visually arresting – resulting in a battle of the ultra-modern and the traditional. On the Bund along the Huangpu River you can see the neoclassical buildings face off against the soaring mirrored towers of Pudong. The futuristic Oriental Pearl Tower is, for better or worse, now the most recognised structure in the city, taking the title from the previously indisputable Bund building.

Today, many sections of the city have been replaced with modern high-rises and green open spaces. But during the 1920s and 30s, art deco was a big part of the Shanghai skyline, the streamlined, then futuristic architectural style defined the city. Well known for its ability to weave outside ideas into the local culture, Shanghai adapted the born-in-the-West art deco to China. The Shanghainese still celebrate the unique history of their city and many new office towers are blatant paeans to the art deco splendour of old. 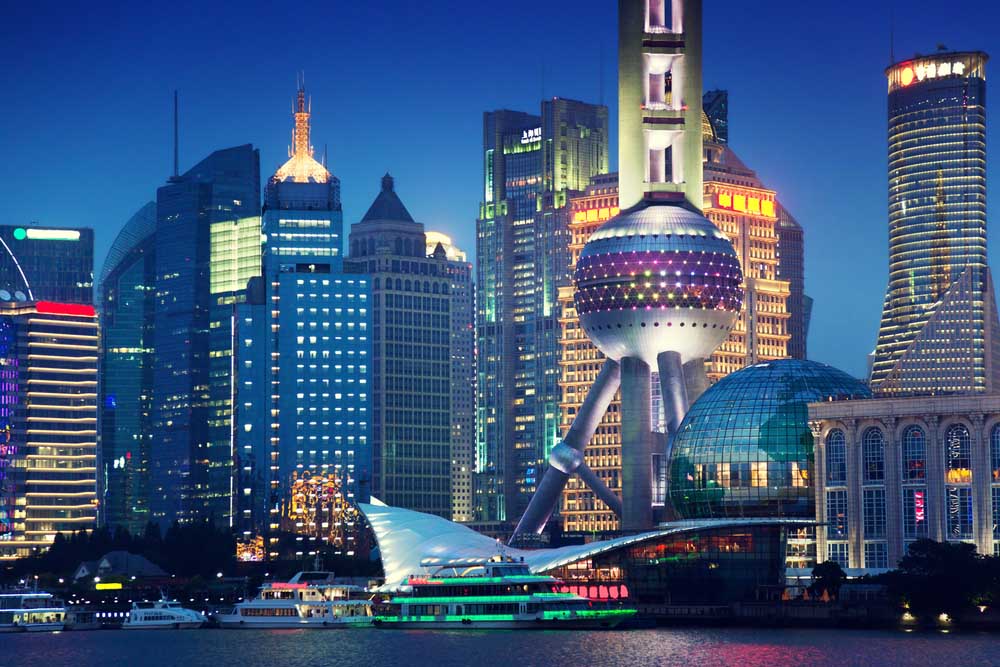 Shanghai’s most successful modern buildings include allusions to Chinese architecture. The Shanghai Grand Theatre, for example, resembles a hyper-modern transparent temple to the arts but its convex curvature roof structure is a clear homage to the heavy roofs and upturned eaves of traditional Chinese palace architecture. Designed by Frenchman Jean-Marie Charpentier the building sits on People’s Square. In the international quest to build the world’s tallest buildings, Shanghai is at the forefront. The Lujiazui skyline in Pudong now features a plethora of dominant megatowers, crowned by the 632-metre-high, Shanghai Tower. It opened in 2016 surpassing the sleek Shanghai World Financial Centre as China’s tallest building.

Another landmark structure is the Shanghai Centre, completed in 1989. It was an obvious nod to traditional motifs with simple, strong red columns that support the entrance portico. The building, designed by architect John Portman, is shaped like the Chinese character for mountain, shan. (山). Postmodern European architects have been equally popular in Shanghai. The seagull-inspired Pudong International Airport – a year 2000 landmark in glass and brushed aluminium – was designed by Paris-based Paul Andreu, who also designed the National Theatre in Beijing. Witness it for yourself as part of Insight Guides' Cultural China and Majestic Yangtze River Cruise trip.

The most typical Shanghainese architectural form is the lilong or longtang (lane) neighbourhood, which is rife throughout the city. Lane neighbourhoods typically cover a city block and have a few entrances from the street that can be locked by iron gates. Within the gates, lanes are arrayed in a regular matrix pattern with the stone-framed doors facing south.

First built by foreign entrepreneurs, the lane houses mutated slowly over 80 years in response to economic forces and changes in architectural taste. Rising land prices shrank dwellings, while the advent of reinforced concrete enabled the building of four-storey houses. In the final stages of its evolution, lane dwellings lost their courtyards and came to resemble modern urban apartment buildings. 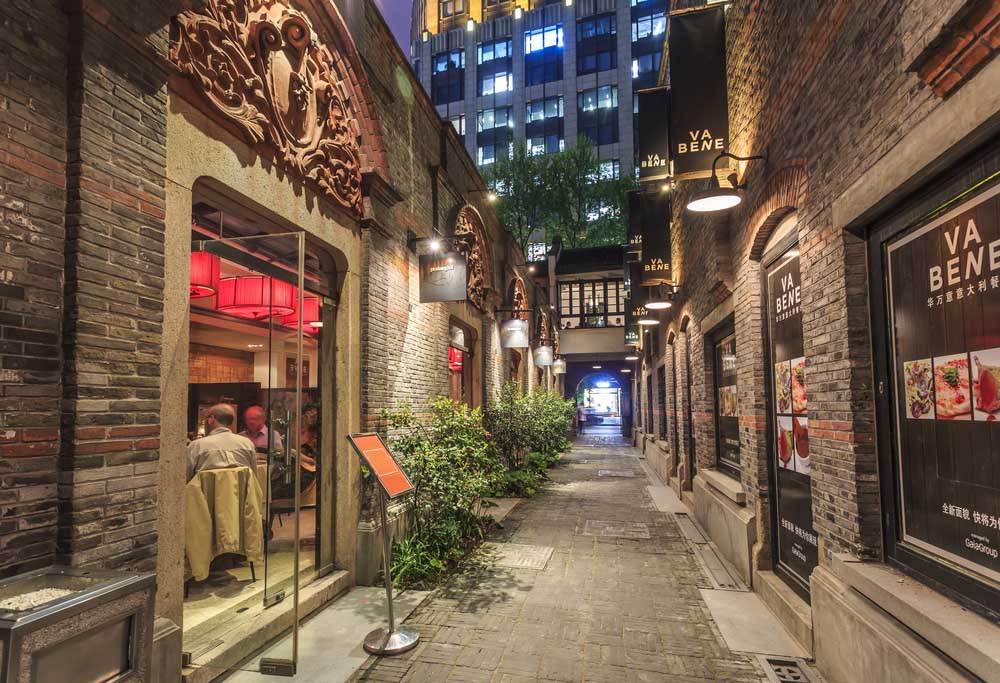 No visit to Shanghai is complete without a stroll along the Bund, with its striking panorama of European-style buildings. Most incorporate the neoclassical themes that influenced the design of public buildings during the 1920s. Most notably the regal 1923 Hong Kong & Shanghai Bank building at No. 12 and the art deco 1929 Cathay Hotel, now renamed the Swatch Art Peace Hotel.

For a Chinese city, there is a lack of Chinese-style architecture in Shanghai. However, a few examples of Ming dynasty Yangtze River Delta style architecture do still remain. These are distinguished by their whitewashed walls, distinctive rooflines, 'dragon walls', latticework and keyhole windows. Structures like these can be found in Yu Gardens as well as the Longhua Temple and the Jade Buddha Temple.

The International Settlement was considered the best place to do business in Old Shanghai, but from the 1920s onwards, the nouveaux riches of all nationalities preferred the tree-lined streets of the French Concession for their homes. Stroll down Fuxing Road, Wukang Road or Xinhua Road and you’ll see the lovely Mediterranean, Tudor and art deco homes that set the architectural fashion 80 years ago. Many are private residences, but some are commercial enterprises, such as the magnificent Shanghai Arts and Crafts Museum and Taiyuan Villa. Old Shanghai’s cosmopolitan character is still reflected in its places of worship: Catholic, Protestant, Muslim, Jewish and Russian Orthodox monuments dot the city. 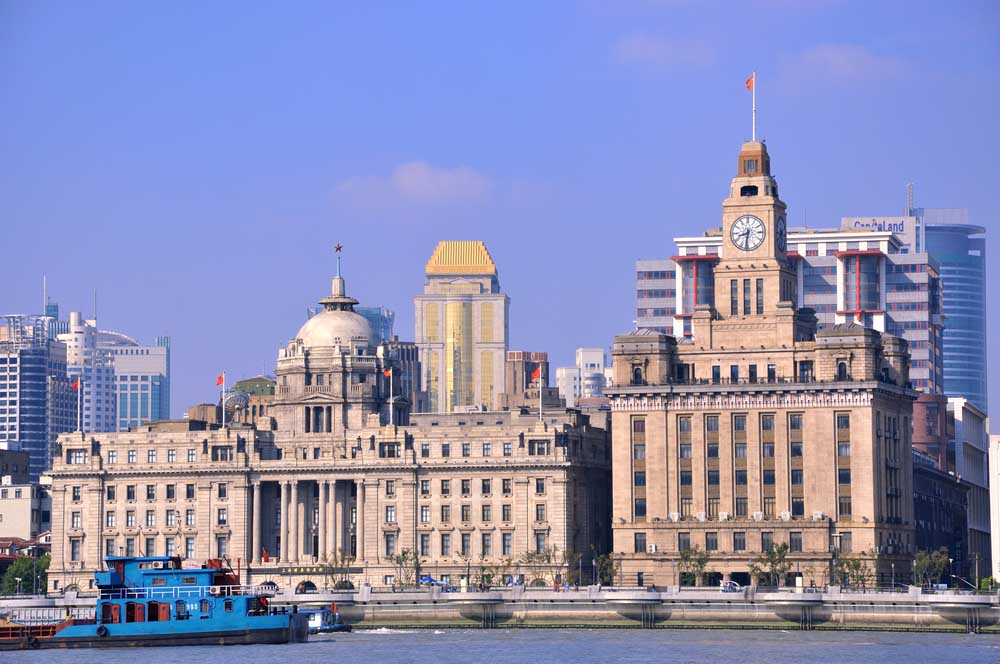 The Shanghai of tomorrow

The speed of change in Shanghai over the past 20 years shows few signs of decelerating. The largest urban redevelopment spans 144 sq km of land along the banks of the Huangpu River, much of which is now devoted to green public spaces and limited building heights to protect precious water views. Shiliupu Wharf has similarly been transformed from a no-man’s land of dingy warehouses into a waterfront marketplace inspired by Sydney’s Rocks area.

Further upstream, the West Bund is being established as a 'cultural corridor' of museums and galleries housed in former factories and aircraft hangars. A landscaped riverside promenade linking these areas is wonderful for cycling or running. Recent Shanghai urban planning has reflected an almost stereotyped Modernist vision of vertical skyscrapers and landscaped greenbelts criss-crossed by wide avenues and superhighways. With a move towards 'green design' Shanghai is confronting today’s daunting urban realities and emerging with an architectural style identity of its own.