Tanzania's best national parks and when to visit them

Going on safari is a wonderful way to experience Africa’s abundant wildlife. Tanzania’s national parks and game reserves provide unforgettable destinations for viewing wildlife amid spectacular scenery. Here is our guide to Tanzania's best national parks and when to visit them. 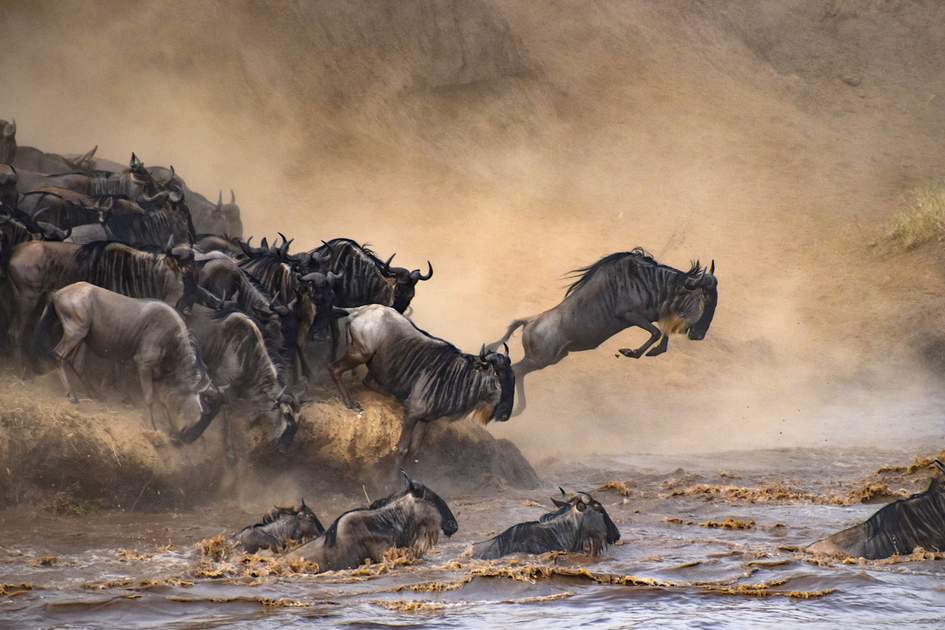 There are numerous ways to enjoy the safari experience in Tanzania: tour operators can organise tailor-made safaris, either by vehicle, on foot, on horseback or by hot-air balloon. And a range of accommodation is available either in or near parks, including lodges, hostels and standard or luxury campsites.

TANAPA manages and protects the country’s national parks, and can also provide information on all reserves and parks including admission fees and regulations. There are 16 national parks in the country, plus 15 other conservation areas and game reserves; in total around 25 percent of the country is protected. Here is our selection of some of the highlights:

Serengeti National Park is a UNESCO World Heritage Site and probably the most famous game reserve in the world. The area round the Serengeti Visitor Centre and the Seronera River is the busiest, but offers reliable, superb game viewing throughout the year, and is home to more than 500 bird species. But the real draw here is the Great Migration when literally millions of wildebeest, zebras and gazelles pound the plains in search of fresh pasture to feed on; you are most likely to witness the incredible natural spectacle of the Mara river crossings from August onwards.

Best time to visit: Late June to September, when the Great Migration reaches the plains of North Serengeti. However, from October to May the grasslands around Naabi Hill Gate are teeming with wildlife.

Compact Lake Manyara National Park is one of the prettiest, most interesting and game-rich parks in the country. Visitors can expect to see troops of olive baboons and Sykes’ monkeys playing beside the road, and you are quite likely to find an elephant crossing your path. They frequently choose to use the park's roads rather than having to struggle through the undergrowth. Remember to keep looking up to try and spot lions that often take to the trees, and there are also plenty of leopards, although you need luck to see them. This little gem also supports a dazzling array of birds, including the giant silvery-cheeked hornbill. 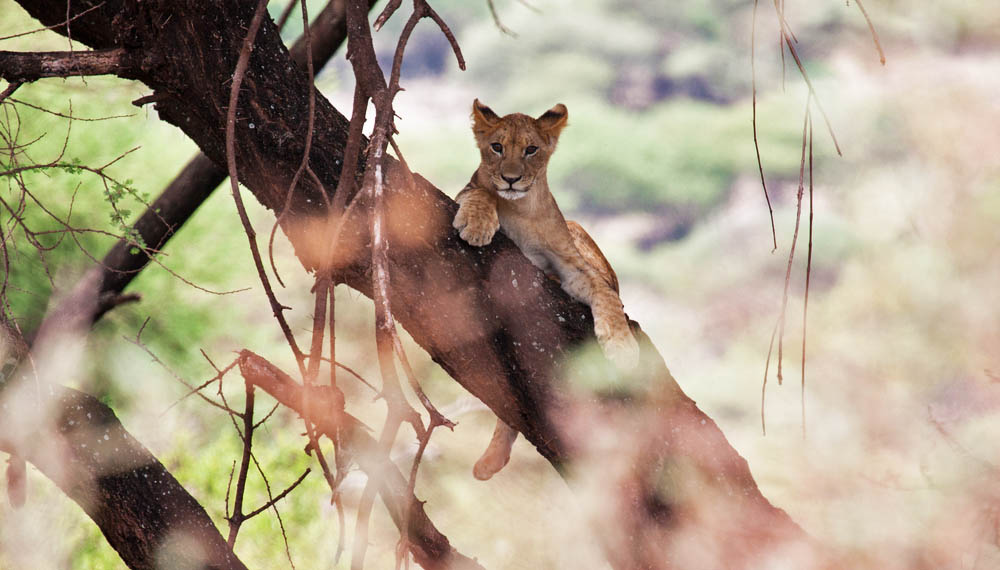 The Selous Game Reserve in southern Tanzania is a vast, magnificent wilderness, inhabited by a huge range of animals but visited by a mere 1 percent of visitors to Tanzania. Dominated by the sluggish brown Rufiji, a riverine wilderness supporting immense numbers of hippos, crocodiles and water birds, Africa’s largest game reserve offers excellent opportunities for wildlife viewing from a boat or on foot.

The Rufiji River divides the park and its constantly changing course, spilling into a labyrinth of lushly vegetated channels and open lakes, defining the Selous experience. It is best explored on one of the motorboat trips offered by most of the Selous camps. Sandbanks lined with outsized crocodiles, menacing mouths agape, erupt into energy as a motorboat approaches and the beasts slither with a loud splash beneath the river’s waters. Elephants browse on swampy islets, waterbucks graze and hippos enter into a grunting debate – the quintessential African river scene.

A network of game-viewing roads connects the lakes, where congregations of zebra, giraffe and antelope slake their thirst during the dry season. The odds of seeing a kill here are unusually high: the lions of Selous seem to prefer to laze quietly in the lakeshore woodland by day, waiting for lunch to venture within pouncing distance.

Area: 47,500 sq km/18,340 sq miles (50 percent larger than Switzerland). Around 10 percent of this is for game-viewing; the rest is owned by commercial hunting concerns. 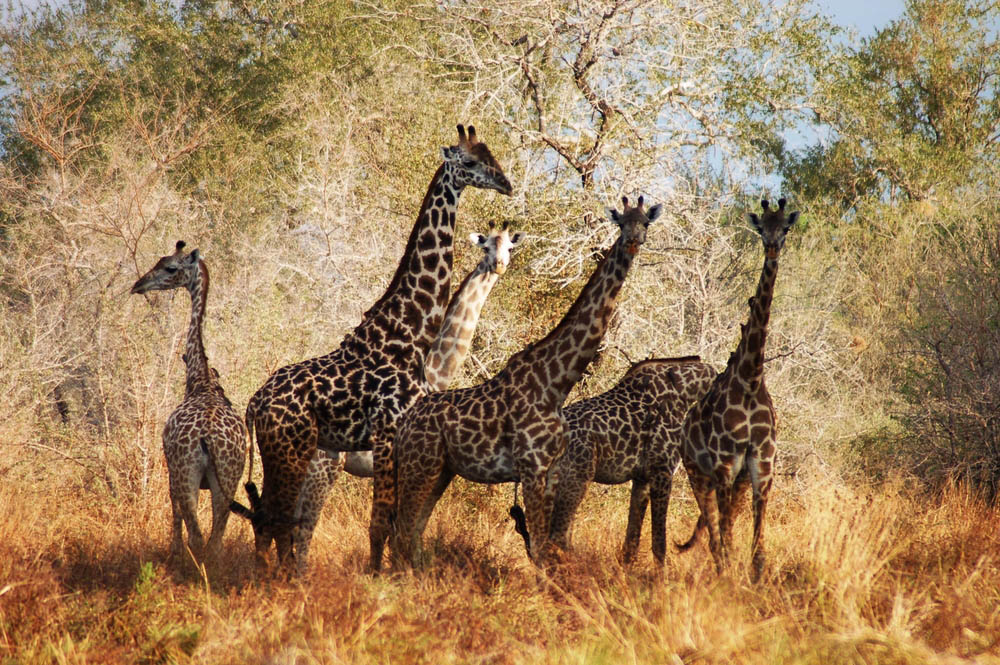 The rugged tract of wilderness making up Ruaha, Tanzania’s largest national park, is characterised by parched slopes covered in dense woodland, and wide open baobab-studded plains. The park fulfils every expectation of untrammelled Africa, no less so because its 400km (250-mile) road circuit is accessed by only half a dozen small lodges and a few campsites.

Game-viewing roads follow the perennial Great Ruaha River and seasonal Mwagusi River through thick forest frequented by elephants – sadly, estimates indicate that population numbers are falling. Still, cheetahs pace the open savannah, which is grazed upon by herds of buffalo stretching to the horizon, as well as impala, waterbuck, zebras and gazelles.

The park’s woodland is the most southerly haunt of the shy striped hyena, as well as endemic birds including the Ruaha red-billed hornbill, while its plains also harbour a trio of antelope: the horned greater kudu, sleekly handsome sable and roan antelope. Near the Mwagusi River, prides of more than 20 lions can reduce a freshly killed buffalo or zebra to skin and bone in a couple of hours. Wonderful game viewing indeed, to be savoured in the untamed Africa of Ruaha, through which you can drive for hours without encountering another soul. 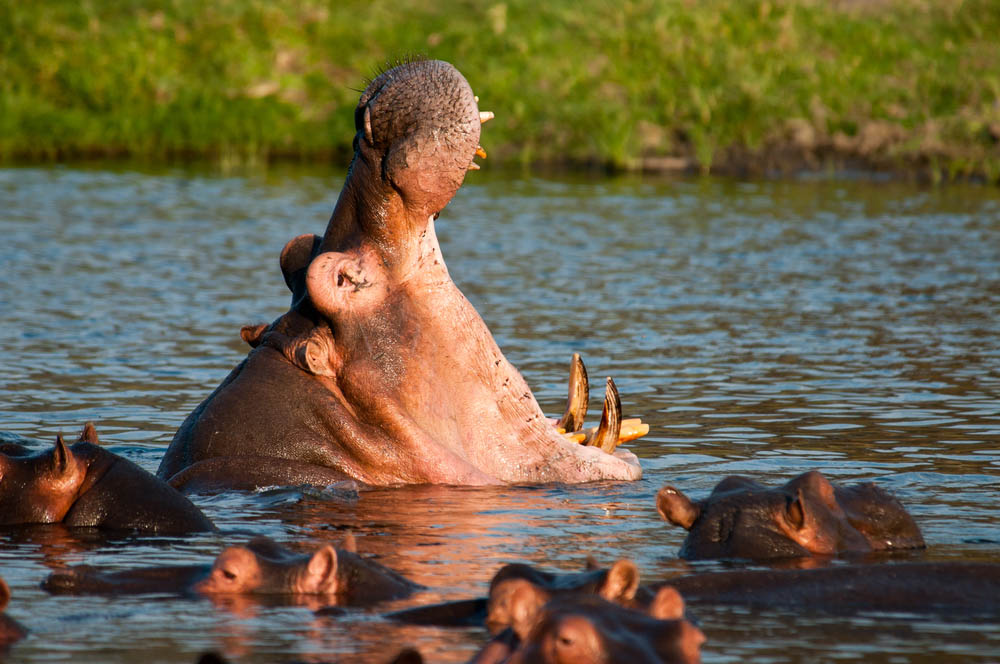 These two national parks in western Tanzania on the shores of Lake Tanganyika are among the best places in the world to track chimpanzees in their natural environment. Gombe Stream National Park protects a hilly stretch of lake shore bisected by forest-fringed streams. Most visitors arrive from the lakeside town of Kigoma by charter boat. Guided forest walks can be easily arranged on arrival, with a near-certainty of encountering chimps in the mornings.

To the south, Mahale Mountains National Park extends across a peninsula of rugged, forested mountains that rise sharply from sandy beaches, through tangled woodland and grassland, to the 2,462-metre-high Nkungwe Peak.

Mahale is most famous for its chimpanzees, which are usually seen at close quarters on daily tracking expeditions. Smaller primates, such as red colobus monkeys, red-tailed monkeys and yellow baboons can also be encountered. There is no road access to the park – most travellers arrive by charter flight from Arusha.

Best time to visit: July to October, the late dry season: the steep slopes are less slippery underfoot, and the chimps tend to stick to lower, more easily accessible altitudes. 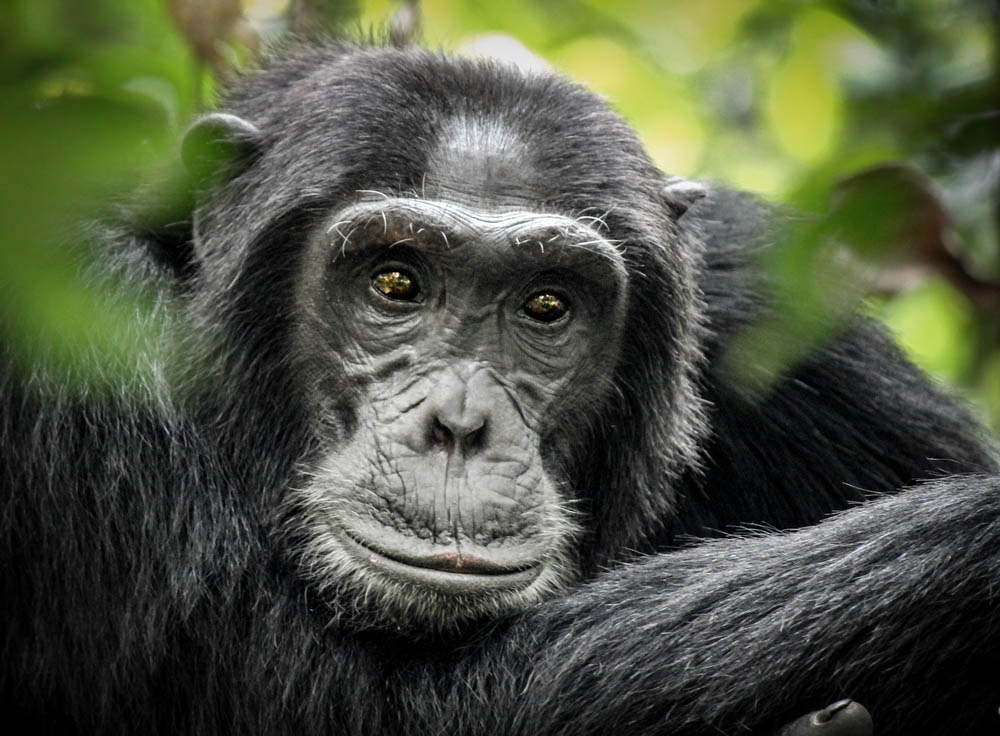 On the legendary spice island of Zanzibar, Jozani-Chwaka Bay National Park is a magical place, encompassing the last remaining tracts of indigenous forest on the island. Guided walks offer an insight on the park’s abundant resident wildlife that includes many species of brightly coloured butterflies, more than 40 species of birds, including the spectacular Fischer’s turaco, and small antelope such as the endangered Aders’ duiker and suni. However, the undoubted stars of the show are the endemic Zanzibar red colobus monkeys, which often hang around in bright sunlight near the car park for maximum photographic impact.

Best time to visit: June to October (long dry season); the forest paths are closed in the rainy season (March to May and November to December) 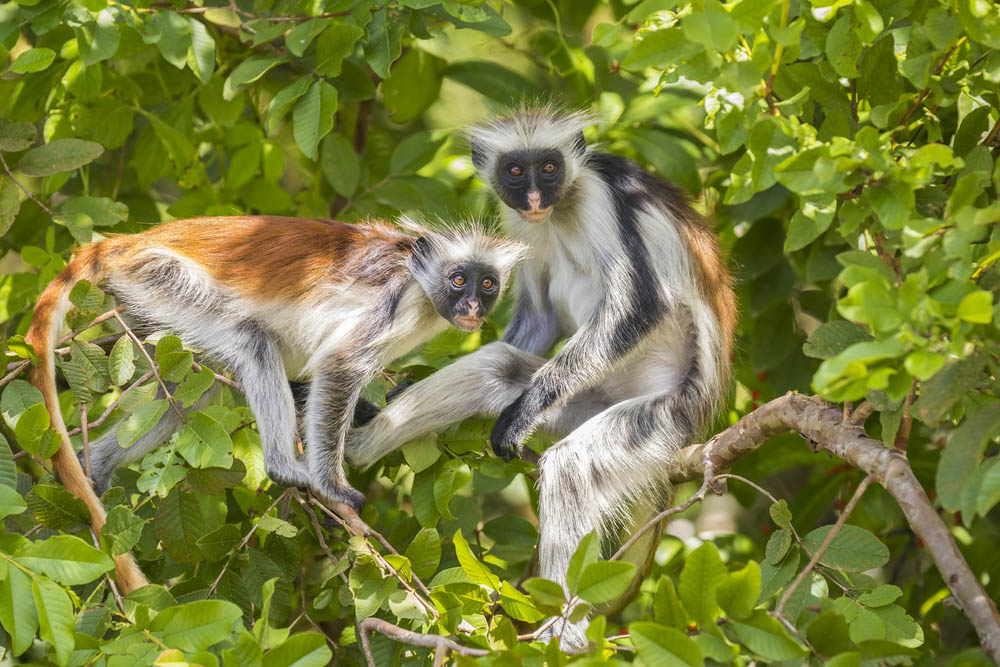 Our local experts can help you plan and book wonderful tailor-made trips to Tanzania. Simply get in touch to let us know your ideas for the trip and when you would like to travel. We will then prepare a tailor-made itinerary especially for you, which you can amend until you’re completely happy with every detail before booking.