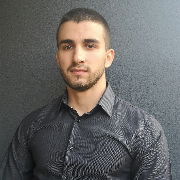 The best things to do in Hvar

Lying off the Dalmatian coast, just a one-hour ferry ride from Split, Hvar is beautiful island retreat. From relaxing on pristine beaches to exploring the Old Town and the arable plains which produce some of Croatia’s vineyards, here is our guide to the best things to do in Hvar. 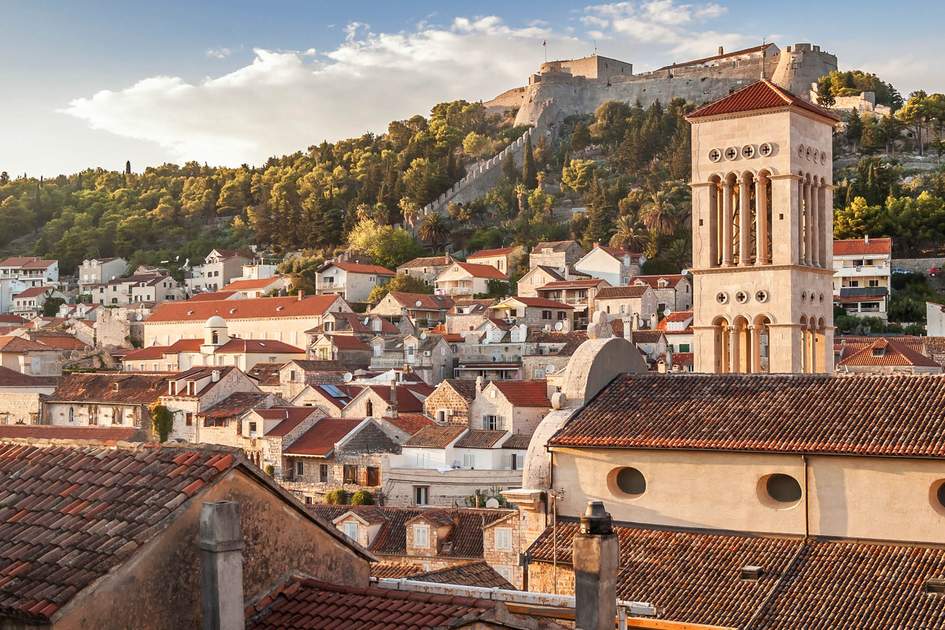 All white and clean lined, St Stephens Square is the main hub of Hvar Old Town. The elegant wide set marble-paved square is dominated to the east by the Catholic cathedral. A mixture of Gothic, Baroque and Renaissance architecture, St Stephens is graceful and tranquil just like the square named after it. Relax over a cappuccino or a refreshingly crisp glass of white wine at an outdoor table in one of the cafés, before exploring the maze of cobbled back streets off the square where restaurants and shops occupy tiny alcoves.

Climbing up to Fortica

A gentle amble through Old Town’s narrow streets eventually leads to the start of the winding path up to the Spanish Fortress (Fortica). Ascend the twisting, tree-shaded walkway to be rewarded with spectacular views over Hvar harbour and the Paklinski Islands. Construction of the fortress started when Croatia was under Venetian rule and developed over hundreds of years before finally being completed in the 16th century. Prior to this a Byzantine citadel and an Illyrian settlement had both graced this spot. There are a number of chambers and turrets to explore, with cannons and ancient artefacts recovered from the seabed on display, and a terrace café sits within the walls. 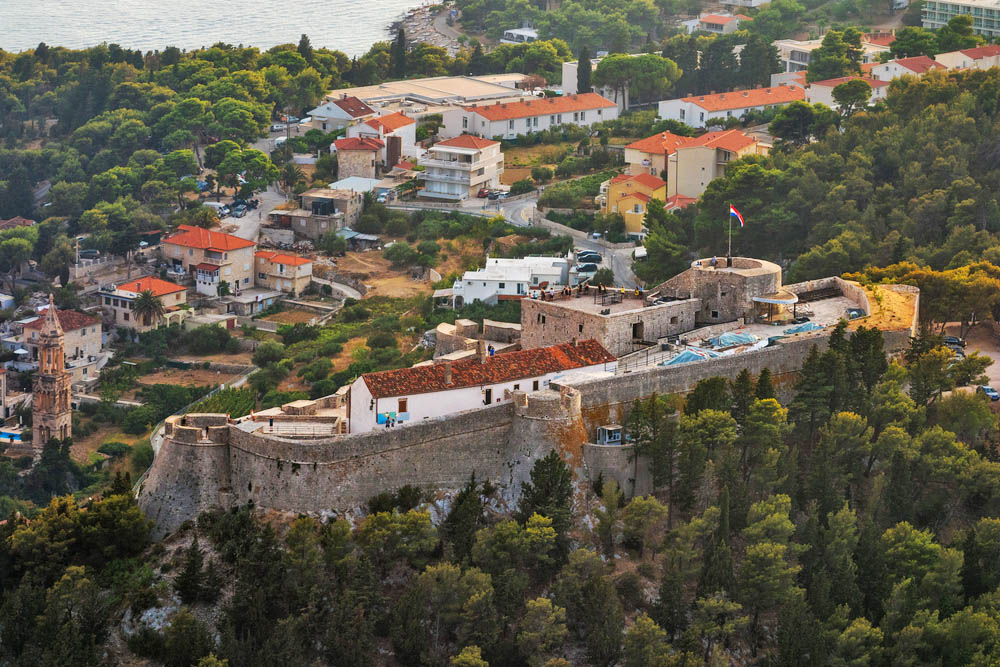 The verdant islands which lace the horizon just beyond the harbour offer a glimpse of what lies ahead in the azure waters of the Adriatic Sea. Boat trips head out daily so visitors can savour the sights on these islands. At nearby Palmižana many boats tie up for the afternoon. Here visitors can lounge on the beach, stroll through the island’s lush interior, or sit in a restaurant atop the sheer rocks and take in the sea views. On Vis, secluded Stiniva is another popular stopping point – boats dock just off shore so visitors can swim at the beach which is one of Croatia’s prettiest, with dramatic horseshoe-shaped cliffs framing the bay. A little further takes you to the island of Biševo, where the cruiser drops anchor and you can board a rowing boat to head through an opening in the rock face into the Blue Cave where the water glows a startling blue.

For those seeking sun and solitude, Hvar Island has a number of pristine pebbly beaches lapped by clear turquoise waters. A popular spot within easy reach of the Old Town is Amfora Beach. Walk west along Hvar harbour, following the curves of the coast to the imposing Amfora Grand Beach Resort complex, which is fronted by a small bay lined with neat rows of sunbeds. Another small inlet, easy to reach from Hvar’s main square, is the bay by the Franciscan Monastery, east of Hvar harbour. Pokonji Dol, further east along this coast but still within walking distance of the Old Town is a larger, rugged bay backed by forested hills. 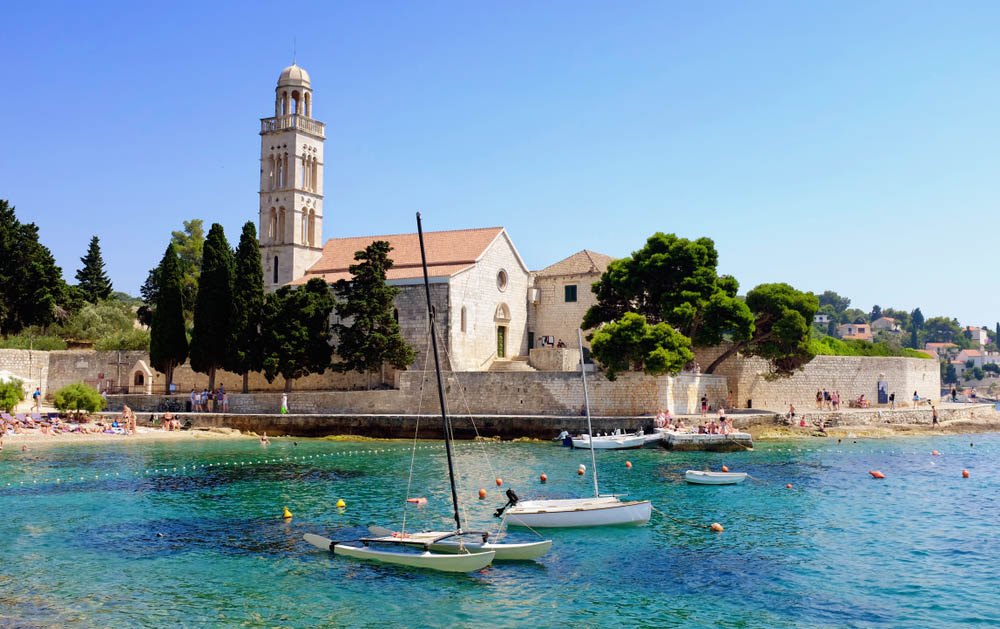 Hvar’s fertile interior is laced with vines, lavender fields and olive groves. To taste the local grapes, half and full day wine tours are available, each incorporating visits to a selection of the best wineries on the island and often a taste of other local produce such as cured meats, brandy and balsamic vinegar. Vineyard tours are also a great way to visit the often neglected, verdant interior of the island. Meander along windy roads as tour guides inform not only on the wines produced, but also on the production of lavender and local legends of Hvar. Tours are tailored to wine preferences, with the option of adding a delicious wine paired lunch.

Dining out in Hvar Harbour

As the sun sets and the sky turns a dusky blue, lights from restaurants lining Hvar town’s harbour reflect in the water, creating an idyllic backdrop for fine evening meals. Restaurants offer open terraces where diners can enjoy locally caught, fresh fish as well as chargrilled meat dishes. For dessert, stroll around the harbour and stop in at one of the gelato bars for a refreshing scoop. Alternatively, stop in at the 24-hour bakery, Mlinar, for a fresh baked Croatian pastry. 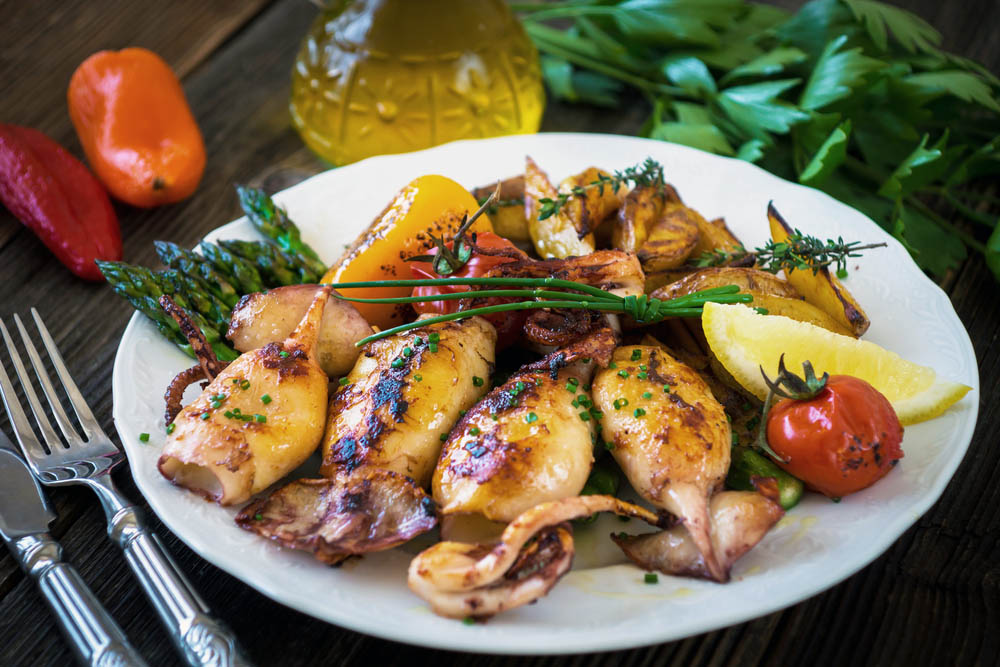 Croatia has hundreds of islands peppering the waters off its coastline, some of which you can discover as part of an unforgettable journey. Our local experts can plan incredible trips in Croatia for you. Simply get in touch to share your ideas for the trip and let us know when you would like to travel. We will then prepare a personalised itinerary, which you can amend until you are happy with every detail before booking. Check out our existing itineraries for inspiration, and keep in mind that all of our planned itineraries can be tailored to suit your needs.

Hello " Beyond expectation " is the way I would describe your travel plan for us. The accommodations were well diversified from historic to new luxury which allowed us to experience two worlds of living. The Vans were very comfortable and the drivers... Read more

I would really recommend them. They are very good with their service. Excellent quality and very informative!