Top things to do in Split

On Croatia’s Dalmatian Coast, Split was the former summer residence of Emperor Diocletian, who built the expansive citadel complex at its heart, Diocletian’s Palace, in the 4th century. The town offers many historic and cultural sights, as well as fine sand and pebble beaches, and forests nearby. 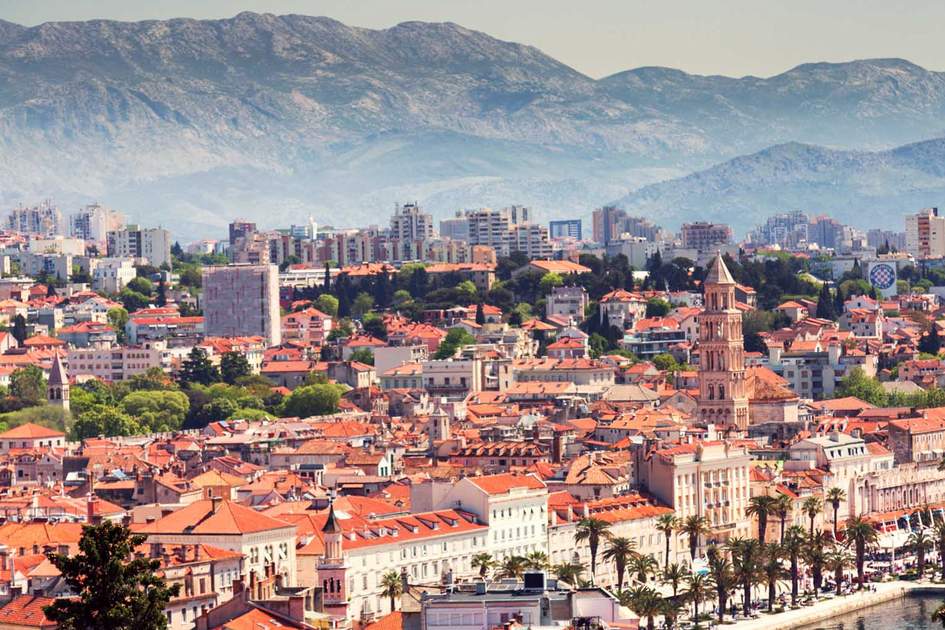 The Diocletian's Palace, the Old Town, lush forested areas and fine beaches... Here is our guide to the top things to do in one of the best places to visit in Croatia – Split.

Located roughly an hour's drive northwest of Split is Krka National Park, home to the River Krka and part of the Čikola River.

Begin an adventure on entering the park with a boat trip down the River Krka, past forested banks, deep into the park, finally docking at a wooden jetty, from where secluded walking trails run to all the sights along tree-lined routes.

The main attraction of the park is Skradinski Buk, a cascading mutli-level waterfall. The small green lake at its base is a popular swimming spot in summer but a little too chilly for dipping even your toes in during the autumn and winter months. However, visitors will benefit from a quieter, more serene experience during the cooler months, when the falls look even more spectacular bolstered by seasonal rainfall.

Other sights include the tiny Visovac Monastery, set on an island in the River Kirka, and the winding boardwalk which follows the falls and the water mills. 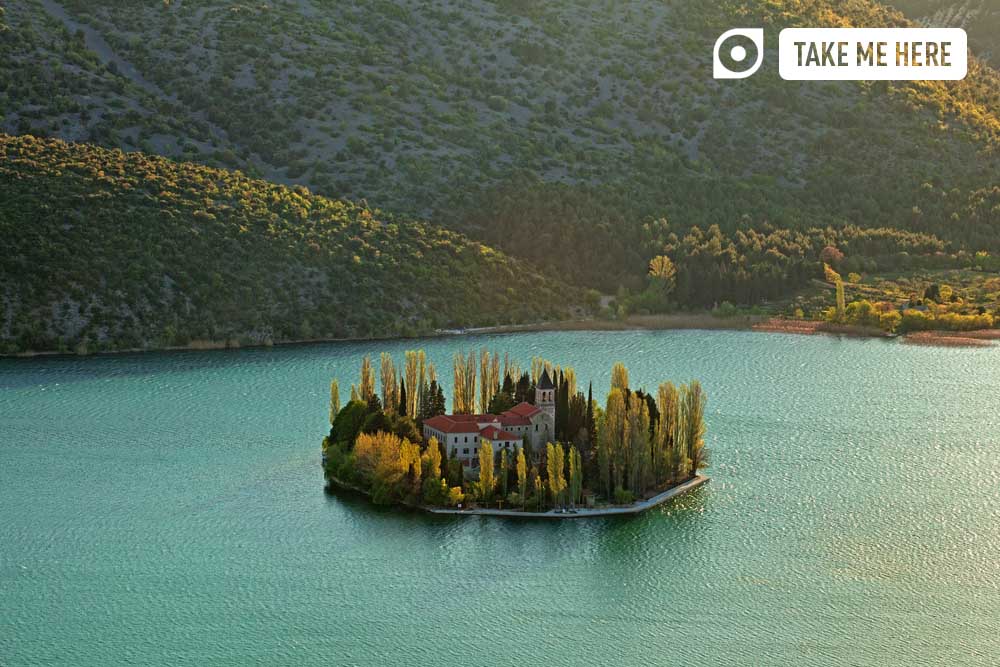 In Split the Diocletian's Palace takes centre stage. Located along the Riva promenade and making up half of the city's Old Town, the palace was originally built for Roman emperor Diocletian but soon became a place of refuge for residents of the surrounding towns in times of siege. It developed from this into a town itself.

Most of the original structure is now in ruins with a few areas having been restored. Entrance is by one of the four gates: golden, brass, silver or iron. Enter through the brass gate to descend into the cellar hall, filled with market stalls selling anything from jewellery to souvenirs. Recently excavated cellar areas which lead under the palace from the market are also intact and accessible, but remain damp and mossy.

On the opposite side to the brass gate, another set of steps leads up to the vestibule, a cylindrical room topped with a domed roof that contains a circular hole. This, in turn, continues to the main area of the palace: Peristyle Square. On one side of this atmospherically lit square is a bar and restaurant where, in the evening, patrons spill out onto the stone steps leading up to it.

On the other side is the entrance to the Cathedral of Saint Domnius. Originally built as a mausoleum for Diocletian, it was converted into a cathedral in the 7th century AD. Visitors can climb the steps of the 57m-high bell tower for aerial views of Split, the Riva promenade and beyond to the port and out to sea.

Made up of a maze of narrow streets lined with limestone buildings, the other half of this compact city is similar in architecture to the Diocletian Palace, so similar that it can be difficult to distinguish between the two areas.

Restaurants and wine bars sit tucked away at the end of tiny alleys, filling the area with outdoor tables. Cafés line People’s Square, where large sections are reserved for alfresco dining and bakeries adorn the corners of staggered streets in the irregular system.

Marmontova is the wider set main street lined with high street stores, leading from the waterfront into the Old Town. This is the main shopping area in Split.

Marmontova backs on to Prokurativa (Republic Square), bordered on three sides by a colonnaded neo-renaissance building and open, on the fourth side, to the waterfront at the top of the Riva promenade. Head to this pedestrianised, tree-lined street to stroll along the sea front or sit in one of the many sophisticated restaurants and take in the scene as street artists entertain the crowds. 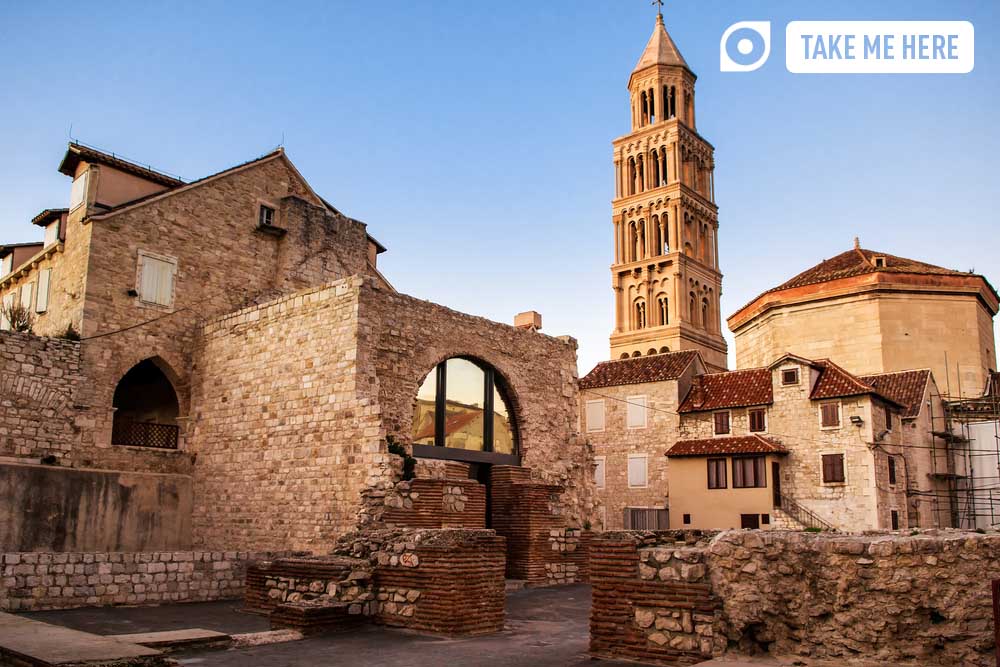 Just west of the Old Town is the Marjan peninsula, a lush area of land protruding into the Adriatic. Walk along the coast where stylish glass-fronted bars make the most of the setting with outdoor tables overlooking the harbour. Further along, the path narrows and rugged cliffs draw in. It eventually leads to bays of white pebble beaches which stretch along the southern side of the peninsular.

The interior of this thin piece of land is covered with pine, olive and cypress trees with walking trails threaded through the forest leading to churches nestled in the hillside such as the Church of Our Lady of Bethlehem, as well as to beaches further afield and observation points.

Belvedere viewpoint is the most easily accessed. Steps lead from the street which borders the Old Town and Marjan park to a balconied terrace overlooking the city and the harbour. As the sun nears the horizon at the western end of the peninsular the buildings of Split are illuminated by the orange light from the setting sun creating a golden city view.

As well as the beaches along the southern coast of the Marjan peninsular there are a few closer to town. Bacvice is the nearest beach to the Old Town, located just to the east of the port. This large, gently curved bay is lined with beach cafés. A concrete promenade runs to the west, leading to restaurants with coastal views, and eventually to the port.

Firule is a little further along the coast. The water here is a deeper blue and the backdrop slightly more rustic, with pine trees growing on top of the stone bank and verdant vegetation sprouting from the cracks in the wall. Restaurant terraces hide between the trees, offering views over the white shores and out to sea.

On the rustic northern coast of Marjan is the remote Beach Bene. Pines grow to the paving which edges the sea where ladders lead bathers down into the clear water. 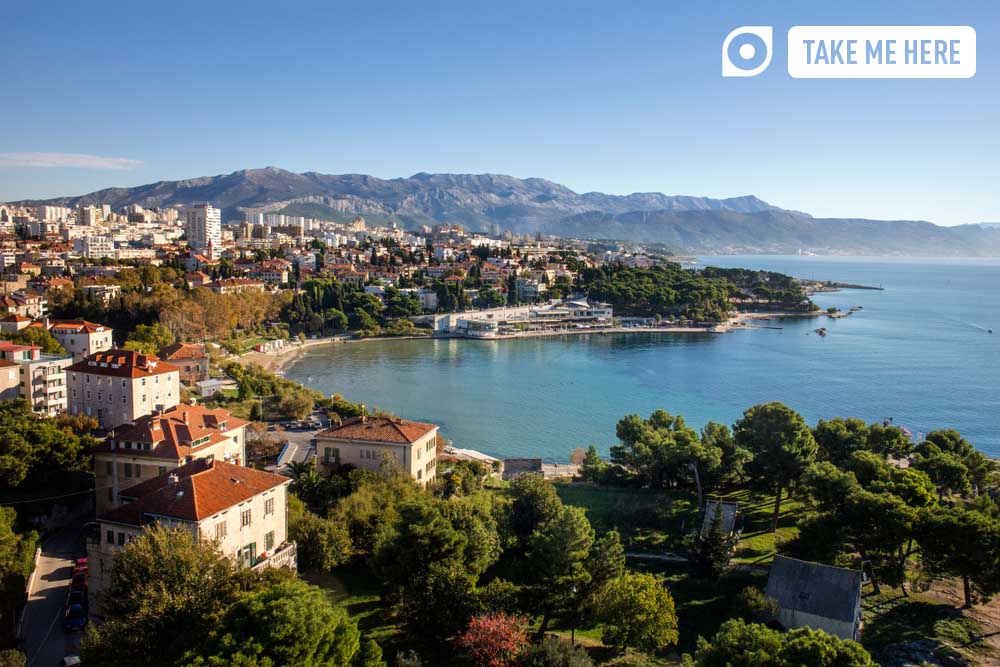 Bacvice Beach in Split is one of Croatia's best-known beaches. Photo: Shutterstock

Ready to take a trip to Split?

Our local experts can arrange wonderful trips to Croatia for you. Simply get in touch with us to share your ideas for the trip and let us know when you would like to travel. We can then create an itinerary especially, which you can amend until you're totally happy with every detail before booking. Our existing Croatia itineraries can provide inspiration, and remember that all of our planned itineraries can be fully tailored to suit your requirements.

I just wanted to let you know that we had an AWESOME trip to Slovenia and Croatia. It was the most seamless trip ever and we all appreciated all of your hard work to make it so. We so enjoyed all our tour guides and drivers, all of who were both personable... Read more

I just wanted to thank you again for a fantastic trip. You made my husband's birthday vacation wonderful. Every driver and every guide was professional, knowledgeable and fun. They made the tours delightful! The hotels were amazing and every arrangement went perfectly. I'll be recommending your agency to every friend and family member that goes to Croatia. And the next time we go back we'll contact you again. Thank you for a beautiful and memorable trip!