Weird and wonderful Halloween traditions from around the world

Autumn is a spooky time of year with Halloween just around the corner. The nights are long and dark and filled with the souls of the dead. Find out some of the strange ways countries around the world celebrate this unusual pagan festival and decide where you want your next fright night to be. 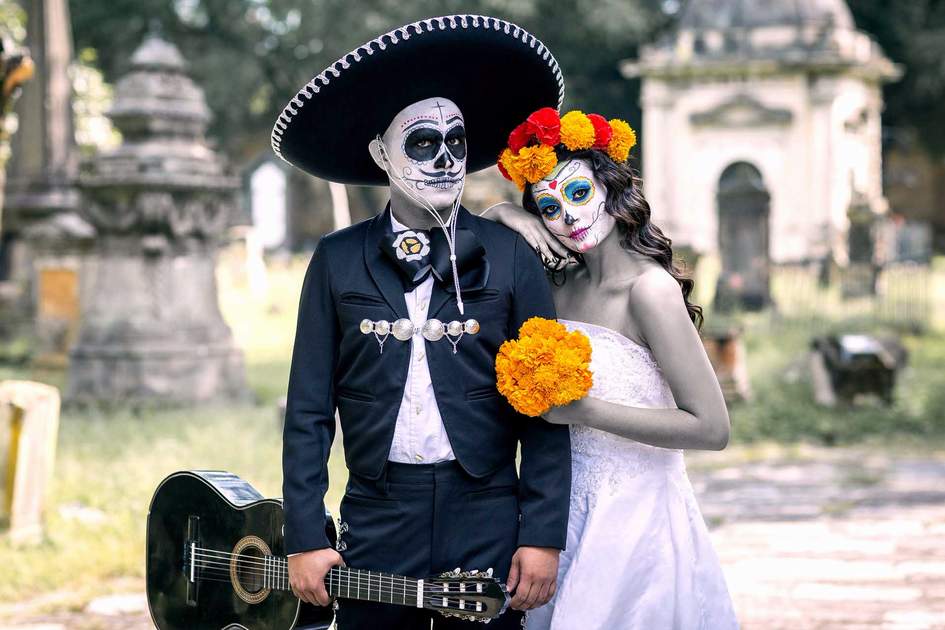 Dia de los Muertos, or Day of the Dead, is celebrated throughout Mexico on the 2nd November. Originally a pagan holiday celebrated in summer, (usually around the beginning of August) this holiday was adapted to suit the Catholic Church following the Spanish colonisation of Mexico in the 16th century to coincide with All Souls' Day. It has also become associated with Halloween. .

Represented by the Calavera (skull) the original festival was dedicated to the ‘Lady of the dead’, the modern day La Calavera Catrina. Family and friends gather at the graves of loved ones, spending the day there, feasting on pan de muerto (bread of the dead) and drinking the favoured alcohol of the deceased loved one.

Special belongings that represent the deceased one, pictures, Aztec marigolds and treats such as candied pumpkin, sugar skulls and letters from the family are also brought to the grave as offerings to tempt and encourage the souls to visit. Blankets and pillows are presented to help the spirits rest after their long journey. Back at home private alters are put together, honouring the dead. Spend this day in Mexico's capital immersing yourself in parades and other festivities on Insight Guides' Mexico's Churros and Chiapas trip.

A three-day celebration ensues on the 31st October starting with Dia de las Brujas (Day of Witches/Halloween), then Dia de Todos los Santos (All Saints' Day) and then Dia di los Muertos (Day of the Dead/All Souls' Day). The dead and the continuity of life is celebrated over these three days. Different towns and villages have their own traditions, each celebrating in slightly unique ways. See how the main cities celebrate on Insight Guides' Cultural Cities of Spain trip. One unique tradition, observed in Galicia, is the making of Queimada. The drink is mixed in a hollow pumpkin; spirit distilled from wine with herbs, citrus peel, sugar and unground coffee. A spell is said throughout the making and drinking. It is believed that this will distance any bad spirits. Decorations of carved pumpkins and costume parties are more traditional festivities that can be seen in all towns on Halloween.

All Saints' Day is celebrated with an autumn fair of music, dancing and seasonal delicacies such as roasted chestnuts, sweet potato, sweet wine and marzipan cakes. All Souls' Day is celebrated much the same as it is in Mexico; visiting the grave of loved ones and giving offerings to the souls.

Scotland is another Celtic country where the end of harvest festival, Samhain, was celebrated. Different traditions arose here, some of which are still used to celebrate around the world today. Children dressed up in disguise to scare off evil spirits that roamed their villages in a tradition known as guising. Mummers dressed in scary costumes and performed short shows, in return for gifts of food, in the flickering light of the candles set in turnip lanterns that kept the dead away. Dooking for apples and eating treacle covered scones retrieved from a rope using only your mouth were other favoured festival traditions. You can still see all of these traditions in Scottish Halloween celebrations today, albeit adapted slightly.

One lost tradition is that of apple peeling. In times gone by, people would peel a whole apple in one go, and then throw the peel over their left shoulder. The shape the peel landed in would supposedly be the first letter of your future spouses' name.

Dia de los Difuntos is celebrated on the 2nd November in Ecuador (Day of the Deceased). As with Dia de los Muertos families visit the graves of deceased family members, taking plates of food to enjoy. A plate of food is left on the grave for the deceased after the festivities.

Baked dough is filled with jam or other sweet sauces and decorated to make the traditional guaguas de pan or bread babies. They are freshly baked either by the family or in a bakery and bought to be eaten on this day. Colada Morada is the traditional beverage to accompany the bread babies. Made by cooking blackberries and blueberries, and adding cinnamon and cloves to spice the pulp. Oatmeal is added to thicken the liquid before blending until smooth. Delve into Ecuador's traditions on Insight Guides' Ecuador: History and Culture trip. 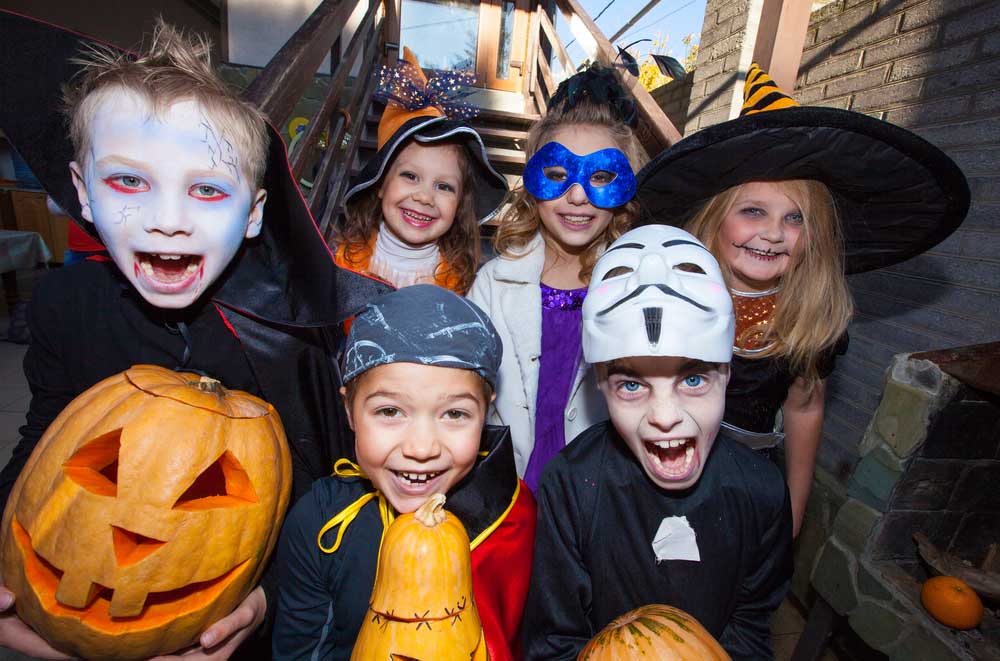 Carved Pumpkins are used in Italy to light the path for the dead to return to their loved ones. They are also used to hold offerings for the dead, such as wine. Many towns and cities now also celebrate with parades of music, lights and fires. People dress up as witches, ghosts and ghouls and children knock at doors in the local community asking for sweets in return for prayers for their dead. They also receive gifts at home from their deceased family members. Visit Italy on one of Insight Guides' suggested itineraries.

In the month leading up to Halloween, people in Singapore will start preparations and planning to create an eerie feel for the holiday. Like many other countries, Singapore celebrate the dead over the three-day period from 31st October to 2nd November. However, traditions in the western world such as trick or treat are not popular in Singapore. Absorb the eerie atmosphere on Insight Guides' Singapore Family Fun trip.

Spooky parades, torchlight processions and carved pumpkins lighting the streets all help create the desired atmosphere. Other celebrations include guided tours of some of the scariest places in Singapore including haunted mansions, graveyards, parks and hospitals. There are parties aplenty with people in costume and painted faces, spookily themed dinners can be attended and night safaris have ghosts, witches and devils lurking among the animals. 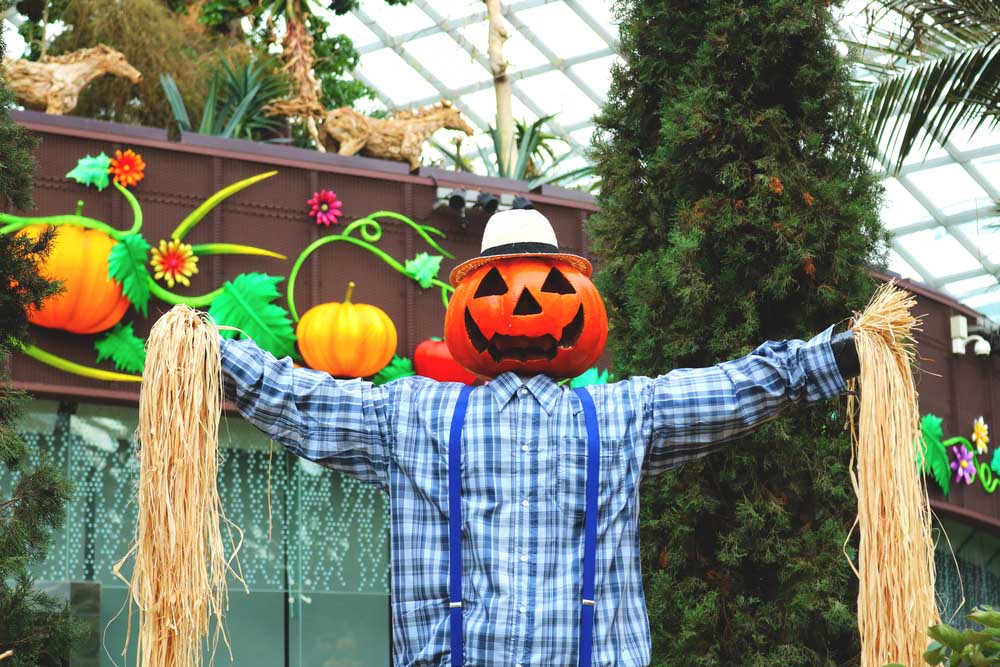 Seleenwoche is a celebration of the dead in Austria from October 30th to November 8th. Lamps are lit and left flickering, lighting the dark nights to welcome back the souls. Bread and water is left on dining tables overnight as refreshment for any visitors.

Families attend graves on All Saints' Day, decorating them with wreaths and lanterns. Mass is sometimes held graveside and holy water sprinkled over the graves, blessing the souls of the dead that lay there. Church services are also attended on All Saints' Day, honouring saints and martyrs of the Catholic faith. Requiem masses are held on All Souls' Day honouring dead loved ones of those who attend.

Samhain is said to be the origin of modern-day Halloween. A celebration of the end of harvest season, at the end of summer before the cold, long and dark nights arrived. It was one of four seasonal Celtic festivals and the one most associated with death as the possibility became very real for many people. This division of the year between the short nights and long nights was also believed to be when the barrier between the living and dead was thinnest.

Spirits of families and friends were welcomed but evil spirits were warded off by lighting bonfires, and people disguising themselves in masks and costumes. Special dishes were prepared such as Barmbrack (a bread made with sultanas and raisins) which was offered to children who knocked on doors saying prayers for the souls of the dead. Barmbrack is still baked and Halloween is celebrated in many Irish towns and cities with bonfires, fireworks and parades of costumed people.

Pangangaluluwa is the equivalent of Trick or Treat in the Philippines. Children knock on doors asking for Abuloy (alms) to pay for masses honouring the dead and prayers for the dead stuck in purgatory. Other celebrations in the Philippines are much like the Dia de los Muertos festival but extended over a longer period.

During the week leading up to Halloween graveyards are tidied; the grass is cut, the gravestones are cleaned and paths are swept. People head back to their hometowns in order to celebrate the dead on All Saints' Day (1st November). On this day families go to the graves of their loved ones, taking fresh flowers, lighting candles and saying prayers. Food and drink is enjoyed along with collective music to celebrate this day. Some will go to graves on All Souls' Day instead, for a quieter remembrance.