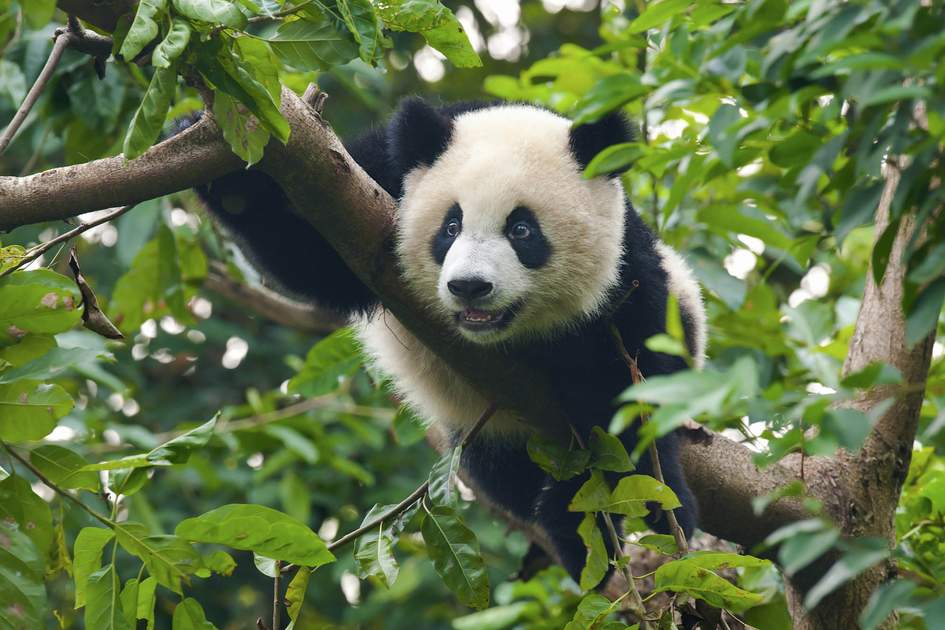 Wildlife in China: The giant panda.

The wildlife in Chinais as diverse as it gets. The country's vast territory encompasses practically every climate and habitat on earth, from frigid Siberian taiga to tropical rainforest. Central and southern China’s location at the boundary of the temperate and tropical zones ensures that there is also an abundance of endemic species, with 17 percent of mammals and 36 percent of reptiles found nowhere else on earth.

To get up close to China's wildlife, including giant pandas, book China and Tibet – An Unforgettable Adventure.

Much of China is mountainous, and it is in the remote montane forests that some of the most spectacular wildlife survives. Western Sichuan is home to the giant panda (a few also survive in the Qin Ling Shan further east), and its smaller relative, the red panda. Snow leopards prowl at higher elevations throughout the Himalayan zone. Further south, a few clouded leopards, black bears and golden takin remain in the wilder parts of Yunnan, while the tropical south of that province still shelters wild elephants. The Siberian tiger is endangered in the far northeast and the South China tiger is considered extinct in the wild – though conservationists are breeding cats in South Africa with hopes of reintroducing them to their native land.

A handful of South China tigers may remain in the forests of northernGuangdong; the larger, paler Manchurian tiger is endangered in the far northeast. Meanwhile, the wide open spaces of western China are home to herds of Tibetan antelope and wild Bactrian camels. Numerous species of monkey thrive in southern and southwestern areas, including the rare golden monkey.

Other wildlife in China include the giant salamander and Chinese alligator, although the Yangzi dolphin (baiji) has been declared extinct. Birdwatchers are drawn to some of China’s lakes and wetlands, stopping-off points for various species of crane on their migration between Siberia and tropical Asia. Colourful tragopans can also be seen in the forests of the southwest. 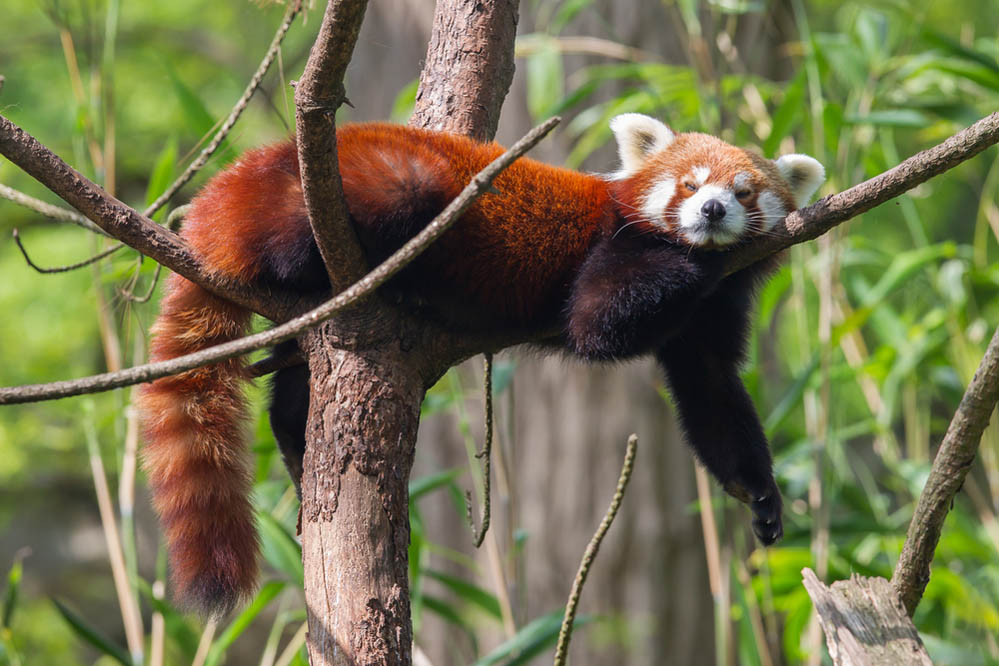 Centuries of population pressure compounded by rapid economic growth and a cavalier attitude towards the natural bounty (particularly during the Mao years) has put the landscape under intense pressure, destroying many habitats and threatening the survival of numerous species. The demand for animal parts from the Chinese medicine trade and the local penchant for eating anything that moves have also contributed to the decline. Some faltering progress has been made to preserve the country’s biological diversity, but the challenge remains enormous.

China’s State Environmental Protection Administration works hand in hand with international agencies such as the WWF, the Wildlife Conservation Society, Wetland International and the National Geographic Society in a bid to protect species such as the giant panda (xiongmao), the giant salamander (wawayu) and the golden, or snub-nosed, monkey (jinsi hou). Some nature reserves are also Unesco World Heritage Sites, a status that brings in much-needed investment and useful experience in management. Since the establishment of Dinghu Shan Nature Reserve in Guangdong province in 1956, China has created over 700 nature reserves, and 8 percent of China’s land is now protected. 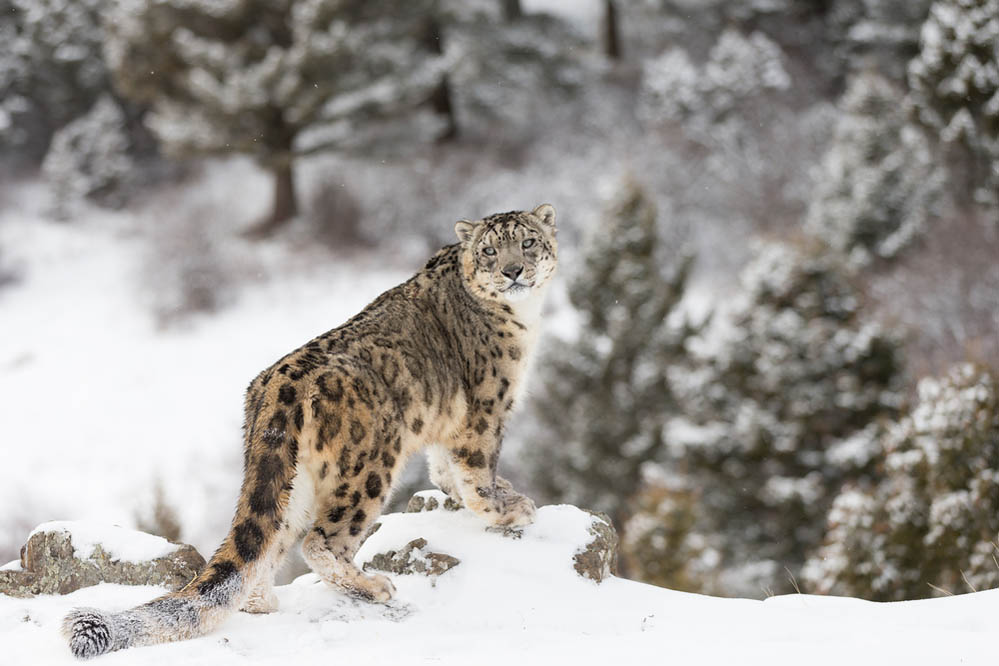 Internationally adored, the giant panda's endangered status is partly due to man’s impact on the environment and partly due to their specific sustenance needs: their principal food is the arrow bamboo, which periodically dies off across large swathes of forest, leaving the pandas having to make do with an alternative, omnivorous diet. Some of the weaker ones cannot cope with the change and starve to death.

Less well known than their black-and-white cousins, red pandas thrive in the sub-Himalayan forests of Yunnan and Sichuan.

Blood pheasants live in the forests of northwestern Yunnan. Together with their close relatives, the tragopans, they are some of the most spectacular of Chinese birds.

Tibetan antelope (chiru in Tibetan) are under threat from poachers who can make big profits from the animals’ fine wool. But population numbers are thought to remain over 70,000, so it is not classified as an endangered species. 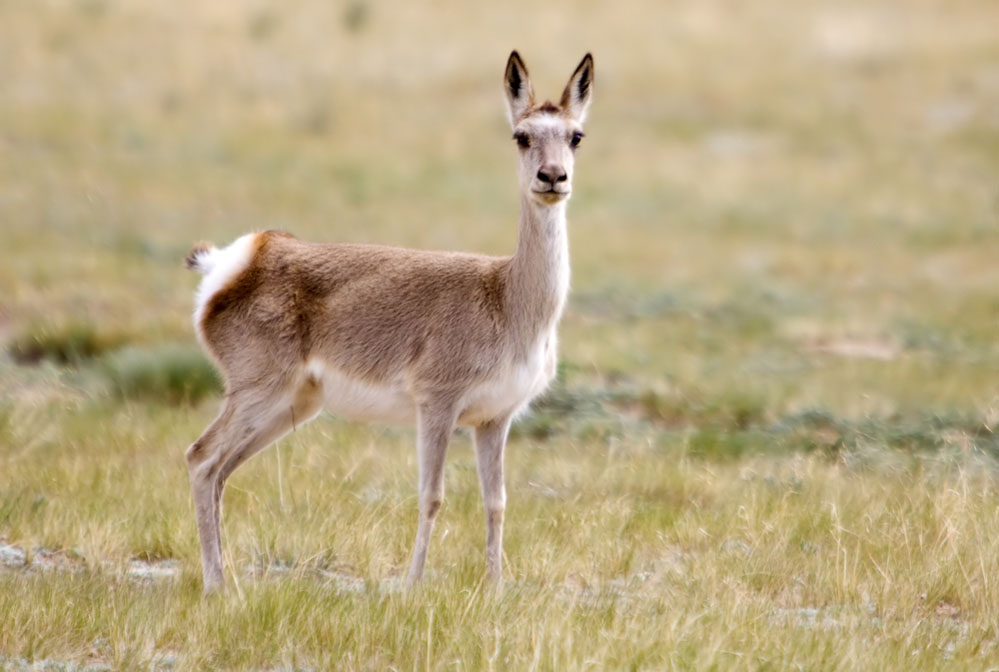 Book a trip: China and Tibet - An Unforgettable Adventure

Read more: 10 of the Best Chinatowns Around the World