Best islands to see in the Galápagos

Follow in Charles Darwin’s footsteps with a visit to the Galápagos Islands, a marvel of isolated evolution supporting unique wildlife, much of which is found nowhere else in the world. Here is our guide to the best islands to see in the Galápagos. 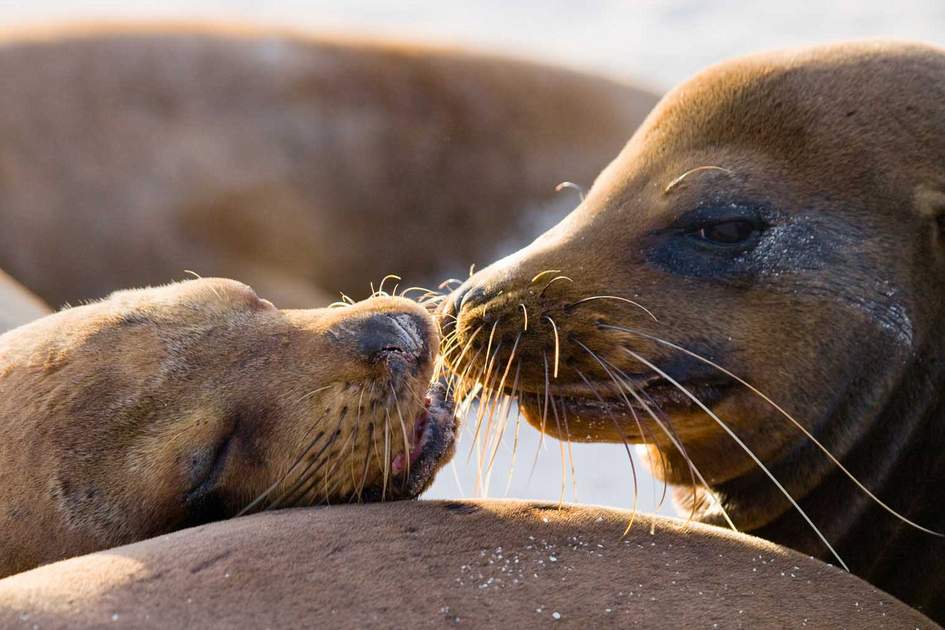 The unique ecosystem of the isolated archipelago comprising the Galápagos sustains a plethora of unusual species. And there is abundant incredible wildlife to appreciate, both on the islands and the waters that surround them.

The second-largest and most densely populated island in the Galápagos is Santa Cruz. Most vacations start here at the township of Puerto Ayora. The main attraction on the island is the Charles Darwin Research Station where visitors can learn about Darwin's research and his theory of evolution in its small museum and information centre. This is also a good place to see giant tortoises in the station's breeding house, which is home to some young, and numerous mature specimens of several subspecies.

The islands closest to Santa Cruz are the most easily visited, although not necessarily the most interesting for naturalists. Day trips are run by various agencies from Puerto Ayora, although these can require a lot of traveling time on the water if you want to visit more than one.

Only 24km (15 miles) from Puerto Ayora is Isla Santa Fe (also known as Barrington), a barren island with gently sloping hills dotted with huge prickly pear cacti. Sea lions play in the shallow waters and sleep on the soft, white sand beaches which envelop the coast. Santa Fe is one of the best places to see the shy, endemic Barrington land iguana. 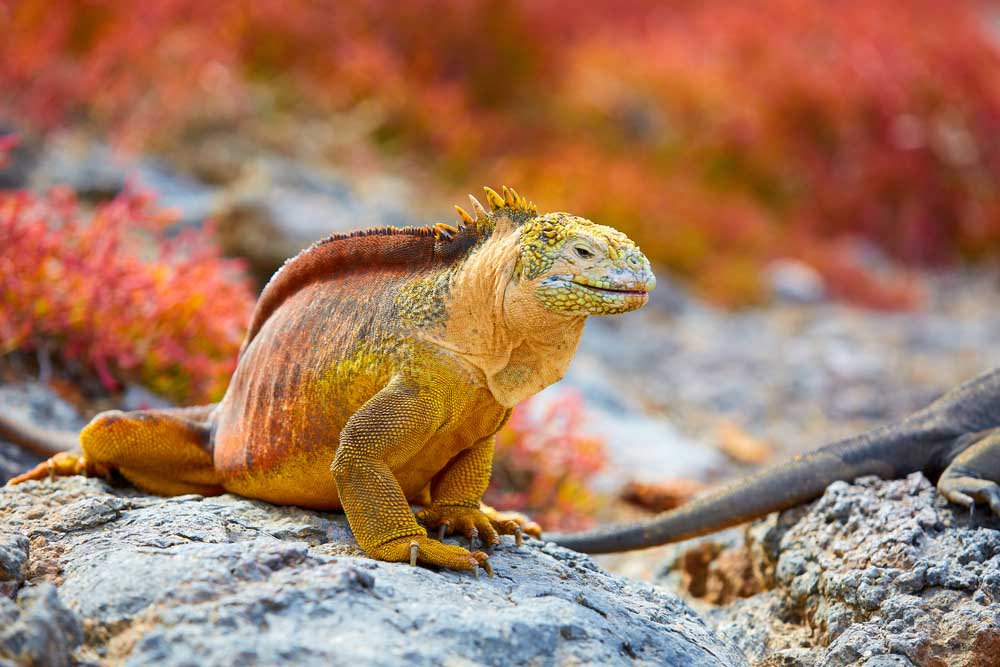 Off the northeastern coast of Santa Cruz is the tiny island of Plaza Sur, covering an area of just 13 hectares (32 acres). The rugged, rocky coast is crowded with sea lions, however swimming with them is not encouraged here as the macho or bull sea lions can be aggressive.

Plaza Sur is generally teeming with animal life – there are land iguanas aplenty, often camouflaged sunbathing on the black volcanic rocks, which are also populated with seabirds, as well as the rare Galápagos hawk.

Isla Seymour is separated from the larger island of Baltra, the airport island, by a channel. The uninhabited Isla Seymour is one of the Galápagos' best breeding grounds for seabirds. Guided tours are the only way to explore the island, passing through forests of Palo Santo trees and crossing the desolate landscape to see blue-footed boobies, which are so common visitors must be careful not to step on any nests that may have been built on walking trails. The island is also home to magnificent frigatebirds. 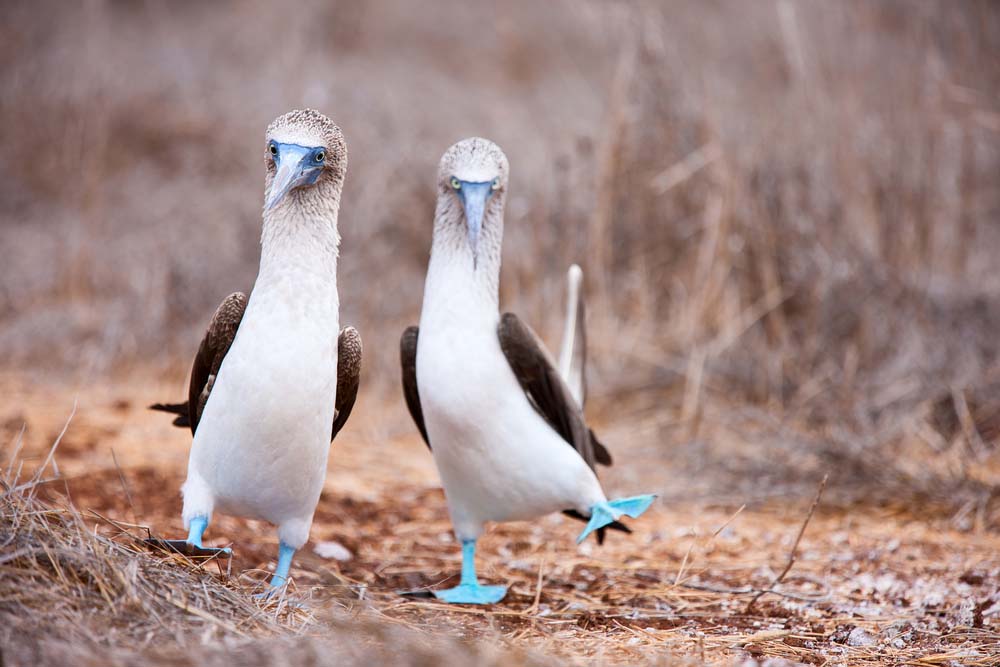 One of the larger islands relatively close to Santa Cruz is San Salvador, also known as Isla Santiago, where Sugarloaf Volcano dominates the horizon with its perfect cone shape, giving way to an otherwise flat island. This is one of the best places to view marine iguanas that sun themselves on the jagged volcanic rocks that line the shore. Deep pools and caves have been created in these rocks allowing marine bird species and fur seals play. Fur Seals' Grotto is a good place to snorkel with the playful creatures, while the best spots for swimming are Espumilla Beach and Buccaneer Cove.

Lying off the east coast of San Salvador, the small 120-hectare (300-acre) island of Bartolomé is one of the most picturesque in the Galápagos. The highlight of a visit is the steep climb up Cerro Bartolomé: the view over lunar fields of dried lava, craters, and out over the jutting, honeycombed Pinnacle Rock is spectacular. The heat can be quite intense, but there is a great place to cool off at the bottom of the rock. Here, penguins, sea lions and marine birds can be seen by snorkelling in the refreshing clear water. On the other side of the island dozens of reef sharks patrol the sea just meters from the waters' edge, another great spot for snorkeling. 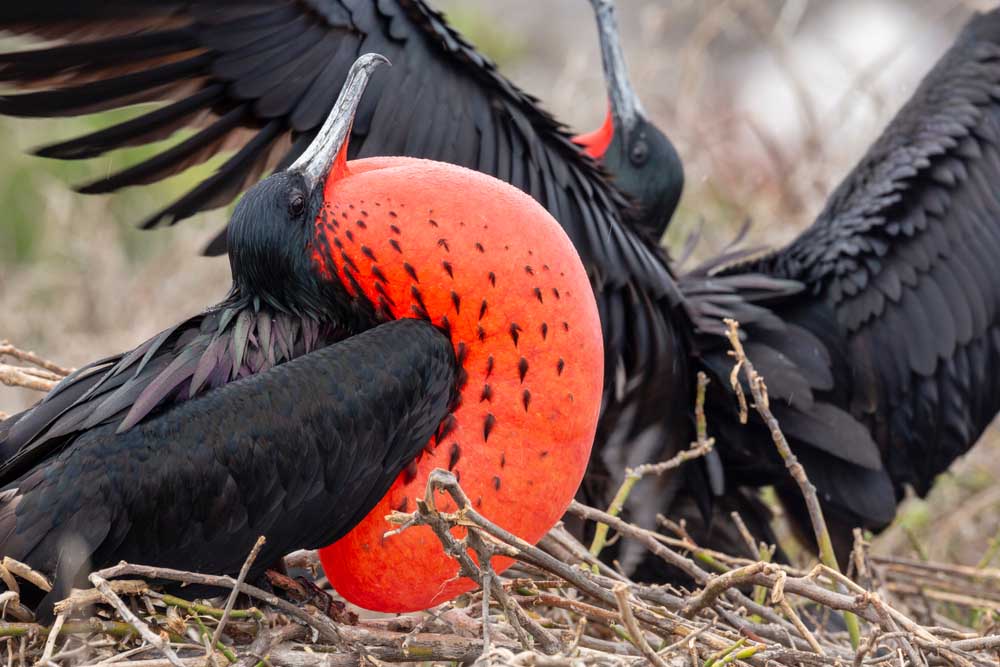 South of San Salvador is the island of Rábida, which has a dark-red sand beach (due to its high iron-oxide content) along which hundreds of sea lions lounge. Indolent and clumsy on land, they are surprisingly energetic in the water – this is a great place to observe baby sea lions.

A path into the interior of the island passes a marshy lake full of bright pink flamingos – the pinker the flamingo, the healthier it is. The feather color comes from the diet of shrimps they sieve through their beaks.

Another interesting spot is Caleta Tortuga Negra (Black Turtle Cove). This tidal lagoon leads into a maze of mangroves. It can only be visited in motorized panga dinghies, by cutting the motor and paddling quietly through the natural tunnels formed by the trees. The area's brackish waters are full of white-tipped sharks and mustard rays. But it is most famous as a mating spot for Pacific green turtles.

Some 120km (75 miles) in length and shaped like a seahorse, Isabela is the largest of the Galápagos Islands. The island's main attraction is the giant tortoises which slowly roam the scrubby land. Other attractions include the lava field, which can be seen by climbing a trail from Tagus Cove. Snorkeling and diving are worthwhile activities anywhere in the Galápagos Islands but particularly good off Isabela where reef sharks, spotted rays, turtles, giant seahorses and numerous colorful reef fish can be seen in the shallow waters. A panga ride along the cliffs can reveal colonies of penguins and other seabirds.

On the other side of Isabela is Fernandina, the most westerly and one of the least visited islands in the Galápagos due to its remoteness. It has one visitor site at Punta Espinosa, with some impressive lava flows (this was probably the most recently formed major island, and still has some volcanic activity). Along its shores are penguins and hordes of marine iguanas. The shores of Fernandina are also good for diving as well as the water surrounding the even more remote Darwin and Wolf islands north of the main archipelago. Hammerheads, whale sharks, manta rays, as well as various species of whales and dolphins, can be seen in huge numbers in varying seasons. 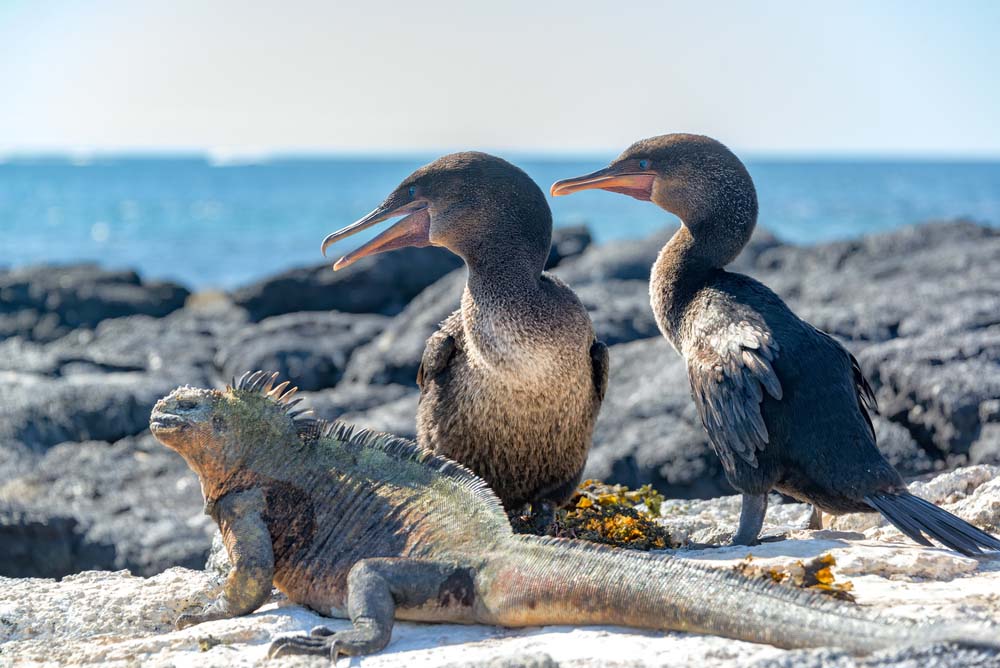 The most southerly island in the Galápagos is Española, which is best-known for its seabirds, particularly the waved albatross. Twelve thousand pairs nest here, the world's entire population. During the mating season, they begin 'fencing' by knocking their beaks together and waddling about. Punta Suarez, a scrubby, forested area on the western tip of the island, gives way to golden sandy beaches on the shoreline where iguanas, boobies and albatross are common sights. Bahia Gardner on the northern shore is another idyllic beach where sea lions gather.

At the eastern point of the archipelago lies San Cristóbal, the second-largest centre of human population after Santa Cruz: some 5,000 people live in Puerto Baquerizo Moreno, the provincial capital of the Galápagos. This island has seen a development boom so there are several hotels and restaurants which service the town. There is a small museum run by the Franciscan fathers, a monument to Darwin, and, at the entrance of the port, a rock called León Dormido (Sleeping Lion), which can be climbed to take in panoramic views of the island.

Insight Guides can help you plan and book incredible trips to the Galápagos Islands. Simply get in touch to let us know your ideas for the trip and when you would like to travel. Our local experts will then create a tailor-made itinerary which you can amend until you're completely happy with every detail before you book. Our existing itineraries can offer inspiration, and all of our planned itineraries can be personalised to meet your specific needs.