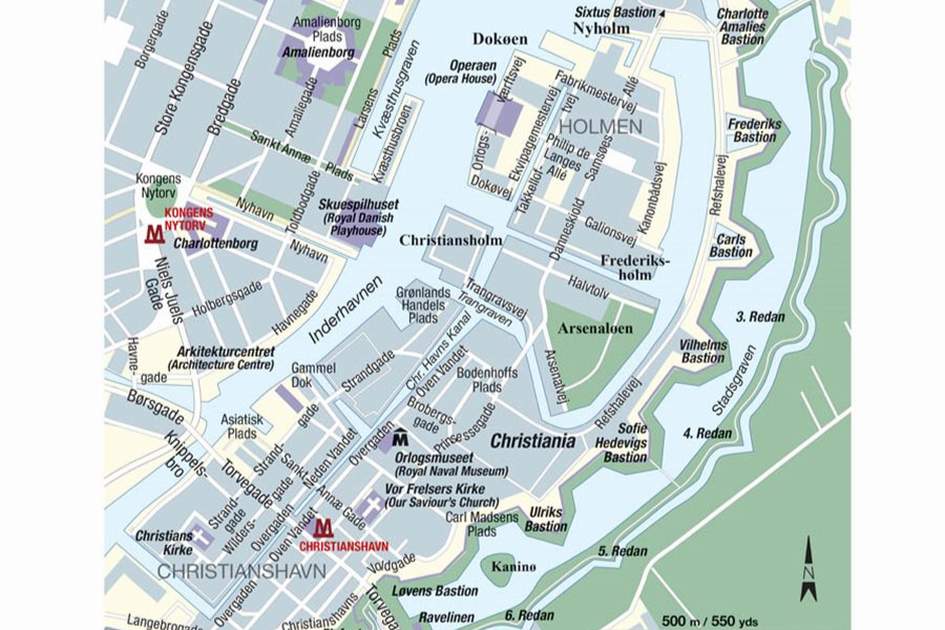 In a beautiful position on Copenhagen's waterfront, Christiania offers a way of life far removed from the bustle of a city. In 1971, a group of alternative thinkers founded the 34-hectare (84-acre) “Free City” complete with woods, dirt roads, workshops, restaurants and funky houses.

The hippy playground in the heart of the city – only 1km (1⁄2 mile) from the Parliament buildings – occupies what was previously an abandoned 19th-century military barracks in Christianshavn. The Christianites, about 850 people of all ages, cultures and income levels, have converted barrack blocks, workshops and powder magazines into a place where they can live and work. There are only four rules: no hard drugs, no cars, no gang insignia, no weapons or violence. 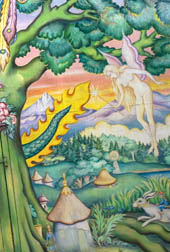 From the entrance on, Christiania is a sensory overload. Buildings are painted with rainbows, spiritual figures and politically defiant graffiti. There are barefoot cyclists, their baskets full of vegetables; earthy-smelling organic markets; recycling warehouses; workshops and stables. Resident children play in an “organic kindergarten”, where modern equipment is replaced with nature. Houses along the leafy path have names such as “The Blue Banana” or “The Pyramid”.

Christiania has some of the best restaurants in the city, including SpiseLoppen (The Eating Flea), in the warehouse by the front entrance. In the same building is Loppen, a music club. Månefiskeren (The Moon Fisher), a café in the heart of the collective, serves excellent coffee in a “far-out” atmosphere.

For years, Christiania’s unusual social experiment was tolerated, but since 2004 the Danish government has stepped up measures to “normalise” the area. A police crackdown on “Pusher Street”, where marijuana was once sold openly, drove the drugs trade underground. In 2006 the government proposed that all buildings should be privately owned, a suggestion fiercely rejected by the Christiania collective. When government workers entered Christiania in 2007 with a police guard and began to demolish a derelict building, tension quickly turned to violent protest, with 59 arrests.

Christiania’s future looks uncertain, as government and big business press to turn a spirit-of-Woodstock piece of prime real estate into an affluent suburb. Visit while it still exists.

An inexpensive walking tour leaves at 4pm from the front entrance (July daily, rest of year weekends) – this is the best way to see the Free City and get a broader perspective. Christiania’s tourist guide (10 DKK) provides a detailed history and self-guided walks. 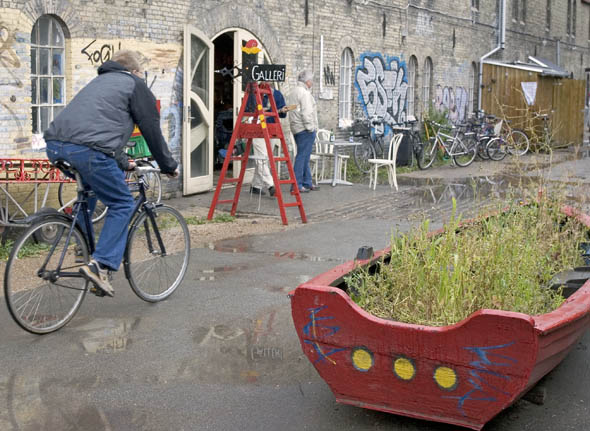