Iceland folklore: legends in the Land of Ice and Fire

Iceland is famed for its wild landscapes and natural marvels. And alongside the major sights, a rich folklore tradition is woven into the country’s cultural fabric. Stories of mythical creatures have passed down through generations – here we unravel some of Iceland’s most intriguing folk tales. 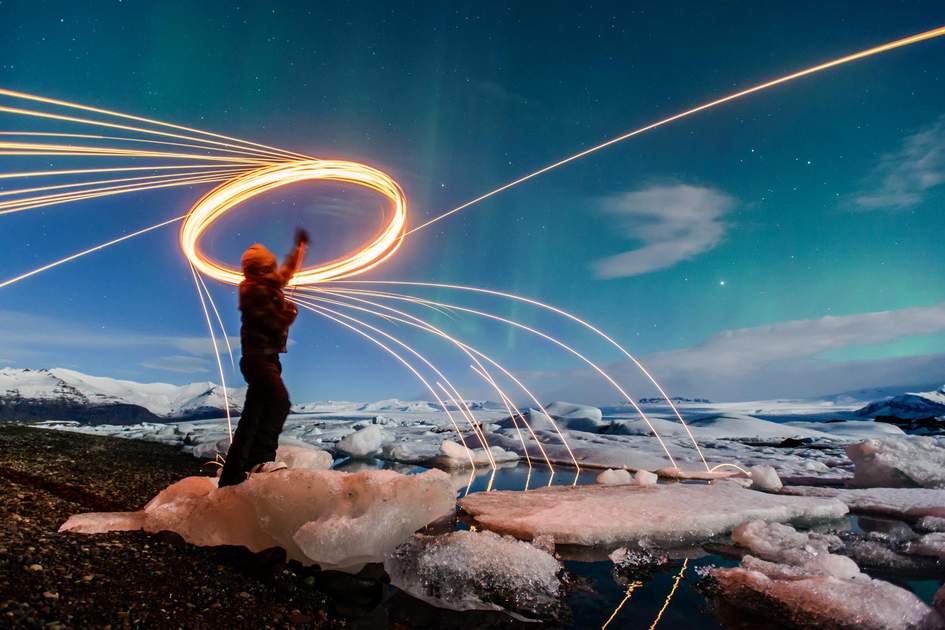 Destinations such as the Jökulsárlón lagoon, where glacial flows from Iceland’s volcanic interior produce icebergs, are rich in both natural wonder and folklore. Photo: Supreecha Samansukumal/Shutterstock
PrevNext

Of all the country’s fabled creatures, Icelandic elves or huldufólk (‘hidden people’) are the most ubiquitous. These covert, human-like folk are thought to live hidden away in rocks and craggy lava fields, only revealing themselves to people when it pleases them: traditionally on Midsummer’s Night and New Year’s Eve. Icelanders tend not to agree on the origins of huldufólk folklore, though some suggest the roots lie in Christian stories.

While exploring the country’s vast open terrain, look out for álfhól – dinky wooden houses, painted in bright colors and built for Iceland elves. You might also see little doors painted onto rock faces.

While the elves are notoriously secretive creatures, there are certain areas of Iceland believed to be a haven for huldufólk. One such place is Hafnarfjördur, a little town around 20km south of Reykjavík. Book onto a ‘Hidden Worlds’ tour of the area and to be guided around some favored elfin spots with an expert guide who will share nuggets of wisdom about Iceland’s elf folklore. A top stop is leafy Hellisgerdi Park, with its picturesque álfhól.

In Reykjavík, pay a visit to the popular Elf School – here you can learn all there is to know about Iceland’s hidden people, with some insights on trolls and other magical creatures thrown in for good measure. 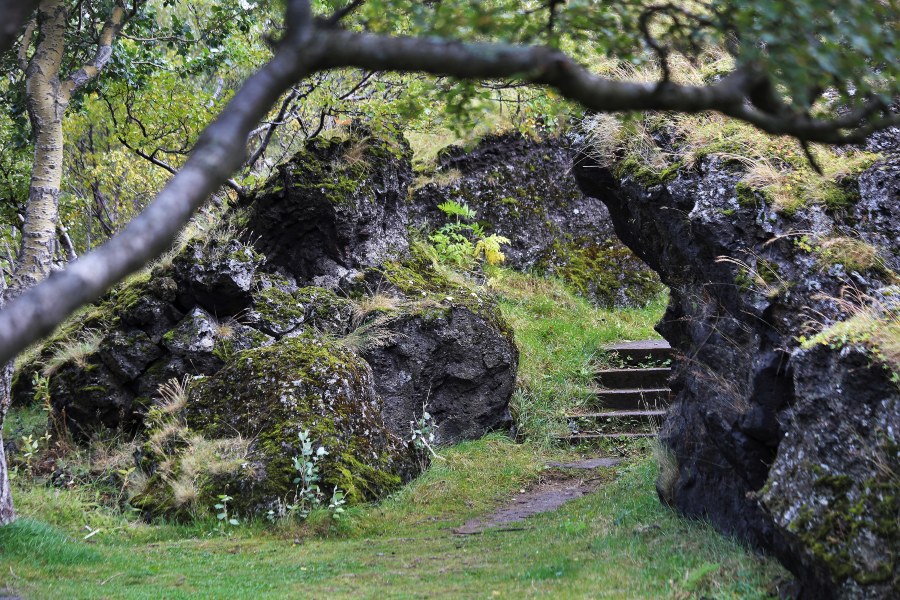 The Icelandic answer to Santa Claus, the Yule Lads are 13 mischievous beings believed to visit children in the run up to Christmas. Children traditionally leave shoes on their windowsill for the Lads, who will fill them with rotten potatoes or sweet treats depending on the youngsters’ behavior.

But the most intriguing character of this folktale is the Yule Lads’ mother, Grýla. Believed to be half-troll, half-ogre, Grýla has an appetite for badly behaved children, kidnapping them and cooking them for dinner.

If you dare, you can visit her mythical home in northern Iceland. Dimmuborgir, near Lake Mývatn, translates to 'Dark Castle', a fitting name for this area of stark lava rock formations and secret caves and coves. It’s thought that Grýla, the most formidable creature in Iceland folklore, lives hidden amid the brooding landscape.

Numerous walking trails zig-zag around the site, running the gamut from 10-minute jaunts to hour-long hikes. Game of Thrones fans will also be excited to learn that part of the popular series was filmed here. 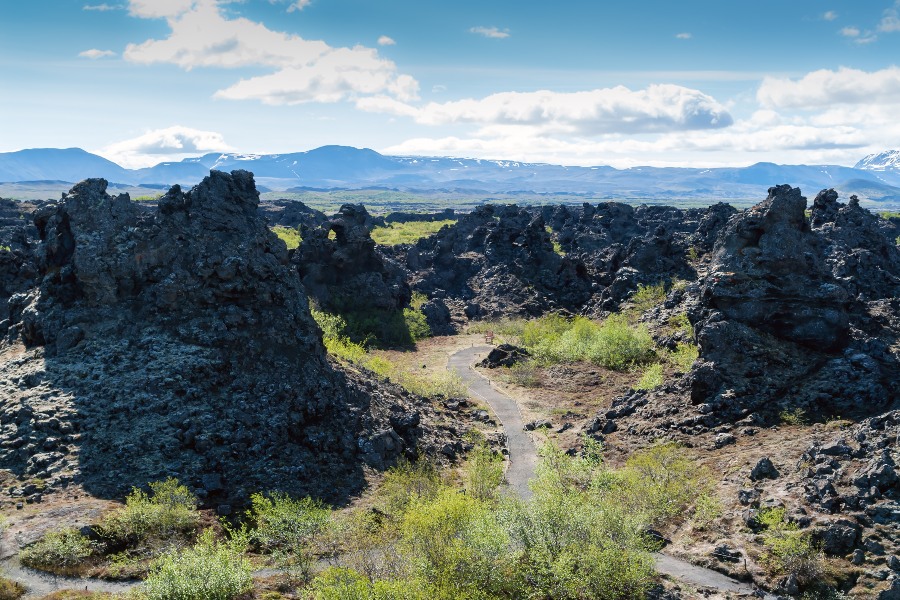 After elves, trolls are the most persistent characters in Iceland folklore. Generally considered to be less elegant and intelligent than huldufólk, these frightful beings survive only in the dark, living out their days in Iceland’s most remote mountainous areas.

One of the best places to learn about trolls in Iceland is at the black-sand beach of Reynisfjara, close to the little town of Vík í Mýrdal. Look out to sea and you will see a series of basalt sea stacks soaring above the foaming waves. These mighty rock formations (named Reynisdrangar) are thought to be the bleak remains of a group of trolls. The folktale goes that the creatures were attempting to pull a ship towards the shore when day broke and the safety of darkness was shattered. Immediately the trolls were turned to stone, and they remain a series of jagged bluffs on the horizon.

En route to Vík from Reykjavík, make a pitstop at the Icelandic Wonders Museum in Stokkseyri to enjoy interactive exhibits relating to Icelandic folklore. 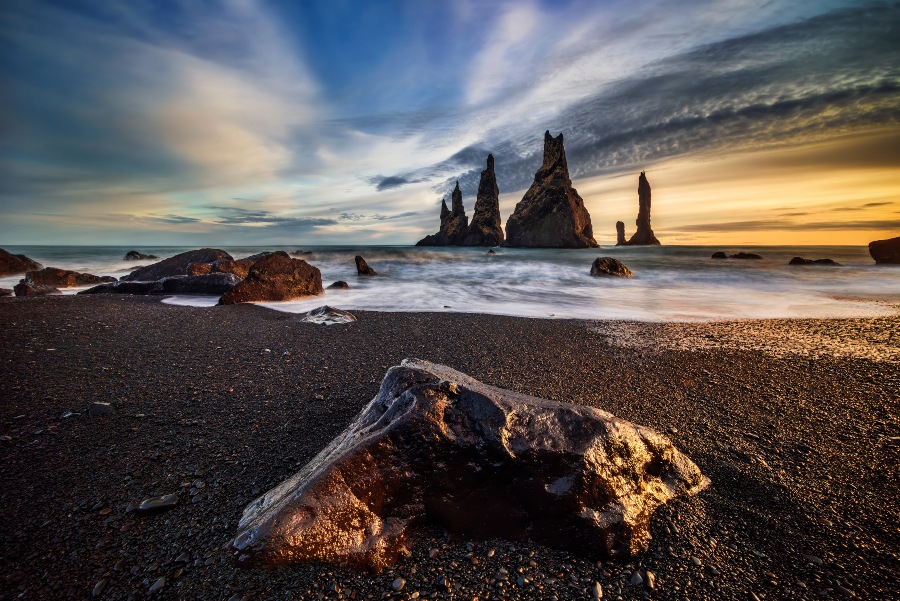 Many countries have folktales that attempt to make sense of one of the world’s great natural wonders – the aurora borealis – and Iceland is no exception. The most enduring tale is that the northern lights help pregnant mothers deal with the pain of labour.

For a comprehensive view of the stories associated with the lights, head to the capital’s absorbing Aurora Reykjavík: The Northern Lights Center. Here immersive displays will chronicle northern lights legends from Iceland and beyond.

But of course, there’s no substitute for catching the lights yourself. Book onto a tour with Superjeep, who will share legends and lore with you as you watch the bands of green and pink light swirl overhead. The experienced guides will take you out once more if you weren’t able to see the lights on your first attempt too. 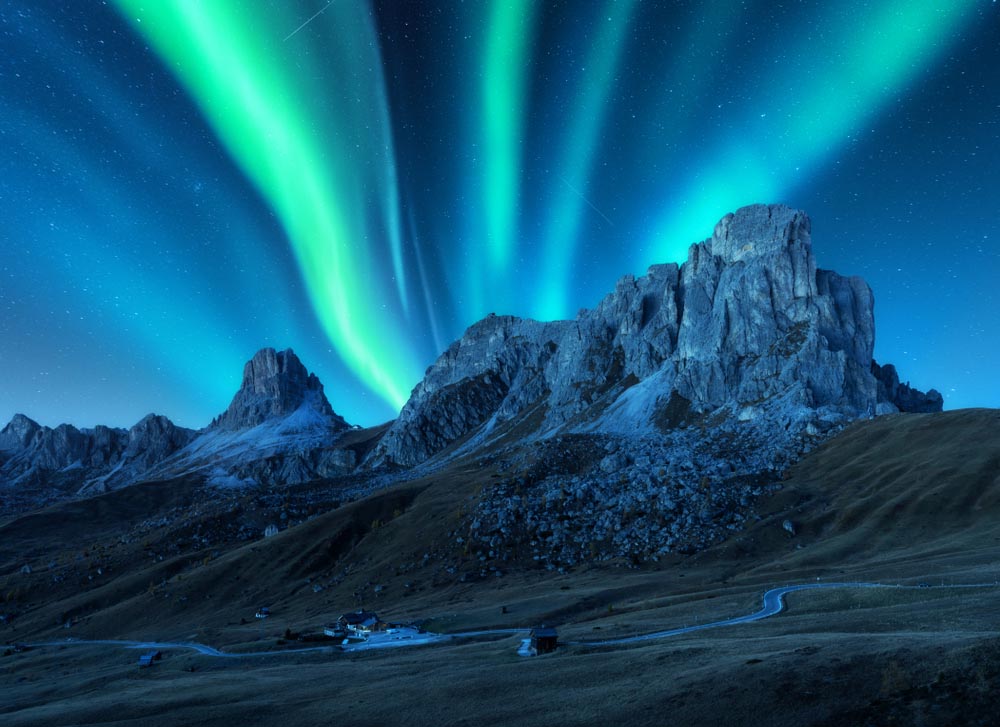 Ready to take a trip to Iceland?

Insight Guides can organize and book wonderful tailor-made trips in Iceland for you. Simply get in touch to let us know your ideas for the trip and when you would like to travel. Local travel experts will then create a personalized itinerary especially, which you can amend until you are completely happy with every detail before booking. Browse our Iceland itineraries for more inspiration, and keep in mind that they can all be tailored to meet your specific requirements.

We had an amazing stay in Iceland and definitely want to come back soon and explore some more. The itinerary was daunting but we got it all done with the exception of hiking Glymur trail. The Westfjords and the Peninsula were definite highlights but the... Read more

I must tell you that my tour with you is probably THE best tour I've ever taken (and I've taken a lot). My guide Rico set a bar so high that I don’t know if any other tour guide will ever measure up :) I can't say enough great things about him, or about the tour! I was floored by how many gorgeous sights we squeezed into two days. I hope to return someday and I'll absolutely book tours with you again.