Dotted with glaciers and lava fields, Iceland’s elemental landscape is unforgettable but may feel weirdly familiar, even to first-time visitors due to it featuring in Game of Thrones. Discover haunts of the show’s characters with our guide to Iceland's best Game of Thrones filming locations. 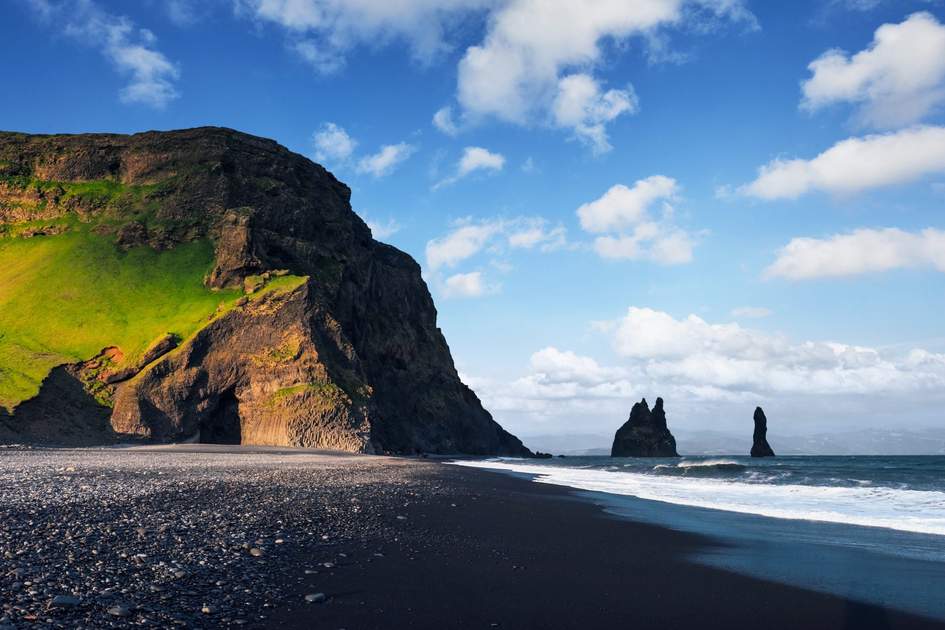 The black-sand beach at Reynisfjara is one of the best Game of Thrones filming locations in Iceland. Photo: Standret/Shutterstock
PrevNext

Be aware that many of the scenes in the series are more than one location spliced together by HBO editors, so don’t be surprised if things look familiar but not exactly right. In this feature, we will be revealing some of the plot lines from across the series – so spoiler alert! Iceland’s best Game of Thrones filming locations include:

Icelanders often say that their country was unfairly named, since it is, after all, strikingly green for much of the year. But anyone paying a visit to the southeast of the country may well disagree. This area features prominently in many scenes of the episode ‘Beyond the Wall’. It is the fictional home of Frostfangs Mountain Range (filmed near Vík) and the Fist of First Men (filmed at Morsárjökull glacier).

Iceland’s southeast region is dominated by Europe’s largest ice cap, Vatnajökull (Marsárjökull is one of its fingers) from which an enormous glacier pours through every crack in the coastal mountains. Skaftafell is the most popular area of Vatnajökull National Park, a land of ice caps and ice caves. Several of Jon Snow and Ygritte’s scenes were filmed here, including the capture of Ygritte and the ensuing chase, as well as that of Ygritte taking Jon to Rattleshirt.

It is also here that you’ll find some of Iceland’s dramatic black-sand beaches, which provide backdrops in Season 7. Black volcanic sands, pounding Atlantic surf and jagged rocks give Iceland’s southernmost coast a certain gothic majesty. Near Vík, the coastline at Reynisfjara reaches out to the Reynisdrangur, towering fingers of black rock standing out to sea and inhabited by colonies of Arctic terns. As you try to stay upright in the wind, marvel at the fact that no land stands between you and the Antarctic!

Sitting just to the west of the mid-Atlantic ridge that is slowly tearing Iceland apart, the Lake Mývatn region is one of the most volcanically active regions on earth. Created by a powerful basaltic lava eruption 2,300 years ago, the lake and its surrounding landscapes are dominated by curiously shaped volcanic landforms such as pillars of lava.

It is here that you’ll find the haunted forest where Sam and Lord Marmont are attacked by White Walkers, as well as the cave where Jon and Ygritte first make love (Grjótjá). Mance Rayder’s Wildling camp in Season 3 (filmed at the lava stacks at Dimmuborgir) was reportedly filmed at temperatures as low as –11° C (12° F ).

Visit Lake Mývatn and many other filming locations as part of Insight Guides' Iceland: A Game of Thrones Road trip.

The Snæfellsnes Peninsula area is packed with historic jewels and literary associations, as well as some iconic Game of Thrones backdrops. Kirkjufell Mountain, perhaps the most memorable, stars as the mountain shaped like an arrowhead, which appears in The Hound’s vision before we see it for real – when Jon Snow and his group set out beyond the wall in search of the dead. 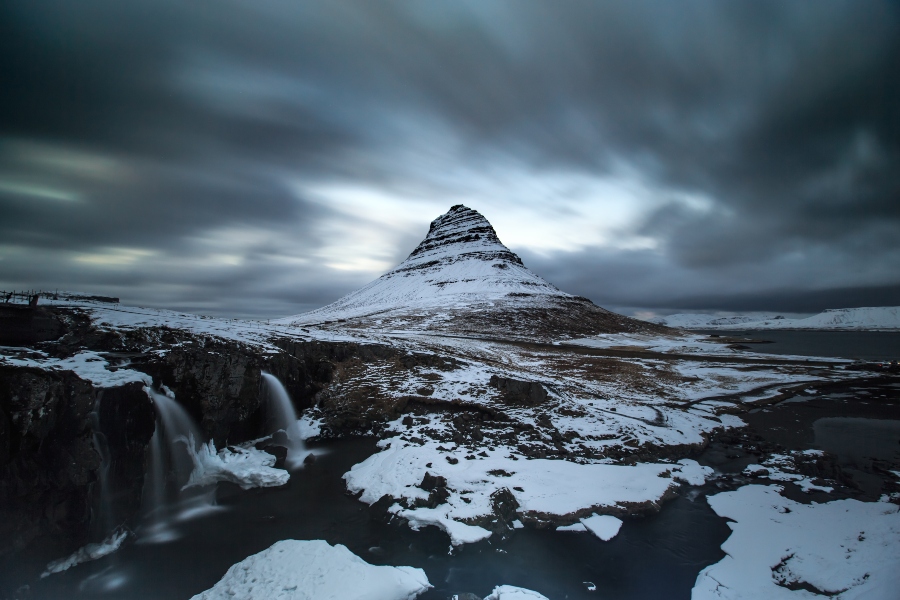 The green area around cute little Þorufoss waterfall features in Season 4. This location is where Drogon steals a goat from an unsuspecting goat herder. What only took one day’s filming was apparently something of an ordeal – finding enough goats for the shoot and even putting up temporary fences to prevent them from escaping!

Þingvellir National Park is the historic heartland of Iceland, and also a Unesco World Heritage Site thanks to its marvelous natural setting and unique medieval Norse culture.

When Iceland’s unruly early settlers decided to form a commonwealth in 930 AD, the site they chose for their new national assembly, the AlÞingi, was the natural amphitheater of Þingvellir, also known as Parliament Plains. It was a grand experiment in Republicanism at a time when the rest of Europe was wallowing in rigid feudal monarchies, and it lasted, despite the odd lapse into chaos, for more than three centuries.

Today, Þinvellir is still regarded with reverence by Icelanders. Its historical weight is reinforced by a serene natural beauty that was used to great advantage in Game of Thrones. Þinvellir features as the pass to the Eyrie, where many of the characters have scenes – Sansa, Arya, Catelyn among them – and is also where Brienne and The Hound engage in their bloodthirsty duel.

See it for yourself as part of Insight Guides' Iceland: A Game of Thrones Road trip. 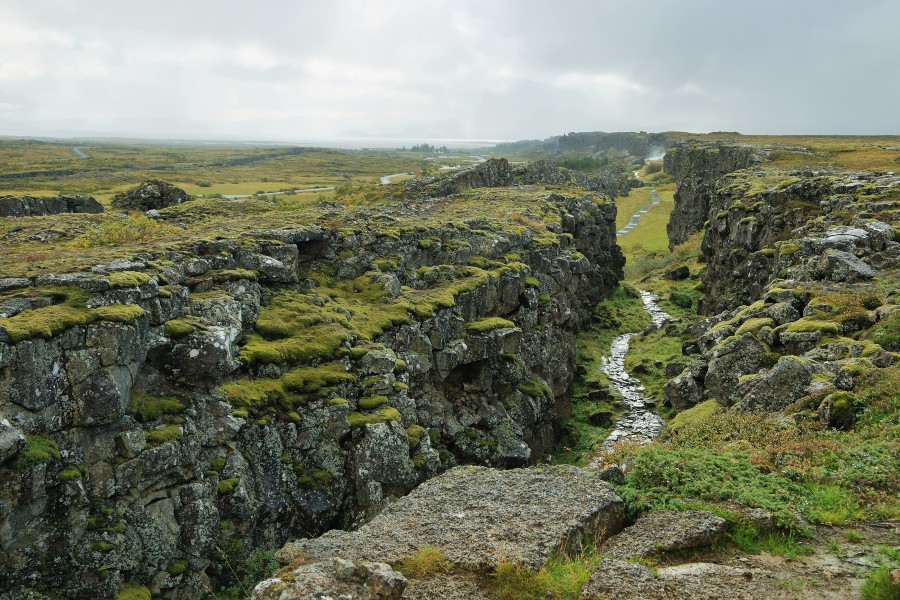 Ready to experience Iceland's incredible locations for yourself?

Insight Guides can help you plan and book wonderful trips in Iceland for you. Simply get in touch to tell us your ideas for the trip and when you would like to travel. Local travel experts will then create a personalized itinerary especially, which you can amend until you are happy with every detail before booking. Browse our existing Iceland itineraries for inspiration, and keep in mind that they can all be tailored to meet your specific requirements.

We all had an amazing time!

Many thanks for all your hard work. We absolutely loved our trip to Iceland.