Ireland's spectacular ruins reveal the drama of early Irish history, while also taking you to some of the most beautiful landscapes in the country. Discover more about the Emerald Isle's many mystical sites with our guide to the top 10 ancient sites in Ireland.

Set amid verdant rolling countryside in County Wicklow, St Kevin’s Church, dating from the 11th century, is one of the top ancient sites in Ireland. Photo: Shutterstock
PrevNext

Located as it is on the western extremity of Europe, Ireland was never conquered by the Romans. As a result, many ancient remains have been preserved, giving the island an unusually rich archaeological inheritance. Exploring the Neolithic, Celtic, and early Christian sites that are dotted around Ireland and learning about their mythology is a fascinating experience. To help you take it all in, here is our selection of Ireland’s top 10 ancient sites.

The Hill of Tara in County Meath, feted in songs and poems, is an impressive limestone ridge affording views across the central plain of Ireland to distant mountain ranges. A Stone Age burial site, once the magnificent headquarters of the Celtic kings, it is unexcavated, with only the remains of ring forts and a standing stone marking the place that was Ireland’s spiritual and cultural capital for millennia.

What to see and do: Set in gorgeous countryside, there are plenty of walks in the area, while the views from Tara – especially clear-sky sunsets – are unparalleled. There's also an informative visitor center, where you can book guides to take you round the site.

Best time to visit: You can visit the hill year-round; the visitor center is open from 10am–6pm May–September. The spring and summer months are the most popular, given the weather is warmer. If you come during the autumn or winter, wrap up warm: most of the site is obviously outside.

In southwest Ireland, Burren National Park in County Clare abounds with megalithic sites. The biggest is the Poulnabrone Dolmen, a distinctive 'portal dolmen' (burial tomb) with a huge capstone that has been adopted as a symbol of the region. It was built about 5,800 years ago, and when excavated contained human remains that were at least 1,500 years old.

What to see and do: There are seven way-marked walking trails through Burren National Park, ranging from a half-hour stroll to a meatier three-hour affair. Guided walks can be booked in-season. There's a wealth of wildlife to admire, too, including seven bat species, red squirrel, and mink.

We recommend visiting the Poulnabrone Dolmen as part of a tailor-made trip in Ireland. Contact local travel expert Tanya who can plan a personalized itinerary taking in all the places you want to visit.

Best time to visit: The information point in Corofin is open from April to September; these are the best months to visit, when you can book guided walks and the spring and summer flowers are in bloom – though the park is open year-round. 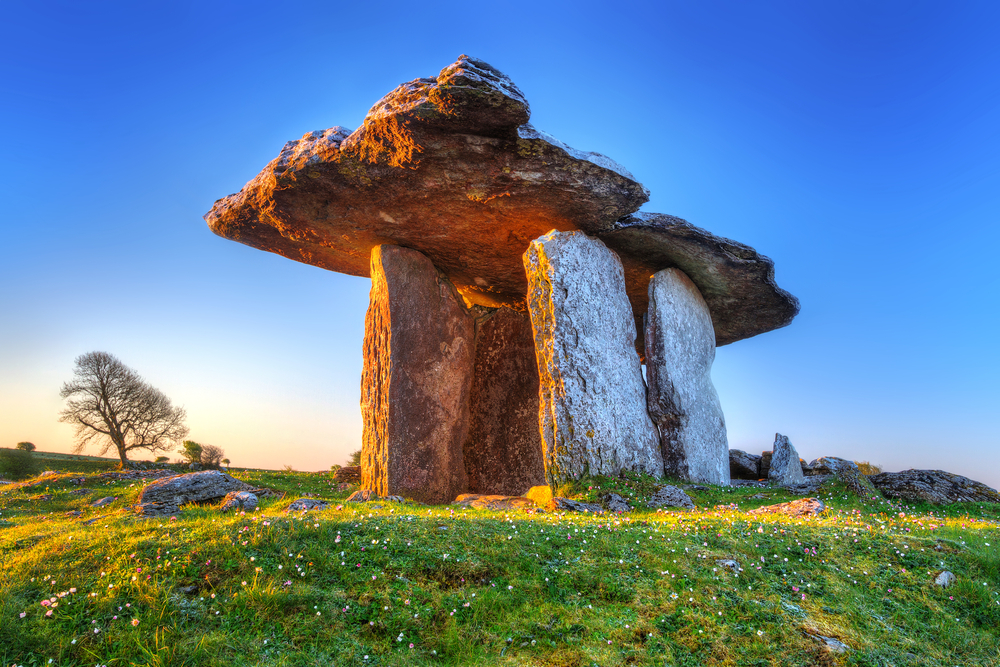 Of all the ancient sites in Ireland, the Neolithic burial grounds at Newgrange are among the most impressive. Older than the Egyptian Pyramids, the remains at this Unesco World Heritage-listed site pre-date Stonehenge by around 1,000 years. Consisting of three separate Neolithic burial mounds, two of which are open to the public, this is one of the most important prehistoric clusters in Europe.

What to see and do: There is no public access to Newgrange, so all visits must start at the Brú na Bóinne Visitor Centre. The center itself has recently emerged from a revamp, with a collection of illuminating state-of-the-art exhibits.

Best time to visit: The visitor center and site are both open year-round, from 9 or 9.30am to sometime between 4 and 5.15pm, depending on the month. The winter solstice is a very special time to come, when the sun aligns to illuminate the passage and chamber of the Newgrange mound – though access to the chamber on these auspicious winter solstice mornings is so popular that tickets are allocated by lottery in September. Even if you don't win the lottery, all visitors are welcome to gather outside the entrance. 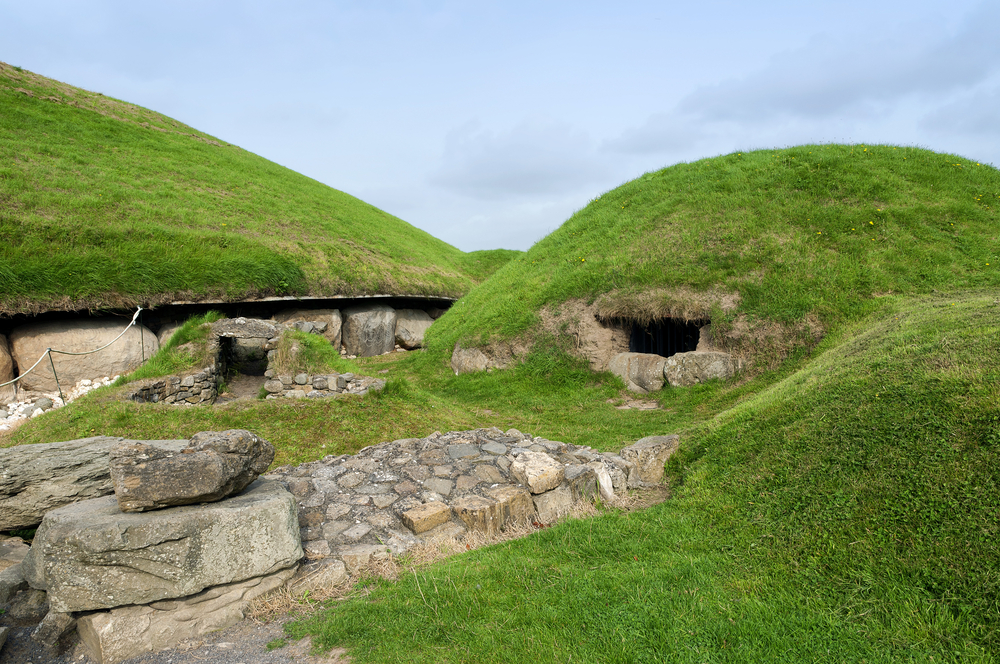 Early monks apparently appreciated beautiful countryside, as they had a tendency to build in the most beautiful spots: wooded glens, lake islands, and river bends. The natural beauty of these settings is in turn enhanced by the simple stone monastic buildings still standing today. Glendalough in County Wicklow is a wonderful example of this – St Kevin’s Church was founded in the 6th century in a steep-sided glacial valley between two lakes. The ruins you can see at the site today – a 33 meter (110ft) round tower, stone churches, and numerous stone crosses – date from the 11th century.

What to see and do: The Glendalough Valley is located within Wicklow Mountains National Park, so there's plenty of stunning scenery to explore on foot, by bike or even on horseback. There's a golf course, too, plus rich opportunities for fishing.

Best time to visit: The visitor center and monastic site are both open year-round, though if you're planning on staying in the area and making the most of the great outdoors, come in summer when there's better chance of dry weather.

Skellig Michael, set 13km (8 miles) off the Kerry coast, is dramatically situated on a barren rocky island. Dating from around AD 800, the tiny monastery was built under twin peaks on a saddle of rock at the top of 600 stone steps. Six beehive huts, in which the monks lived, and two rectangular oratories, where they prayed, were built of dry stone on a cliff edge around a small garden area. They are surprisingly well preserved, given their exposed Atlantic location.

What to see and do: Aside from viewing the breathtaking ancient remains on Skellig Michael, a boat tour will most likely take in its smaller sister island, Small Skelligs, too. Here you'll find one of the world's largest colonies of gannets.

Best time to visit: The site can be visited by boat, weather permitting, between May and August. 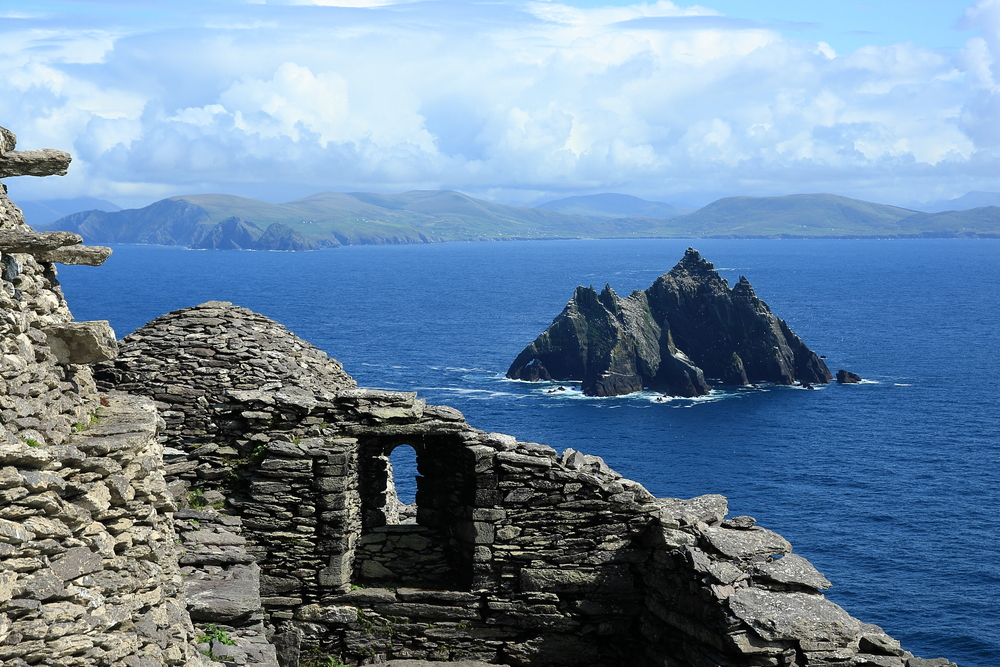 Clonmacnoise, near Athlone in central Ireland, was founded by St Kieran and built on a natural gravel ridge in a bend of the River Shannon. It is the biggest monastic site in Ireland, encompassing the ruins of a cathedral, seven churches (dating from the 10th–13th centuries), two round towers, three high crosses, and numerous graves. Today, it is way off the beaten track, but in AD 545 the Shannon was an important waterway.

What to see and do: There are several Irish Romanesque doorways and arches to admire, plus an on-site museum and exhibition area. If you need to refuel, there's a coffee shop too. Nearby sites to visit in tandem include Portumna Castle and Gardens on the banks of Lough Derg.

Best time to visit: The site is open year-round, 10am–5pm.

In the northwest of Ireland at Carrowmore, near Sligo town, the 6,000-year-old Bronze Age graves of Ireland’s largest megalithic graveyard are scattered across the fields. The magnificent views from the site clarify why the Celts associated this part of Ireland with myth and magic; for Celtic ruins, this spot is hard to beat.

What to see and do: From Carrowmore, you can see the Knocknarea hill burial site, which stands 328 meters (1,078ft) above sea level. A signposted path leads to its enormous Neolithic tomb (70 by 11 meters/200 by 35ft), which is said to be the burial place of Queen Medb (Maeve), the warrior queen of Connacht in Celtic mythology. The ascent is steep but worth the climb.

Best time to visit: Access to the site is between March and November, when the climes are more favorable.

Stone circles are a feature of west Cork and Kerry, usually with a burial site at their center, and often with two upright pillars (the portal) opposite a recumbent altar stone. They are oriented to the setting sun at the winter solstice, and those that have been excavated have a ritual burial site at their center. Drombeg Stone Circle, set on a plateau with views of the sea in the distance, has 17 stones and is the biggest and most complete of the early Bronze Age remains. The burial site at its center has been carbon-dated to 1124–794 BC.

What to see and do: The Drombeg Stone Circle is located on the Wild Atlantic Way, a magical route that traces Ireland's lengthy Atlantic coastline. This makes it a dream to pair with other coastal sites in Ireland.

Best time to visit: Access to Drombeg is public year-round. As the stones were laid out in line with the winter solstice sunset, this is a particularly auspicious time to visit. 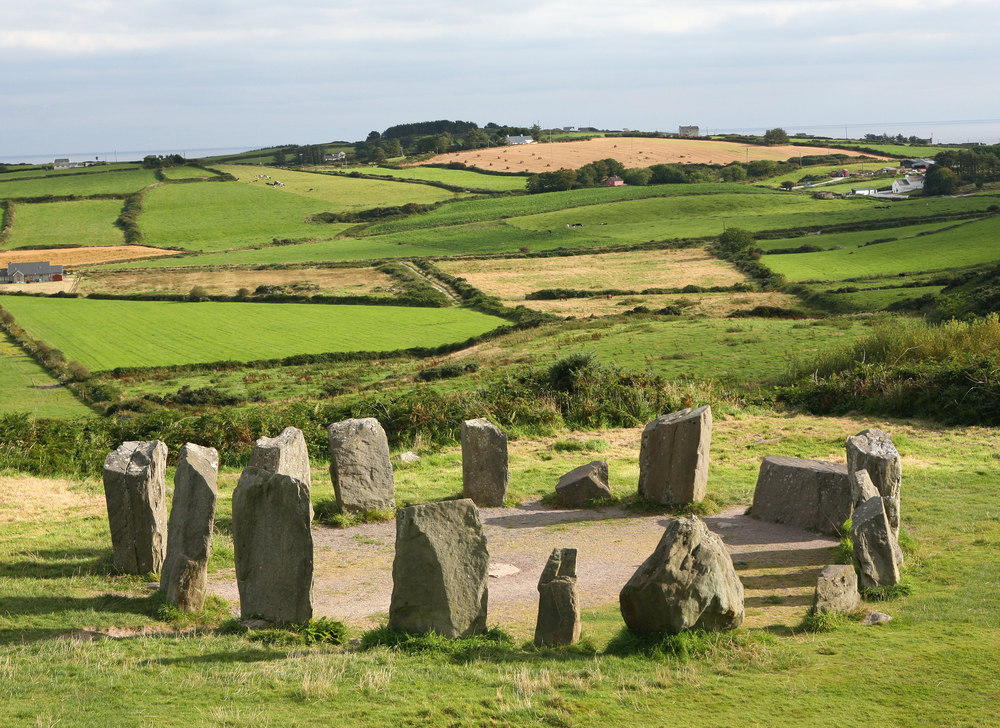 9. Ardmore Cathedral and Round Tower

Ardmore Cathedral and Round Tower, in County Waterford, stand on a cliff-top site on a narrow promontory with expansive sea views – a stunning location for these 12th-century cathedral ruins. Its sturdy Hiberno-Romanesque arches contrast with the slender, conical-roofed round tower.

What to see and do: Nearby St Declan’s Oratory and Well date from the 9th century, and are still visited by pilgrims annually on 24 July, the feast day of St Declan. Ardmore itself is a picturesque village with a scattering of cottages, cafés and pubs – it is also home to a Michelin-starred restaurant.

Best time to visit: Coming in summer will mean you can sample the seasonal delights of the Waterford coast – and have a paddle, too. 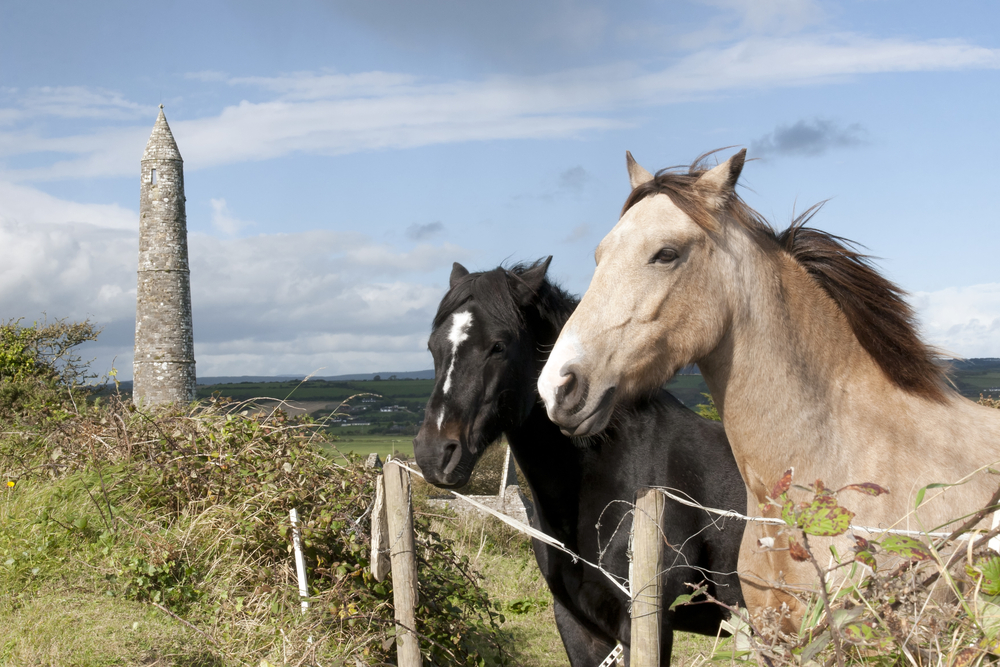 In the southwest, Innisfallen Island on Lough Leane in Killarney National Park can be reached by rowing boat from Ross Castle. The abbey ruins on the wooded island date from the 7th century. The last High King of Ireland, Brian Ború, is said to have been educated by the monks here.

What to see and do: There are plenty of hiking trails to take advantage of in the national park, as well as abundant wildlife to look out for – from deer and pine marten to more than 140 species of bird. Ross Castle – your starting point for a trip across to Innisfallen, which retains its 15th-century tower house – is worthy of your time, too.

Best time to visit: You'll find the boat trip across to Innisfallen far more enjoyable in warmer weather, so avoid winter if you can.

Ready to take a trip to Ireland ancient sites?

Insight Guides can help organize and book wonderful trips in Ireland for you. Simply get in touch with us to share your ideas for the trip and let us know when you would like to travel. Local travel experts will then create an itinerary especially, which can be amended until you are totally happy with every detail before booking.