Top things to do in Budapest

Divided by the Danube, Hungary’s capital is one of the most beautiful cities in Europe, with an intriguing history and thriving cultural scene. Magnificent architecture, world-class museums and multiple bridges spanning the river are just some of its many attractions. 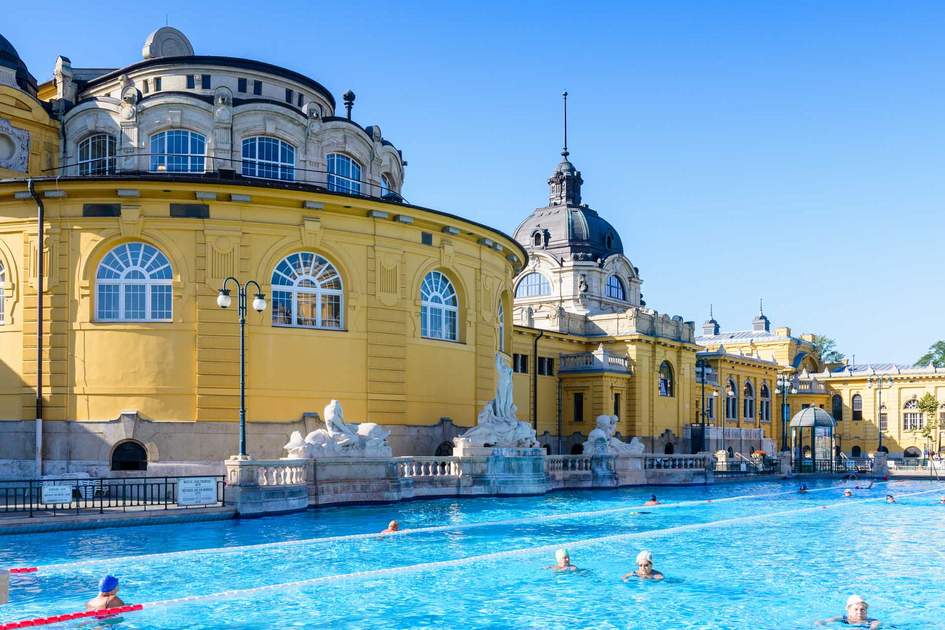 Split in two by the Danube River, Budapest is famous for its impressive Royal Palace, thermal baths, ruin pubs and octet of bridges. Like many of Central Europe's grand old cities, the Hungarian capital makes a wonderful winter destination and is enchantingly attractive in the snow. Here is our guide to the top things to do in Budapest.

1. Relax in the thermal baths

Even before the Romans arrived, Budapest’s thermal waters, fed by more than a hundred geothermal springs coursing beneath the city, were recognised for their healing properties. If you’re visiting the Hungarian capital in winter, there’s no better way to warm up on a chilly day than to enjoy a relaxing soak in therapeutic, naturally heated waters.

Among the grandest of Budapest’s spas, Széchenyi Thermal Baths is one of the largest bath complexes in Central Europe. Rudas Thermal Baths, dating from the 16th century, is the most famous of the city’s Turkish baths. Sunlight filters in through holes in the 10m-wide cupola that sits above its central octagonal pool. Gellért, set within the celebrated Danubius Gellért Hotel complex, is an art nouveau spa, with Zsolnay porcelain tiles, colonnaded pools and stained glass windows. Other thermal baths to visit include Lukács, with indoor and outdoor pools, and the 16th-century compact Turkish baths Király.

Occupying crumbling buildings fitted with art installations and funky furniture, ruin pubs have transformed Budapest’s nightlife scene. Start out at Szimpla Kert, the city’s original ruin pub set in the Jewish Quarter. It’s a quirky place that feels dilapidated, yet at the same time vibrant, with contemporary artworks, vintage furniture and creative lighting. Formerly an apartment complex, the sheer scale of the place is in itself impressive. Budapest's other notable ruin pubs include Anker’t, Doboz and Forgas Ház.

There’s nothing quite like a night at the opera – and the opulent Hungarian State Opera, is not to be missed. The spectacular building, designed by one of Hungary’s greatest late 19th-century architects Miklós Ybl, opened in 1884. Built in the neo-Renaissance style with arched colonnades, elements such as the sphinxes posing majestically beside its grand entrance capture a dramatic romanticism. The large balcony above the entrance is often open during performance intervals, or used to host private events. The opera house's interior is richly decorated with frescoes, gold leaf and gilded mirrors. While its auditorium can only seat an audience of 1,300 people, its acoustics are considered to be among the best in Europe. 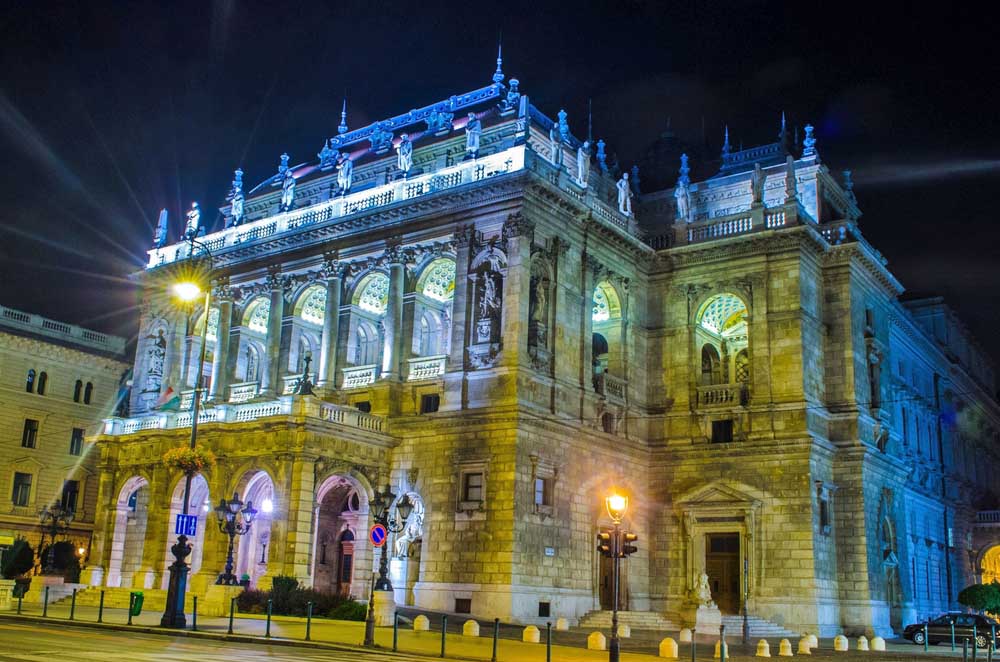 4. Wander around the Jewish Quarter

Central to the Jewish Quarter, the Grand Synagogue is the largest in Europe, and the second largest in the world, with the capacity to seat 3,000 people in its expansive grand hall. Consecrated in 1859, the grandeur and size of the synagogue demonstrate the significance of Budapest’s 19th-century Jewish community. The location of the synagogue marked the beginning of the Jewish ghetto during World War II, and its garden became a makeshift cemetery for more than 2,500 Jews who perished here during the Holocaust. Adjacent to the synagogue, the Hungarian Jewish Museum displays exhibits detailing the history of the local Jewish community. 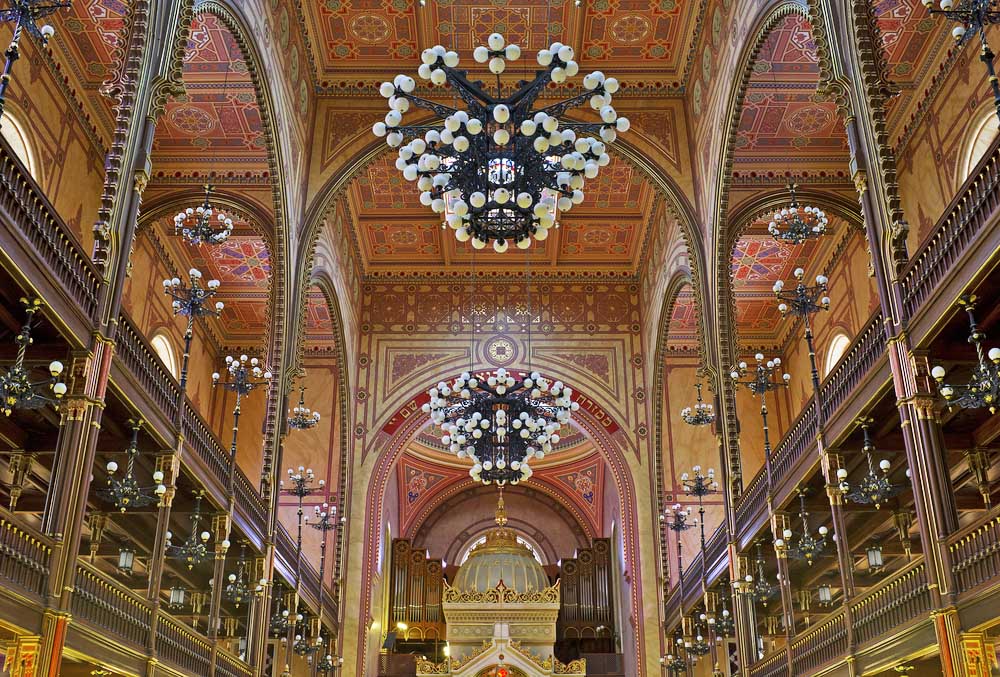 5. Be humbled at the House of Terror

Visit the House of Terror to learn about the totalitarian regimes of the past – the museum is a poignant memorial to the Hungarian victims of fascism and communism. The intimidating building at 60 Andrássy Avenue, is framed by a striking black metal band with the word ‘Terror’ cut out along its top edges to expose the sky. Formerly the headquarters of the fascist Arrow Cross Party (supported by the Nazis), the very same building later became the base of the ÁVH (the secret police, similar to the KGB) when the communists took over. Today it’s a very moving museum commemorating those who were held captive, tortured and killed here, as well as the victims of fascist and communist regimes in Hungary more widely.

The museum offers an interactive look into the history of Hungary in the mid-20th century, exploring the country’s relationship with Nazi Germany and the Soviet Union. The fact that the building itself was used by the Arrow Cross and the ÁVH makes the exhibits – and especially the commemorative installations – particularly affecting.

What you see of the Royal Palace today is not actually very old. The castle has been destroyed at least six times over the course of its history, and even today’s Habsburg-looking structure is a post-war reconstruction. From the outside, the palace bears a close resemblance to its pre-war state, on the inside, however, the aesthetic is very much in line with the 1960s communist Social Realist style.

Located inside the palace, the Hungarian National Gallery houses an extensive collection of Hungarian art. Dating from the 11th century to the modern day, the artworks are exhibited across four floors up to the dome itself. Be sure not to miss the Mátyás Fountain – sometimes dubbed as ‘the Trevi Fountain of Budapest’, or the Budapest History Museum, which offers an insight on the city’s history including details of the Royal Palace’s medieval past. 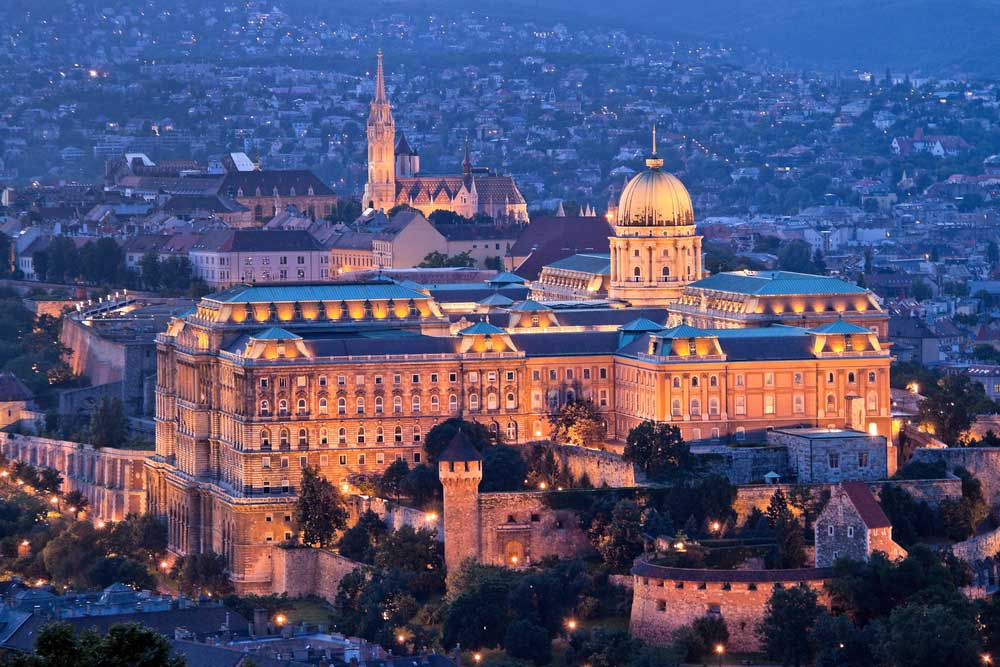 7. Explore the Hospital in the Rock

A warren of tunnels, caves and cellars below the Royal Palace is home to the Hospital in the Rock. Since Castle Hill was a government district, the mayor of the city, Dr Károly Szendy, ordered that it be created during World War II. The hospital, which opened in 1944, lies in mostly man-made tunnels that connect to natural caves, and was originally constructed to offer emergency care for residents, civilians and soldiers in the district. During the war, and particularly during the Siege of Buda, the hospital, built to serve 300 people, became overcrowded with up to 700 patients, many of whom had to lie in its subterranean corridors. Today, you can visit the hospital with guided tours in English which start every hour.

After World War II and the 1956 uprising, the hospital fell into disuse, becoming a nuclear bunker during the Cold War period. The interior was converted to withstand a chemical or nuclear attack, with internal ventilation, a poison gas-filtering system and a power generator. For decades, the former hospital was part of the civil-defence infrastructure before being declassified in 2002. Today, it is one of Budapest’s most unusual museums, offering a curious insight into the city’s 20th-century history.

8. Boat ride on the Danube

Many of Budapest’s most beautiful views lie along the banks of the Danube River, and what better way to see them than from the blue river itself? You can book onto one of the many sightseeing tour boats in operation, or during the summer months, you can catch the public boat which is run by the BKV, the city’s official public transport company. 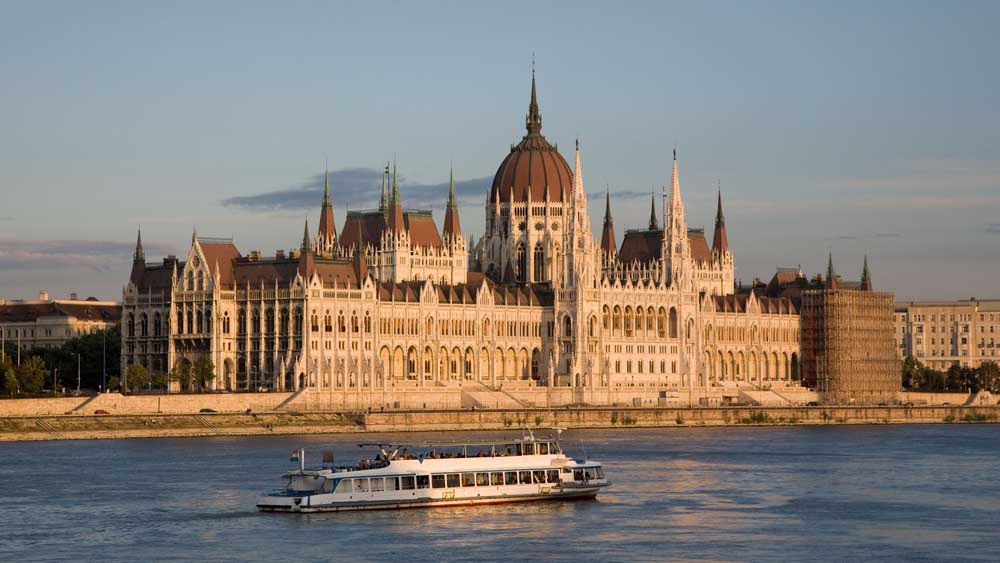 Hungarian Parliament building on the bank of the Danube, Budapest. Photo: Shutterstock

Ready to book a trip to Budapest?

Our local experts can help you plan, organise and book wonderful tailor-made trips to Budapest. Simply get in touch letting us know your ideas for the trip and when you would like to travel. We will then prepare an itinerary especially for you, which can be amended until you’re completely happy with every detail before booking.