Hugging the steep banks where the River Douro spills into the Atlantic, much of Porto’s allure lies in its location. Charming streets, vibrant restaurants and proximity to the Douro wine region make it a top city break destination. Here is our guide to Porto’s top 10 attractions. 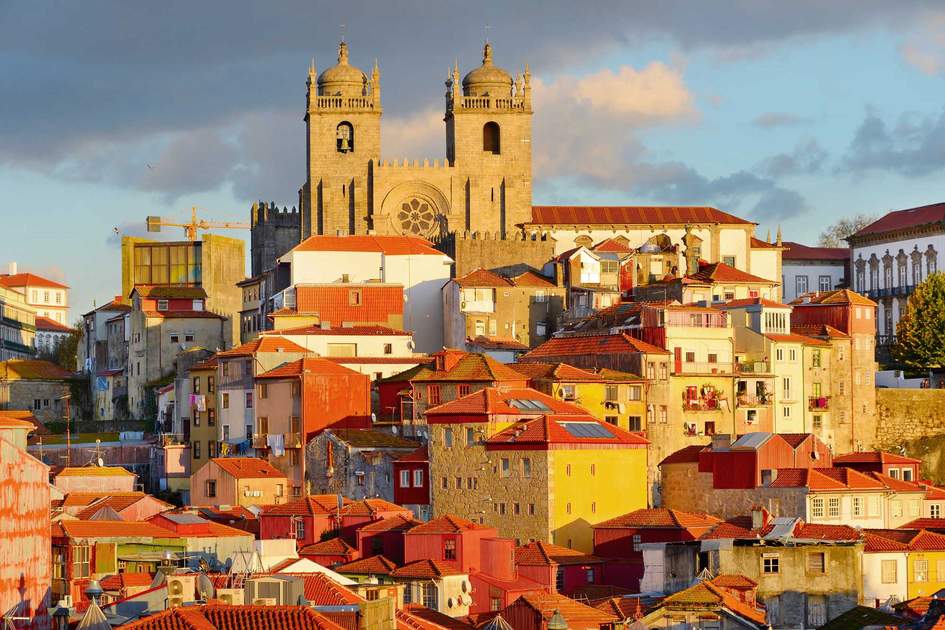 For centuries Portugal’s second city has been synonymous with port, but thanks to its recent renaissance, Porto offers far more than just its famous ruby-red tipple. Once a largely industrial city, it can now claim a revitalised cultural scene and is a fascinating destination in its own right with a wealth of attractions.

Porto’s lofty attraction, the 75-metre-high (246ft) Baroque Torre dos Clérigos was designed by Nicolau Nasoni, the Italian-born architect and painter. It was built in 1753 as a landmark for ships coming up the Douro. A climb up the 220 steps is rewarded with a 360-degree panorama of the city (be prepared to queue). Exhibitions and viewing platforms en route allow you to catch your breath, while plaques help you to spot city landmarks and compare the height of other ‘skyscrapers in the world’. Two sections are devoted to Nasoni.

No trip to Porto is complete without a visit to the cellars of at least one of the port lodges where the city’s most famous export is stored and aged. These are all located at Vila Nova de Gaia (or just ‘Gaia’), across the River Douro and technically a separate city from Porto.

Wine lodges give you the chance to visit barrel-lined cellars, learn how port is made and, over what are usually quite generous tastings, discover how to distinguish between the different aromas and flavours. Port connoisseurs usually head up the hill to Graham’s, while Churchill’s is a smaller and more intimate lodge. For a Portuguese wine lodge, try Ferreira, one of the largest in Gaia and the only major port wine house to have remained in Portuguese hands since its foundation more than 250 years ago. 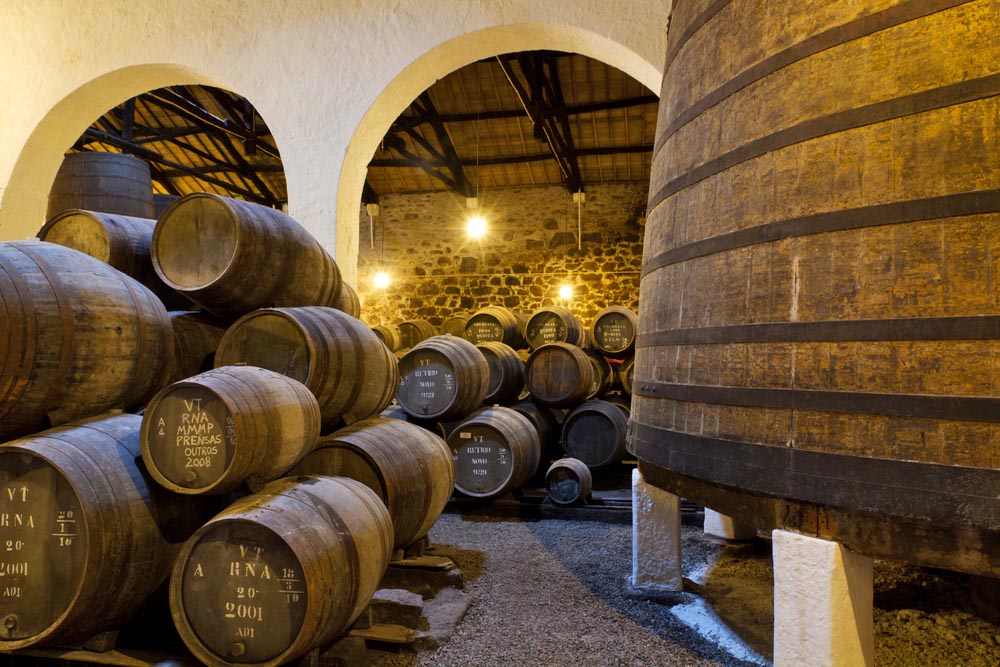 The Sé or Porto Cathedral is one of the few Romanesque monuments in the city, though much modified since its original construction. Set high up on the Pena Ventosa hill, the church is a prominent city landmark. The spacious esplanade on which it stands affords great views of the Old Town and tends to attract more crowds than the Sé itself, with its rather austere facade. It was here that Don João I married Philippa of Lancaster in 1387 and where Henry the Navigator, their fourth son, was baptised in 1394. The district surrounding and below the Sé is the oldest in the city and its warren of steep alleys and stairways is well worth exploring. Visit the Sé and more of Porto’s top attractions as part of Insight Guides' Discovering Portugal's Douro Valley trip.

Overlooking the River Douro stands the imposing Igreja de São Francisco. The exterior is simple, grey and Gothic, built as part of a Franciscan convent in the 14th century. But the church’s interior is swathed from floor to ceiling with a dazzling riot of gilded rococo woodcarving. The 210kg of gold leaf used for the embellishment of the church came from Brazil, Portugal’s former colony. The highlight is the gilded and painted altarpiece representing the Tree of Jesse (1718–21) on the north wall, depicting Chris’s genealogy, the tree rising from the recumbent body of Jesse of Bethlehem, father of King David, and culminating in Christ, with Mary and Joseph on either side. 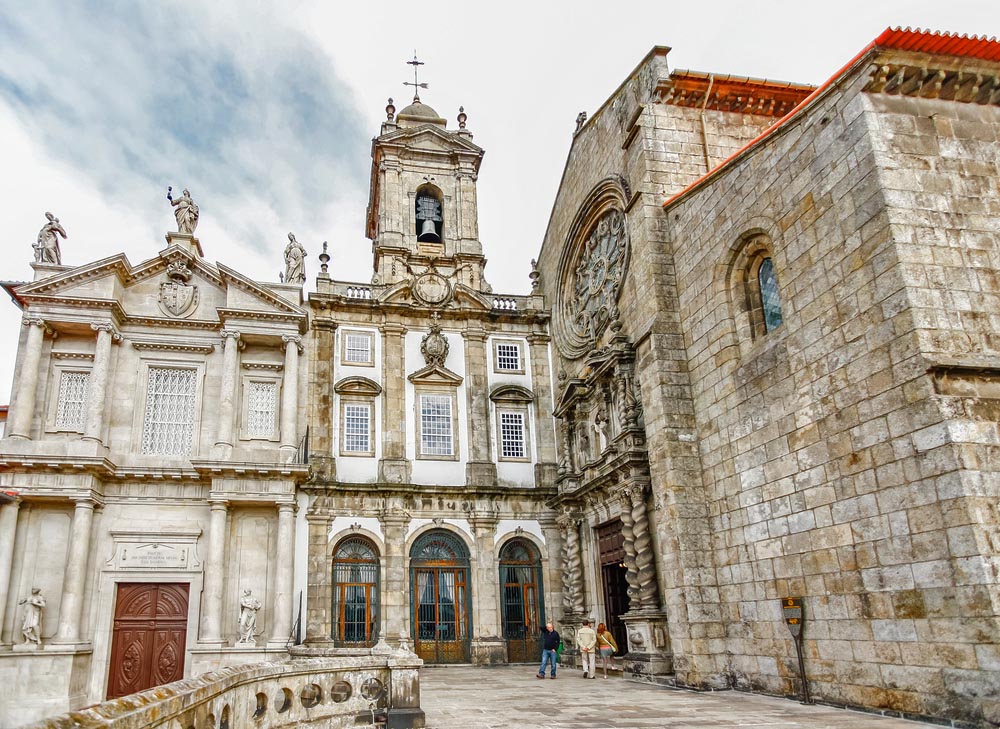 The former stock exchange or Palácio da Bolsa is evidence of Porto’s economic power and prosperity in the late 19th century. It was constructed on the ruins of the ancient convent of São Francisco, which was destroyed by fire, and remained the city’s stock exchange until the 1990s. The desks and benches are long gone, and it has the feel more of a royal residence than a stock exchange. Rooms centre around the glass-domed Pátio das Nações, the former trading floor, decorated with the coats of arms of nations that traded with Portugal. The Noble Stairway leads up to grand chambers such as the Court Room, the Golden Room, the President’s Room and the General Assembly Room, culminating in the architectural tour de force of the Arabian Hall. Replacing the former ballroom and inspired by the Alhambra in Granada, this oval room is adorned with rich Moorish decoration or arabesques and carved woodwork. The room took 18 years to complete and is embellished with 20kg of gold leaf.

Bordering Miragaia in the Massarelos district is the elegant, landscaped Jardim do Palácio de Cristal gardens set on the terraces of a steep hill offering some of the best river views in the city. From the south side you can even spot Atlantic rollers at the Foz do Douro seafront. A natural magnet for city dwellers, this green lung of the city has exotic trees and plants, themed gardens, fountains, ponds and statues – not to mention the strutting peacocks and noisy cockerels roaming freely. 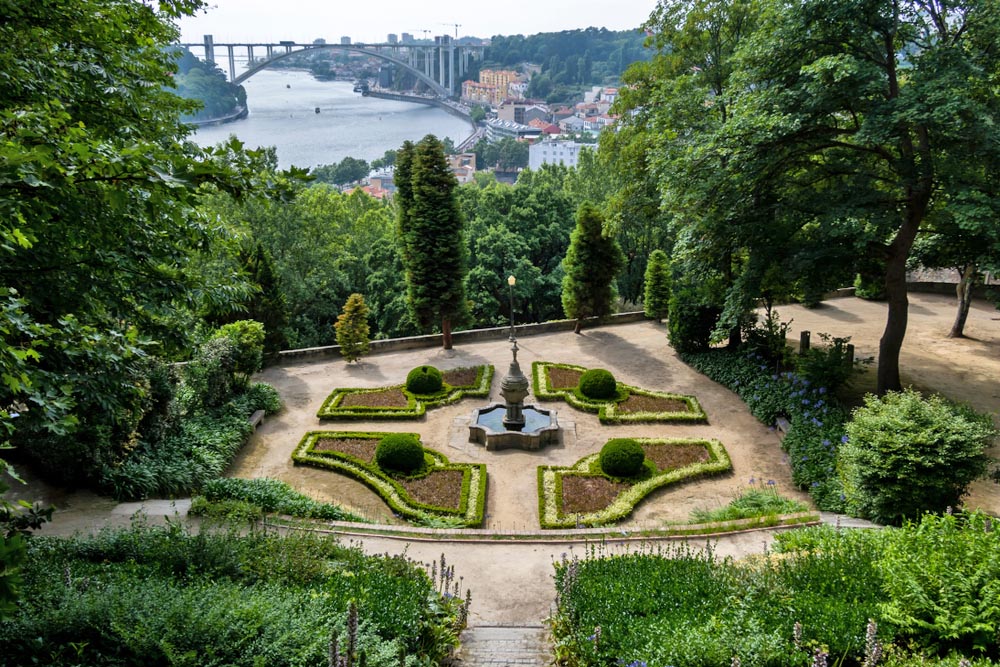 The Estação de São Bento is far too handsome to be a railway hub. Named after the Benedictine monastery which originally occupied the site, the station was designed by architect José Marquês da Silva in the French Beaux-Arts style and opened in 1916. Its great entrance hall is decorated with wonderful blue and white azulejo tile panels created by Jorge Colaço from 1905–16. The panels depict key historical events in Portugal’s history and scenes of traditional life in northern Portugal. For travellers arriving in the city by train, the station offers a wonderful welcome.

The historic Livraria Lello bookshop is so popular that you have to either book online or purchase a voucher (redeemable against the purchase of books) at the corner shop up the road, where there is invariably a queue. It may seem strange for a bookshop to have an admission fee, but the system was introduced a few years ago when the shop was facing a crisis in the growth of visitor numbers. It’s not just the stunning Art Nouveau interior with its dramatic double red staircase and ornate ceiling, nor the wonderful collection of books, old and new, that draw the long lines of punters. It’s also the fact that the shop was frequented by Harry Potter author J.K. Rowling when she lived and worked as a teacher in Porto in the 1990s and the bookstore with its iconic, winding staircase may well have been the inspiration for scenes in Hogwarts.

Between Boavista and the coast lies an outstanding cultural complex, the Fundação Serralves. The complex is most famously home to the Museu de Arte Contemporânea, the most influential contemporary art museum in Portugal. Integrated seamlessly into the surrounding landscape, the three-storey museum is the work of Álvaro Siza Vieira, winner in 1992 of the prestigious Pritzker Prize and one of the world’s finest architects. The artworks are wonderfully arranged on vivid white walls throughout 14 light-filled exhibition halls. The focus is on contemporary art from the 1960s to the present day alongside regularly changing exhibitions from leading national and international artists. Serralves is also a venue for concerts, dance and other events, including the annual art-themed Serralves em Festa, which takes place annually in May or June. The museum is set in the magnificent 18-acre Serralves Park, which comprises harmoniously linked gardens, tree-lined paths, woodlands and a lake.

Choose a sunny day, jump on one of the boats along the quayside and enjoy a delightful hour’s cruise admiring the remarkable engineering and elegance of the six city bridges. The tour also gives you glorious views of Porto. Boat tour operators have kiosks on both sides of the river, offering tours varying in price (€12–15), some of which include vouchers for port tasting at one of the wine lodges in Vila Nova de Gaia. 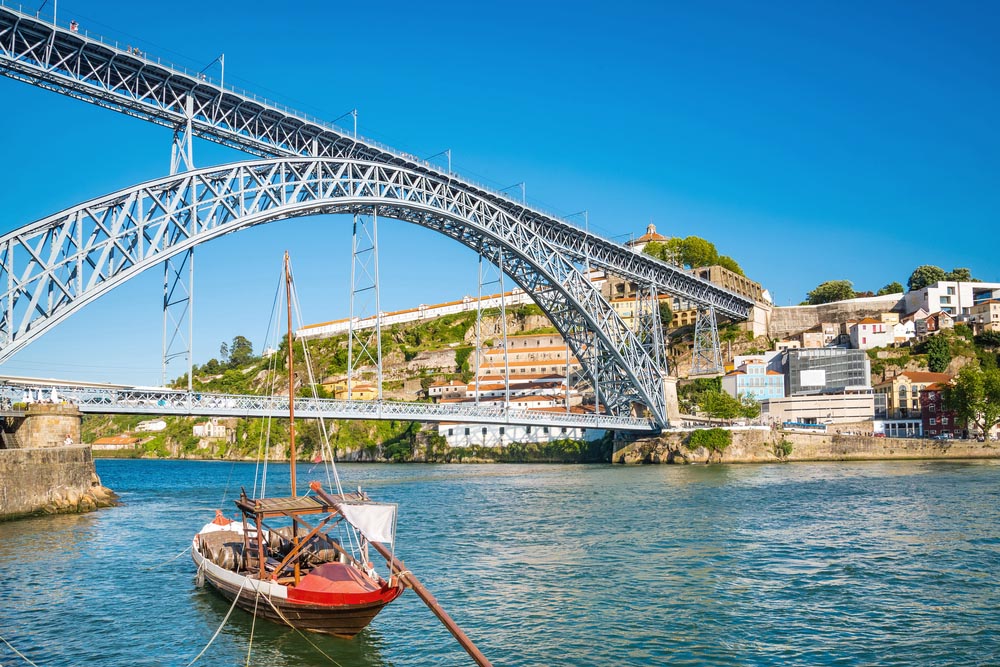 Our local experts can organise fantastic trips to Portugal for you. To get started, simply get in touch to let us know your ideas for the trip and when you'd like to travel. We will then create a personalised itinerary especially for you, which can be amended until you are happy with every detail before booking. You can browse our existing itineraries for inspiration, and keep in mind that all of our pre-planned itineraries can be fully tailored to suit your own specific requirements.