For a true taste of India, its people and landscape, nothing beats a rail journey on the country's comprehensive network. Ride in luxury or meet fellow travellers on a tailor-made trip featuring travel between the country's iconic sights by rail. All aboard! 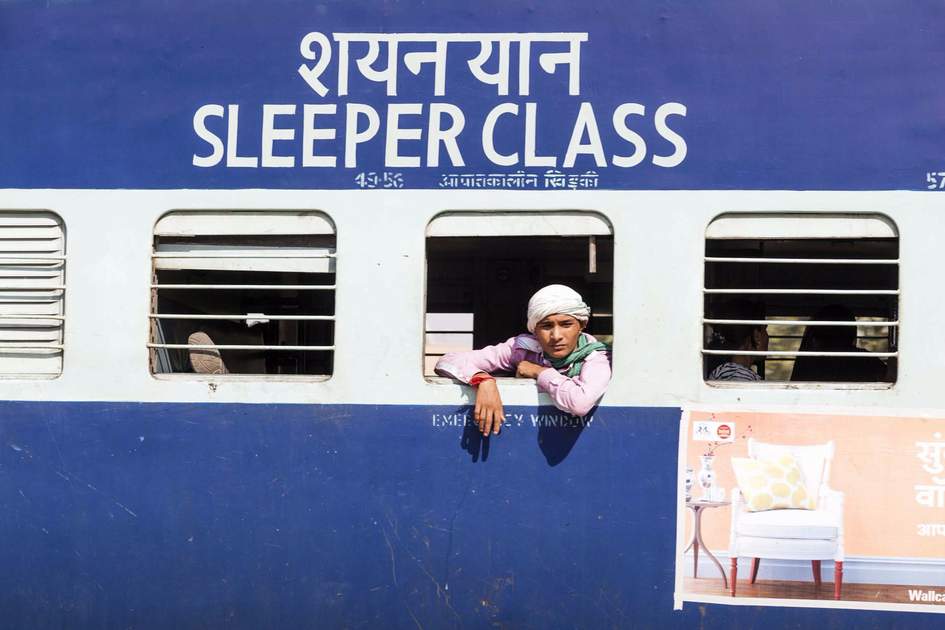 Rail travel is the quintessentially Indian form of transport. Travelling by train will give you a vivid taste of India’s ‘functioning anarchy’ – its contradictions, complexities and, above all, its daily life, both on the train and through its windows

Like Bollywood and cricket, India’s vast railway network is one of the common denominators unifying the modern nation-state. Its tentacles extend to some of the most remote corners of the subcontinent – even Himalayan hilltops in a few notable instances – providing an affordable means for ordinary Indians to get around: for families to meet up, for workers to return home on leave, and for pilgrims to visit distant sacred sites. Every day around 20 million passengers ride the rails across the country, along with 20 million tonnes of freight.

A few years ago, I travelled around India by rail and found it one of the most evocative and extraordinary insights into the country. It can most simply be described as 'organised chaos' as you look for your berth number and carriage, and contend with the likelihood of the train running a few hours behind schedule... but in actuality, it's a well-oiled machine of a system. Once aboard, you can settle in with a cup of steaming chai and let the panorama of Indian life roll by...

To experience an Indian train journey for yourself, Insight Guides' local experts can build it into your trip. Our India trips are customisable: explore our range of suggested trip itineraries here.

Life on the rails

For the foreign traveller accustomed to the neat and orderly railways of more developed parts of the world, the Indian rail experience can come as a shock at first. Once you’ve got used to its manifold eccentricities, however, you’ll soon find yourself falling in love with Indian train travel.

There are a wide array of classes on the Indian railways, with the carpeted first-class a/c coaches top of the pile. At the middle of the range are a/c carriages with swing-down berths. Staff hand out freshly laundered cotton sheets to sleep under on overnight journeys. In the cheaper carriages of Indian trains, however, boredom is one problem you’ll definitely not have to contend with. Settled in your seat, with a sustaining cup of sweet, milky chai in hand, you can sit back and enjoy a never-ending parade of buskers (many of them traditional folk musicians with fantastic voices), shoe polish-wallahs, beggars, mendicant holy men, trinket hawkers and – most welcome of all – vendors of hot snacks and drinks, each of whom announces their presence with their own unique, attention-grabbing call.

Views out of the window change as constantly as the scene inside the carriage. Impressions of India are all too often dominated by urban landscapes, but long train journeys, in particular, underline how predominantly rural the country remains – and how little everyday life in its villages has really altered over time compared with that in the country’s cities.

Every now and then, the endless sea of fields, interrupted by oases of mango trees and hamlets moulded from mud and red bricks, will give way to rivers which the train crosses via rattly iron bridges erected a century and a half ago by British engineers. Far below, clumps of soapy children wave at the passing locomotives, while their mothers lay out washing to dry on the sun-baked rocks lining the river bank, watched by buffaloes lazing in silty pools.

Fleeting scenes like these, sliding hypnotically past as the train sways along, are what really make rail travel so rewarding in India. And rest assured that, with most journeys lasting several hours, or even days, there’ll be plenty of them to keep you entertained.

Insight Guides' incredible Indian Wildlife Safari includes some journeys by rail, perfect for getting a taster of this unique experience.

Whichever class you’re travelling in, eating and drinking are among the great pleasures of riding the rails in India. Vendors carrying urns of hot chai and trays of freshly fried samosas or vada (savoury doughnuts made from lentil flour) squeeze through the general carriages at regular intervals, while in the a/c coaches, passengers tuck into delicious and inexpensive set meals, prepared in attached ‘pantry cars’ and served in neat little foil parcels with freshly made puris and chutney.

Even in the dead of night, when an express pulls into a station, the platforms erupt into life as food sellers frantically ladle spicy hot chickpea stew or tangy, tamarind-flavoured sambar into little dried-leaf bowls, which assistants deliver to hands stretched through barred windows.

Every station has its own speciality, and sampling these can be a hugely entertaining diversion on longer journeys, particularly if the train crosses from north to south India, when as if by some mysterious pre-arranged signal, wheat flour chapatis give way to rice and idlys (steamed rice cakes). Mysore does a brisk trade in its trademark dosas (pancakes made from a batter of part-fermented rice and lentil flour), Agra stations are famous for their pethi (candied pumpkin) and New Delhi for its aloo tikki (potato patties), served up with a blob of firey mango pickle. In Hyderabad, you can tuck into delicious local biriyanis, baked in old terracotta pots. 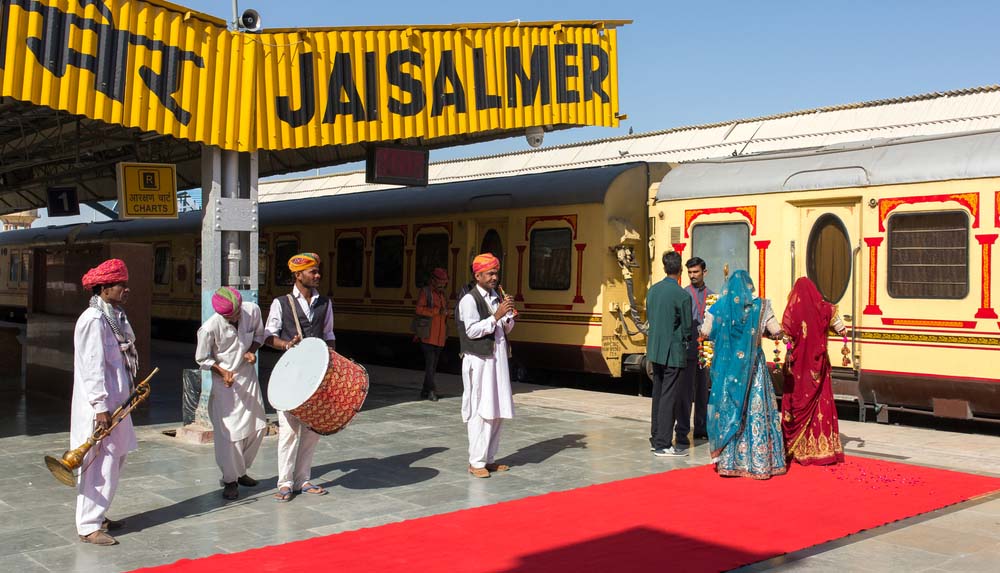 The rough and tumble of modern Indian rail travel is a world away from the high style in which the country’s ruling Maharajahs and their retinues moved around in former times. Special trains were commissioned for royal tours or pilgrimages, fitted with the latest European luxuries. After the dissolution of the princely privileges at Independence in 1947, however, such opulence was frowned upon and the trains were confiscated by the government, which in recent times has converted several of them for use as luxurious tourist trains.

Inspired by the Orient Express, services such as the Palace on Wheels and Royal Rajasthan on Wheels in north India, and the Deccan Queen in the south, whisk passengers around their regions’ prime sights, with evenings of pampering and culture shows of music and dance back at the richly appointed carriages.

• The first scheduled train in India departed from Bombay in 1853

• India boasts the oldest functioning locomotive in the world – the Fairy Queen, originally built in 1855, but still in occasional use hauling luxury tourist trains around Rajasthan

• The Guwahati–Trivandrum Express is reputed to be the most unreliable train on the IR network, with delays typically running to 10 or 12 hours. It often shows up more than a whole day late, and has not arrived on time once in the past decade.

• The longest station name in India is Srivenkatanarasimharajuvariipeta, in Andhra Pradesh

Find more information about planning your trip below:

10 tips for your first time in India

Top 10 most beautiful hotels in India

The ultimate adventure in India: 6 destinations you'd be crazy to miss

I give 6 Stars; it was an excellent experience in every possible way through this travel company. I had a great and memorable experience of my Rajasthan tour in India. We get a perfect and complete itinerary; this company exceeded all expectations with... Read more