From buildings painted blue to gleaming glass skyscrapers, we've travelled high and low to bring you the world's best and most beautiful cityscapes 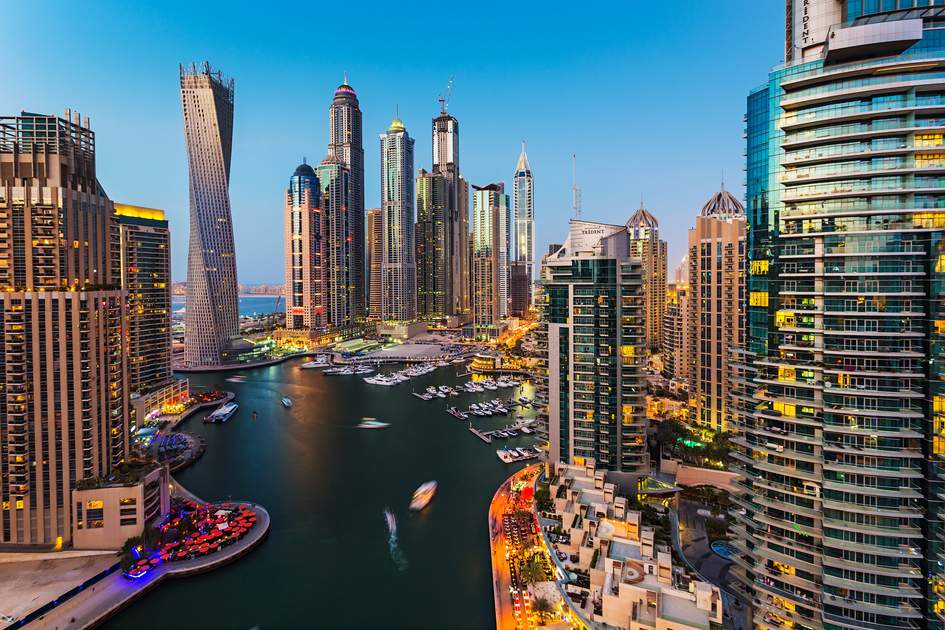 There’s nothing quite like arriving at a new destination and watching a cityscape fold out in front of you. We’ve chosen our favourite cities around the world to make you go ‘ahhhh'.

Home to Western Europe’s tallest building and the comically-named Gherkin, Walkie-Talking and Cheese-Grater, it’s not surprising London is the opener on our list.

New structures and spires are being planned constantly, creating an ever-changing cityscape. With modern monsters nestled up against the old favourites of Tower Bridge and St Paul’s Cathedral, you’d be stone-hearted not to fall in love with the UK’s capital. 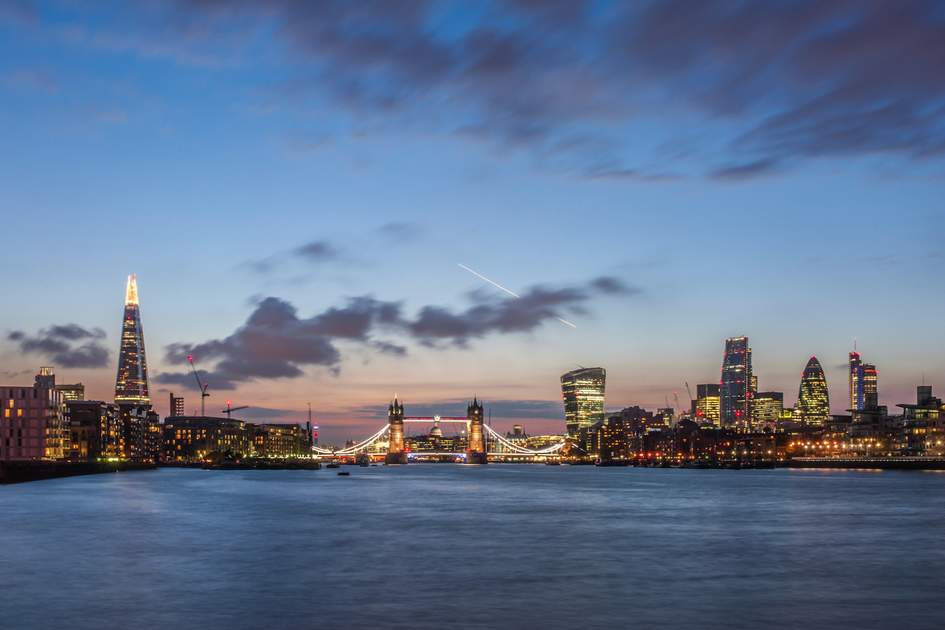 The cobalt blue of Jodhpur’s Old Town may not make the most modern skyline on the list but it undoubtedly deserves a place here. Painted this way to keep the houses cool in the ferocious high temperatures, the tradition has sadly not been continued to modern buildings and constructions outside of the Old Town.

Overlooked by the majestic, if rather imposing, Meherangarh Fort, Jodhpur certainly offers an alternative city view. 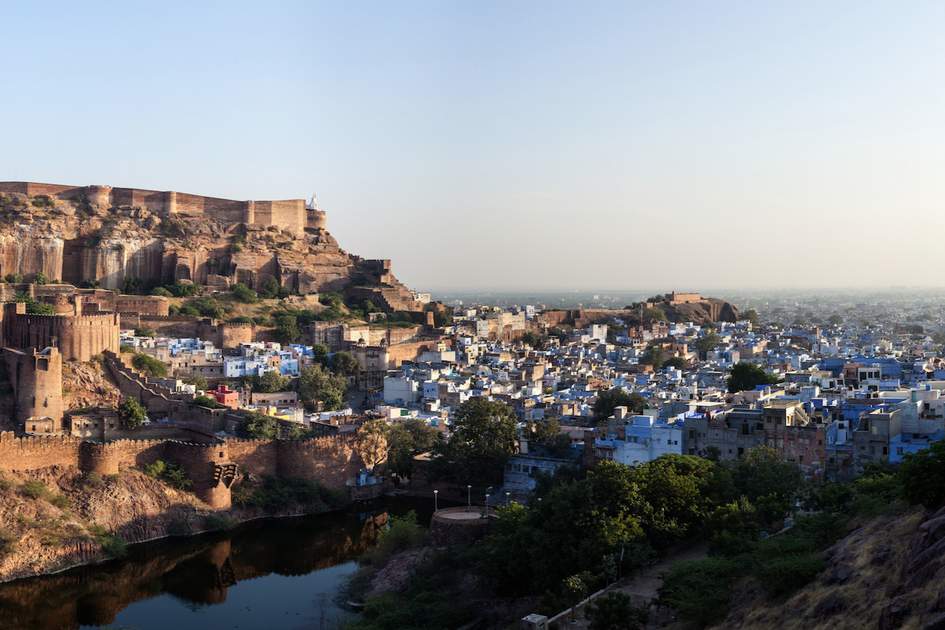 It's no wonder that Rio de Janeiro takes the prize as Brazil’s most famous coastal city. Sprawling across a slip of land between the great South Atlantic Ocean and gigantic granite peaks, with the Bay of Guanabara curving out to the east, Rio will take your breath away.

The coastal mountains snuggled up close to the city are the famous Sugar Loaf and Corcovado. Most travellers make for the southern parts of the city, where you’ll find the world-famous beaches. To get the best view of the sprawling mass that is Rio, head up high to the Santa Teresa district.

Insight Guides' travel experts can create a private, tailor-made trip to Rio de Janerio for you. Get started now! 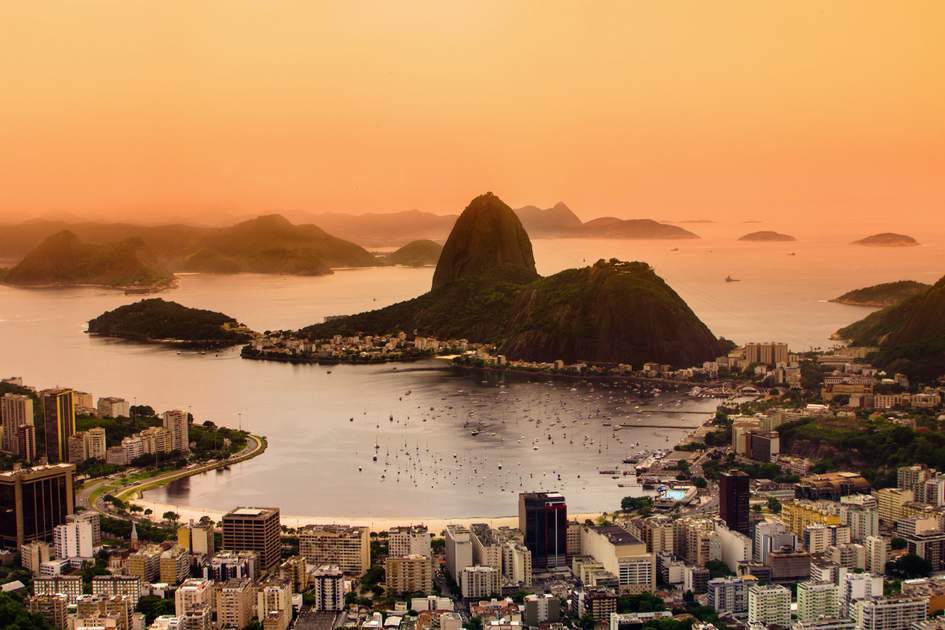 NYC is undoubtedly a fascinating spectacle. Skyscrapers don’t simply dot the cityscape but fight to be seen in this densely-packed place. The city is so iconic that even visitors who have never set foot in Manhattan feel they are on familiar ground.

Do the tourist thing and take a trip up the Empire State Building. With panoramic views out across the city, you won’t be disappointed. 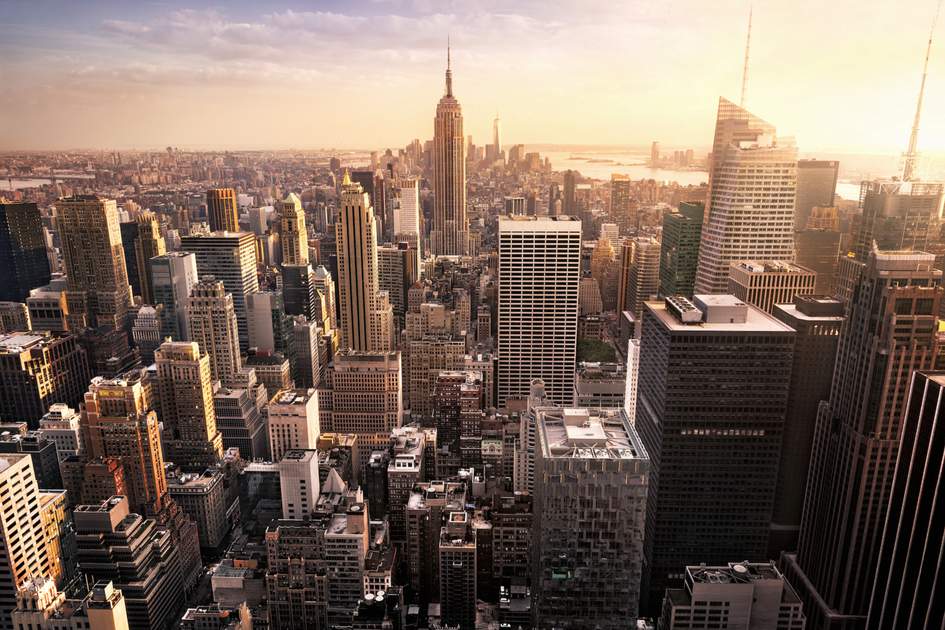 Arriving in Tokyo’s frenetic streets feels like you’ve stepped onto the set of a futuristic film. The city is buzzing with life, which is reflected in its neon-lit, tower-spotted skyline.

While the city is packed tightly with towers, Mount Fuji can be seen in the distance, creating a natural backdrop for this very modern city. Get the best views from the dully-named Tokyo Observation Deck. 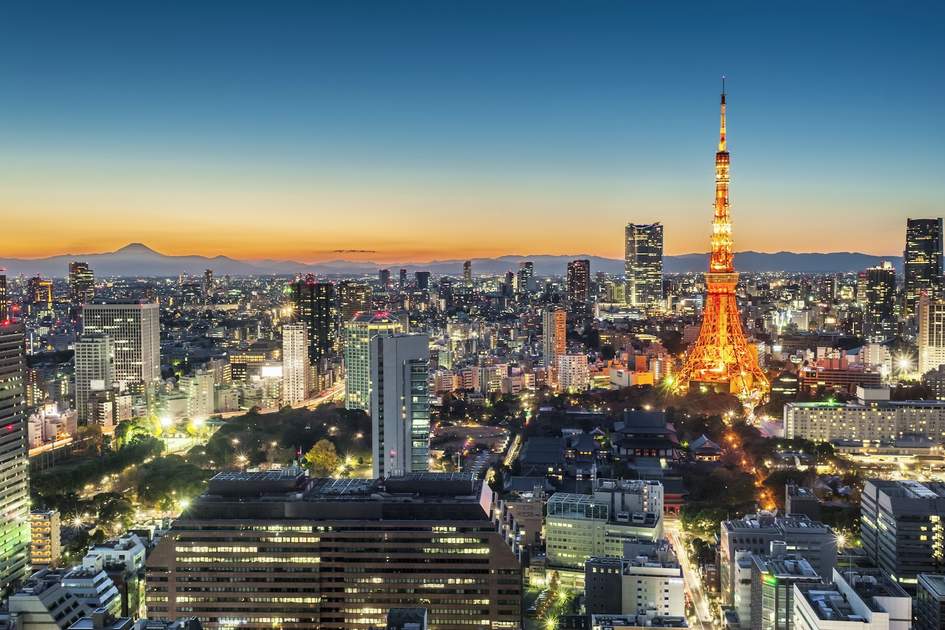 Another more traditional location, Istanbul isn’t packed with glass skyscrapers or the latest architectural trends but is sprinkled with romantic buildings of a bygone era.

Often referred to as the gateway to Asia, Istanbul is a mish-mash of western and eastern influences, which is reflected across its skyline. Remnants of the Roman, Byzantine and Ottoman empires can be seen across the city. Its most famous though are the Blue Mosque (or Sultanahmet Camii in Turkish) and Hagia Sophia; both offering impressive minarets, domes and turrets that dot the city skyline. 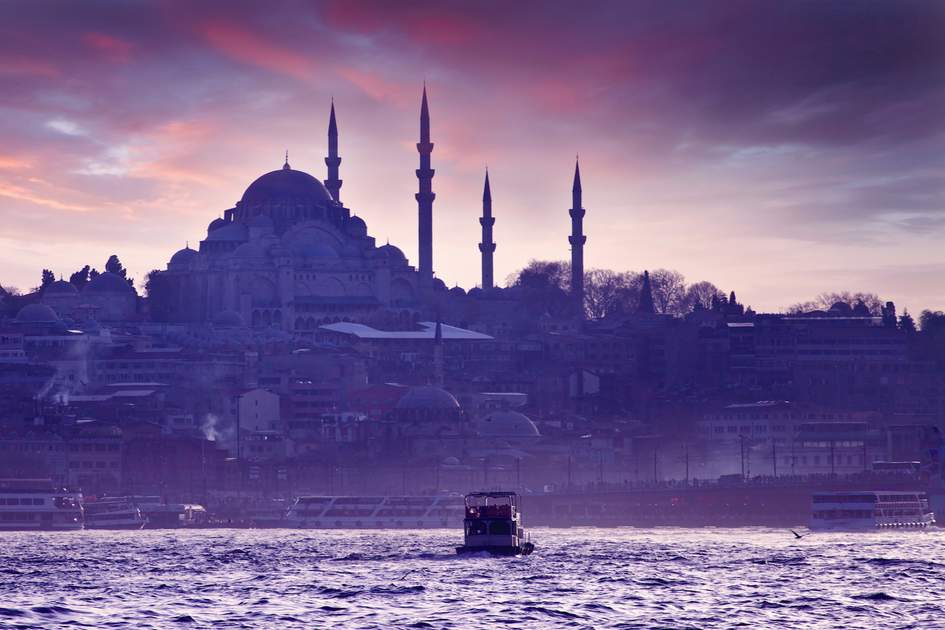 Another natural beauty to make the list, this South African city is all about its surroundings. Loomed over by Table Mountain, cradled by rugged coastline and looking out over the ocean, it’s difficult to know where to look!

Take the cable care or hike to the top of Table Mountain for the best views over the city.

Walk the streets and see the sights of the city for yourself on this Cape Amazing: Cape Town Explored tour 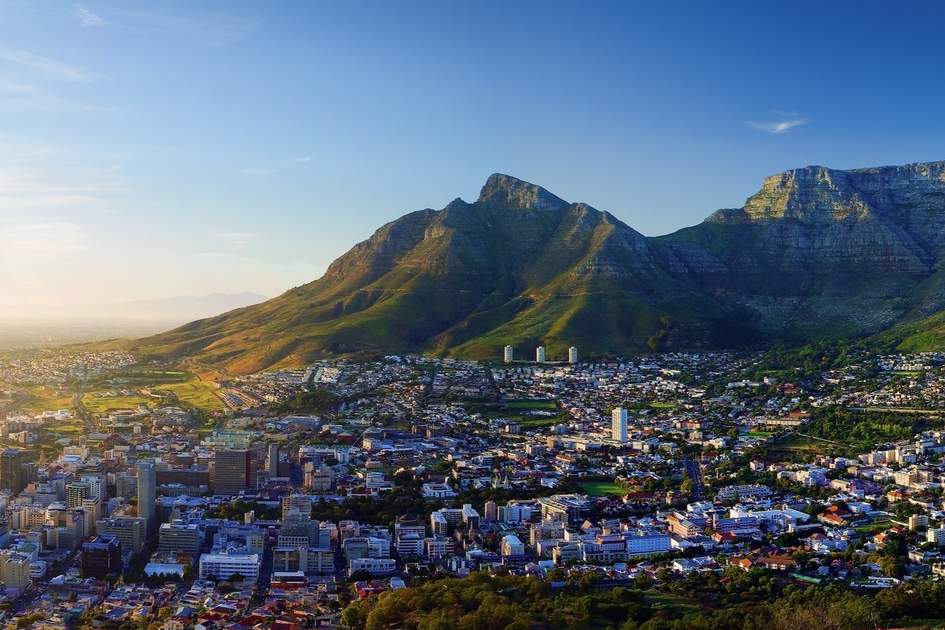 Dubbed Australia’s most European city, Victoria’s capital is a modern metropolis with an attitude to match. Often also touted as one of the world’s most ‘liveable’ cities, Melbourne doesn’t have a fancy habour or iconic opera house but still manages to leave visitors in awe of its atmosphere. From the sky-high buildings down to the cultural attractions and fine dining to boot, Melbourne offers something that other Australian cities can’t seem to match. 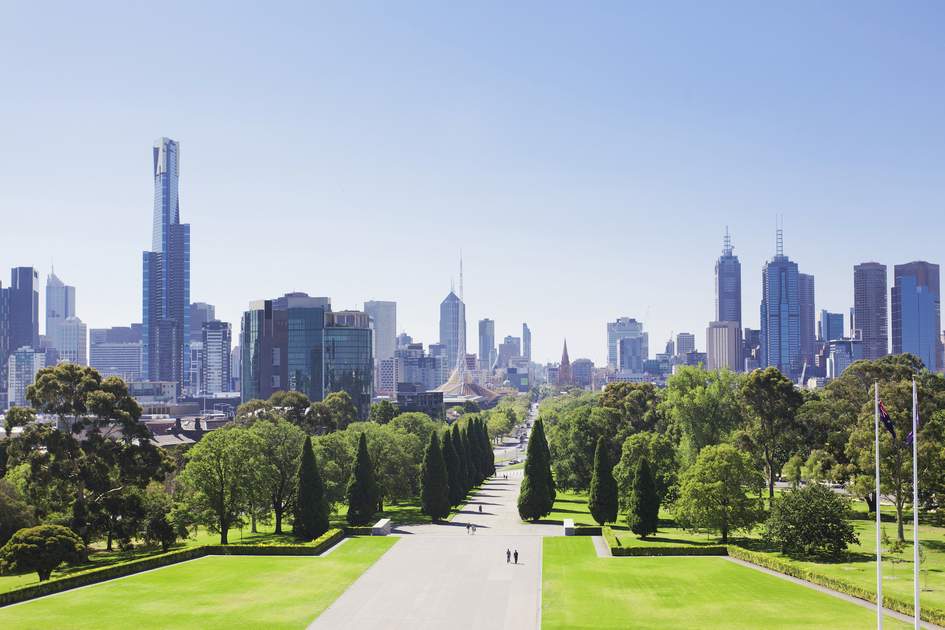 Grand, edgy but with Latino oomph, Argentina’s capital city doesn’t need to fight to be counted as having an impressive skyline. As one of the largest cities in Latin America, it could risk sprawling as an uncontained mess across endless suburbs, but the historic Plaza de Mayo keeps its centred and grounded. You'll find plenty of shimmering skyscrapers in the Puerto Madero barrio, as well as evidence of European and North American Modernism across the city’s skyline. 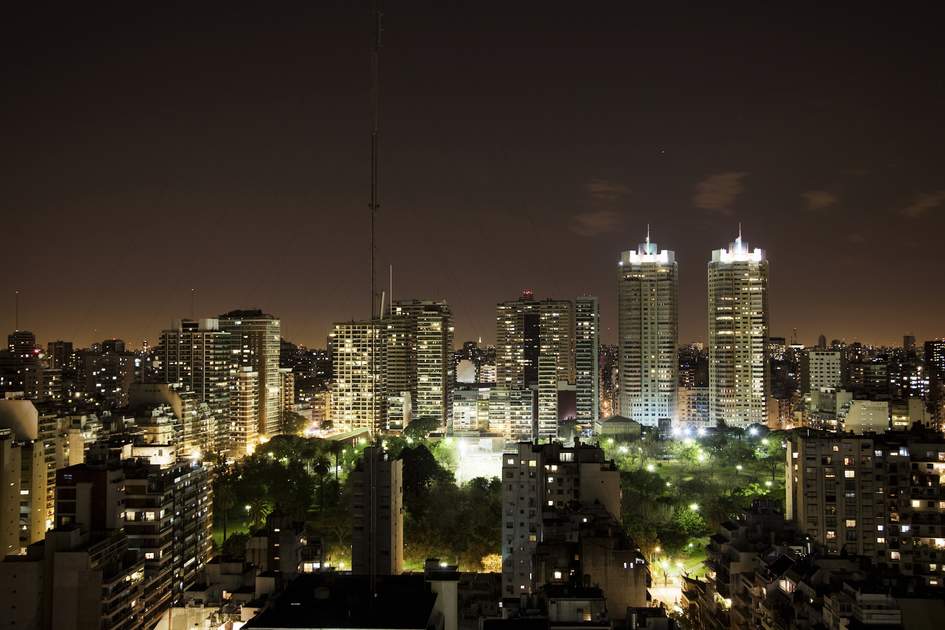 Probably the most surreal skyline on the planet, the world has watched in awe as Dubai has developed from dusty desert to a place of gleaming glass towers and artificial islands. And it doesn’t end there. Even though the city is home to the tallest building in the world – the epic Burj Khalifa reaches 828m into the sky – latest plans show a new 'megatall' tower earmarked for the heart of the old Dubai.

Visitors to the city can view buildings of all shapes and sizes, from the iconic, sail-shaped Burj Al Arab Hotel to the camera-pleasing Emirates Towers. But, be warned, you may feel a little overwhelmed. 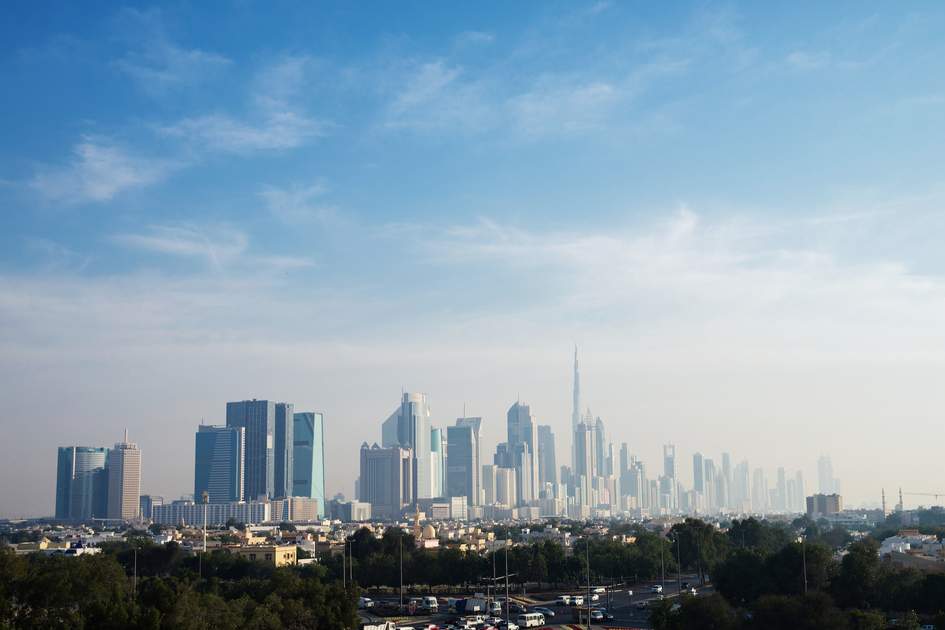 Ideally placed on the north-west shore of Lake Ontario, Toronto is another bit-hitter with natural surroundings. Of course, the CN Tower is the most prominent spot on the skyline and provides a great platform to take in the rest of the city’s surroundings. From the top you can see the whole of Toronto in a huge panorama in which the glass-and-steel skyscraper canyons of the Financial District, the geometric dome and resolutely modern structures of the Ontario Place leisure centre, contrast with the old-fashioned architecture of Victorian houses. Far beyond the city, you will see the full sweep of Lake Ontario’s so-called ‘Golden Horseshoe’. 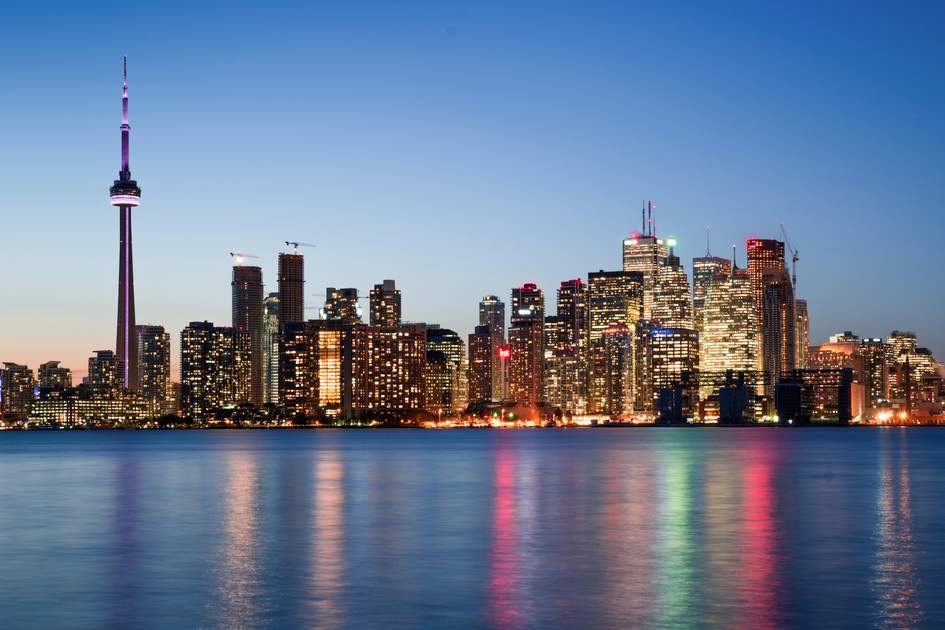 It may be a small city-island state but Singapore has an impressive skyline all the same. Strategically situated on the tip of the Malaysian peninsula between the Indian Ocean and the South China Sea, Singapore has made itself the busiest port in the world. The city is bursting with blockbuster-style theme parks, extravagant gardens and cultural enclaves for you to explore.

Insight Guides can help you travel the world over with our travel experts and on-the-ground-suppliers. Where do you want to go? 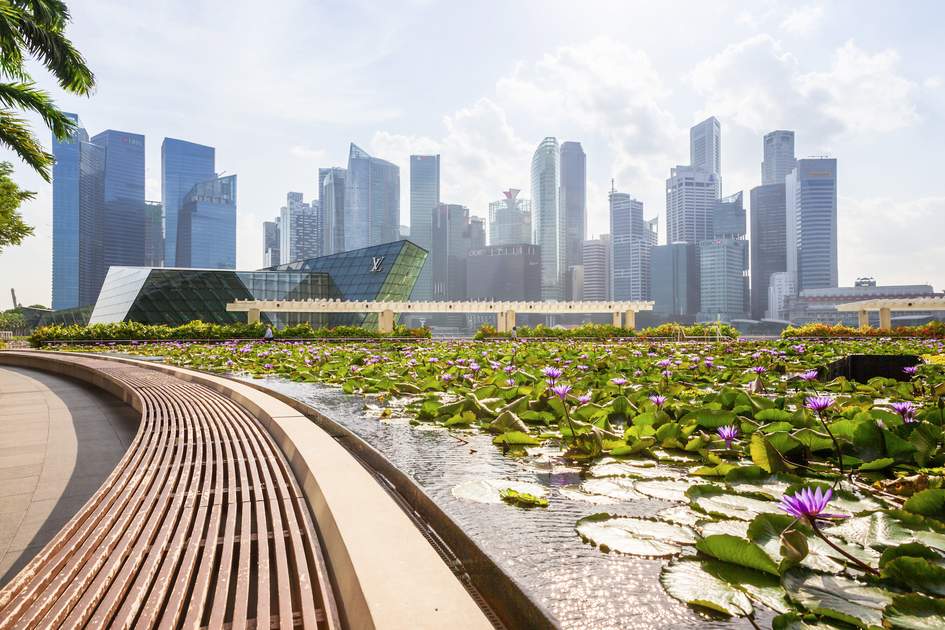 20 most Instagrammable places on earth

12 foods that look gross but taste good (we promise!)

The definitive list of where you need to travel in 2016

Where to plan a last-minute summer trip for 2016

Get your autumn holidays booked now: where to travel in September, October and November